The adidas Members Week is about to start 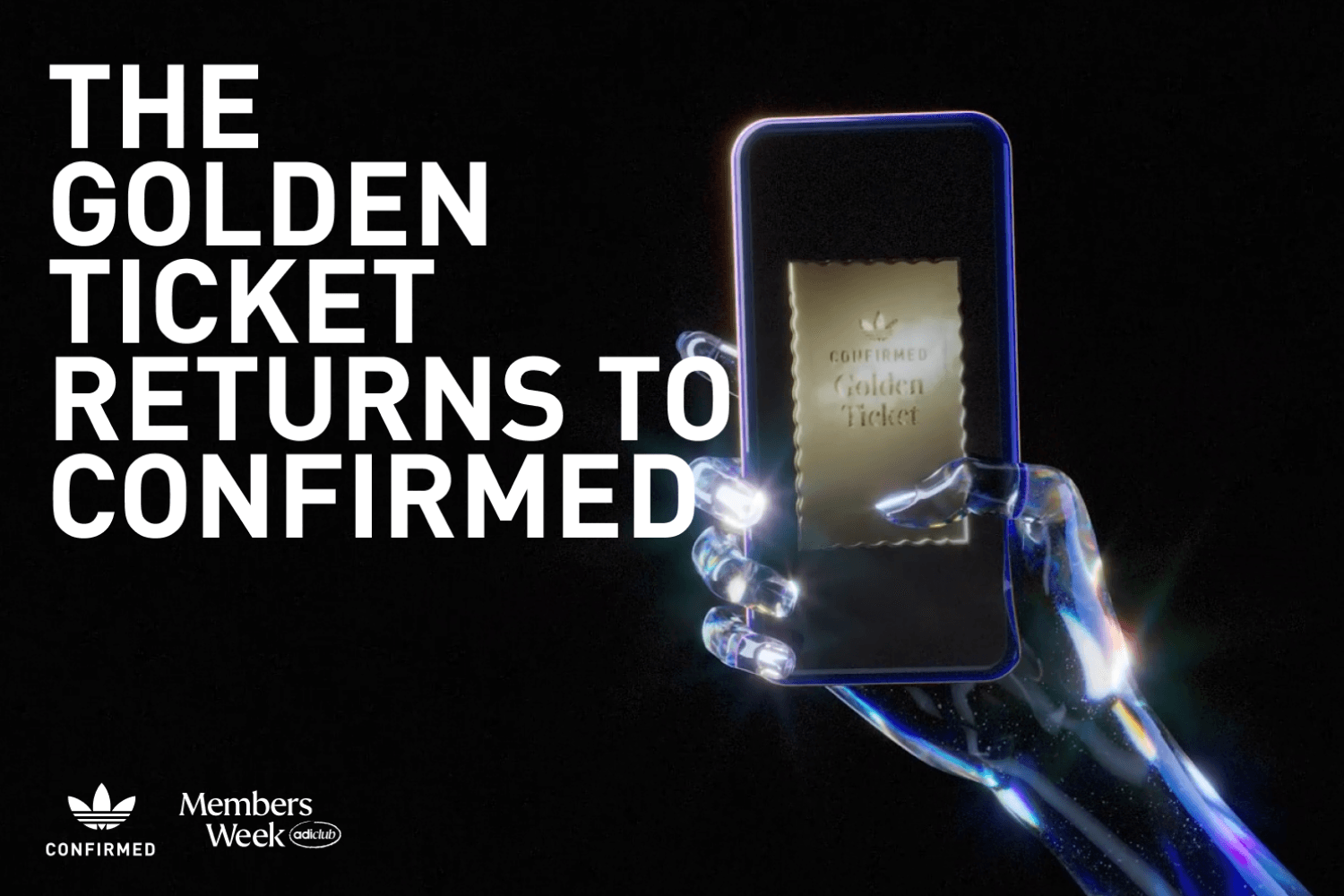 The adidas Members Week will soon start again in the adidas CONFIRMED app. During this week, members will be put in the spotlight and have a chance to win the Golden Ticket. Different special kicks and collections will also be released in the app during the week from 30 September to 6 October 2022.

Here's what you need to know in detail:

adidas Members Week returns this year and comes with special promotions. During Members Week, adidas members will have the chance to win special prizes in the adidas CONFIRMED app. This is the third year that adidas is highlighting its members and is doing so with exclusive promotions and releases.

This will give members exclusive access to apparel and sneaker drops. With this week, adidas wants to show their gratitude to the community and does so with inspiring talks, special releases and giveaways. During the previous Members Week, adidas dropped trainers in collaboration with Kerwin Frost, Jeremy Scott and Pharrell Williams.

This year, adidas is coming up with a special "Wakanda Forever" collection and members can win a full prize package, including an autographed print. During the week, members can join various workouts and train with Chris Nikic. In addition, the Scratch & Win game will give you the chance to win wireless earphones from adidas.

To top it all off, adidas is coming up with the Golden Ticket again this year, 2022. This prize gives lucky winners access to exclusive drops in the CONFIRMED app for a month, including on the Yeezy collection and other special collections. During the week, members can sign up for the ticket draw via the app. Here is how it works in detail:

The Golden Ticket will be redeemable in the CONFIRMED app after Members Week. From 7 October to 6 November 2022, the ticket will give you access to all releases in the app. After this period, you will have to sign up for all the raffles again as usual.

In addition to the Golden Ticket, you can also win a unique Stitched Classics t-shirt by embroidery artist Fiancé Knowles. Knowles is an artist from Cape Town, South Africa, and is known for her vibrant embroidery artwork. The prints are inspired by pop culture and the beauty of nature.

Keep an eye on our news page for the latest updates regarding the adidas Members Week and have a chance to win the coolest prizes. The week starts on 30 September and runs until 6 October 2022.