The adidas Humanrace Sichona is up next in CONFIRMED Members Week 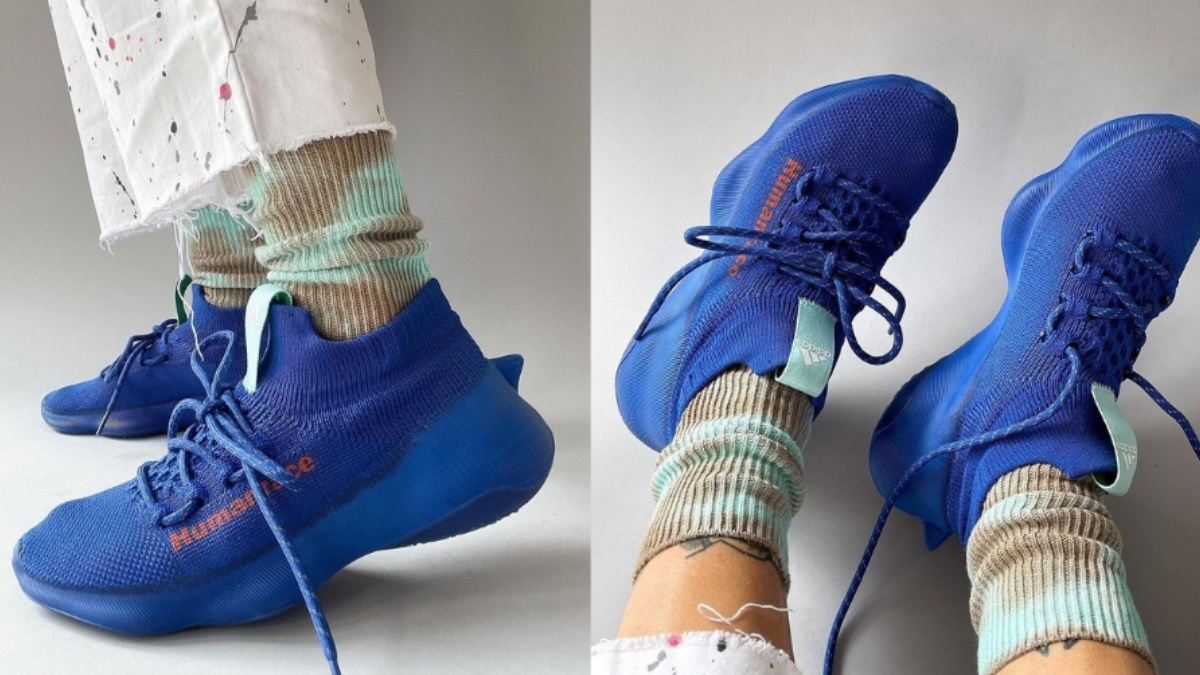 The adidas CONFIRMED Members Week is at the halfway point and there are still a few releases to go. The adidas Humanrace Sichona is the next drop in collaboration with Pharrell Williams.

Chances are that you have seen the news about adidas CONFIRMED Members Week passing by. A lot of different sneakers have been released and special collaborations have taken place.

adidas has introduced the CONFIRMED Members Week to show their appreciation to their fans. From Monday 23 August to Sunday 29 August, different sneakers will be dropped and you can watch exclusive interviews.

From 12 August, you had a chance to win a Golden Ticket. The draw for this ticket took place on Monday 23 August. With this ticket, you won't have to worry about any raffles this week and you're guaranteed a 'W'.

Pharrell Williams and adidas add a brand new model to their long-standing collaboration. This new silhouette was designed by both parties and is based on human design innovation. adidas was able to introduce a new technology with the Sichona, namely the Futurenatural technology.

"I was looking for the feeling I had as a child when I walked barefoot on the grass, in the sand and on the rocks. The feeling of the texture, the temperature, the moisture… That unique feeling of freedom was the starting point of this project."

The adidas Humanrace Sichona is designed with all careful attention. This way, few mistakes could be made and the best result was achieved.

Thanks to new technologies and human design innovation, it doesn't feel like you're wearing a pair of trainers at all. The model feels like your own body. To explain this, we look at four parts of this model.

The upper is knitted and has a distinctive texture. On the side you can find the Humanrace logo. On the label on the tongue is the adidas logo. The laces are round and go through the upper.

Adidas' Futurenatural technology combines the Primeknit upper with the running sole. The sports brand has devised and applied this technology so that it provides a naturally flexible shape.

adidas has used a computer generated sole for this model. This gives you many opportunities and possibilities. One of these possibilities is that adidas has chosen to directly inject the midsole.

Lots of grip with the running sole

On the upper of this model, there are few prints and few motifs. To balance this, the outsole has a Humanrace print. The small print gives you extra good grip on the surface.

The draw for the adidas Humanrace Sichona will start on Friday 27 August at 10:00. Make sure you have clicked on 'enter' before 09:30 in the morning. Did you win the Golden Ticket? Then you don't have to worry about the raffle.

Available at 8 webshops
View all retailers

Do you want to receive the latest sneaker news more often? Follow us on Instagram and download the Sneakerjagers app. In the app you can find the release calendar and read our blogs.