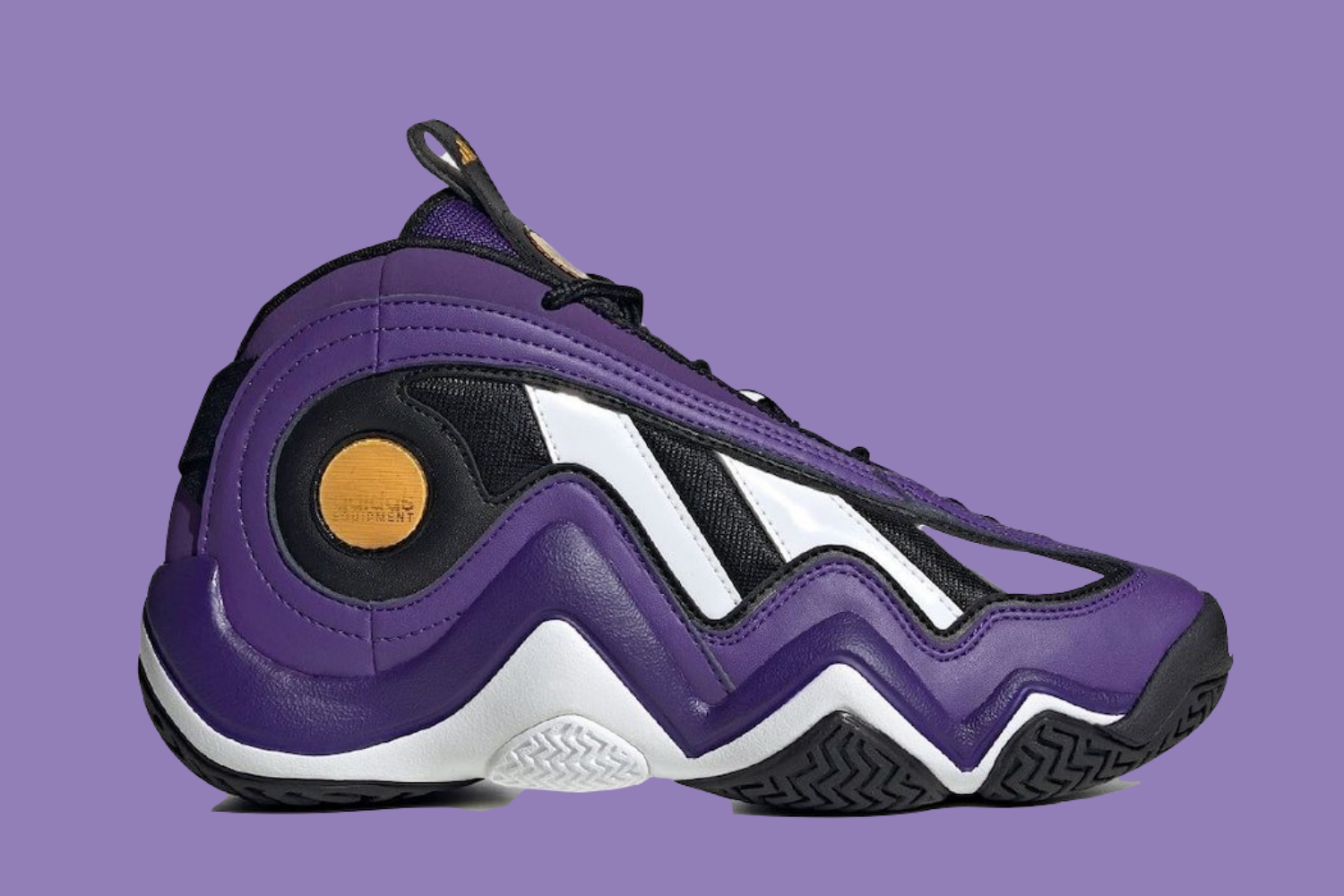 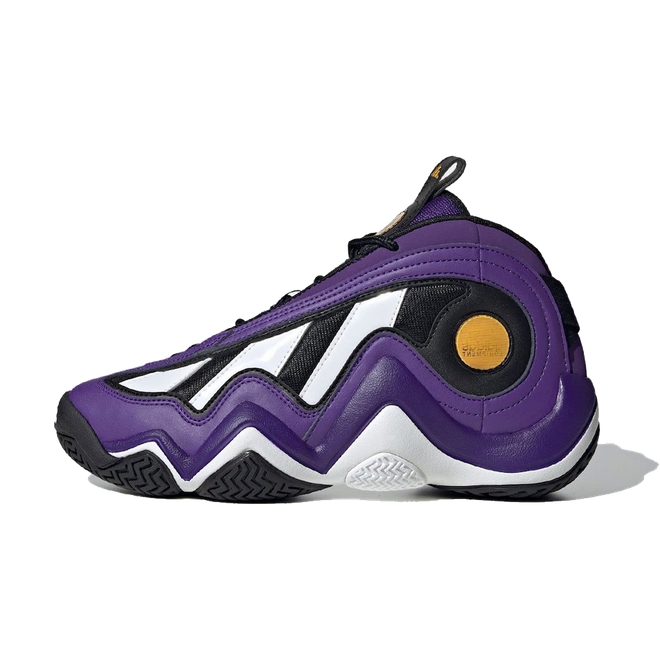 Kobe Bryant's 'Dunk Contest' adidas Crazy 97 EQT returns in 2022. Before basketball player Kobe Bryant joined Nike, he signed with adidas. In a 1997 Slam Dunk Contest, Kobe went down in history as the youngest winner. The Crazy 97 celebrates its 25th Anniversary in 2022 and to celebrate, adidas re-releases the 'Dunk Contest'.

In 1996, Kobe signed his contract with adidas. During his first season in the NBA, he wore the 'EQT Elevation' in many games. This model was later called the 'Crazy 97 EQT'. Now, the silhouette is making a comeback in its OG colorway. The upcoming pair is coloured purple with white and black.

The 'Dunk Contest' has an upper made of mesh and leather. The leather overlays are purple. On the middle panel you can see the three adidas stripes. These stripes run all the way to the nose and are white. The midsole has a striking shape and is wavy and angular. This shape runs over to the upper and makes it a remarkable pair.

On the heel is the adidas Equipment emblem. This is coloured gold. The sneaker has a high fit and has at the heel elastic bands that provide strength. The adidas logo can be found on the tongue and the nose.

The adidas Crazy 97 EQT 'Dunk Contest' doesn't have an official release date yet. However, the model is expected in February 2022. Check out the official images of the sneaker below. 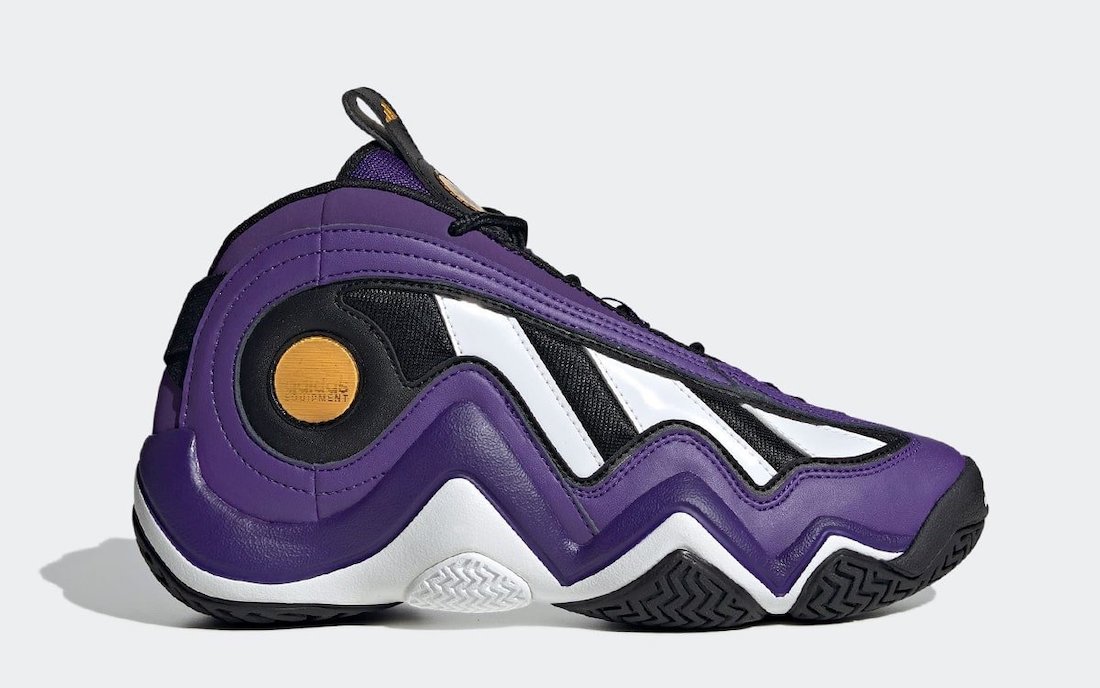 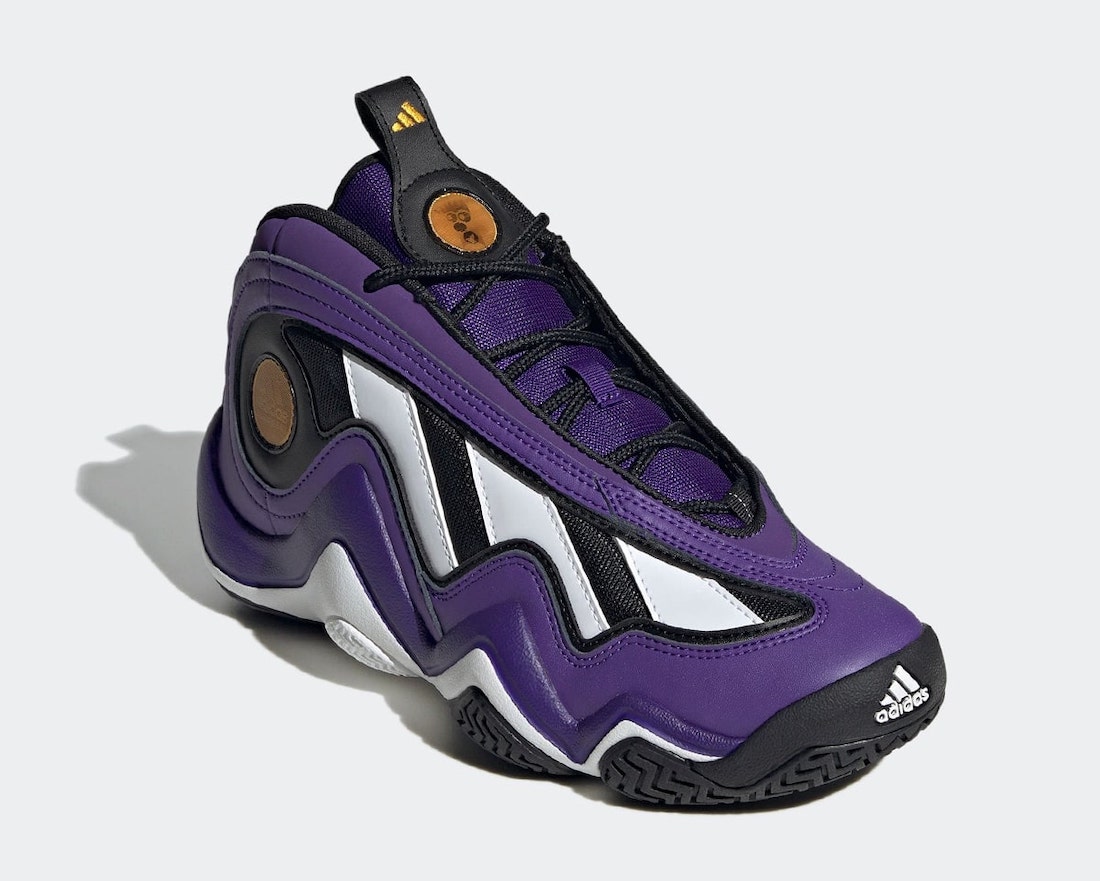 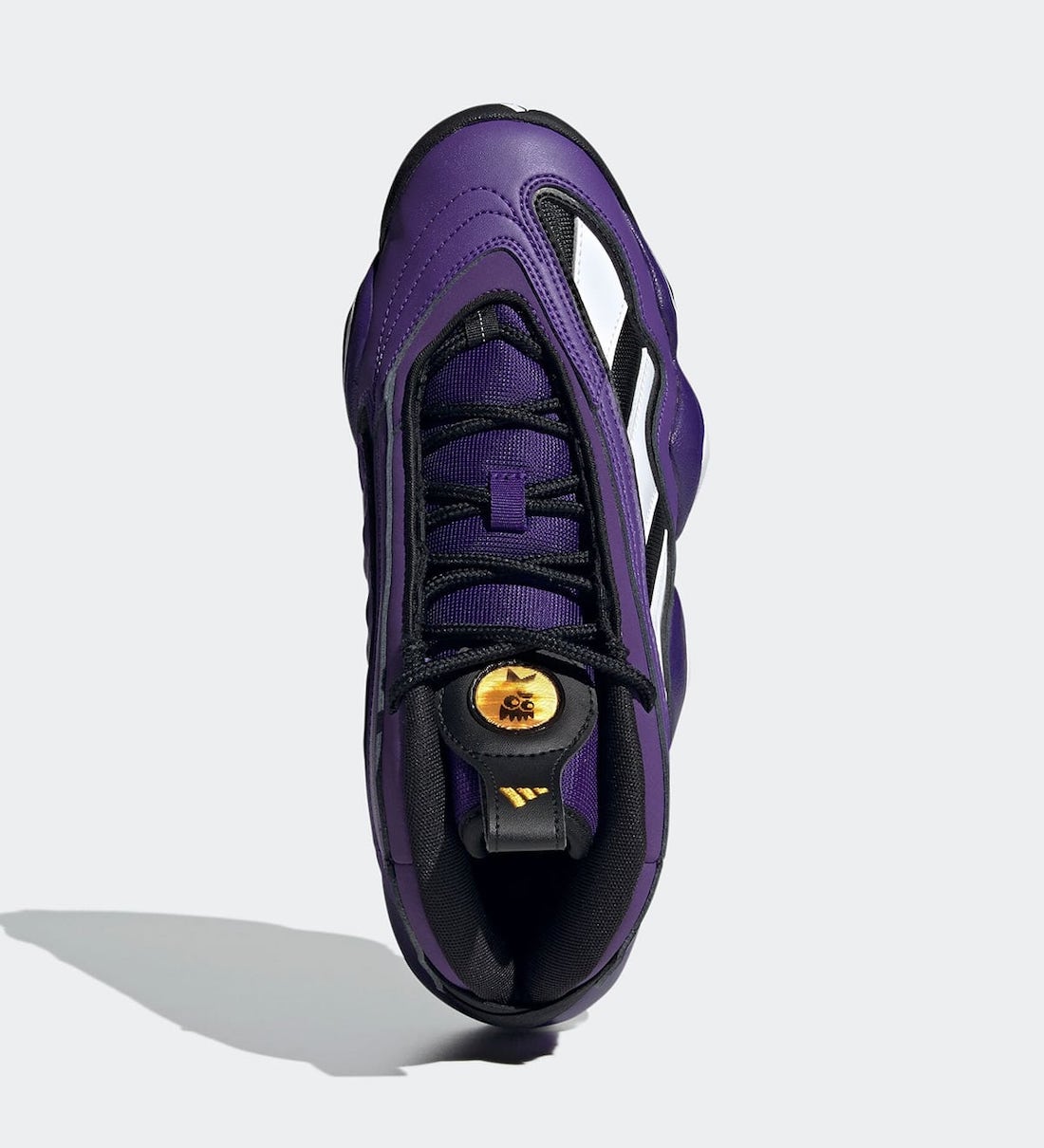 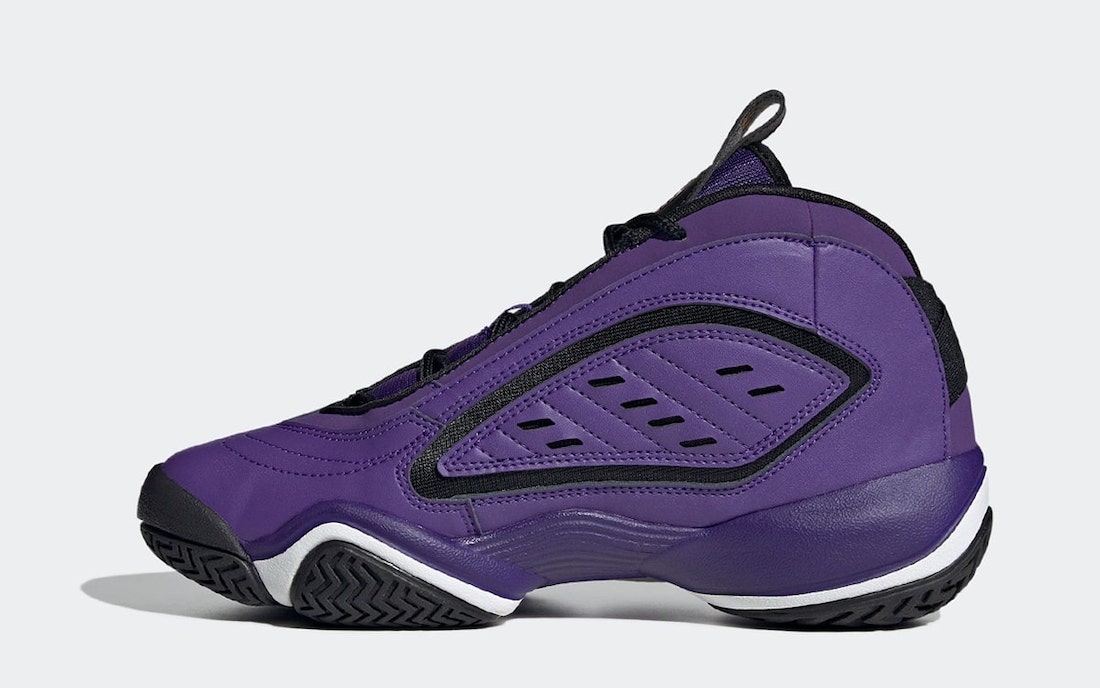 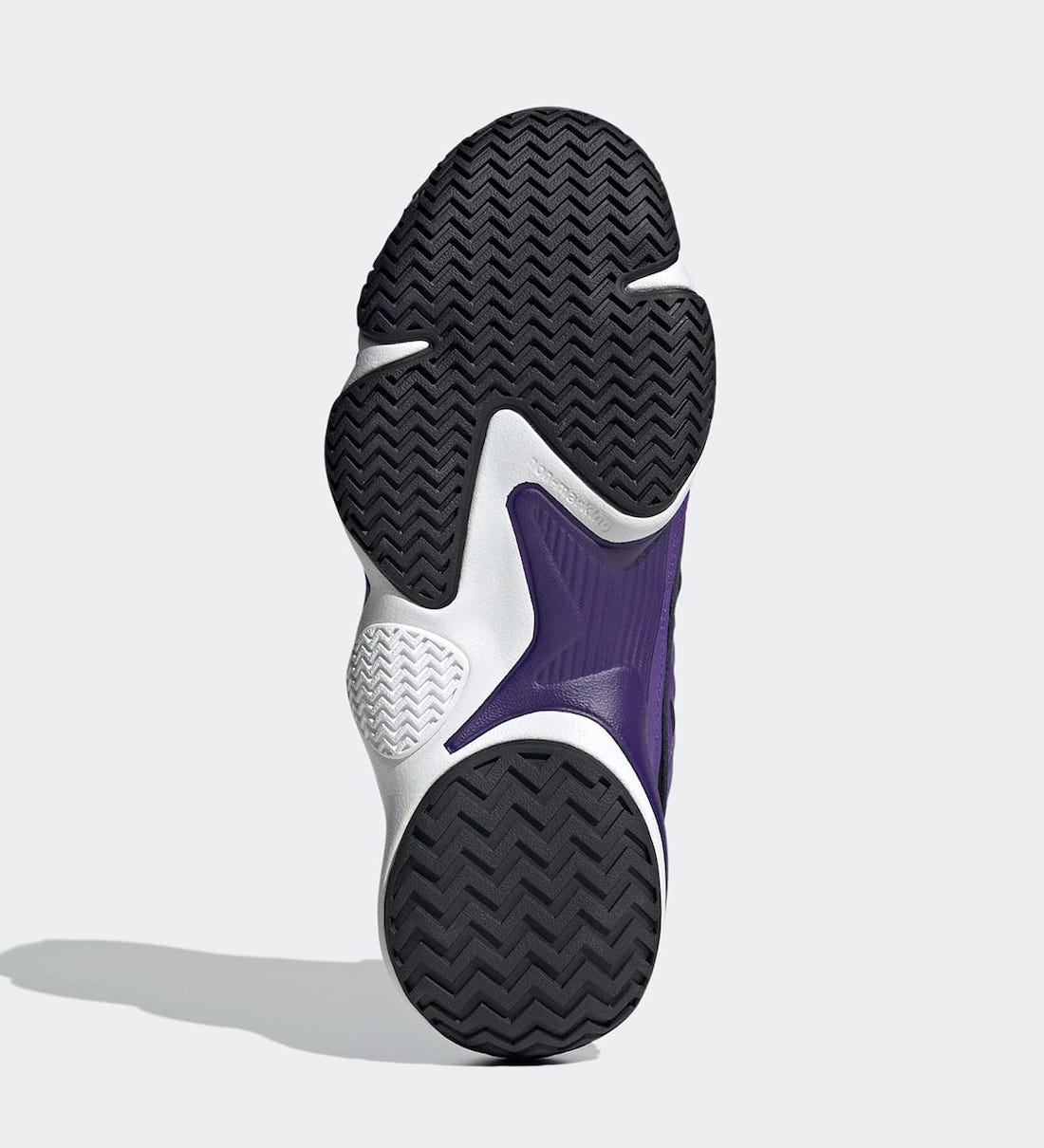 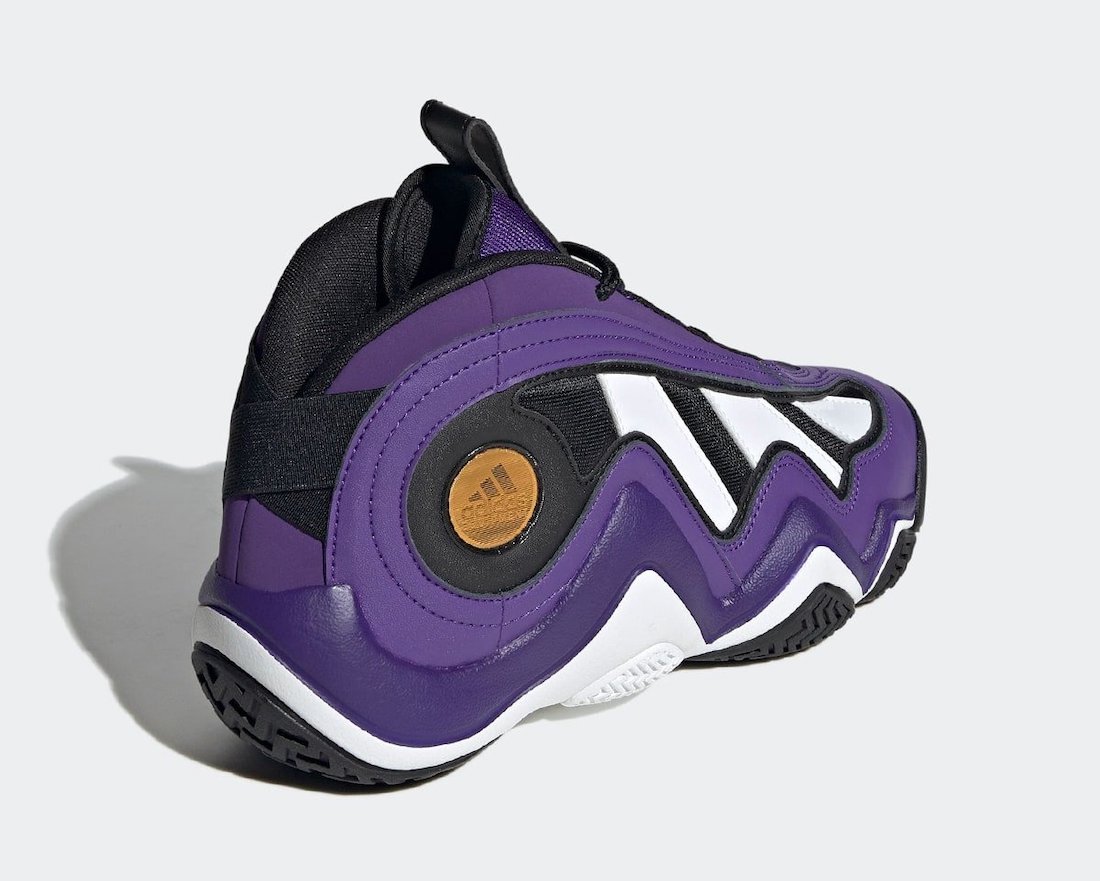