the adidas Campus 🎓 a classic under the radar? 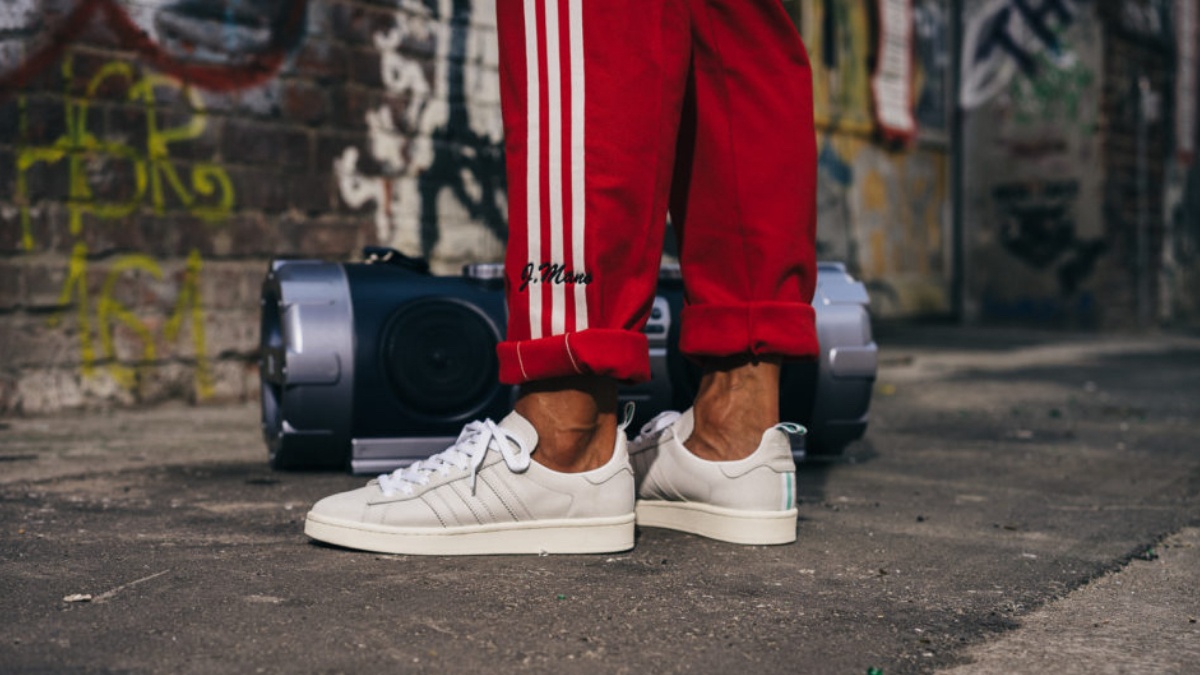 We at Sneakerjagers like to take a look at the adidas archives and deal with silhouettes that might not be on everyone's radar. The adidas Campus is certainly familiar to many of you. But still, compared to other classics of the Three Stripes brand, the model moves a little under the radar.

Today we want to introduce you to the adidas Campus in detail and also clarify what makes it a classic.

How it all began for the adidas Campus

Our history takes us back to 1970 when the Campus was launched as a basketball shoe for professional athletes. In the beginning, the silhouette was called 'Tournament'. It was only in the 1980s that the sneaker was renamed 'Campus'.

After its start as a sports shoe, the adidas Campus quickly conquered the skater and hip-hop scene in the course of the 80s, but also found ever greater appeal in street style.

However, it was through hip-hop that he gained fame. That's how he found his way onto an album by the Beastie Boys, 3 New York rappers, where the campus made it onto the cover in 1992.

Nevertheless, the sneaker has always remained a little underrated over the years. You could say both at the time and still today. Next to models like the Superstar, for example, it did not attain comparable status back then.

Nevertheless, the Campus has basically never left street style, which makes it an absolute classic even today.

"The combination of casual street style and adidas' signature comfort still makes it a great choice for everyday wear and sports."

The Design of the adidas Campus

The silhouette is reminiscent of the roots of kicks and features a sporty style with a basketball look. Comfort is also a top priority here. Thanks to its sporty past, the Campus from adidas has very good cushioning.

Most of the time, you see these models with a high-quality suede upper. Of course, the three stripes on the side and the heel tab with adidas branding are also part of the design. The Campus name is usually written on the side, often in gold or otherwise eye-catching.

Today, the Campus is still popular and a must-have for vintage lovers due to its status and style. The construction of the sneaker clearly shows the time it comes from and similarities to the 'siblings' Samba and Gazelle are also undeniable.

Different versions of the adidas Campus

Over the years, the adidas Campus has played a bigger role in street style and has been the object of desire for several collabos. Among them heavyweights like BAPE, Footpatrol, Human Made, the Berliners from 032c and a few more. Despite some minor changes, the sneaker has always remained true to its roots.

Available at 3 webshops
View all retailers
€80

Available at 2 webshops
View all retailers
€65

In 2017, the model made a comparatively big comeback and was pushed again by adidas Originals and put in a new spotlight.

In the meantime, there is also an 80s version, which was created by designer Kazuki Kuraishi from Japan and is a little slimmer than the OG basketball shoe.

The Campus by adidas for men and women

With its clean design, suede upper and classic adidas style, the Campus can be combined with many styles for both men and women and fits sporty, chic, casual and many other outfits. Due to its versatility and the rather minimalistic design, the adidas Campus is also very popular with women.

Even in 2021, the Campus still lives from its vintage vibes and classic style. An adidas classic, even if it is perhaps a little under the radar in comparison.

Over the years, there have been many versions with different materials and a few different colorways, but the classic, monochrome looks have often prevailed. Prices range from around €30-100, depending on the version and whether you get a good deal.

You can find a selection in our sneaker collection. There you can shop the Campus by adidas in women's, children's and men's sizes and also see at which shop your size is currently the cheapest.

In our sneaker news we often introduce you to the stories behind sneaker models and also report on everything that is new in the sneaker scene. You can also find style inspiration, release reminders, sale promotions and exciting projects and interviews.