The 5 best-selling sneakers of week 3 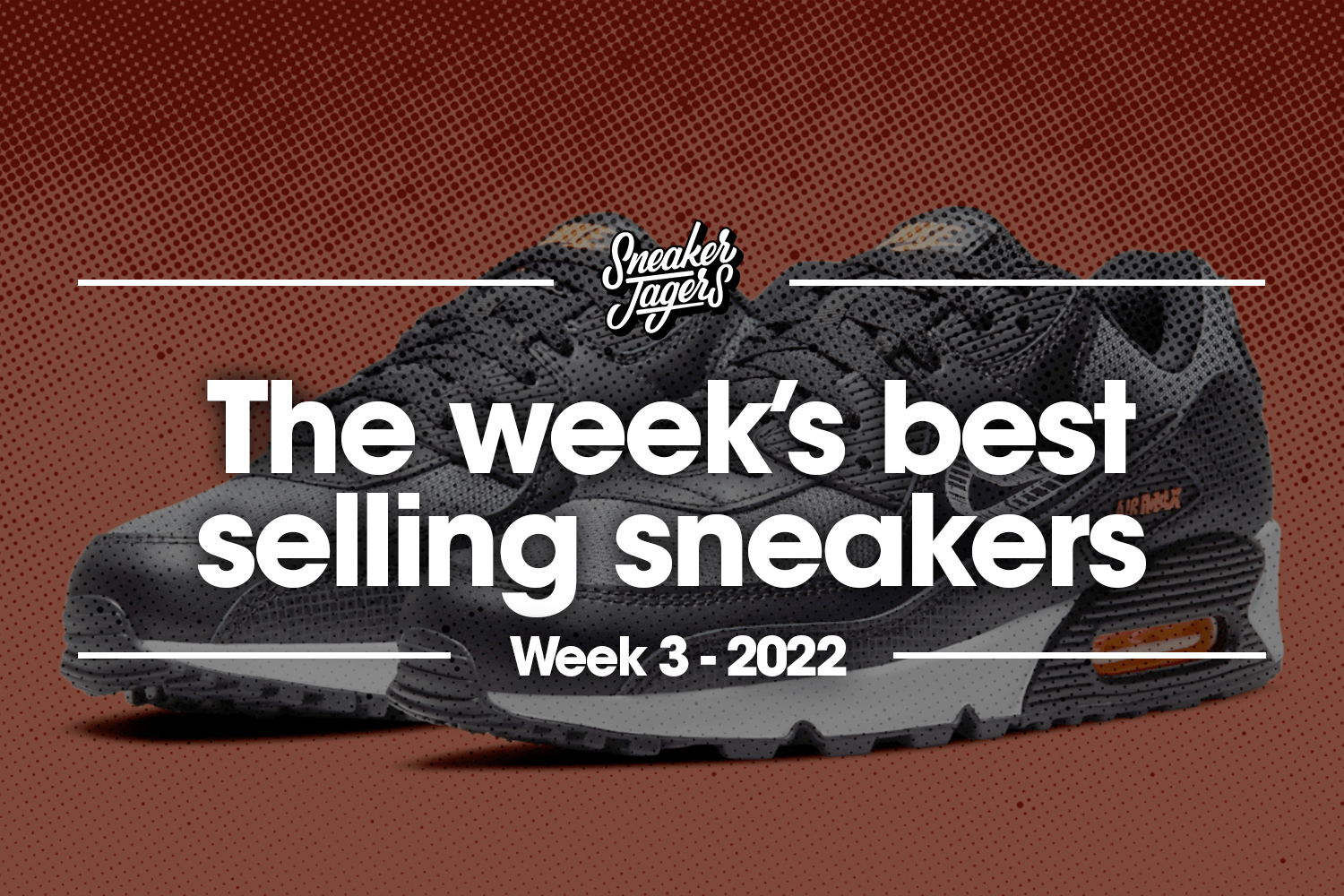 Week 3 of 2022 is already over and it's time to look back at the five best-selling sneakers of the week. This week's list includes a lot of Nike's, but also one special New Balance collaboration. Your dream pair might be in this list.

Every week the team of Sneakerjagers publishes a list of the five best-selling sneakers of that week. The overview is based on the purchases of all pairs at more than one hundred and fifty sneaker stores and partners of Sneakerjagers.

This Nike Air Max 90 has a dark colour scheme. The upper is made of grey mesh and black leather. The mudguard has a checkered pattern with light white lines. The midsole is white and the outsole is black.

The Swoosh on the side has a playful effect. It appears outlined in 3D and is in white. The branding and the Air Unit of this shoe have a striking orange colour.

The base of the upper of the Nike Air Force 1 Cut-Out Swoosh 'Black' is made of leather and is in white. The midsole and outsole are also in white.

The Swoosh on the side steals the show. A mini Swoosh appears to have been cut out of the black Swoosh. This mini Swoosh is placed on the heel. This ultimately gives you three Swooshes on the side, the big one, the small one and the cut out one. The rest of the branding is also in black.

The Casablanca x New Balance XC-72 'White' was originally released on December 11, 2021. Recently, the pair received a restock and the sneaker is still available.

The XC-72 has a perforated leather upper with suede overlays. The 'N' on the side is also made of suede. The tongue and the heel feature the Casablanca and New Balance branding.

The Nike Air Force 1 Shadow 'Bright Spruce' has an ideal colour scheme for the winter. The upper is made of leather and is white with grey. The Swoosh on the side has been given a blue colour with a metallic finish.

The double overlays and elements of the AF-1 Shadow make the grey shades different. Under the blue Swoosh, there is also a light grey Swoosh.

We conclude our overview of the five best-selling sneakers of the week with the Nike Air Huarache 'Lethal Pink'. This sneaker has a colourful colour scheme. The tongue and collar of the trainer are in pink and the middle panel and the heel are orange.

The rest of the upper is in white, and the heel strap is in black. The midsole is also white with light grey splashes. The outsole is in black.

Haven't found your dream pair in this list? No worries. Click on the button below to go to an overview of the most popular sneakers at the moment.