The 5 best-selling sneakers of week 2 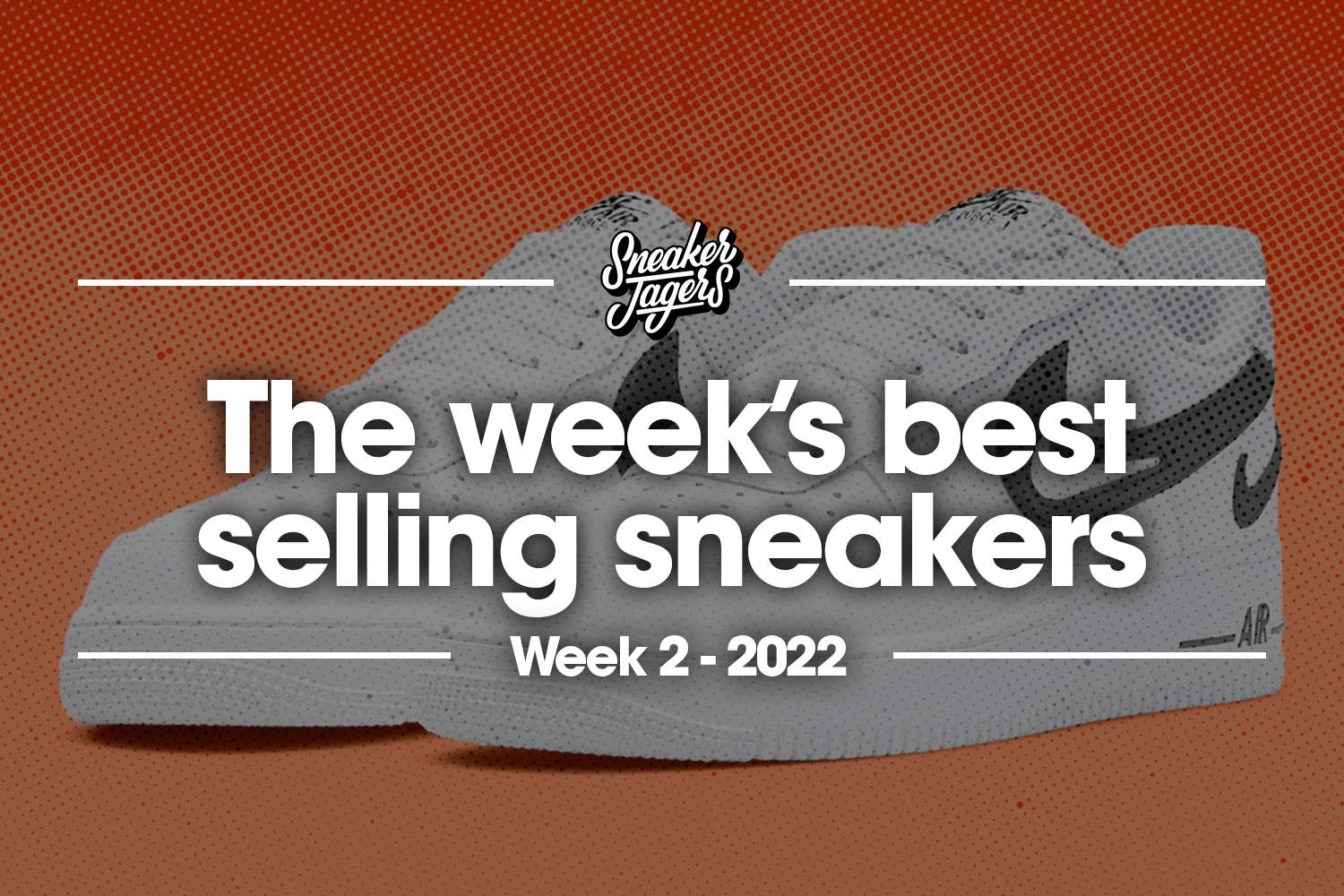 The year has only just begun, but already a lot of new kicks are being bought. The list of the five best-selling sneakers of week 2 is therefore full of different models. Have you already bought a pair to start off 2022?

Every week the team of Sneakerjagers publishes a list of the five best-selling sneakers of that week. The overview is based on the purchases of all pairs at more than one hundred and fifty sneaker stores and partners of Sneakerjagers.

The Nike Air Force 1 Cut-Out Swoosh 'Black' has a white upper made of leather. The midsole and outsole of this pair are also in white.

The Swoosh on the side steals the show. A smaller Swoosh has been cut out of the Swoosh. The mini Swoosh is placed on the heel. Both Swooshes are in black, just like the rest of the Nike branding on this pair.

The Nike SB Ishod Wair 'Light Olive' is made for skating. The upper is made of suede in a light brown colour. The side panel of this trainer has a ribbed pattern in black. The Swoosh, collar and tongue of this pair are also in black.

The Nike Wmns Dunk High Up 'Yellow' has a refreshing colour scheme. The upper is made of leather and has double overlays. The base of the pair is in white.

The overlays and outsole have a striking yellow colour. The extra mini Swoosh on the side has also been given this colour. The larger Swoosh is in light grey and the midsole in white, like the base of the upper.

The New Balance 990v4 Version 4 'Grey' has an upper made of various materials. The base is made of mesh and the overlays are made with a combination of pigskin suede and leather.

The upper of this 990v4 consists of different shades of grey. On the tongue is the MADE in USA logo and the 'N' on the side is also in grey. Under the collar we see a red label with 'Version 4' on it.

We conclude our overview of the five best-selling sneakers of the week with the Air Jordan 1 Acclimate 'Dusty Pink'. This pair is especially designed for winter and can withstand a lot of weather conditions. The pair is also lined with a warm material, so you won't get cold feet.

The upper of this Jordan 1 consists of different materials such as leather and rubber. The overlays and the base consist of different shades of pink. The Swoosh on the side is white.

Is your new pair not in this list? Click on the button below for all popular sneakers at the moment.