The 5 best selling sneakers of week 17 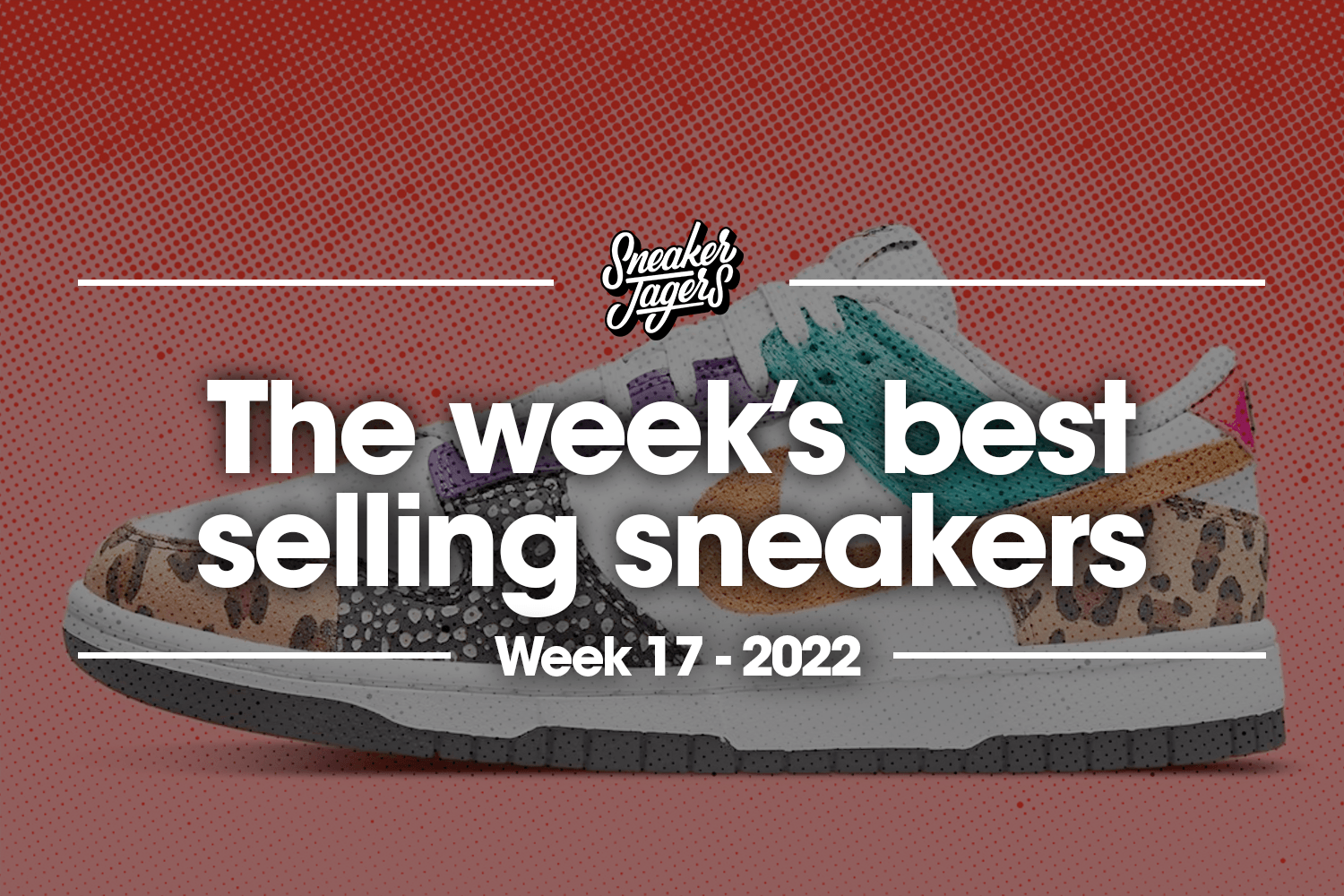 Sunday is here again and it's high time to look back at the five bestsellers of the week. This week we look at the best-selling sneakers of week 17. Nike was very popular this week. Did you buy a new pair of the American sports brand?

Each week we at Sneakerjagers release a list of the five best-selling sneakers of the week in question. This overview is the most recent and actual sneaker top five list of the entire Netherlands. The overview is based on the purchases of all pairs at more than one hundred and fifty sneaker stores and partners of Sneakerjagers.

This week's best-selling sneaker is the Nike Dunk Low SE WMNS 'Animal'. A lot of different animal prints can be spotted on the pair.

The upper of the Dunk is mainly made of leather. The toebox, side panel and heel are in white. The white base makes the colours of the Swoosh and all the overlays stand out. On the overlays feature a panther print, a black part with white specks, a green hairy part and a purple part. The Swoosh is made of suede in orange.

The Nike Air Max 90 SE WMNS was also released last week in an 'Animal' colorway. On the upper of this AM90 has a similar print like on the Dunk above.

White is also used extensively on the upper of this pair. The mudguard and overlay are divided into different areas, resulting in different colours and prints. Purple, turquoise, red and yellow can be spotted on the overlay and mudguard. Between the colours is also a panther print part as another highlight.

The Nike Air Max 90 Premium 'Habanero Red' features a red colorway. The upper of the pair is made of mesh and held in beige- a trend colour this summer.

The mesh on the upper is dark grey and can be found on the toebox and around the heel. The overlay and mudguard are made of suede in different shades of red. The Swoosh on the side is made of leather and in white, just like the Nike branding on the red heeltab.

The pair appears very simple at first glance. The upper is made of mesh and leather in white and beige. On the overlay is a holographic element that represents the theme of the shoe. Different colours appear on this piece due to the difference in light.

Available at 13 webshops
View all retailers

We close the overview with the five best-selling sneakers of the week with the Nike Air Max 90 WMNS 'Barely Rose'. The sneaker has, as the name implies, a pink colour scheme.

The upper of the shoe is again made of mesh and leather. The toebox and collar are in a light pink colour and the overlay and heeltab are also in this style. On the mudguard is a salmon pink colour for some twist.

Are you still looking for a new pair, but wasn't anything in this overview for you? Then click on the button below. The button will take you straight to a page with the most popular sneakers at the moment.