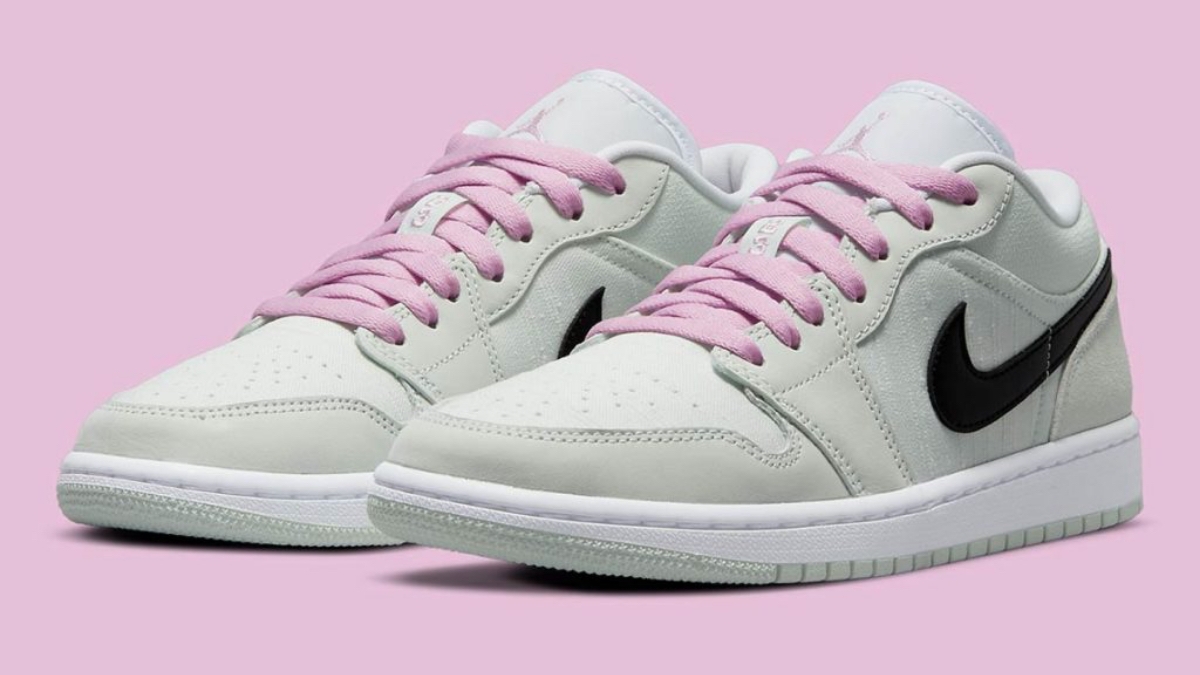 Jordan Brand teases and announces more and more releases for next year. We expect many new colorways for the Air Jordan 1 High, Mid and Low. Plenty of releases to look forward to! This time, it is an Air Jordan 1 Low we are going to talk about. We see materials on the sneaker, which we don't often see on an Air Jordan 1 colorway.

Jordan swaps the classic leather upper for canvas material. The canvas is found in the toebox and on the sides of the Air Jordan 1 Low. The overlays are not made of leather, but of suede. Both materials have been given the refreshing colour: 'Barely Green'. The Swoosh, which is made of leather, has been made black. The Jumpman logo, Air Jordan logo on the heel and the laces have been given a nice pink colour. This is all done on a white midsole and a light green outsole. This new colorway is very similar to the Air Jordan 1 Mid 'Dutch Green', which was also just announced by Jordan Brand. The same pink details are found on both sneakers.

The release date of the Air Jordan 1 Low 'Barely Green' is not yet known, but we can expect the sneaker soon. Check out the images below and keep an eye on the Sneakerjagers release calendar to never miss a sneaker release again. Follow us on Facebook for extra sneaker content.