Sneakerness Amsterdam teams up with Zalando 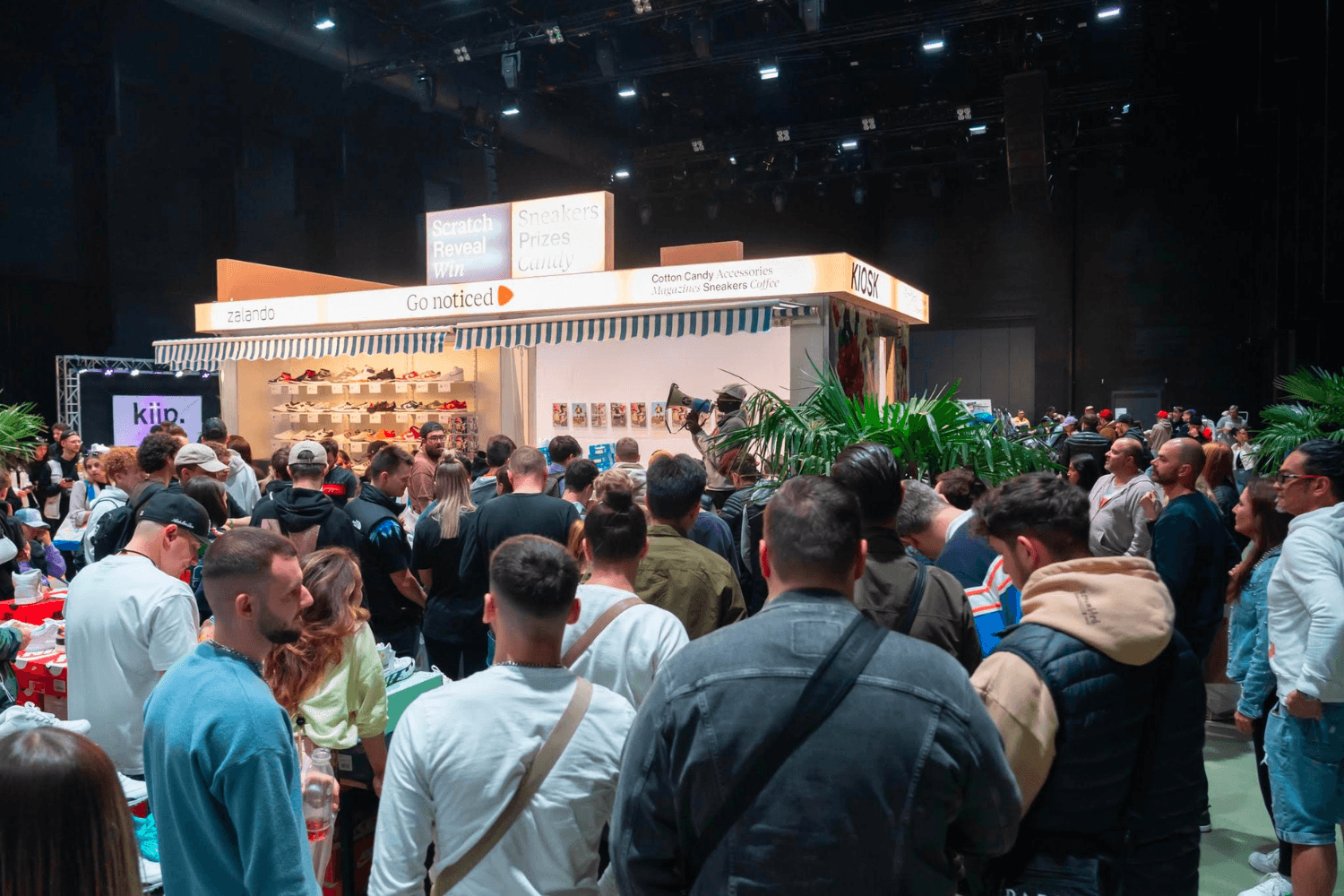 Sneakerness is returning to the Netherlands, and collaborates with Zalando in the upcoming edition. Sneakerness has been a beloved event among sneaker lovers around the globe since 2008, and is considered one of the biggest sneaker events in the world.

As well as Sneakerness Zürich, the event has also been hosted in several major cities, like the Paris and Milan editions, which are on the agenda again. This year, it's Amsterdam's turn to host the major sneaker event at the Kromhouthal. With stands from a lot of sneaker vendors, the location will be packed. As well as the opportunity to buy and sell sneakers, there will be much more to do, watch and listen.

None other than DJ Tune will be spinning the decks once again. In addition to his spin sessions during The Turnover at Sneakerjagers, he is also a regular DJ at Sneakerness. Other things to expect at the event are customisation workshops, T-shirt printing, tattooing, and a real Sneakerness nail bar there to serve you.

In the first weekend of June, Sneakerness is coming to the Kromhout Hall with Zalando as the presenting partner. The two names are no strangers to each other and worked together on the last Sneakerness edition in Zurich.

The German fashion retailer will be at Sneakerness with its own booth. At 'The Kiosk' visitors can participate in a scratch & win contest. When scratching the cards, a print of Jonas Cozone's (@jonascozone) which he designed especially for Sneakerness will appear.

The lucky winners who scratch the Zalando logo will win an adidas Originals Forum Low. This pair can then be customised by sneaker artist Aimée Adriaansen (@takeyouraim__). Should you be less lucky with the scratch & win action, there is an ice cream for every participant and participants can register for the hourly raffle. In this raffle, an exclusive sneaker will be raffled off every other hour.

Besides 'The Kiosk', Zalando is also coming up with 'Culture Talks', a YouTube talk show in collaboration with CONVO. This talk show is hosted by Complex NL creative director Armin Shah and starts at 14:00 on Saturday. She hosts guests such as Twan van Steenhoven, also known as Big2 from rap duo The Opposites, and Caroll Lynn (@careaux). She is a well-known sneakerhead and designer of sneaker NFTs.

Together they will talk about the cultural background of iconic sneakers, current trends in the industry and much more.

Zalando is a German fashion retailer and was founded in 2008. In recent years Zalando has become one of the largest fashion retailers in Europe. The focus here is on streetwear and the culture behind it.

In 2021, Zalando switched their men's collection to 'Zalando Street' and has since focused more on streetwear brands such as Carharrt WIP, The North Face, HUF and Obey. Zalando also dives into the stories behind collections and streetwear brands with @zalando_street. Zalando recently came up with the 'Get Noticed' campaign. With this campaign, the German fashion retailer gives a platform to the local communities of Amsterdam, Rotterdam and Eindhoven.

Sneakerness will take place on June 4 and 5, 2022. Tickets for the event are going fast, so be quick. The event works with time slots, so check which time slot is best for you. Also be sure to check out Zalando's streetwear collection and score your outfit for Sneakerness.