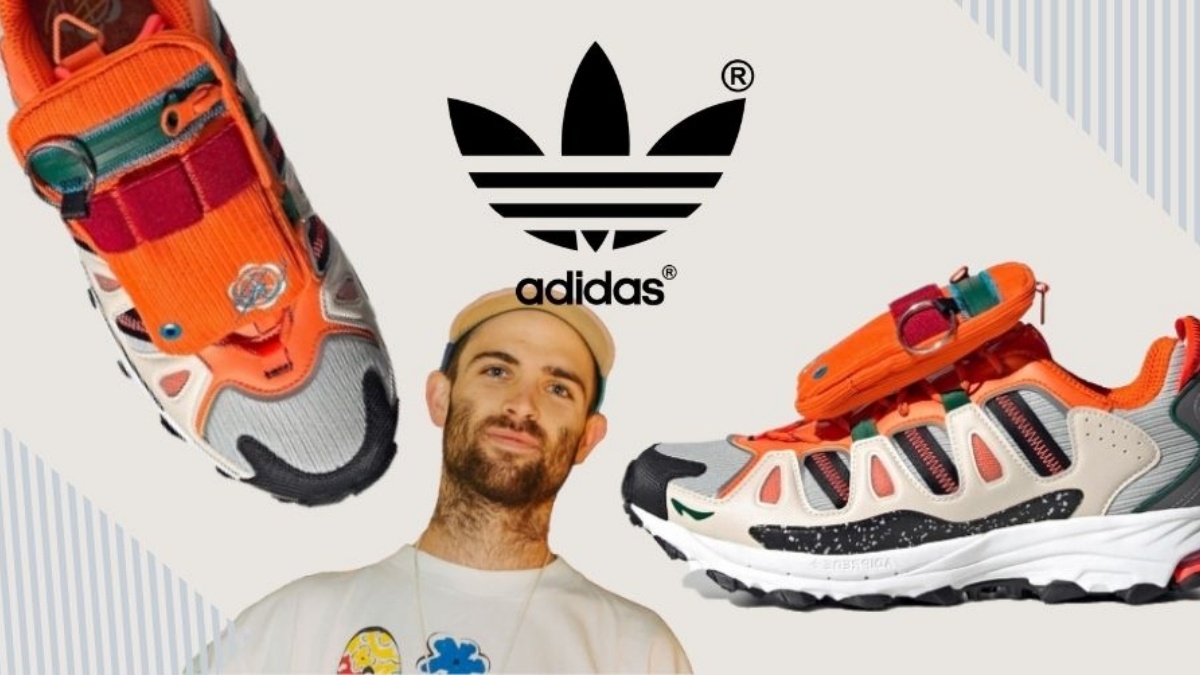 Sean Wotherspoon has designed another sneaker with adidas and comes up with the 'Superturf Adventure'. This colorway of the Superturf will be released on November 12.

After the 'Disney' Superturf that adidas released in September 2021 with Wotherspoon, the sneaker now gets a new colorway. This pair consists of different vegan materials and has, just like the 'Disney', a pocket on the lace-up. This one is zippable and is made of corduroy.

The 'Adventure' has a corduroy upper and are light blue-grey. The overlays on the model are white and made of synthetic material. On the middle panel you can see the three adidas stripes in black. This colour is also found on the nose of the model.

The adidas Superturf 'Adventure' combines a lot of different colours. Pink accents can be found on the upper and in the midsole. The lacing panel is orange, as is the pocket that is zipped onto it. On this pocket you can find different details like the zip, a key ring and Sean Wotherspoon's signature logo. The adiPRENE+ midsole is white and the mudguard above has cork accents.

The colourful pair will be released on 12 November 2021. Keep an eye on our release calendar to not lose track of this sneaker. Also don't forget to follow us on Instagram, Twitter and Facebook and don't miss a thing.

Raffles only
View all retailers