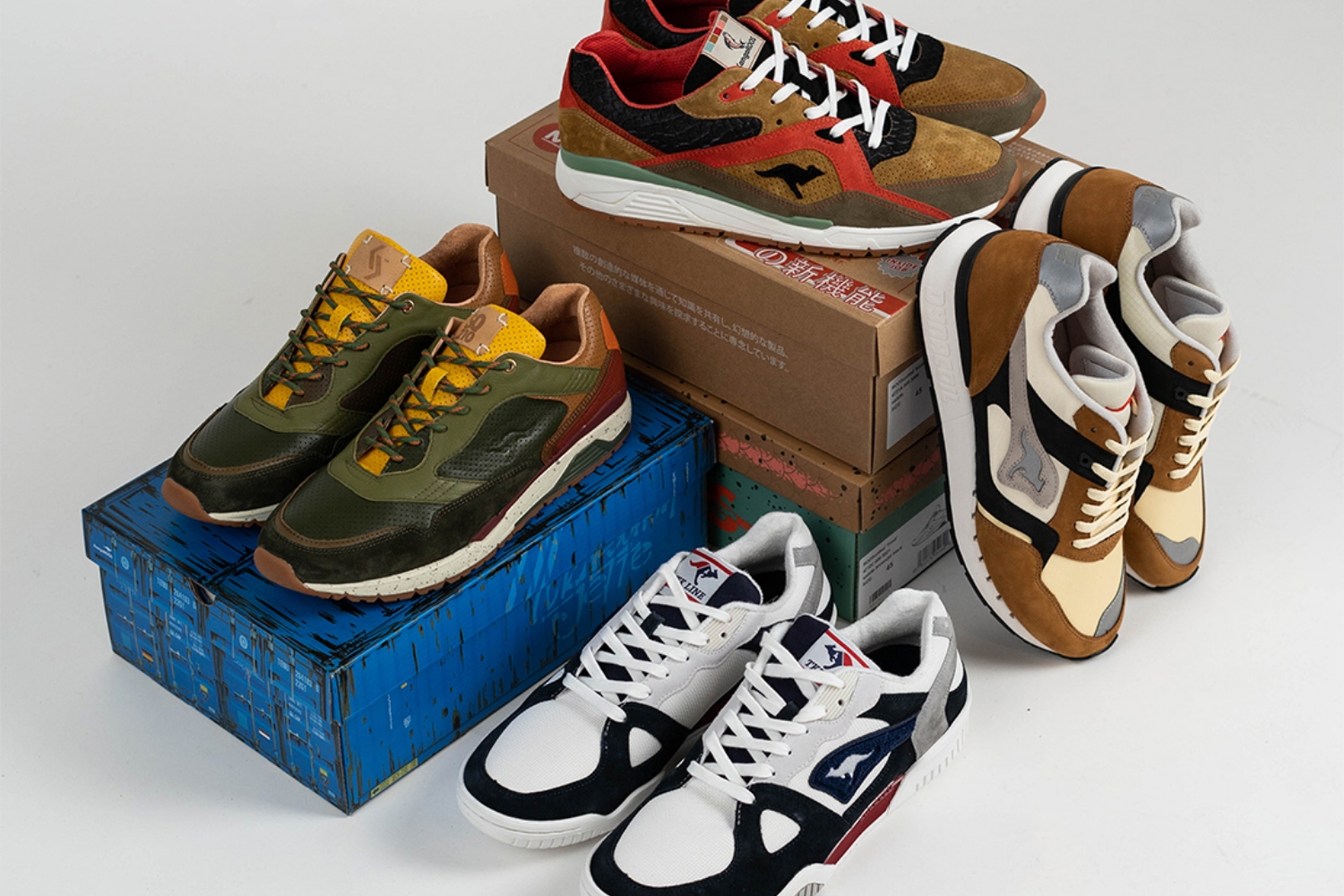 Hello dear sneakerjagers! It was only at the end of October 2021 that KangaROOS' latest project entered its fourth and final round. With ROOS United, the established sportswear brand launched a brand new collaboration project in July. Some well-known faces from the sneaker scene were each allowed to design a limited edition model of the brand in two teams.

All pairs of the ROOS United series were limited to a number of a few hundred pairs. They were/are available from Egotrips and other selected retailers. As is often the case with KangaROOS, each sneaker produced is handmade by the German shoe manufacturer Hummel & Hummel using selected, high-quality materials.

Here we present the individual collaborations, briefly go into the backgrounds of each sneaker and show you where you can get the last pairs of ROOS United collabs!

"Bringing true Sneakerheads together - no borders, no boundaries - this is ROOS UNITED."

The ROOS United collaboration series was kicked off by none other than Sneakerjager's brand manager Tommy Triggah together with his long-time friend Morgan from Morprime Industries. At the beginning of July, the 'Inside Job' was conjured up on the rarely seen running model by KangaROOS, the Racer Hybrid.

Limited to 500 pairs worldwide, this modern rework is a world first in terms of colours and materials on the Racer Hybrid.

Click on the button below for a list of all retailers that still have the first sneaker of the ROOS United series in stock.

The second tag team of ROOS United 2021 is made by two creative minds from the German scene. Kwills and Tornschuhjette deliver a nice design on the increasingly popular Ultralite OG. The new makeover represents the home of both artists.

Inspired by the port of Hamburg with its cargo ships and containers, the colorway of the shoe imitates one of the big ships. The 90's vintage look with clear contrasts and high-quality materials such as suede, mesh and chenille support the features of the classic Ultralite silhouette.

Click on the button below for a list of all retailers that still have the 'TKK Line' in stock.

Available at 9 webshops
View all retailers

In the French Pyrenees, as well as in large parts of Bavaria, conditions are still mostly paradisiacal for all fishing enthusiasts. And that's exactly what French sneaker enthusiast Selecta Bisso and his good friend Max Loewe from Kassel have in common.

In both regions of the two sneakerheads, the rainbow trout is also one of the most fished trout species. Here, the appearance of the fish serves as the unifying element of this cross-border collab.

Highlights are the scaly leather on the base and the cool prints on the tongue as well as both insoles, which show the source of inspiration.

Click on the button for a list of shops that still have the shimmering 'Rainbow Trout' in stock.

The last member of the ROOS United series was only released at the end of October 2021. The 'Cherry Maple' reflects the current Autumn season and the global wonder of the seasons, alongside the friendship of the two sneakerheads Sneakerqueen and Kish Kash.

Inspired by damp forest floors, moss and Autumn leaves, as well as the individual rays of sunlight shining through the treetops, the two deliver a colorway that is not only colourful, but beautifully designed.

Due to the meticulous craftsmanship, the sneaker offers an incomparable quality of materials. It also promises a grandiose finish. Sneakerqueen and Kish Kash hope that this collab will find its way into nature on many hikes. But no matter on which path. Whether in the forest or the asphalt urban jungle.

Click on the button below for a list of all retailers selling the last sneaker of the ROOS United 2021 series.