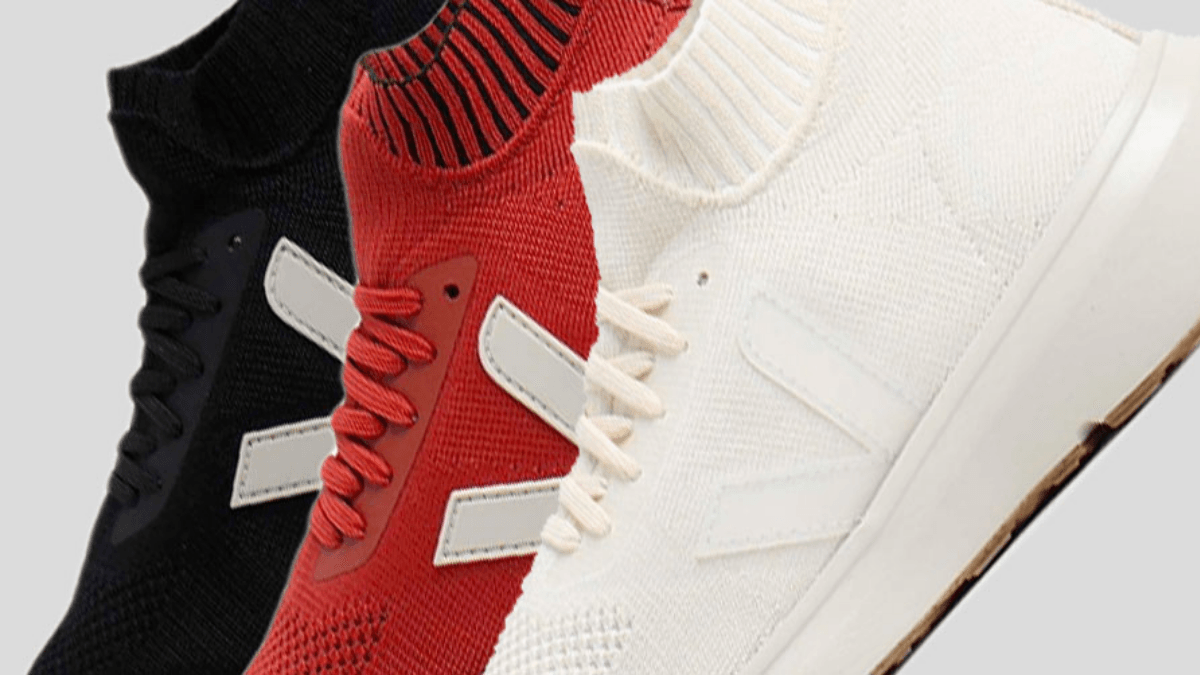 Three different sneakers or colourways will be released on Friday 16th of October 2020. All on the same silhouette, but in three different colours. All clolorways cost 270€. You can find all retailers selling the shoe, on 16th of October, by clicking on the button of the respective Colorway.

The three sneakers are all the Veja Runner, as a special high top sock variant, that was never before seen at Veja. Previously, the Veja Runner was only available as a low-top version, but typically Rick Owens, the sneaker could not remain completely unchanged. Accordingly the extra "sock" on the sneaker. For those of you who already know Veja, you know, that their sneakers stand for sustainability, for those who didn't know Veja yet, this was the first important fact about Veja. That's why the Rick Owens x Veja Runner is also partly made of pebax rnew 100 and wild rubber, two very sustainable materials. On this same upper you can see the classic Veja logo on all three colourways. As a first little delicacy, here are some pictures of the first of the three Colorways.

Veja - Sneaker that change the planet?

So as mentioned before, Veja stands for sustainability, but also fair production, vegan products and environmental awareness in general. The sneaker brand was already founded in 2005 by Sébastien Kopp and François-Ghislain Morillion, but the hype about sneakers only came in the last few years. You can find out exactly what makes the sneakers so sustainable by clicking here. If you like the sneakers themselves better than the background story, then click on this link here, there you will find some of the best sneakers of the French sneaker company.

Before we get to Rick Owens, here are the photos of the second Colorway.

We go from the French sneaker brand to ✈️……… Paris to an American fashion brand. How can that be? American fashion brand, but the headquarters in Paris? This is because Rick Owens, which is the brand of the American designer Rick Owens, fits perfectly into the Parisian fashion scene. The designs are a mixture of artistic designs with dark accents. That, sounds super awkward and hard to understand, so here is the last fashion show of Rick Owens, so you can imagine it better.

Do you know what I mean now? However, I have to protect Rick Owens here, because his normal clothes, which are not exclusively designed for the catwalk, are also easy to wear normally and often look really good.

The Veja x Rick Owens Runner is not the debut of the brand in the sneaker game, because on the one hand it is not the first collaboration with Veja, on the other hand Rick Owens himself produces high end sneakers, which are super popular in the high fashion and high end sneaker scene. In addition to that, Rick Owens has worked with other sneaker brands before for cheaper sneakers.

Finally, here are the photos of the last of the three Colorways for you, have fun!