Rich Paul tells the story behind his New Balance 550 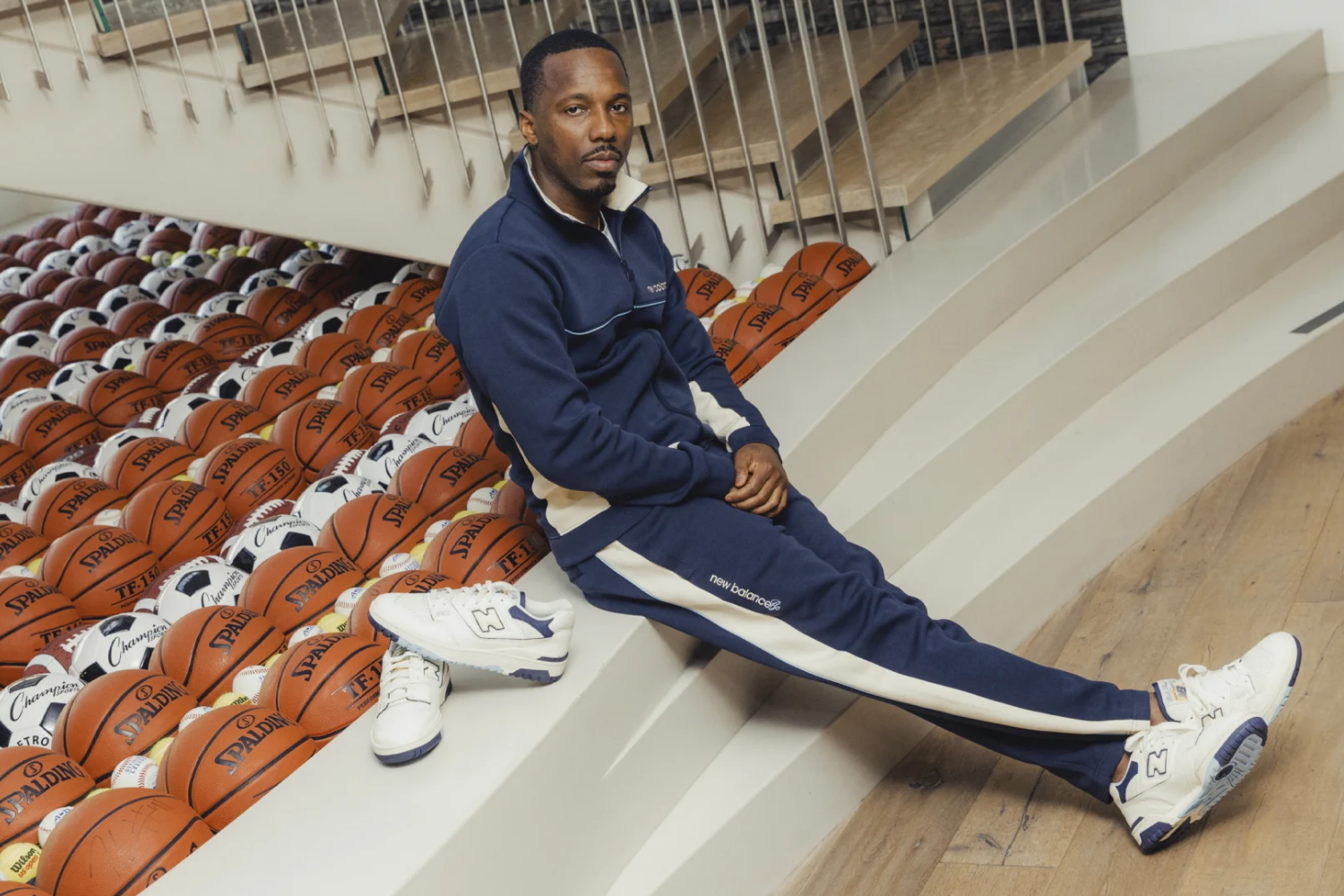 Rich Paul has teamed up with New Balance and is releasing an NB 550. The sports agent is known for representing basketball players like Lebron James and Chris Paul in his own agency called 'Klutch Sports Groups'. In an interview with Complex, he talks about the collaboration with New Balance and what the collab means to him and the sports community.

Sports agent Rich Paul has collaborated with New Balance for the first time and comes up with his own 550. The New Balance 550 first appeared on the market in 1989, but was not immediately received with open arms. At that time, the running models like the '990' and '1500' were very popular. The basketball shoe '550' did not appeal to everyone, except in Europe.

Now, some 30 years later, the model is back. The retro pair was reintroduced to the market by clothing shop Aimé Leon Dore and since then, more and more pairs have been released. One of them is the collaboration with Rich Paul, in which the pair has been given a cream and blue makeover. Rich himself has a great affinity with basketball and the sports world around it. This collaboration is therefore very important to him.

For someone who grew up during the time of the first release of the New Balance 550, the sneaker has a nostalgic feel for Rich. The collab has Rich Paul's name on it, but he doesn't see it as his own shoe: "This is to encourage kids to dream bigger and to find their balance". With his sneaker, he wants to stand up for the youth.

A sneaker for the youth

With the 550, Rich wants to create an avenue for the youth. "In a time like today, in which everything on social media is a right-now type of environment," Rich says. "I worry about our kids today, given the fact that there's so much shown, but there's no pathway to get it, you know?" According to him, it is important to show the children that the end result is not the most important thing, but the way to get there.

Speaking to Complex, the sports agent says that he thinks it is important to set an example for the youth. "I think that I like to do things [that are] purposeful and impactful. And, in this case, there's this idea of success and what that really means." According to him, there is a certain image of success and the youth tries to pursue it, without having an example.

"I felt like it was an opportunity for us to encourage the youth, and to really inspire them that their thoughts do have value, their wants are achievable and attainable, their dreams are definitely reachable", according to Rich. With the collab, he tries to encourage young people and be an example to them. "I want them to not be discouraged, to really believe in whatever they think they can be. You can actually be that, and I’m living proof of that."

For Rich, the partnership with New Balance was something he didn't have to think about for long. "It was a no brainer for me, honestly." He and Chris Davis, chief marketing officer of New Balance, have been friends for a long time. Rich is also a big fan of the message the brand is trying to get across and has an affinity with the New Balance 550.

"Well, I think the 550 is nostalgic. If anybody knows me, I'm really an old soul in a lot of ways," Rich says. "I grew up in that late '80s, early '90s type of feel." At a young age, Rich was already a big fan of sneakers and took bus trips to get his kicks. He also noticed at this age that building relationships was very important and would often approach the manager of a sneaker shop for a chat.

"At such a young age, I’m 12 and 13 years old, building those relationships with those guys, and having to, where they actually followed through", he told Complex. And now, some 25 years later, he has his own New Balance collab and the circle is complete. "It’s just something authentic to me", he says about the sneaker.

The sneaker has a cream and dark blue colorway. The retro pair has the sports agent's name on the tongue and has the N logo on the centre panel. This colour scheme was the first one Rich picked out and, according to him, is suitable for everyone. "Everyone can wear it, the palette of it, you can match it with pretty much anything in terms of the base," Rich said.