Reebok and Keith Haring bring art and sneakers together 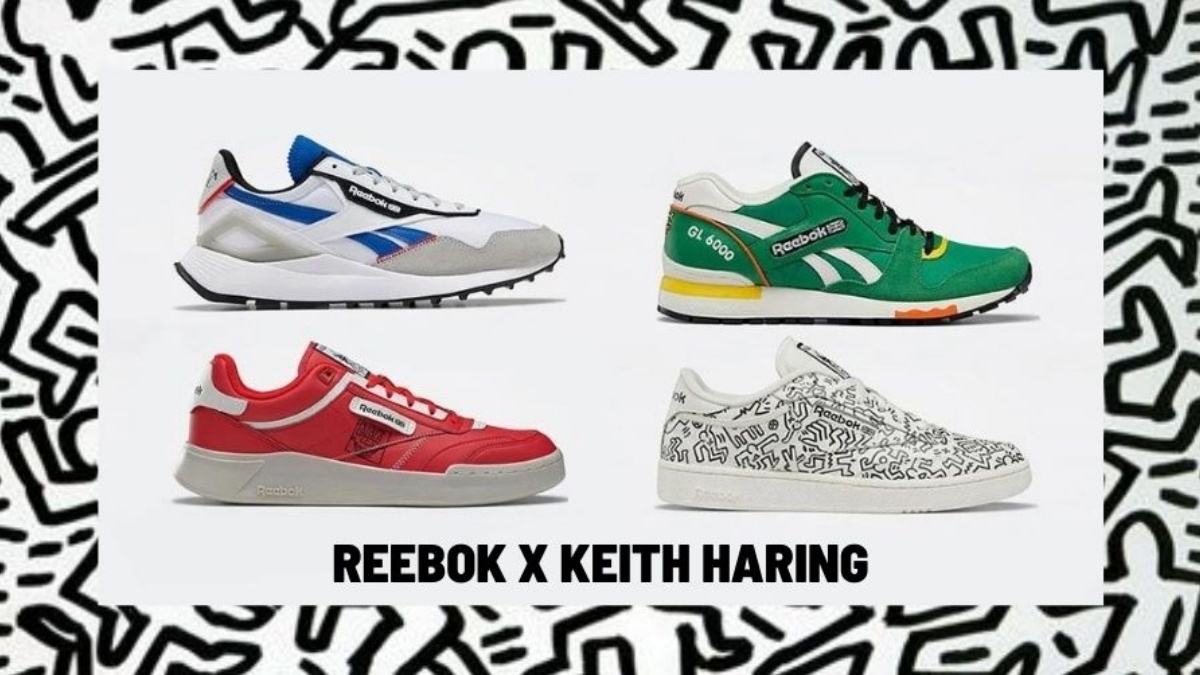 Reebok and Keith Haring come together to bring the world of art and sneakers together. Keith's designs have already appeared on models from Converse and adidas and are now also seen on Reebok pairs.

The Club C, Club C Legacy, GL6000 and the Classic Leather. These are the four models that result from the collaboration between the brand and the artist. Each pair receives an artistic makeover and pays homage to Keith Haring's latest works of art.

Keith is known for his cartoon-like paintings and drawings. These deal with subjects such as AIDS, drugs and apartheid. The Club C from this collaboration is dressed in a cartoon-like print that perfectly matches the artist's artwork. The sneaker has a white and black colour scheme and carries a Keith Haring tag on the tongue.

The second pair from the collab, is the Club C Legacy. The silhouette features a red upper, with Haring's 'Three Eyed Monster' on the centre panel. The kicks also feature white midsoles and outsoles and the Keith Haring tag on the tongue.

Available at 8 webshops
View all retailers

We also have the GL6000. The sneaker comes with a green upper, on which orange and yellow accents can be found. The Keith Haring tag is visible on the tongue and on the heel 'GL6000' is written in white. The silhouette has a white midsole and is supported by a black outsole.

Finally, we have the Classic Leather. The model comes dressed in a white jacket, with some blue and red elements. On the heel tab, the familiar dancing figures can be found in the colours green, yellow and red. The model has a white midsole that protrudes slightly and gives the silhouette more shape. The outsole is black.