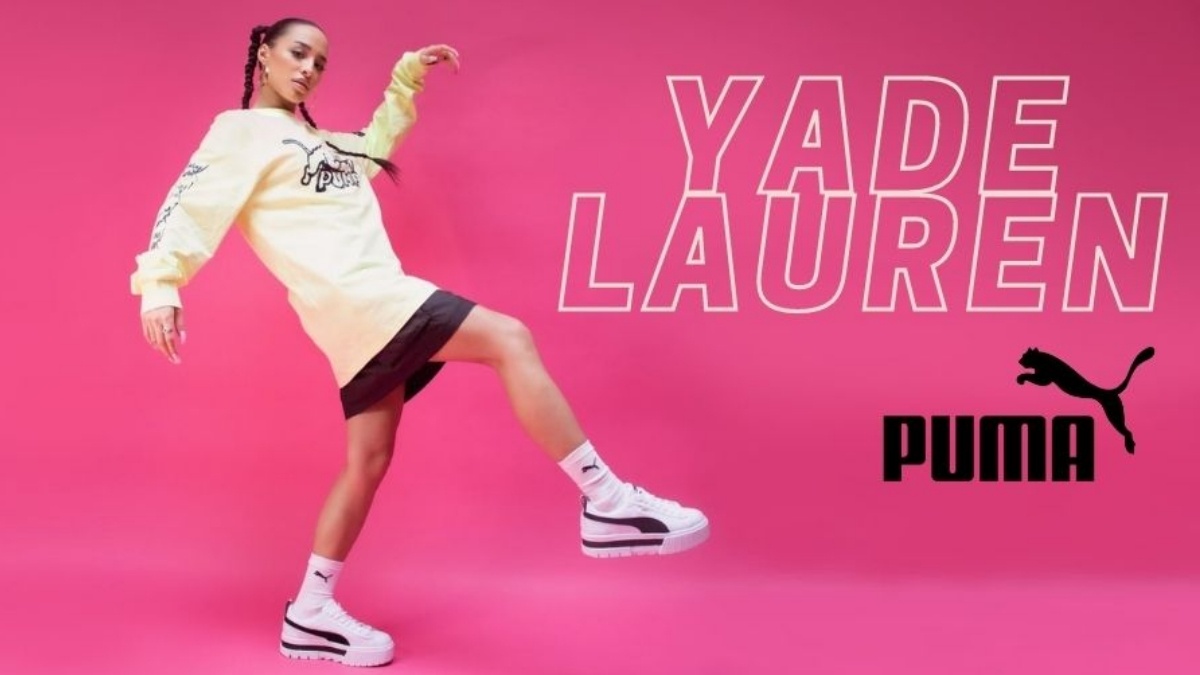 Singer and songwriter Yade Lauren signed her contract this week with Puma. With this contract, she is the first female Dutch ambassador for Puma. In addition to her collaboration with Puma's 'She Moves Us' platform, Yade will also be featured in various campaigns in the coming period.

The 21-year-old Dutch singer Yade Lauren has broken through in recent years with songs like 'Als Ik Je Niet Zie' and 'Mij Niet Eens gezien'. She has collaborated with artists such as Ronnie Flex, Yellow Claw and Jonna Fraser. In 2020, she released her first album 'Reflections' and since then she has been an integral part of the Dutch music scene.

Yade is no stranger to Puma, having worked with them in 2021 on the 'She Moves Us' campaign. This campaign by Puma gives female ambassadors a platform to inspire other women worldwide. Puma wants to inspire women with this campaign through talk shows, interviews and stories with the ambassadors. Artists such as Winnie Harlow, Dua Lipa and Cara Delevigne also worked on this campaign.

Puma's 'She Moves Us' campaign fits in well with Yade Lauren's vision. Yade wants to inspire women, both in her own music and in the campaign. In her own songs, she talks a lot about her own insecurities and obstacles that she had to overcome. By openly discussing these subjects, Yade wants to help other women.

In the items of the 'She Moves Us' platform is many different subjects. From sports to stories about career choices and diversity within the company. The undertone of the platform is mainly about empowering women and Yade herself takes this task very seriously. "Women are magical and powerful, but they don't always realise it themselves. Believe in yourself," says Yade.

So Yade Lauren was not unknown to Puma. As a new ambassador at Puma, Yade will be active within the company in various ways in the coming period. According to Puma, the Dutch singer is a good addition to the team.

As a brand, Puma is constantly supporting new talents and trying to be an inspiration to others. Yade, with its positive message of empowering women, fits right in.

It is not yet known when we will see the first collaboration between Puma and Yade Lauren. In any case, the singer herself is very enthusiastic about the collaboration. "I'm looking forward to creating beautiful things together," says Yade Lauren.