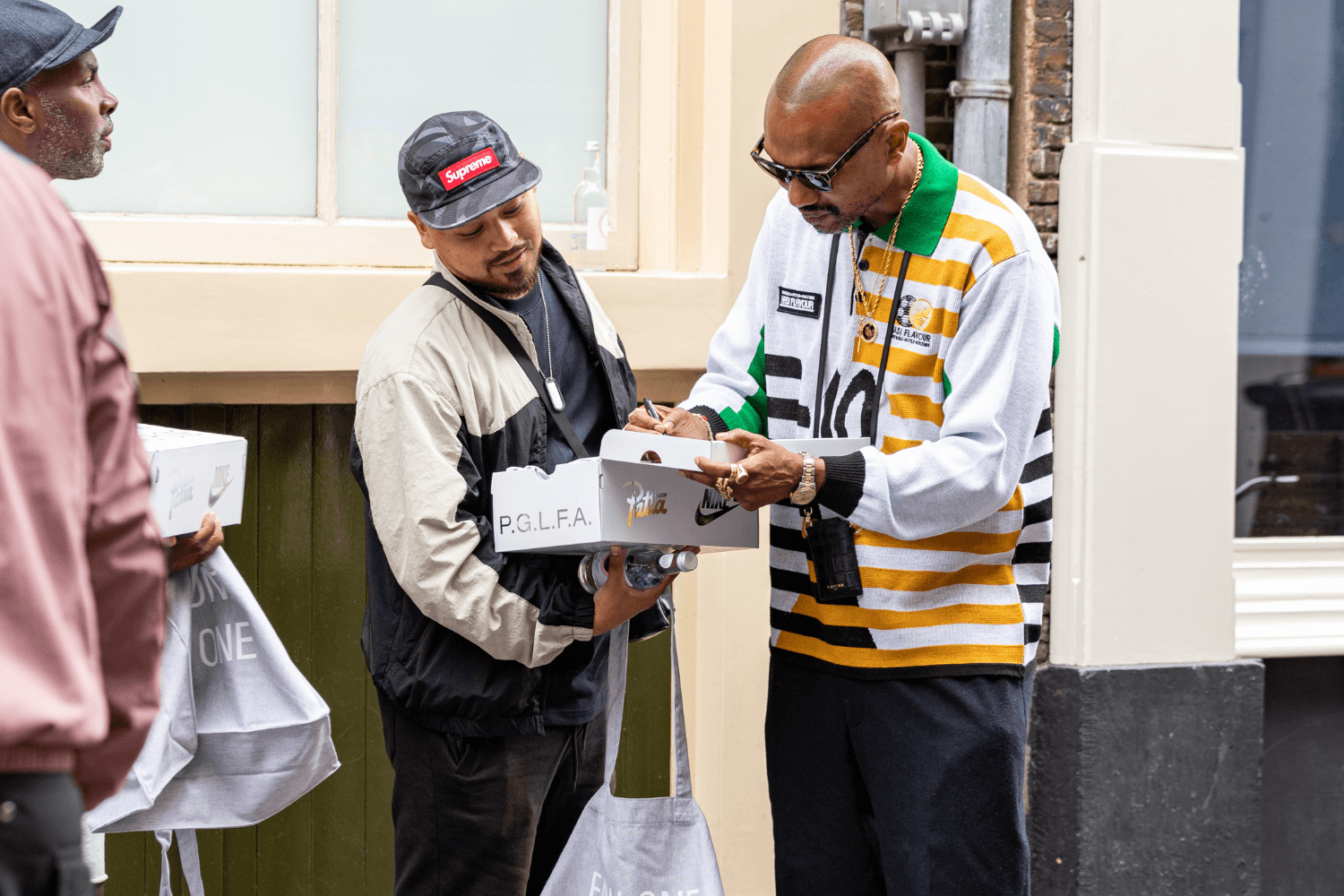 Check out the recap of the in-store release at the Patta store in Amsterdam here.

Last Friday, August 26, 2022, the Patta x Nike Air Max 1 'Pure Platinum' was released. The sneaker was exclusively available at the Patta store on the Zeedijk in Amsterdam. Just like the previous sneakers from 'The Wave' collab (2021), this release was a hit and early in the morning the first Patta fans were already lining up.

Sneakerjagers was also at Zeedijk to present you with the vibes of the in-store drop, dear community.

Because the Patta x Nike Air Max 1 'White' was an FCFS (First Come First Serve) release, the line was already packed at 8:00 am. Sneaker enthousiasts, young and old, took their camping chairs and waited patiently for the release of the 'Pure Platinum'.

Like the previous in-store releases, this time the store was decorated in the 'Wave' theme. The Patta store came dressed in a white wave and the Patta logo was seen large in white. To make the release as fair and streamlined as possible, Patta employees walked along the line and kept an eye on the column.

The 'Pure Platinum' was released at 11:00 am sharp. One by one, those waiting were allowed to take their pair in their hands and none other than Edson Sabajo, co-founder Patta, was present at the release.

Patta fans could get their sneaker boxes signed by Edson. The sneaker came in a custom box with the quote 'Each One, Teach One'. This quote is characteristic of the collab and was also featured in the campaign. 'P.G.L.F.A.' was also placed in silver on the sneaker box. This stands for 'Patta Got Love For All'.

We at Sneakerjagers were also present during the in-store release of the 'Pure Platinum'. Check out a full recap of the release in Amsterdam below.

In case you missed the Patta x Nike Air Max 1 'Pure Platinum' - The Second Wave, no stress! On August 30, 2022 at 09:00 sharp, the sneaker will drop at Nike. Don't forget to follow Sneakerjagers on Instagram to stay up-to-date on the latest releases and news.