Our top 10 Asics sneakers at Footshop 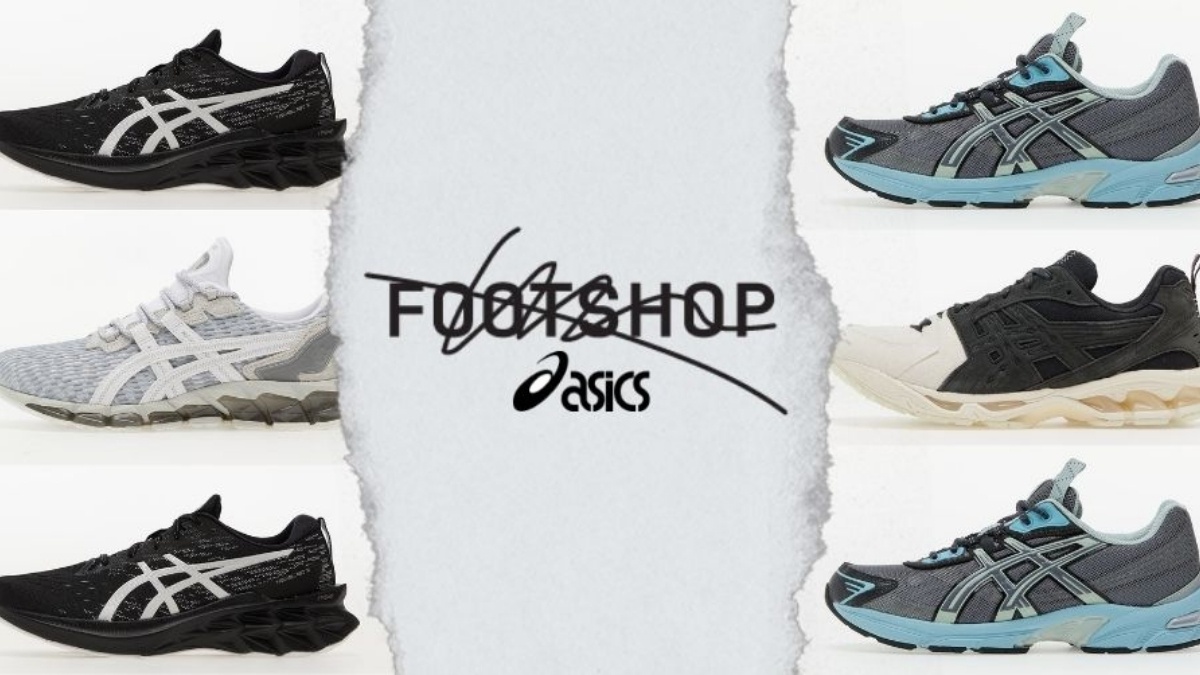 At Footshop, you can shop the coolest items from different brands. For example, you'll find many Asics sneakers in the webshop. To help you find your favourite, we've put together a top 10 of our favourite Asics picks at Footshop.

We start with a sporty pair. The Asics Gel Quantum 360 6 has a white and black colour scheme and is constructed from mesh and leather.

The midsole is made of a cushioning gel and serves for comfort and protection.

Finally, the kicks have a rubber outsole and provide extra grip against the rain.

With its stylish design, the Asics Gel-Lyte III OG can be worn under contemporary outfits in addition to running.

On the upper of the sneaker, the colours white, black, blue and purple come together. The model is made of mesh and leather.

The midsoles are processed with a cushioning technology to make running as comfortable as possible.

The next pair in our selection is the Asics Gel-Kayano 14. The model was launched in 2008 and was named 'Shoe of the Year' by the running magazine Runner's World.

Remarkable about the shoe are the soles, which are partly transparent and show the cushioning gel.

The Asics HS1- S Tarther Blast is a real eye-catcher. Various shades of blue can be found on the upper of the model.

The shoe wears a raised midsole in the colour white and fits perfectly with the colour scheme.

Another cool sneaker on the Footshop website, is the Asics GT-II. The model wears a simple colour scheme with blue elements on the middle panel.

In addition, the kicks can be combined with multiple outfits.

Next, we have the Asics FN1-S Gel-Contend 5. The model is dipped in pastel colours and consists of mesh and leather.

The soles of this pair are also processed with cushioning technology and provide support at the heels.

The model is also available in a different colour, which can be found on the Footshop website.

The Asics Yb2-S Gel-1130 is also one of the better sneakers at Footshop.

The model has a mesh upper. You can find overlays on the nose and around the laces.

Furthermore, the silhouette is dressed in a grey and blue colour scheme.

Now it's the turn of the Asics Gel-Quantum 360 6 RE. The model wears a white jacket and is made of chunky suede and mesh.

The overlays on the heel and around the laces have a light grey tint. The midsole is largely translucent, making the cushioning gel sole easy to see.

Another notable pair on the Footshop website, is the Asics GEL-Lyte III OG in a blue and pink colour scheme. The model is a composition of mesh and leather.

The pair has cushioning technology in its midsoles and the outsoles are made of rubber.

We conclude our series of best picks with the Asics Novablast. The shoe has a unique silhouette with a raised midsole.

The model wears a black upper and a white midsole. The outsoles are black.

If you didn't find anything you liked on our list, you can of course find a lot of other Asics sneakers on the Footshop website.