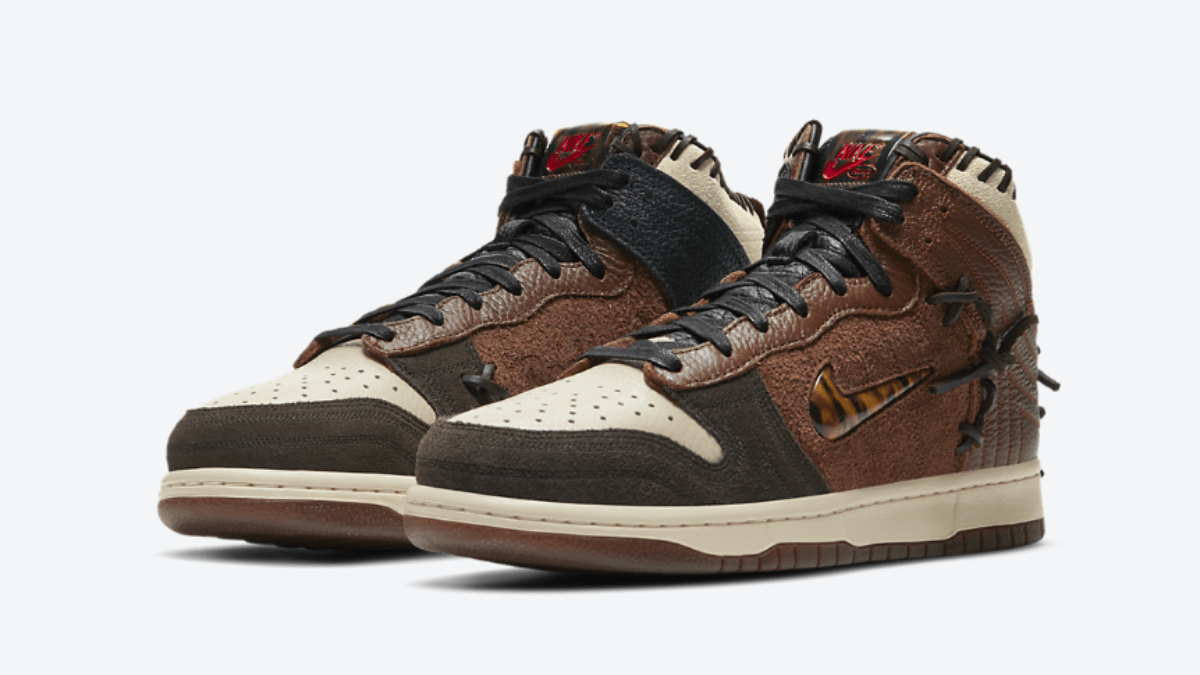 At the end of 2019 the Dunk was reintroduced to the sneaker world. Collaborations with Travis Scott, Virgil Abloh and several skate shops launched the sneaker up and we haven't left the model since. Now more than a year later, this hype goes with us to 2021, when we can finally expect the Bodega Nike Dunk High.

Bodega is a streetwear shop based in Boston. The shop was founded by Dan Natola, Oliver Mak and Jay Gordon in 2006. Now 14 years later the streetwear shop has become one of the biggest shops in the world. The first collaboration that Bodega had was with Converse. In the year 2007 - 2008 Bodega had seven projects with brands such as Reebok, Puma and adidas. In 2012 Bodega launched their own clothing line.

Like most Bodega releases this sneaker is full of details. The sneaker consists out of different types of leather and suede, these materials have been given different colours of brown. On the midfoot there is no size Swoosh, but a jewel Swoosh with a tiger print in it. On the heel and midfoot panels are connected with thick leather loops and gives the sneaker a very unique look. In the tongue there is a nice secret detail, a small box with the text "HIDDEN IN PLAIN SIGHT" above it. The top is rounded off by the Bodega logo on the inside of the sneaker. A cream midsole and brown outsole round off the sneaker.

We don't know an exact release date for the Bodega Nike Dunk High 'Frauna Brown', but we expect it somewhere in early 2021. Take a look at the images below and keep an eye on our news page to keep up to date with the latest sneaker news.