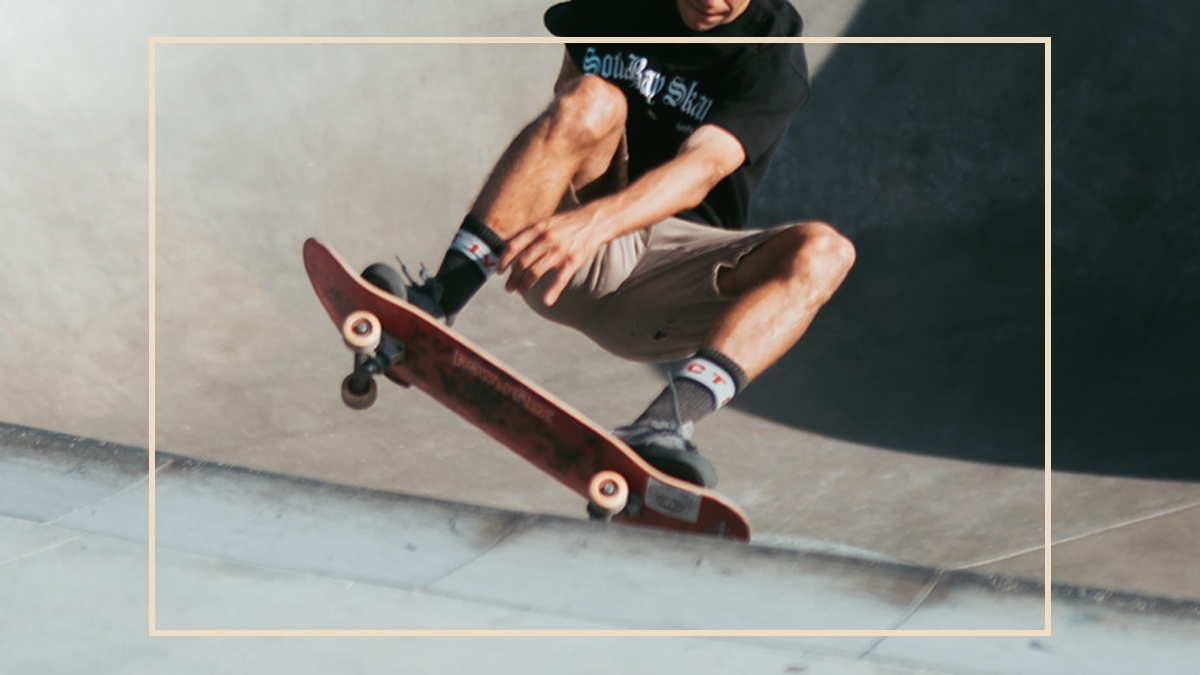 What do rapper Travis Scott and fashion designer Virgil Abloh have in common? Apart from having countless Nike collaborations, they both worked on the Nike 'Dunk' silhouette. But hold on, what does the SB actually stand for? Besides, wasn't that an off-white x Nike Dunk Low collab without the addition of 'SB'?

All these questions are answered in this article! Before we get into the questions, we'll give you a short insight into the history behind the Nike SB sneaker. Most of you are probably thinking "Uff history - I don't care", but wrong! To keep things interesting, we present you three past must-know SB Dunk releases that everyone should know. But stay hyped, because we also present the SB shoe that has shaped the sneaker culture of today. For all sneakerheads or if you want to become one more, there's also a Nike SB "Easter-Egg". So let's get it!

The forefather of the Nike SB Dunk

The Nike SB Dunk series only came out in 2002, but in which shoes did people skate before that? Apart from other skate brands, in the 70s people skated in Nike Blazer, Nike Bruin and All Court. But was this planned by Nike? Actually not no, because the skate community, at that time, found the models suitable for the sport, they skated through the streets with them. In 1985, Nike released two new basketball models that are considered to be the basic foundation for today's Nike SB Dunk. Can you guess which models they are?

Does 'SB' stand for 'skateboard' or 'Sandy Bodecker'?

The abbreviation truly stands for 'skateboarding', but who the hell is Sandy Bodecker? Shout out to Sandy - Rest In Peace, he was responsible for establishing the Nike SB series. Under his leadership, the brand's popularity grew and to this day the shoe remains an important part of the skate community.

But enough with history! We now present you the three must-know models of the SB Dunk series!

If you remember the beginning of this article, the 'Pigeon' was the shoe that changed the sneaker culture completely! Why? Because the shoe was limited to 300 pieces and 150 of them were only sold in certain shops. Because the demand for the sneaker was so great, people stayed in front of the shops - the birth of the campouts!

If you're thinking about whether this is a collaboration of Heineken x Nike, I'm afraid I have to disappoint you. The shoe only looks like this!

'Tiffany' may not be the most beautiful sneaker for many, but is a much sought-after trophy among collectors.

After you've heard a lot about the Nike SB, we'll keep it short and sweet. Have you already noticed the color of your Nike SB shoebox? If you have a SB, look at the color of the box. The color has certainly changed over the years! For example, if you bought your SB shoe in 2005, the shoebox is pink. But why? The different colors represent the different Nike SB eras in skate culture.

That ends this article, but check out the upcoming releases of the Nike Dunk SB in our Release Calendar.