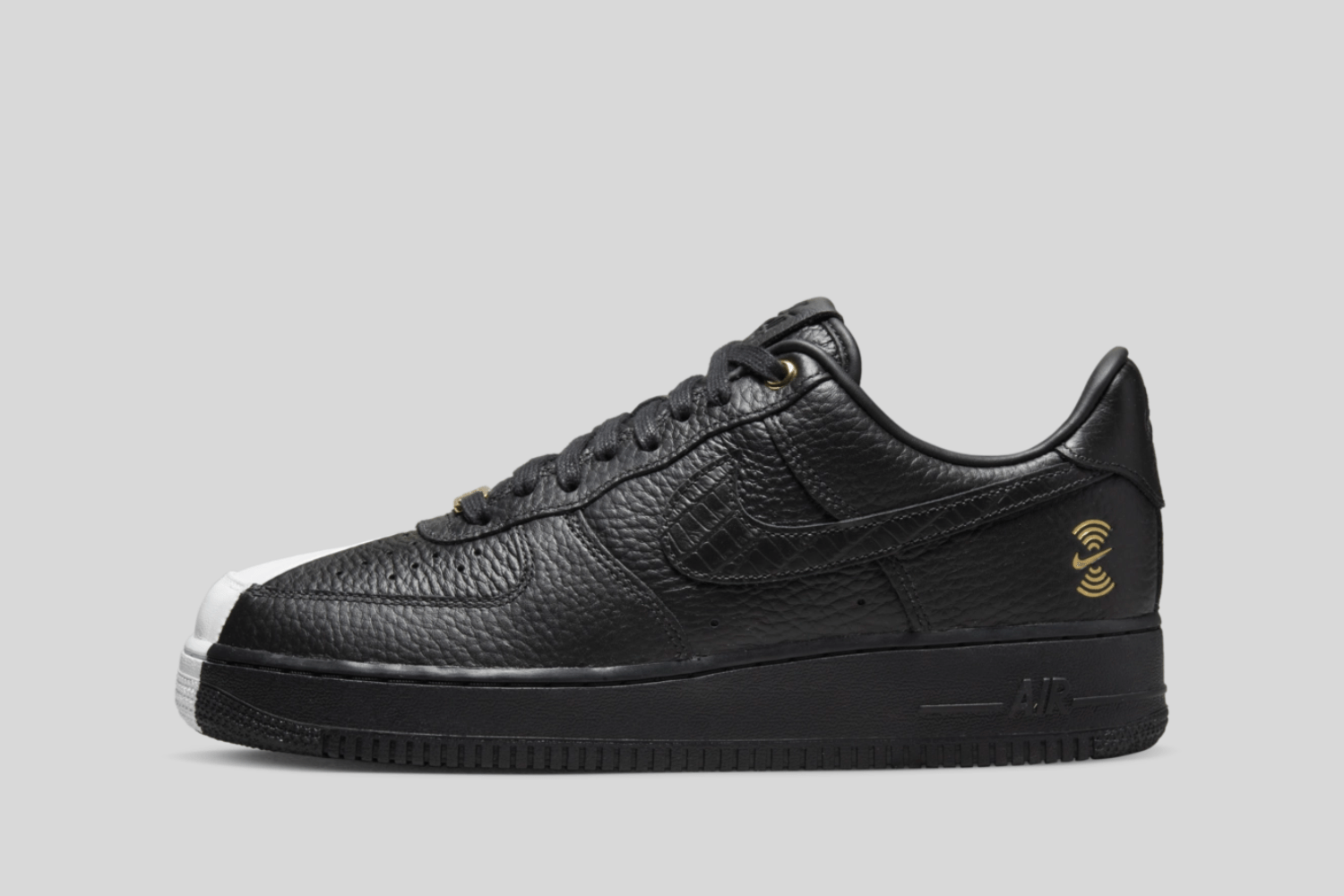 Nike is celebrating the 40th anniversary of the model by incorporating two classic colorways into one sneaker. These colorways are the 'Triple White' and 'Triple Black'. White AF1s are also known as the 'Uptowns' due to the sneakers popularity among young people from Harlem. Black Air Force 1 have gained a reputation for shady characters and criminal activity.

This Nike Air Force 1 'Anniversary Edition' is split into a white and a black section. The upper is covered for the most part in black tumbled leather. The Swoosh and heel tab are also black, but these are covered in snakeskin. A section from the toe to the center panel on the inside colors white. This in turn is made of smooth leather. The sole has the same color distribution as the upper.

There are also several gold details on the sneaker. For example, the dubraes, which read 'AF1 '82', are gold. Also the top lace eye and the Nike logo on the heel are gold. Finally, on the tongue there is the text 'Anniversary Edition' in gold. On the insole is another graphic of a microphone. This may be a nod to the intertwining of the Air Force 1 and hip hop culture.

The Nike Air Force 1 'Anniversary Edition' will most likely appear soon at Nike and various retailers. So keep an eye on our news page for more updates on this release and many more sneaker news. 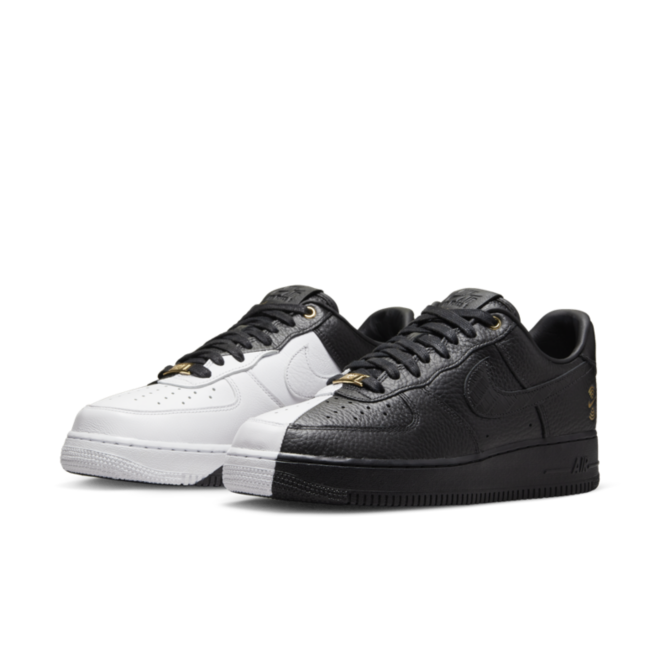 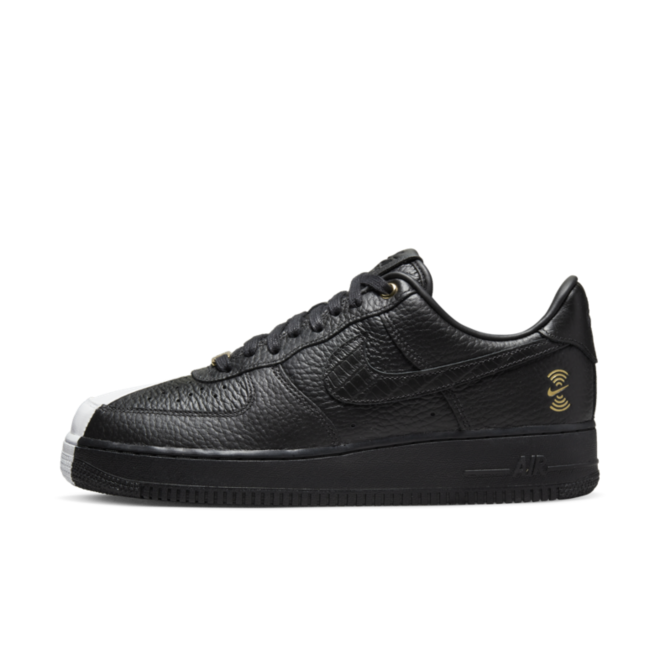 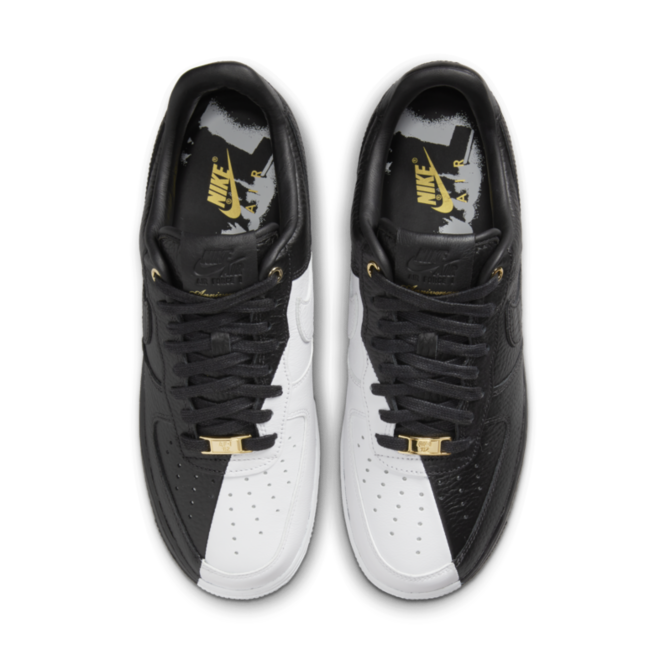 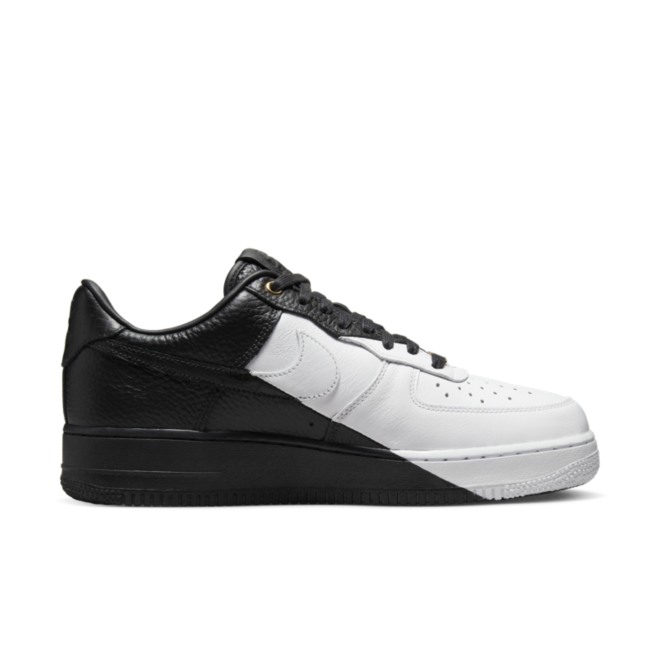 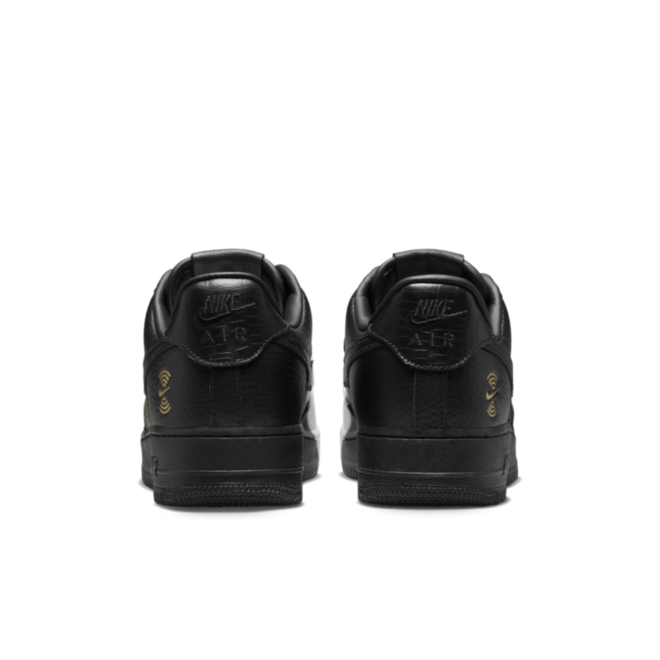 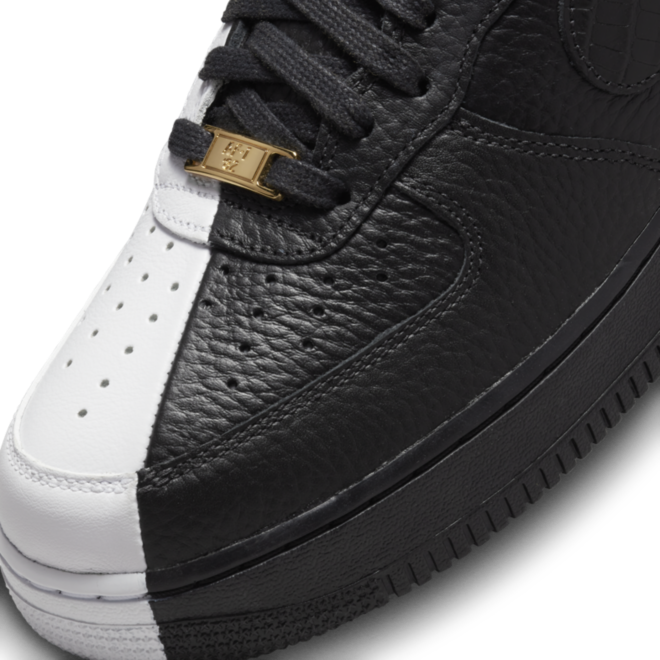 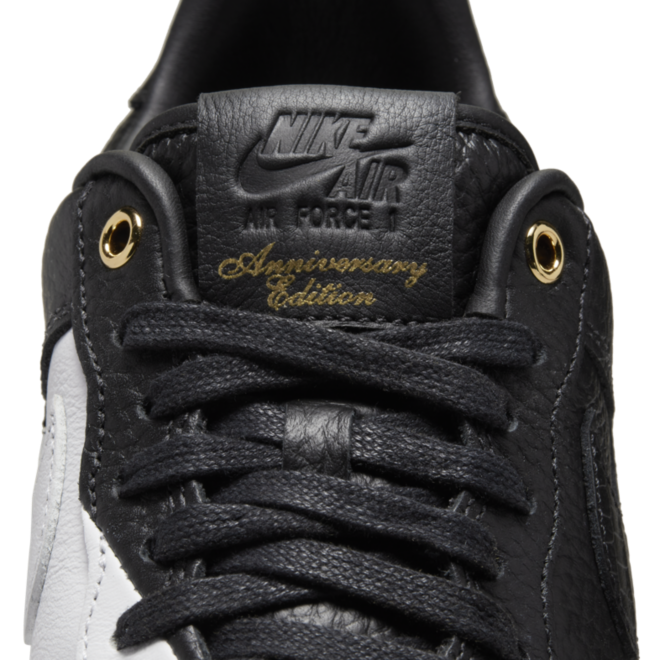 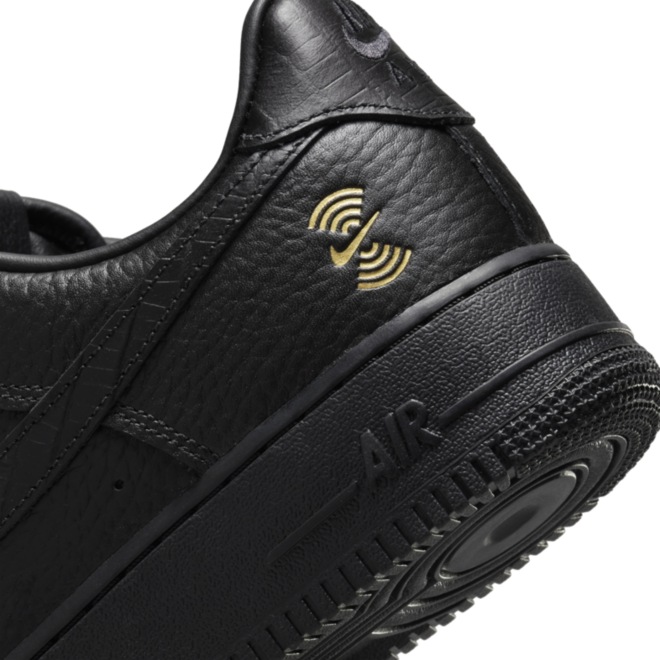