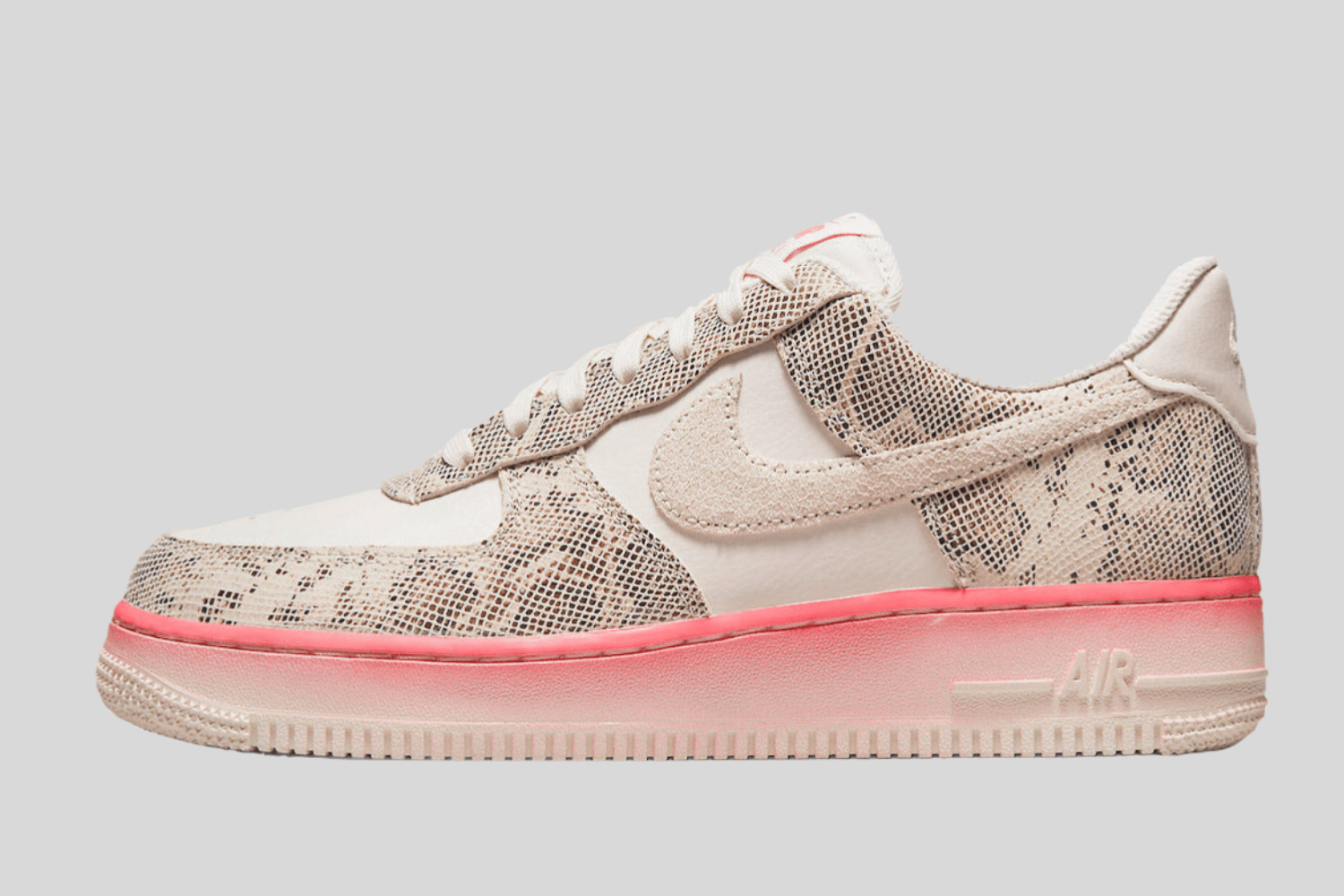 Nike is coming out with an Air Force 1 Low 'Snakeskin'. The model celebrates its 40th anniversary this year and is already releasing a bunch of unique colorways in 2022. This includes the 'Snakeskin', which combines snake print and pink details. The sneaker does not have an official release date yet. However, we can expect the 'Snakeskin' in 2022.

The Air Force 1 is an iconic Nike model and for its 40th anniversary is getting a number of striking colorways. For example, the Fresh 'Triple White' is expected in 2022 and the High variant was used in the upcoming collab with Billie Eilish. The 'Snakeskin' is a good addition to this list.

The Nike Air Force 1 Low 'Snakeskin' has a beige upper. The upper is leather and the overlays have been given a snakeskin print. The heel tab is beige and has the Nike logo stitched in. A striking detail is the pink ombre print on the midsole.

When the Nike Air Force 1 Low 'Snakeskin' will be released is still unknown. However, we can expect this pair in 2022. Keep an eye on the release calendar and stay up-to-date. 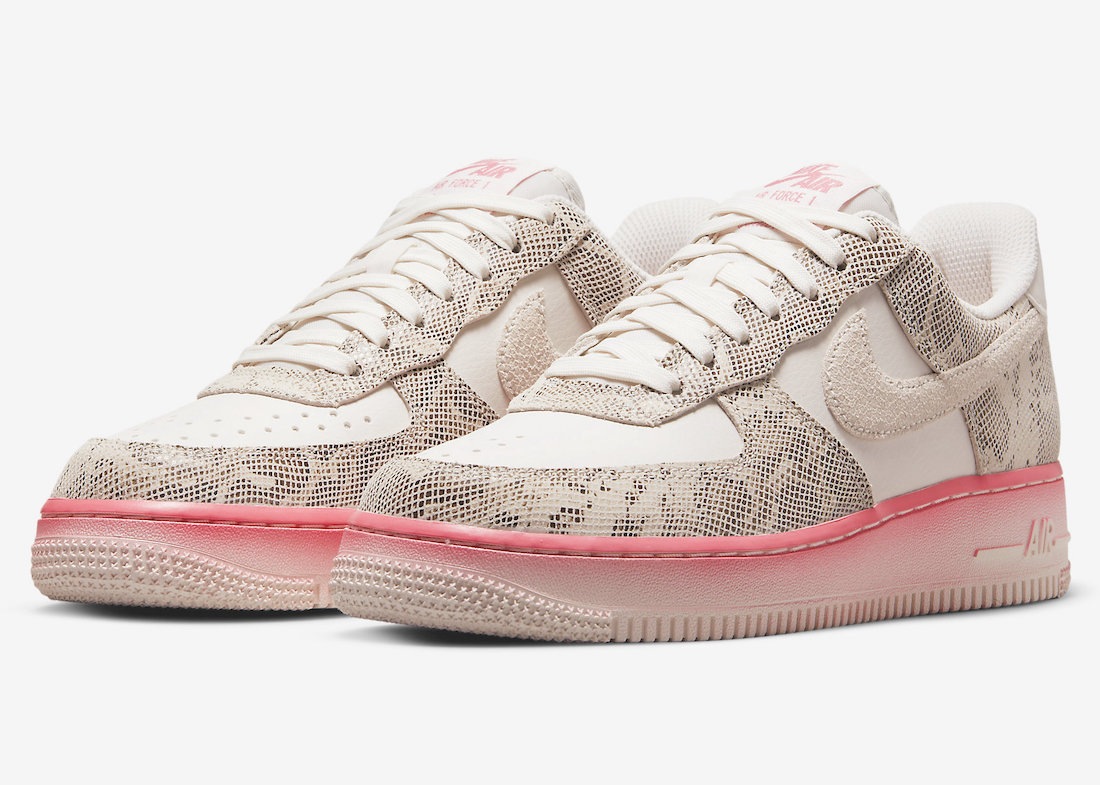 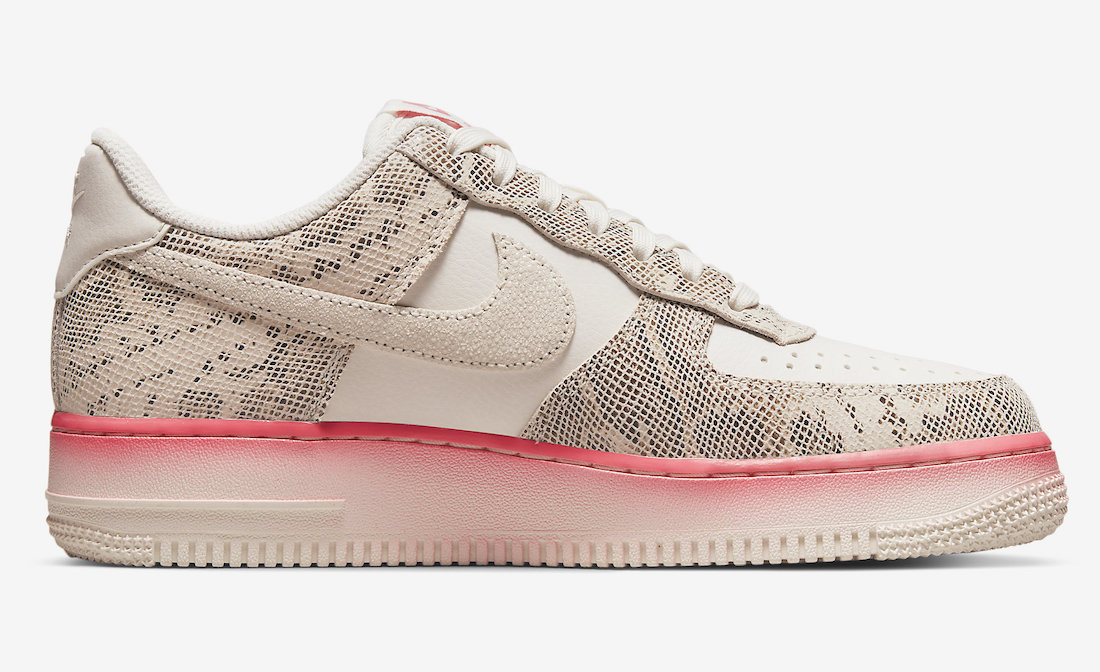 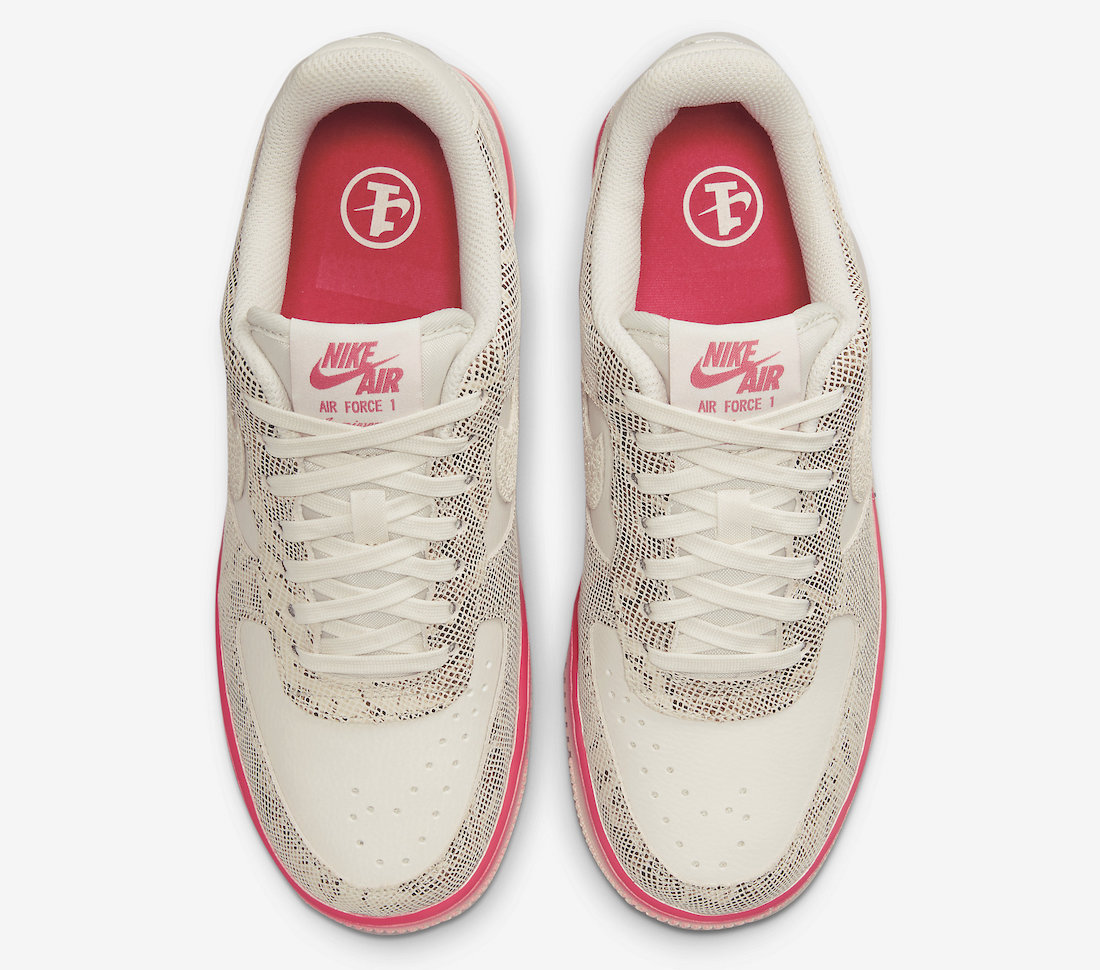 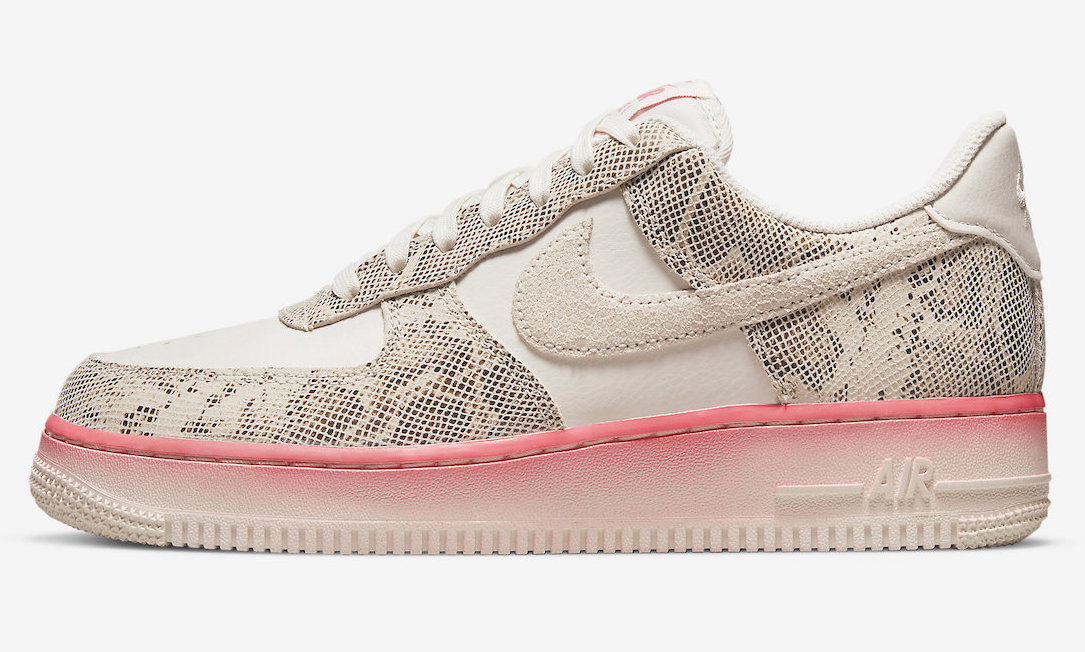 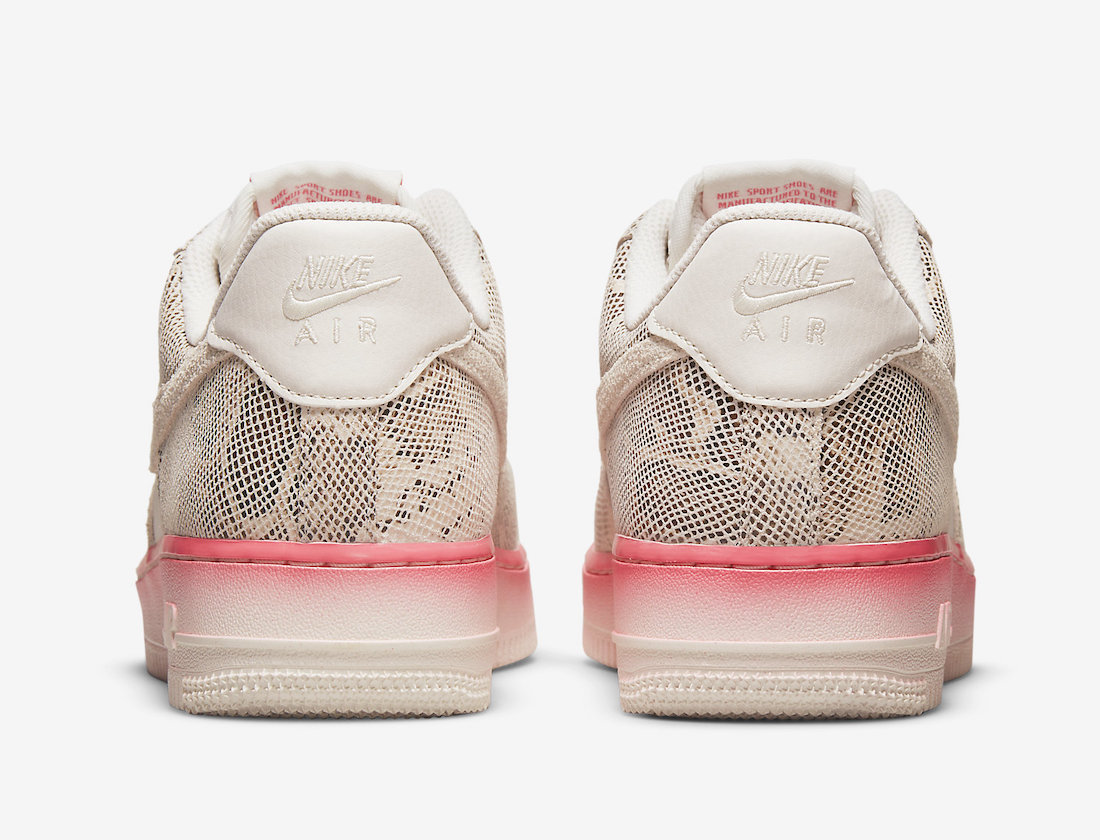 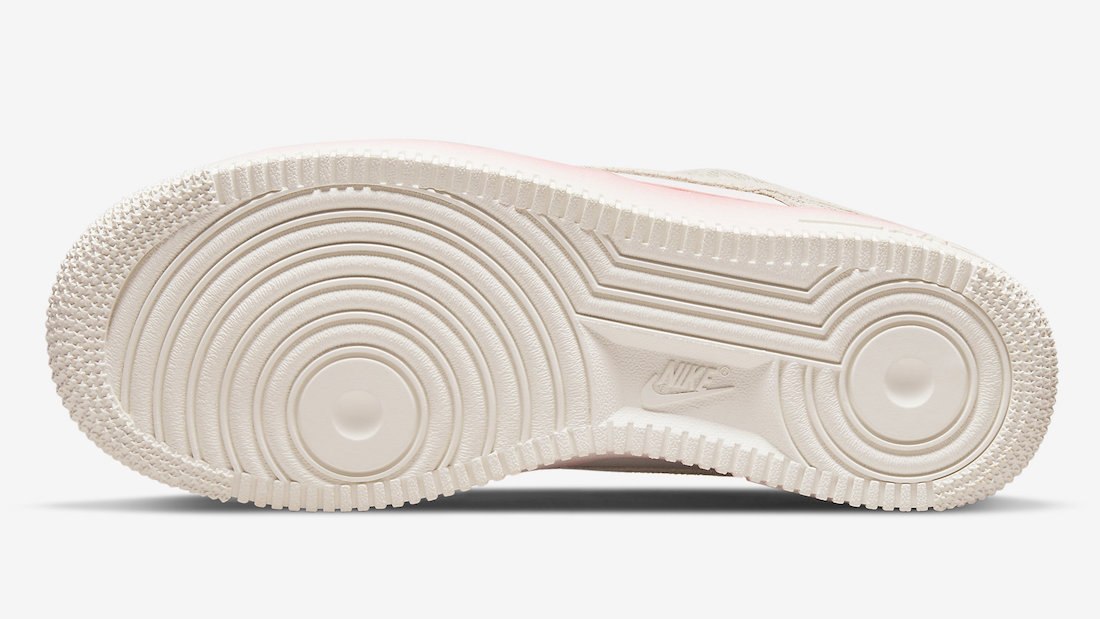