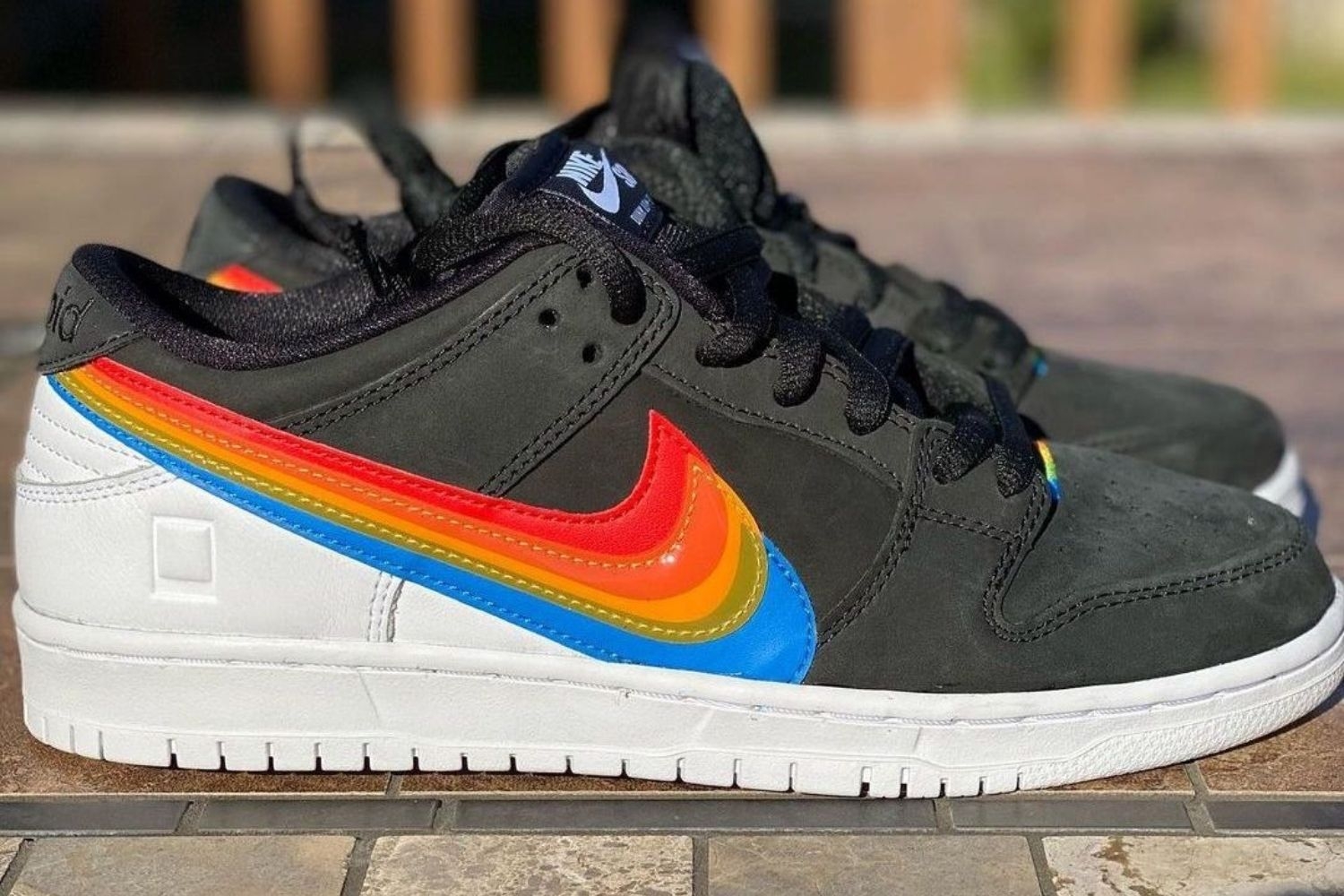 Together with Polaroid, Nike releases a new SB Dunk Low. The sneaker pays homage to the film and camera company and has adopted the colours of Polaroid.

Polaroid was founded in 1937 by Edwin Land in a garage. The company focused on film and camera and in 1948, the brand released their first 'Instant' camera. Soon, the cameras became a huge success in pop culture and were used by many famous figures such as Andy Warhol, Ansel Adams and Chuck Close.

Now, the film and camera company has teamed up with Nike to unveil a new SB Dunk Low. The pair has an upper made of nubuck leather and is completely black on the front. The back piece is set in white along with the soles.

On the middle panel you will find three swoosh marks. These come in the colours red, yellow and blue and refer to the Polaroid logo. The pair wears black, thickened laces and a square is printed on the heel. The Nike and Polaroid branding can also be found at the heels.

Finally, you can find a red circle on the bottom of the outsoles. This refers to the red button that can also be found on Polaroid Instant cameras.

Unfortunately, it is not yet known when the Polaroid x Nike SB Dunk Low will be released. The sneaker will most likely be released in April 2022. 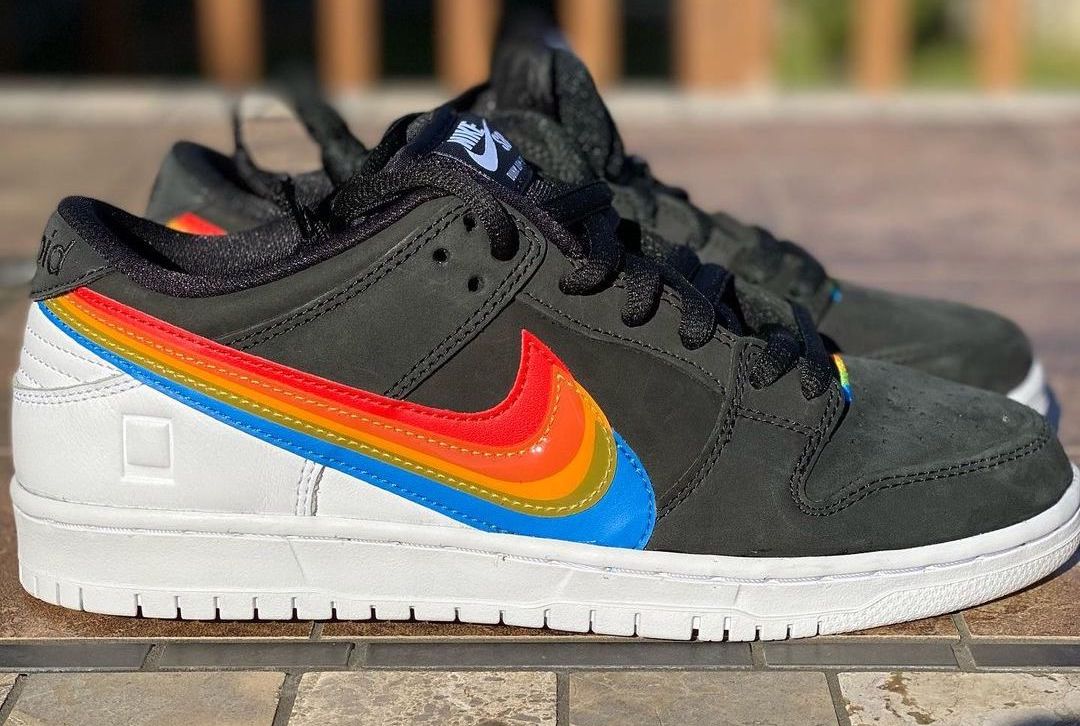 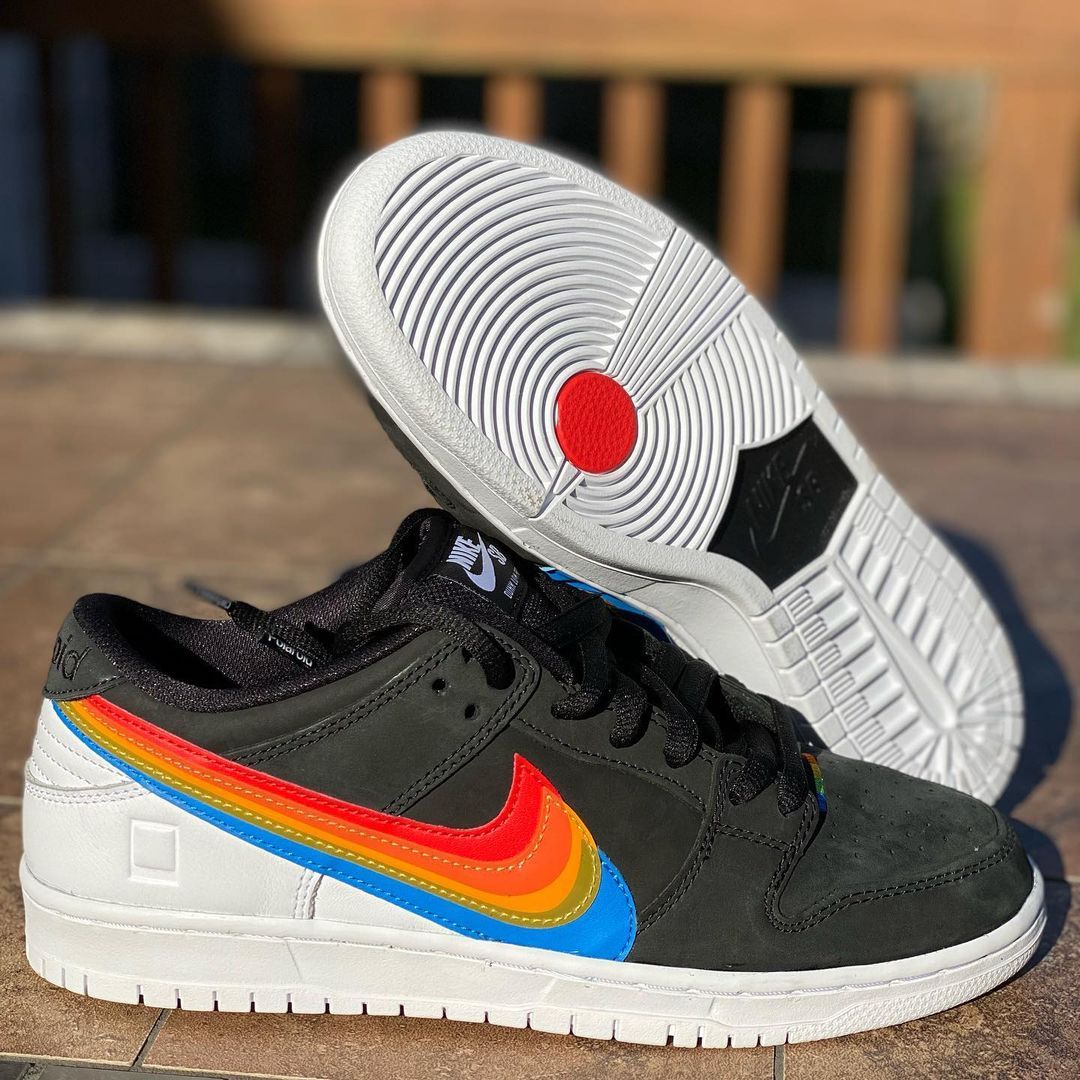 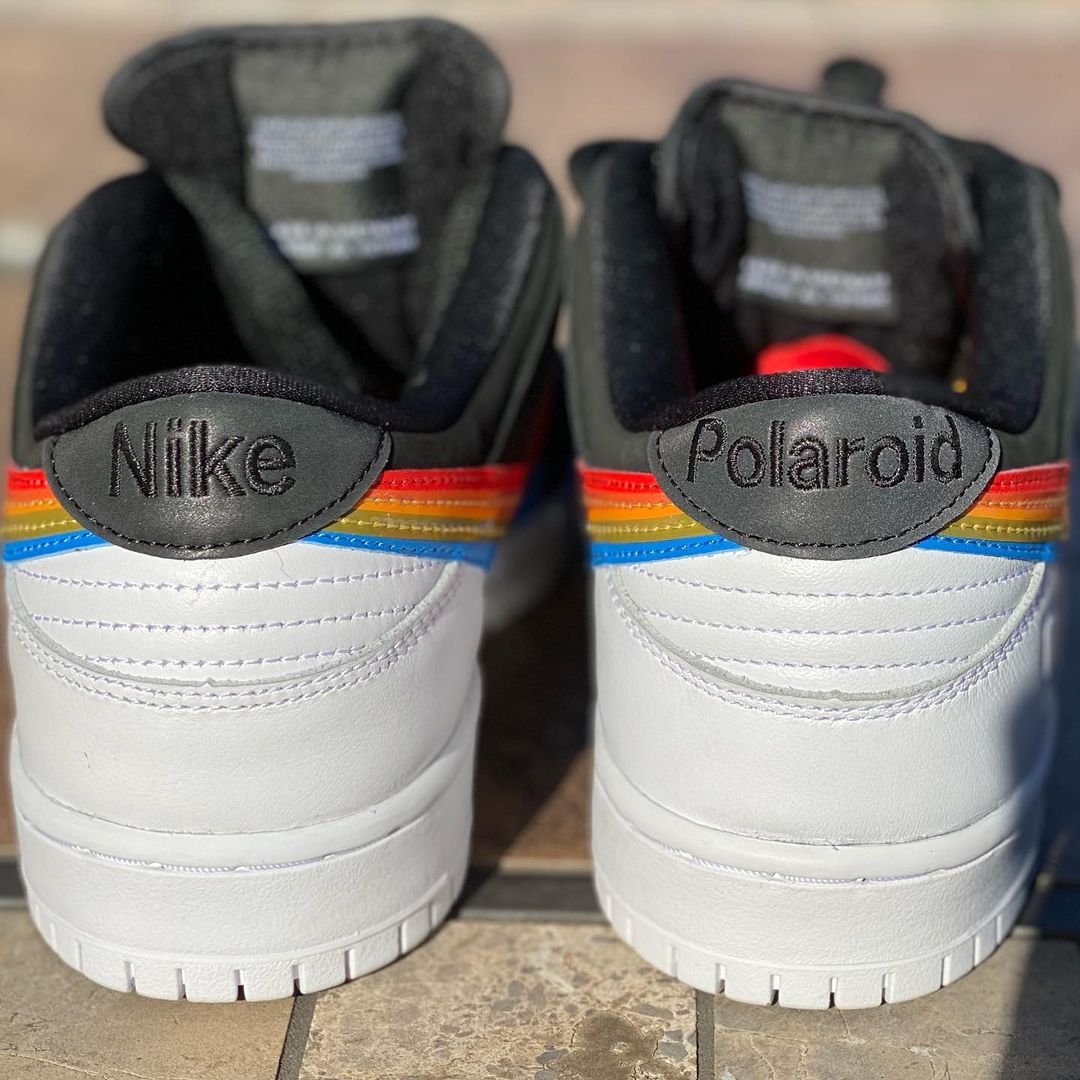 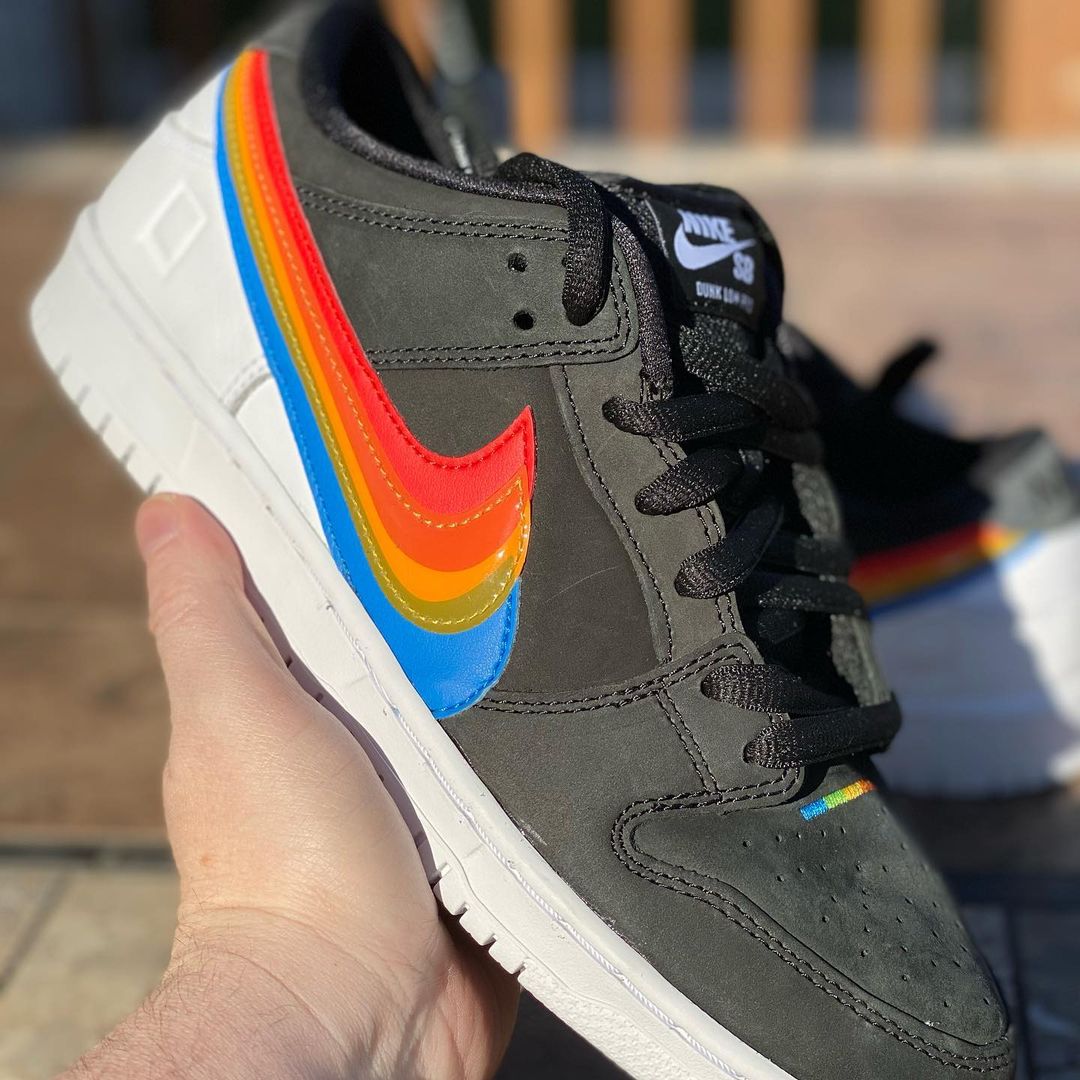 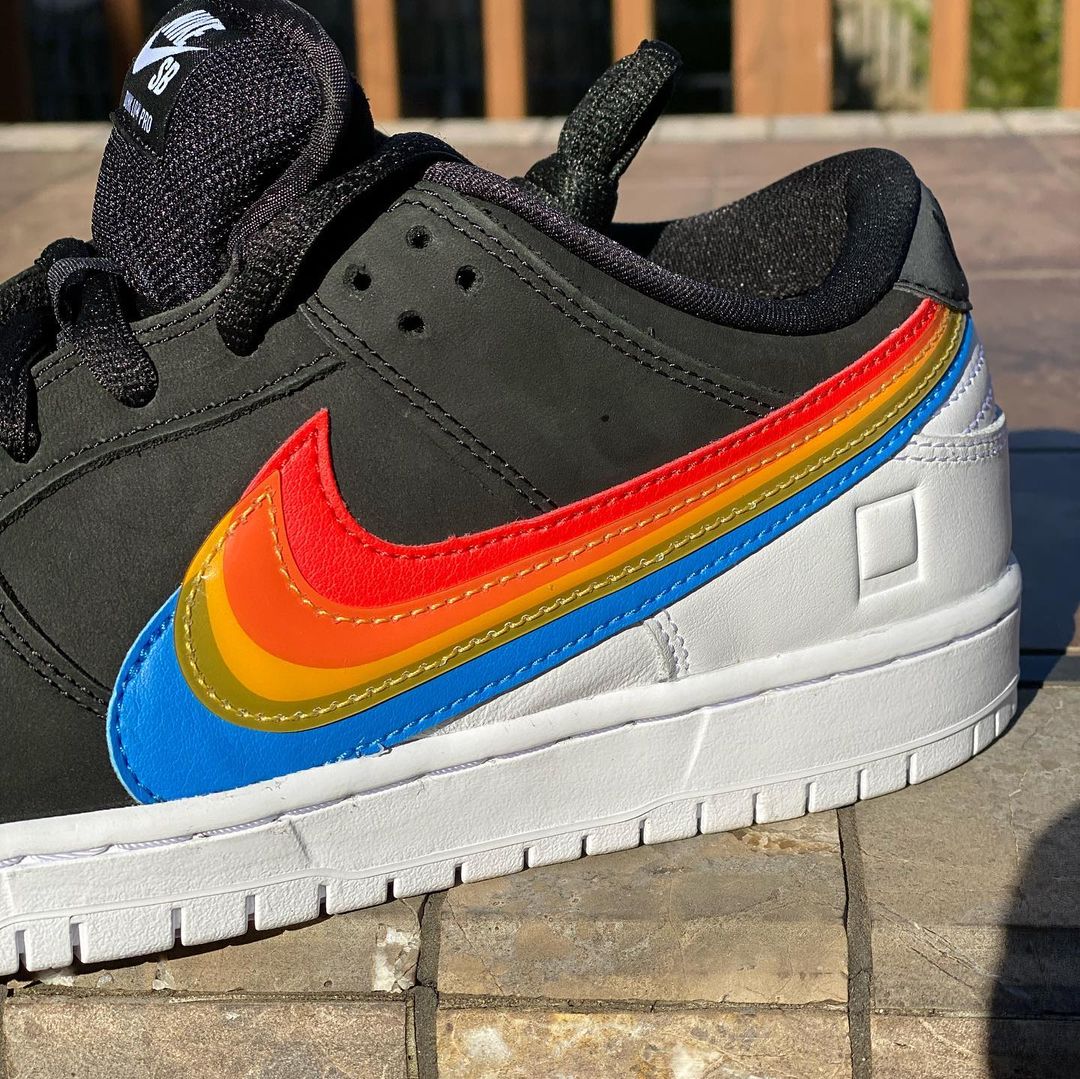