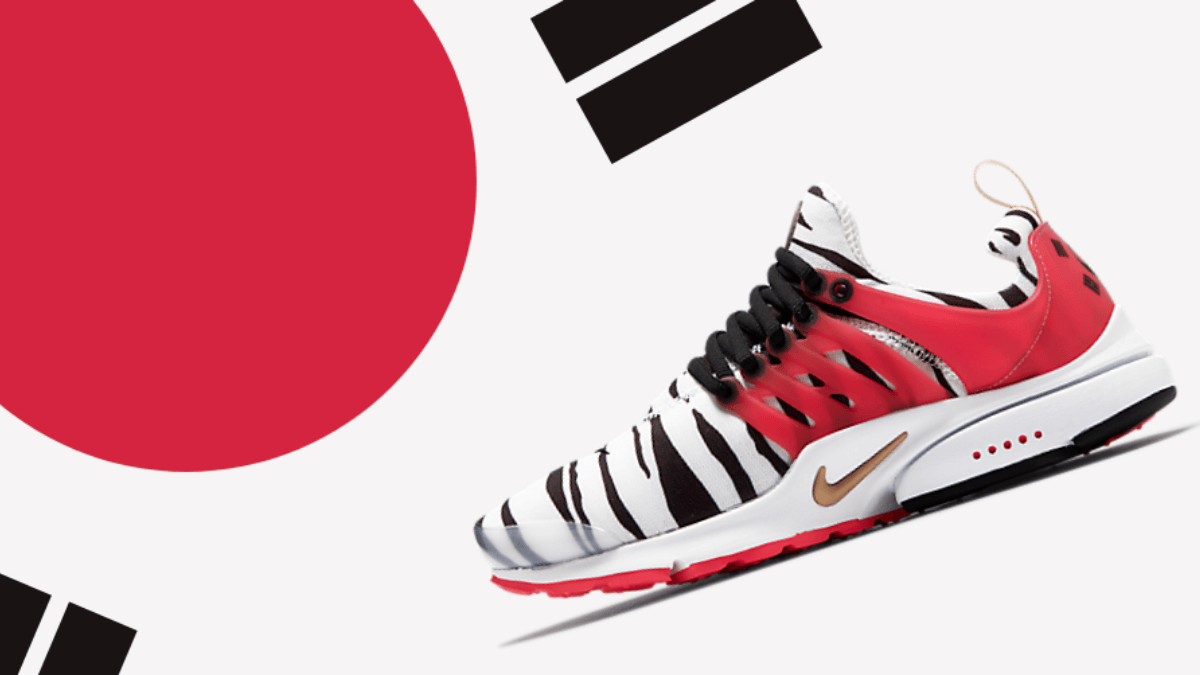 The first things I think of when I hear the word 'South Korea' are K-Pop, Soju and freakin' tasty dishes like Bibimbap or Jajangmyeon. (Highly recommended! ?) But of course we are not a platform for East Asian delicacies, even though the sneaker I will now present to you comes with a tasty colorway. ? Facts: The Nike Air Presto 'South Korea' is in the starting blocks finally and celebrates the 20th anniversary of the popular silhouette of the Nike Air Presto! HAPPY BIRTHDAY! ?

If you already know about the new sneaker, you can get the most important information about the release right now! Those of you who don't know what to expect and like to take some time for a small but nice detail analysis, just scroll down.

If you are already eagerly waiting for this release, you just have to wait a little bit longer. Because the Nike Air Presto 'South Korea' will celebrate its release tomorrow, May 15, 2020. From 09:00 am on you can treat yourself to this exclusive, which starts at €115. Since most retailers release the shoe via online raffle, it's best to check out our list of all retailers now. By clicking on the button below, you will get to the overview directly.

Alright. That the shoe with its colorway is most likely dedicated to the southern state of the Korean peninsula should be clear to everyone. But that is not all! The "shirt for your feet" was already released in the year 2000. In other words, the silhouette AND the colorway celebrate 20 years of history! At that time, the Air Presto was released in exactly the same colorway that we can look forward to tomorrow. Why do I mention this? - Most re-releases of exclusive Nike's almost always have small changes from the original.

Let's start with the details of this gem. We start with the typical feature of the Air Presto - the cage. The cage, which extends from the heel to the mid-foot, is colored in the colors of the South Korean national flag. The inner side of each shoe has been given a blue cage and the outer side a red cage. Red and blue meet on the heel where the "Eum and Yang" & the trigrams of the South Korean national flag are located.

The sole of each shoe was produced in these colors as well. The sole of the right pedal comes in blue and the rest you can guess yourself, haha. But now to the most striking feature of the shoe: The upper! Here you get a comfortable neoprene upper. But what is even more interesting is the print. The shoe features a tiger stripe pattern, or more precisely a white tiger stripe pattern. The tiger stripes reflect the design of the away jersey of the South Korean Football Association, the South Korean national football team.

Phew, that were a lot of details. But you see, the shoe is hardly to be topped in exclusivity and love to the detail. You should definitely get a picture of the good piece and have a look at the details yourself.

You'd rather see something else on your feet? Last week Nike released a Nike Air Max 95 'South Korea', which is pretty much in line with today's theme! Check this beauty out by clicking the button below! Apart from that I wish you a lot of fun with the Nike Air Presto 'South Korea'. ?