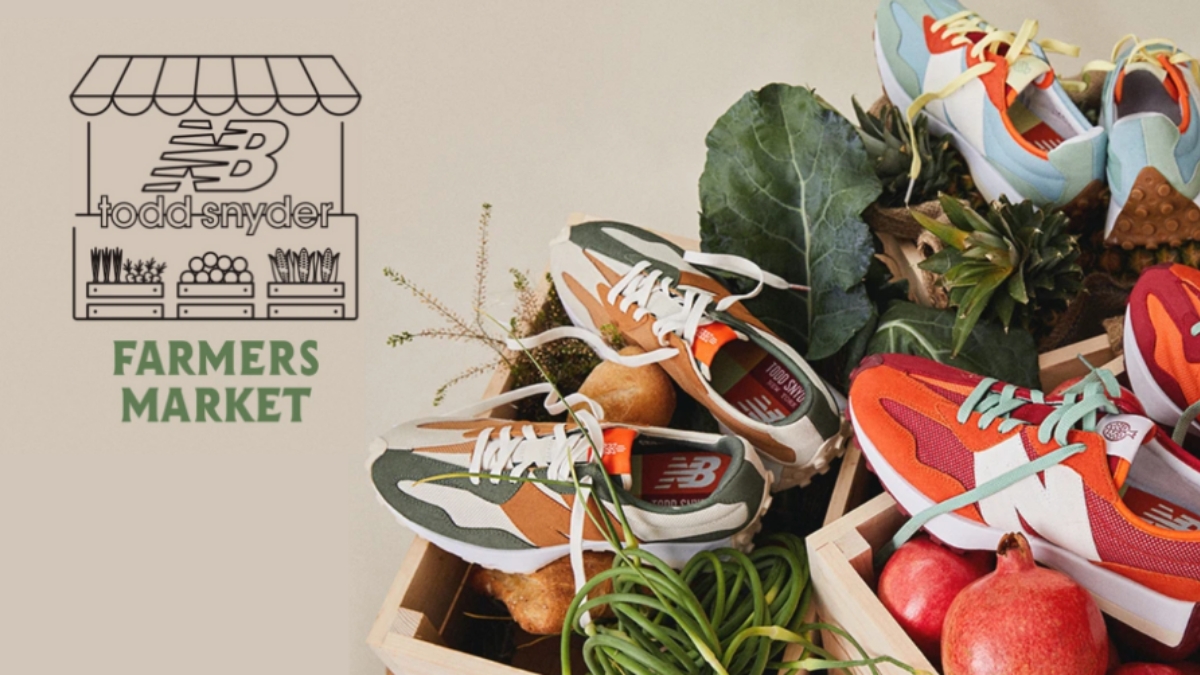 New Balance and Todd Snyder have collaborated on a new collection of sneakers and outerwear. The collection is called Farmers Market and is inspired by different vegetable markets in New York City.

Todd Snyder is an American fashion designer. He worked for a long time as a designer at Polo Ralph Lauren and then at Gap. In 2011, he started his own brand. Soon his clothes were available at retailers like Bergdorf Goodman, Barneys New York and in several Nordstrom shops.

The concept of the three sneakers was conceived during the lockdown. The designers couldn't wait to go to the vegetable markets on a hot summer day. This is where the idea originated.

To further develop the concept, the design team decided to choose three crops to base the sneakers on. The crops were wheat, pomegranate and pineapple.

The New Balance 327 'Wheat' is inspired by wheat. You can see this in the brown colours on the inside and outside of the model. The green comes from the growing process of wheat.

The base of the upper is made of mesh in a split design. The inside is the colour of bread and the outside is light cream. On the tongue is a label with an illustration of wheat.

The New Balance 327 'Pomegranate' is inspired by the pomegranate. In and on the pomegranate, there are different shades of red. This can be seen on the upper of the sneaker.

On the upper you will see mainly blue colours. The outside base is light blue and the inside is turquoise. The overlays on the outside are turquoise and on the inside light blue. Around the laces and the collar, the colours of pineapples appear. As with the other two models, the label on the tongue features an illustrated pineapple.

To complete the outfit, you can buy a matching market jacket with the sneakers. This jacket is a cross between a blazer and a work jacket. You can wear it to the vegetable market or during a meeting at work. Buy them directly at Todd Snyder.

The New Balance x Todd Snyder 'Farmers Market' collection will be available on Thursday, August 12 at 10AM starting at €110.00. Do you want to be updated more often on the latest sneaker news? Follow us on Instagram and download the Sneakerjagers app.