Ned Flanders from The Simpsons gets his own adidas McCarten 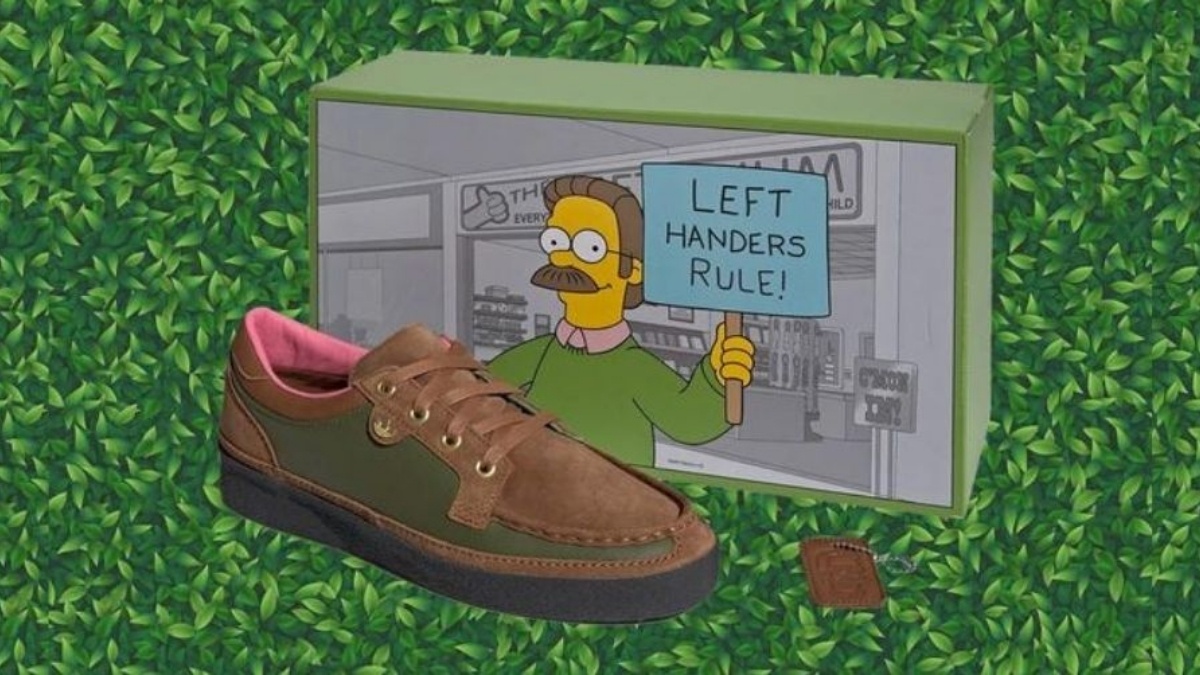 Many collaborations between adidas and The Simpsons were based on the food and drinks you often see in the series. For this collaboration, it's time for Homer Simpson's annoying neighbour, Ned Flanders.

In season three of the series, Ned Flanders had his own episode in which he started a shop. In this shop, he sold things that were only useful if you were left-handed, called the 'Leftorium'.

The sneaker itself is not inspired by the 'Leftorium', but the shoe box is. The box shows a picture of Ned Flanders in front of his shop with a sign that says 'Left Handers Rule!

The tongue, nose, edges and heel cap of this new pair are in brown. This brown comes from Flanders' brown hair and moustache. The sides of this model are green, after his green jumper. The inside of the shoe is pink, because he was wearing a pink shirt under his jumper.

The brown elements are made of suede while the green one is made of leather. The midsole and outsole are made of rubber and are in black on this model.

The The Simpsons x adidas McCarten 'Ned Flanders' will be released on Sunday 3 October for €130 via adidas. Do you want to stay informed about all updates regarding this release? Follow us on Instagram and download the Sneakerjagers app.