Kith teased a new collaboration with New Balance in their Summer '22 lookbook. The New York-based lifestyle brand unveils four new versions of the 990v1, 990v2, 990v3 and 990v4. The collection takes you back in time as the colorways of the new models are inspired by previously released Kith x NB sneakers.

The highlight of the new Kith x New Balance pack is the new 990v3, which is inspired by the Kith X NB1600 'Daytona'. Like its inspiration, the pair features blue suede on the toe with a cream-coloured center panel and pink accents.

Another special pair unveiled is the new version of the 990v2. This sneaker it like the NB997.5 collab from 2016 a 'Cyclades' colorway. The inspiration for the colorway came during Ronnie Fieg's, founder of Kith, trip to the Greek island of Mykonos. The new release also features orange toe, tan coloured center and light blue heel.

The 990v4 pays homage to the triangle collaboration Kith x nonnative x New Balance 997. The upper of the new model features the same grey base with pink accents previously seen on the three-piece collaboration.

The final pair of the collection is the 990v1 'Dusty Rose'. This sneaker was leaked earlier this year, but is finally nearing release. The pastel-pink 990v1 seems to be the only one of the four not inspired by a previous collaboration between Kith and New Balance.

The new Kith x New Balance pack doesn't have an official release date yet, but it's expected that the sneakers will be dropped in summer of 2022. Keep an eye on our release calendar and Instagram for updates on this release. 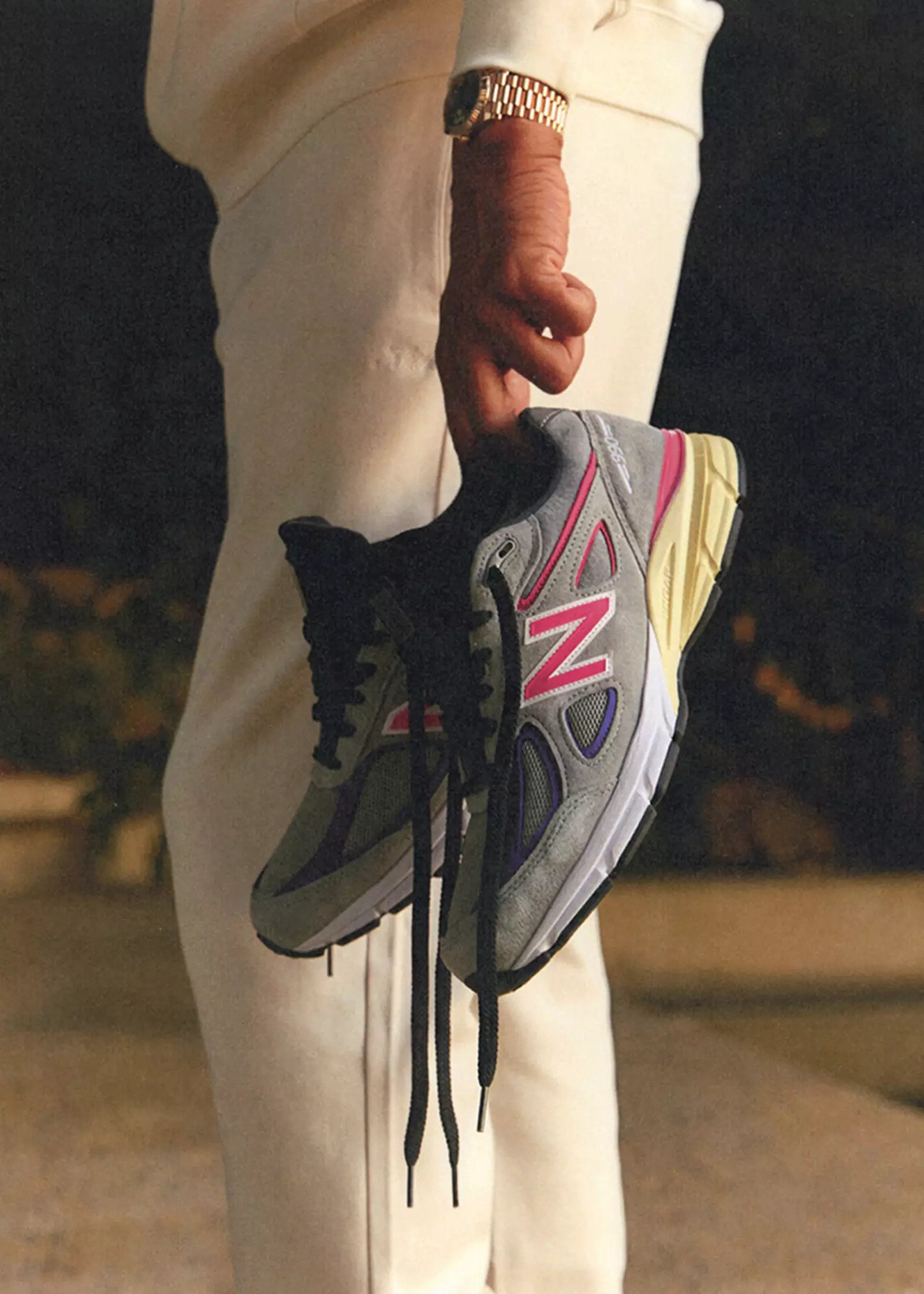 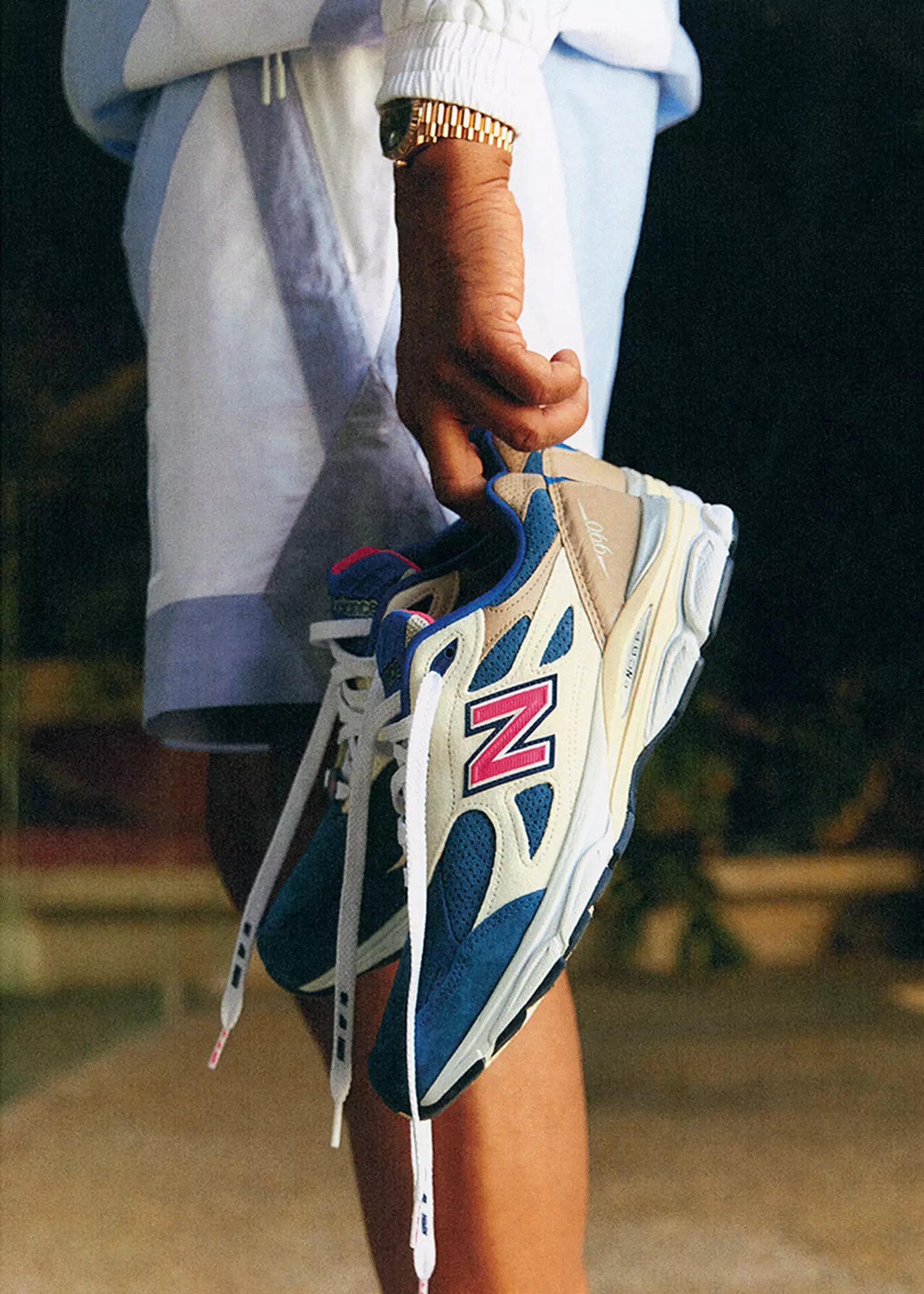 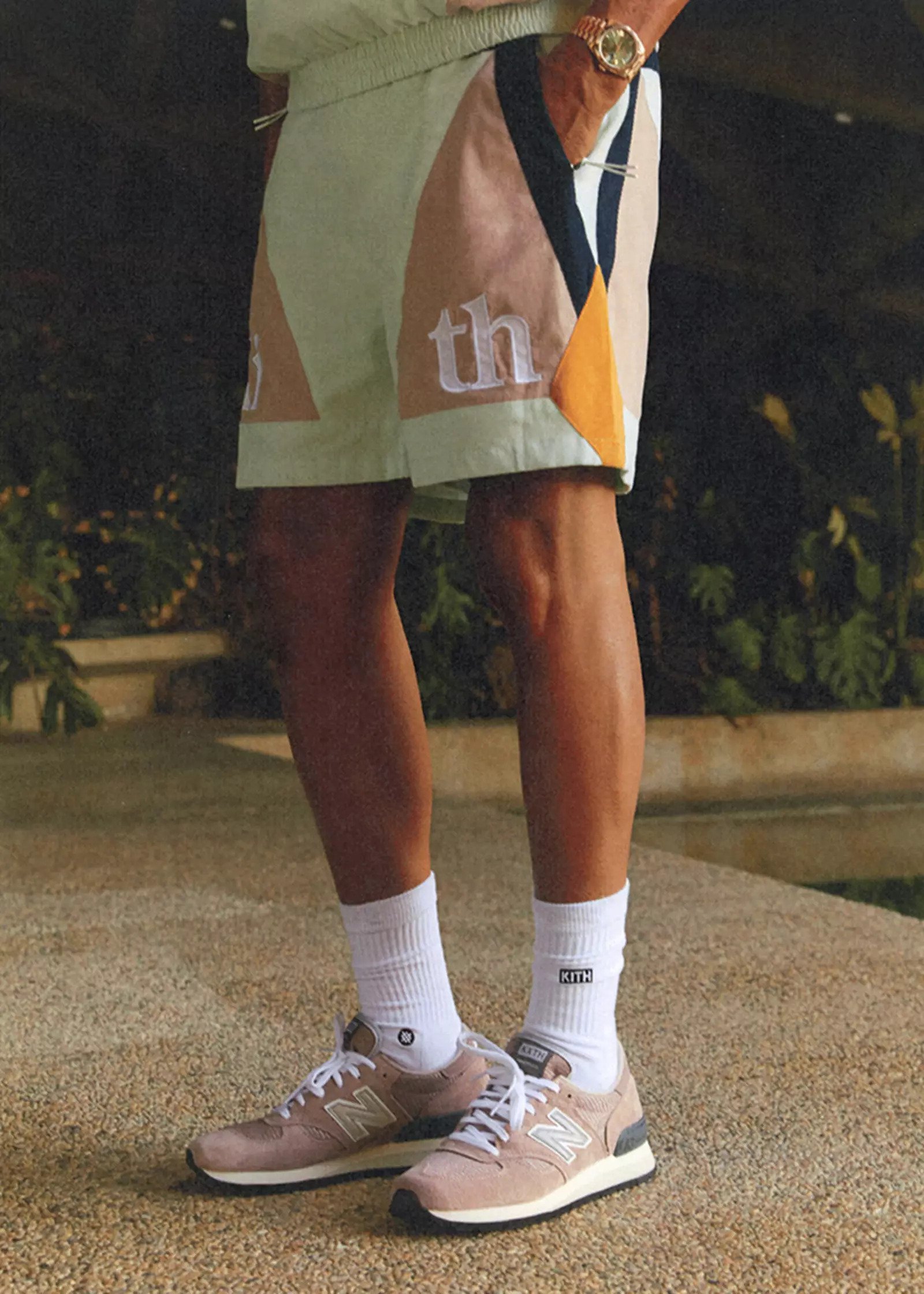