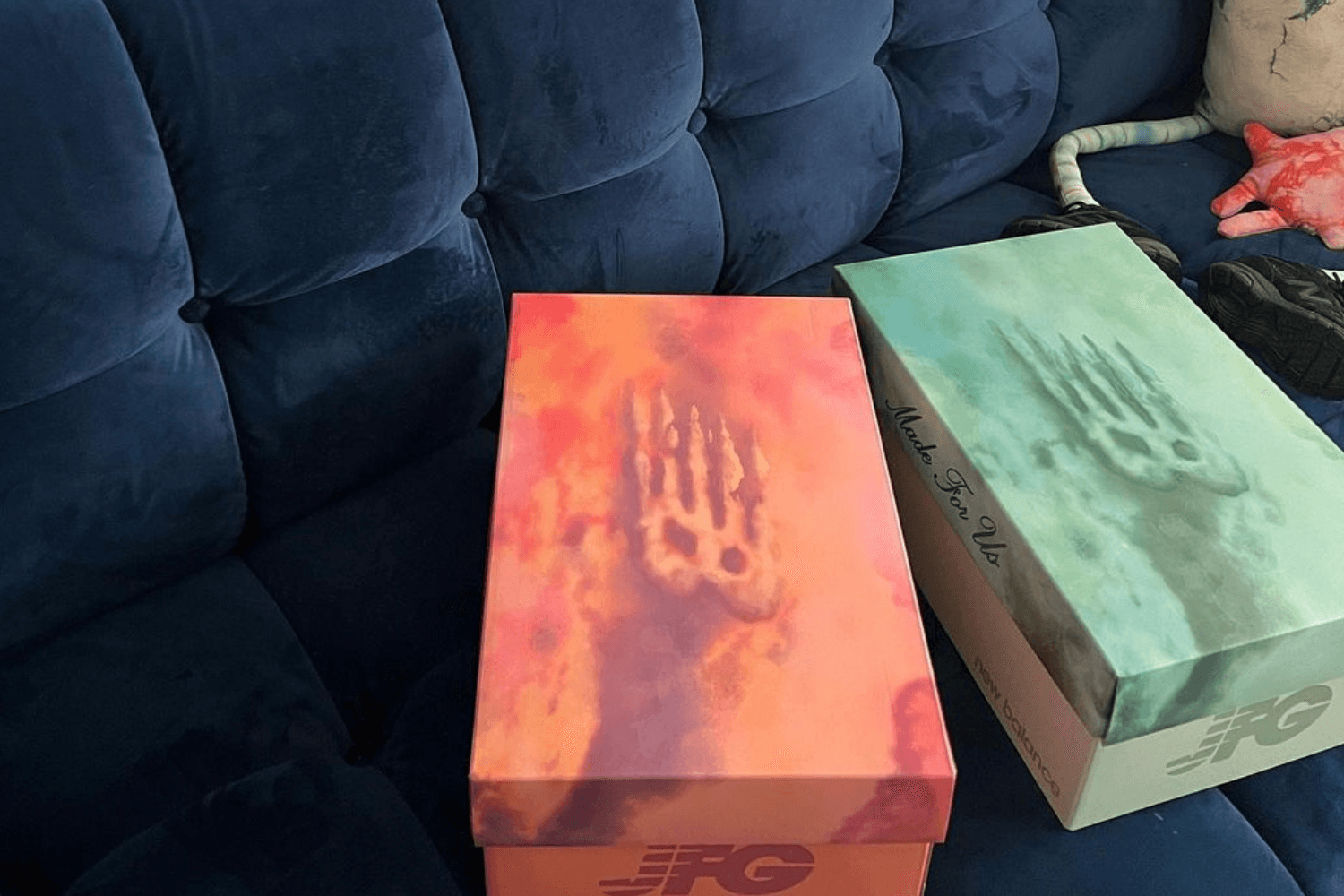 In January, 2022, Joe Freshgoods teased a New Balance collab on his Instagram. The two names have collaborated in the past and are now coming up with a new collab. The photo shows two different shoe boxes, indicating that two new pairs are on the way.

Designer Joe Freshgoods has not been sitting still in 2021. Last year, the Chicago-based designer came out with the New Balance 990v3 'Outside Clothes'. This pair had a colourful look, combining the colours brown, blue and green. The two names also came out with the 992 'No Emotions Are Emotions' in 2020.

Now Freshgoods is working on a New Balance model again. In the photo on Joe's Instagram account, we see two boxes. One box comes in a red-orange colorway and the other has a green colour. These will most likely be the colours of the upcoming pairs.

Joe is also giving away some more information on his Twitter account. Here we see a clip of Koby Bryant raising three fingers. This hints at the third collaboration of the two brands. The caption reads 'April 2022', most likely the date when we can expect the collab.

What the trainers will look like and further information will probably follow in the coming months. Keep an eye on our release calendar for updates on the Joe Freshgoods x New Balance collab. 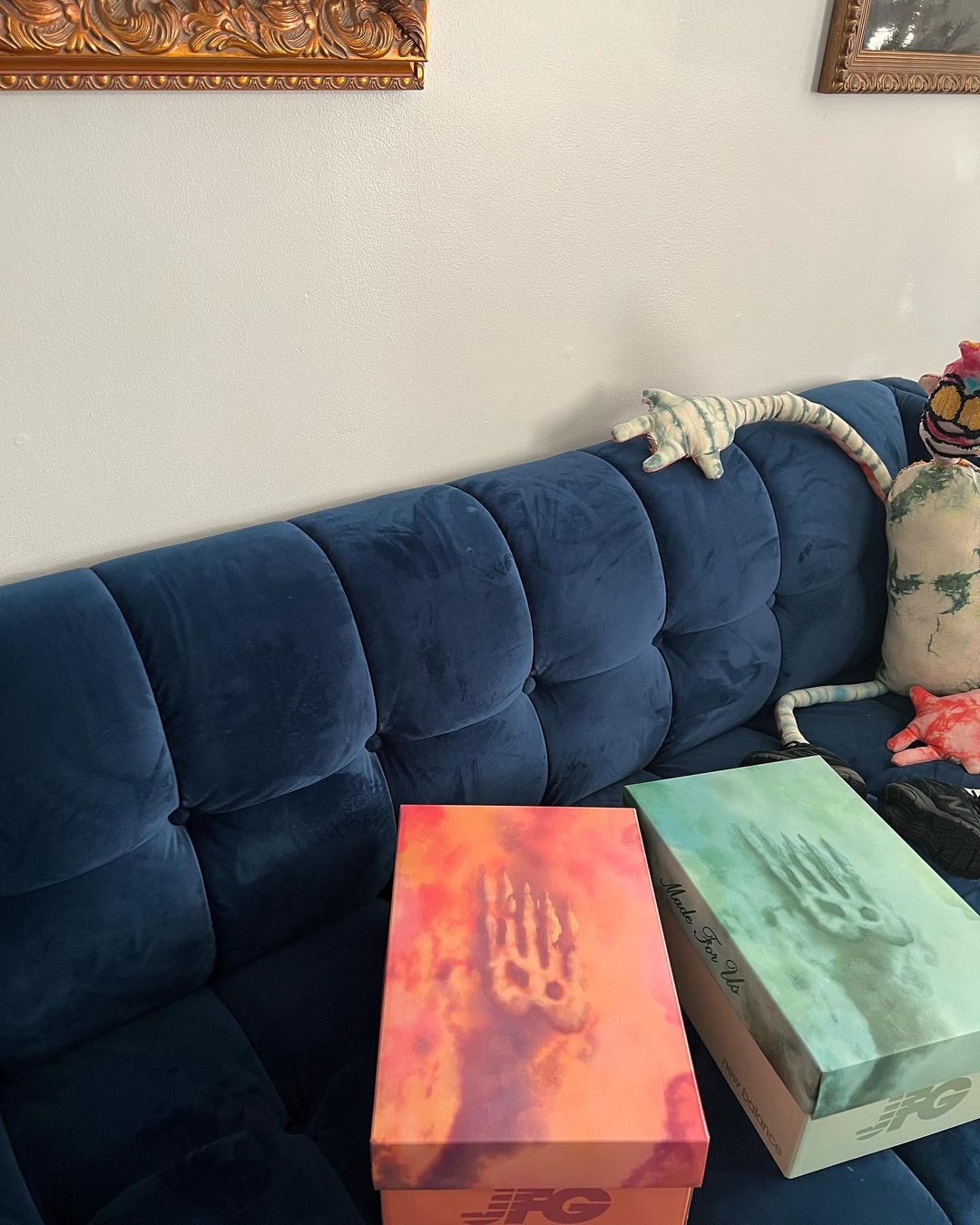