Is the Trophy Room Air Jordan 1 High the most hyped release of 2021? 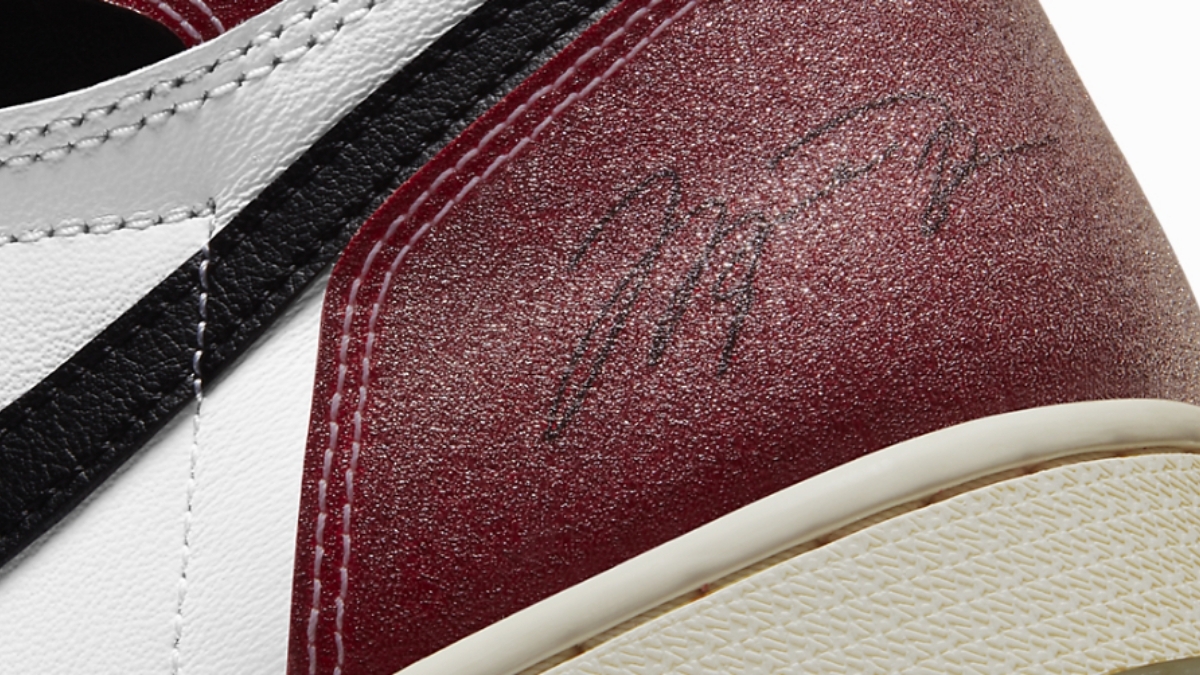 We have been seeing the images circulating for months of the upcoming Trophy Room x Air Jordan 1 High. This version of the Air Jordan 1 High is already one of the most hyped releases of 2021. With a possible release date in February, the official images have now come out. The sneaker comes in the familiar 'Chicago' colorway, but Trophy Room puts its own spin on the model.

Trophy Room is a sneaker boutique set up by Marcus Jordan, son of Michael Jordan. The shop is inspired by Michael Jordan's trophy room, located in MJ's house. This is not the first time Trophy Room has partnered with Jordan Brand. For example, in 2016 the two released a Air Jordan 23 and in 2019 the popular Air Jordan 5. The Trophy Room x Air Jordan 5 is now selling for €1000+ on StockX and we can see the prices of the Air Jordan 1 High getting that high too.

The colorway has been inspired by the 1985 Air Jordan 1 High 'Chicago'. The familiar combination of white, Varsity Red and black is used on the sneaker with some sail details on the sole. Yet Trophy Room has given the shoe a more luxurious look. The white leather used on the base is combined with glittering red leather. The black stitching that is found on the OG Air Jordan 1 Chicago is made white this time. One of the best details on the sneaker can be found on the side of the heel - here you can find Michael Jordan's signature. A transparent outsole shows red and blue stars, with the Trophy Room logo placed on the insole.

There will only be 12,000 pairs of the Trophy Room Air Jordan 1 High released in total, so unfortunately it's pretty much impossible to snag a win. The release date has not yet been announced for the sneaker, but is expected sometime in February. Check out the images below and download the Sneakerjagers app to always be up to date with the latest sneaker news, releases and shockdrops.