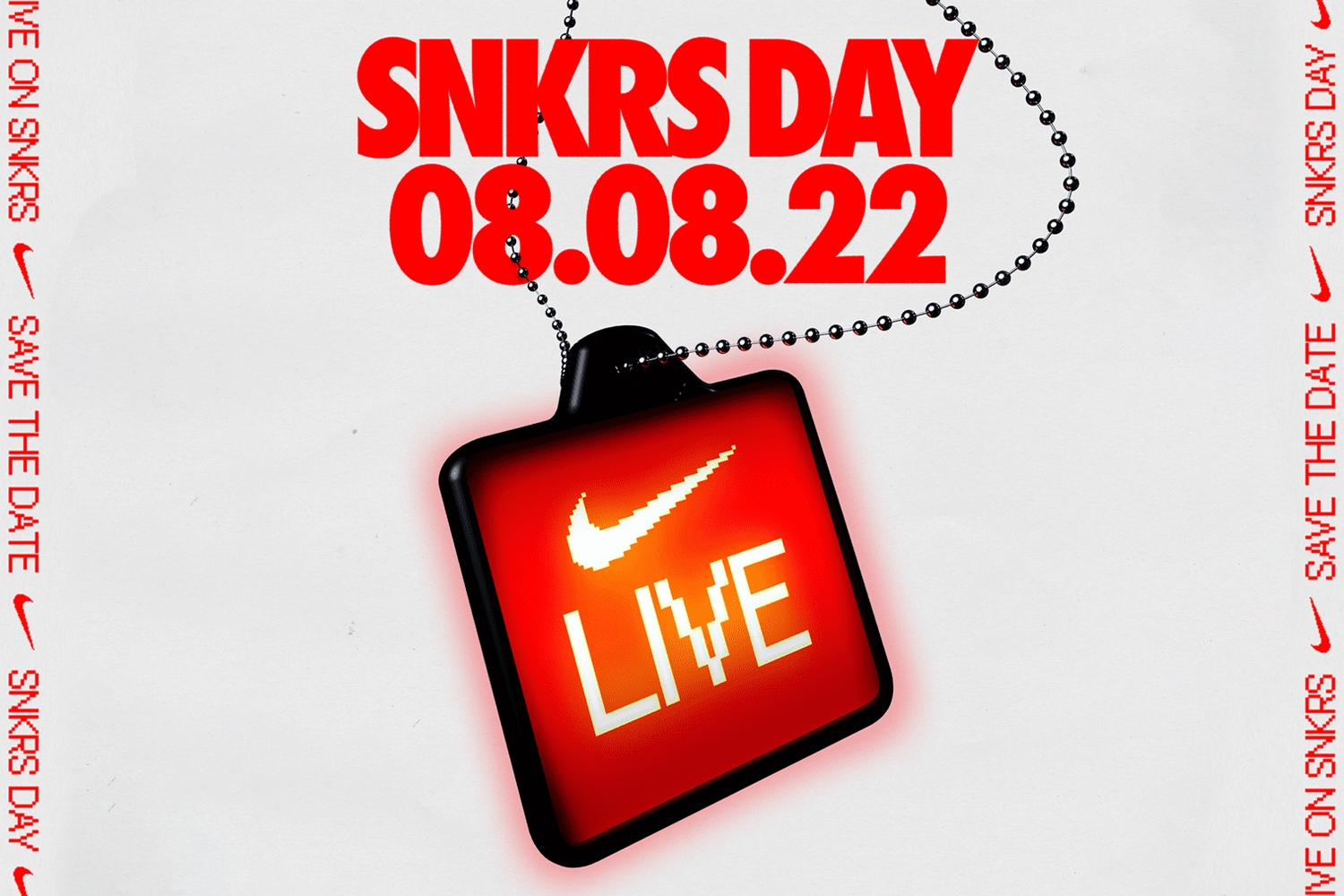 Every year, 8 August is dedicated to 'SNKRS Day' at Nike. On this special day the Swoosh celebrates the existence of the special SNKRS app. Every year new sneakers are dropped and popular pairs are restocked on that daz. Various activities are also organised and SNKRS Day 2022 is alreadz the fifth year in a row that the holiday is celebrated. Therefore, Nike is going all out.

So what can you expect on 8 August? During the day, Will and AZ, known from SNKRS Live, will host several livestreams. Here you will find inspiring talks, fun games and a lot more.

In addition to livestreams, you will also find special pre-recorded content on August 8th. These videos will take a closer look at the stories of the micro-communities from the three featured cities.

Last but not least, SNKRS Day will also bring several surprises. So make sure you have the Nike SNKRS app downloaded and your notifications turned on, so you won't miss a thing on this special day.

Also download the Sneakerjagers app and stay up-to-date with the latest sneaker news.