Have you seen the Kerwin Frost x adidas Microbounce T1 yet? 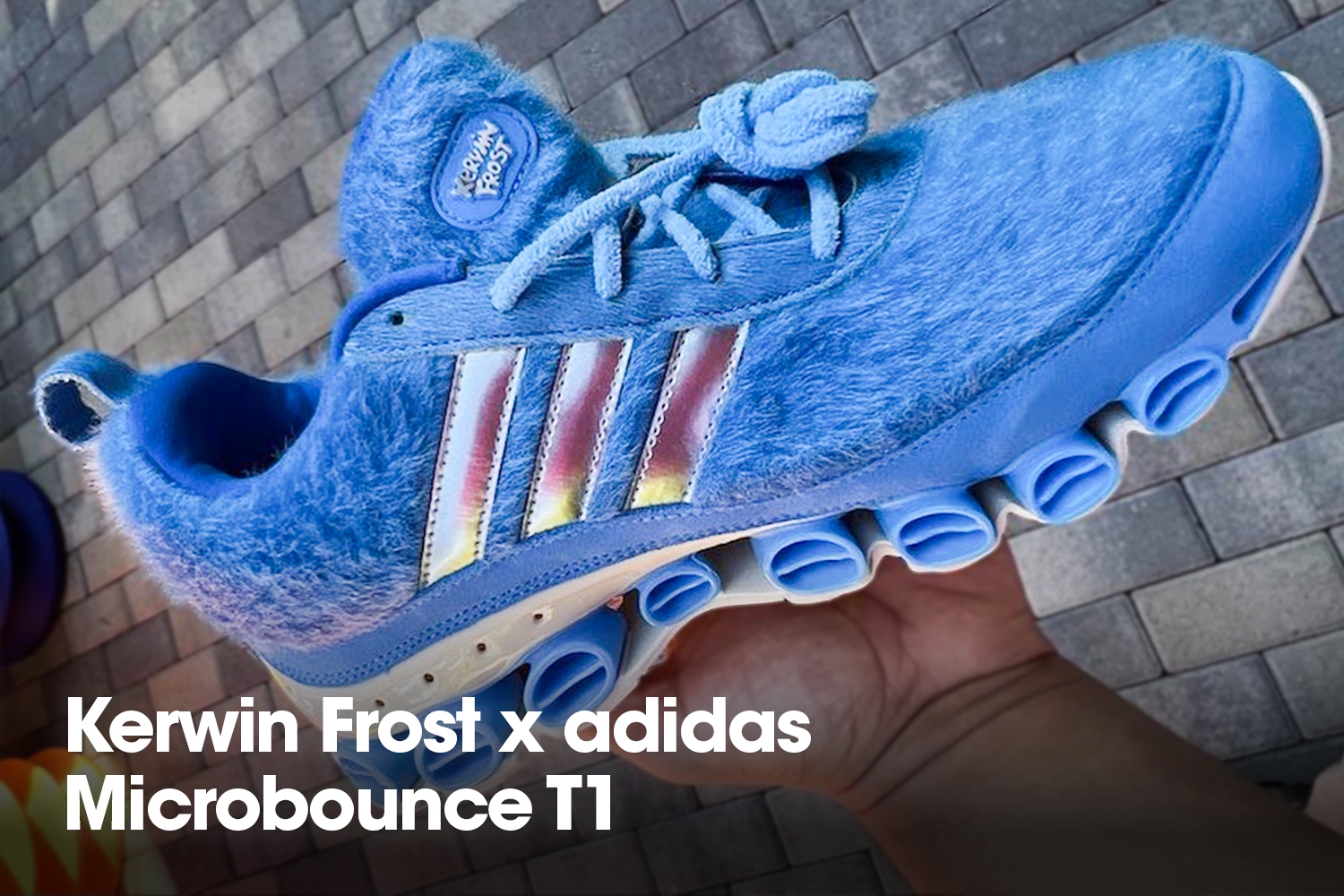 Kerwin Frost teams up with adidas again. This time, they are working on the Microbounce T1. The DJ and comedian has already worked on several adidas models in 2021 and now presents this bright blue sneaker. The Microbounce T1 has no official release date yet, but is expected in 2022.

Frost is known for his unique and striking designs. In 2021, he released the Superstar 'Superstuffed' for example. The iconic model was given an oversized look and the feet appeared to be much bigger than normal.

Frost also worked on a Forum Low and High in 2021. The Low had a colourful colorway with different cartoon drawings on the middle panel. The Forum High came with facial elements. For example, teeth could be put on the midsole and a nose on the tongue of the shoe.

The Microbounce T1 has also been given a unique look. On Kerwin Frost's Instagram account, we see the first images of the pair. The sneaker has a furry upper and is coloured bright blue. There are metallic stripes on the mid panel and the midsole has Microbounce cushioning. These colour the same blue as the upper.

The tongue features Kerwin Frost. The laces have also been given a soft feel. The Kerwin Frost x adidas Microbounce T1 does not have an official photo or release date yet. However, we can already take a look at the first surfaced images. As soon as we have more info on the release, they can be found in our release calendar. 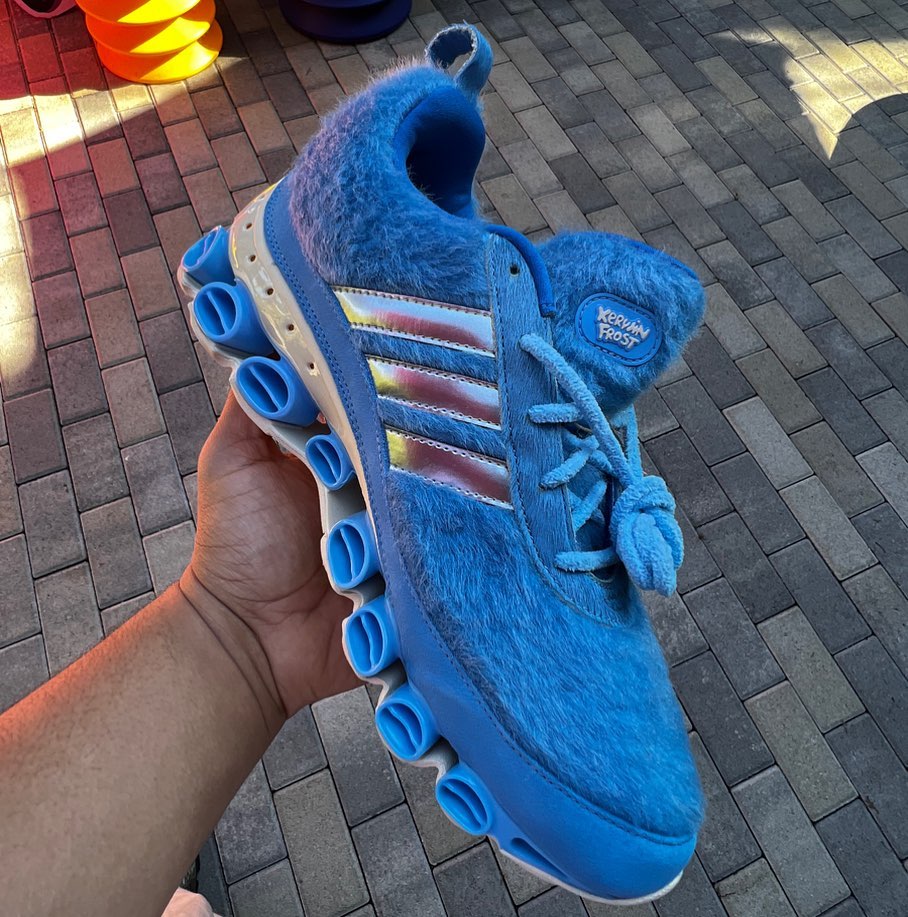