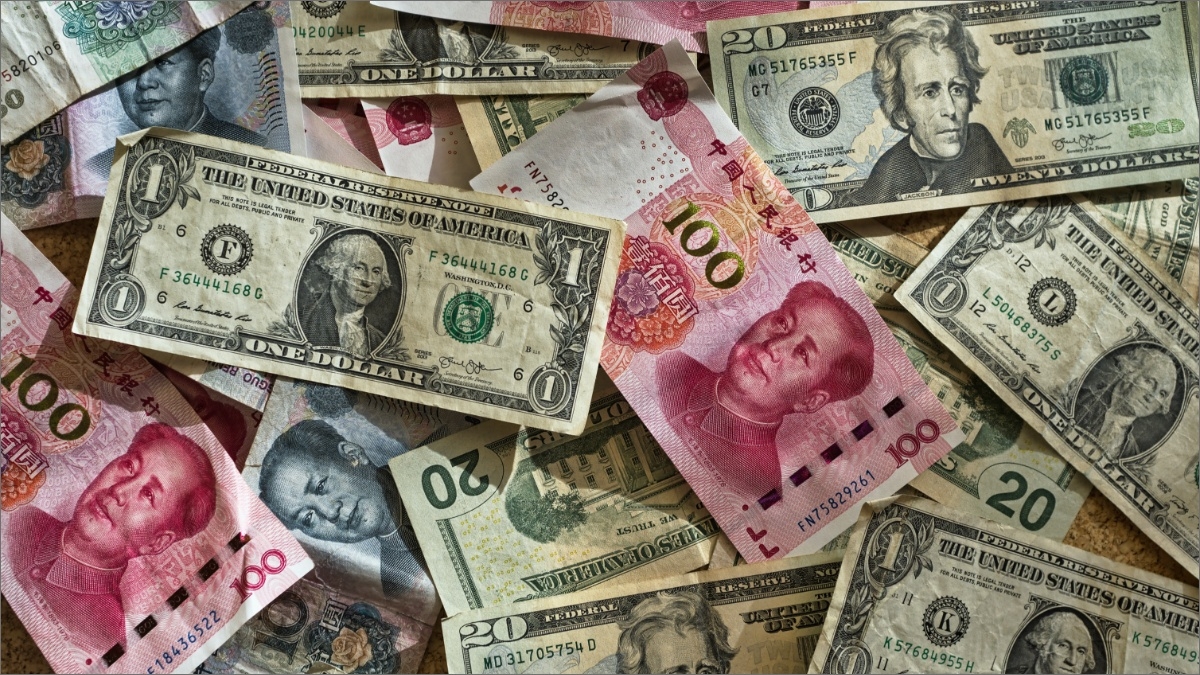 Right now, almost every Instagram profile or shop window is covered in rainbow colours. The reason is clear: June is Pride Month and companies and retailers are celebrating the diversity of our society with us. But is it more appearance than reality and what does the 'Pink Dollar' and its purchasing power mean for the economy?

We have long known what 'Pride' is. The increasing support and recognition of the community not only unites supporters behind it, but naturally also attracts the attention of the industry (especially in the Western world), because the LGBTQIA+ community is an attractive market from an economic point of view.

Good to know: 50 years ago, the fight for equal rights began with a raid in the New York gay bar 'Stonewall Inn'. Since then, June and July have stood for the movement worldwide. The community got its rainbow colours from Gilbert Baker. In 1987, the activist of the lesbian and gay movement designed the rainbow flag, inspired by Judy Garland's 'Over the Rainbow' song.

The purchasing power of the LGBTQIA+ community

LGBTQIA+, by the way, is derived from Lesbian, Gay, Bisexual, Trans, Intersex, Queer and asexual or agender persons. The + is added to include everyone.

Accordingly, many companies are designing targeted campaigns for the movement. As early as 1998, the potential of the pink dollar, at that time mainly in the entertainment or consumer goods industry, was estimated to be worth 560 billion dollars. In 2015, the purchasing power rose to around 917 billion dollars. This development pleased the LGBTQIA+ community as a way of financial self-identification as part of society. As a result, 90% loyally support businesses that support the rights of the movement.

For years, the industry has been in a fierce race to attract this colourful clientele. Many studies attest to their above-average desire to travel and consume, which in turn is reflected in offers from all sectors. Our beloved sneaker, sports and lifestyle brands are also taking part. In 2015, for example, adidas introduced its 'Pride Pack' for the first time, and worldwide collections were available from 2016 onwards.

The Pink Dollar: Facts and Figures

Speaking of lucrative: experts of the British market research company LGBT-Capital estimate the 'Pink Dollar' worldwide at 3.7 trillion US dollars per year, which is twice as much as the total purchasing power of Canada. In Europe, it is estimated to be 950 billion US dollars annually and for Germany, it is estimated to have a purchasing power of over 151 billion euros.

The Urban Dicitionary defines 'pink dollar' as follows: Term coined in the 1990s to describe the affluence of many gay couples. Describes the spending power of the gay community. Often associated with political donations, but also extends to entertainment, consumer goods and real estate, with some companies tailoring their products or services directly to this demographic. Lady Gaga owes much of her popularity to the power of the pink dollar.

Critical voices voice their concerns that companies are jumping on the colourful bandwagon, launching a few collections or products in rainbow colours, but not engaging further and more deeply, thereby solidifying the special position of LGBTQIA+ instead of deconstructing it.

In 2018, for example, organisers couldn't decide how political and how commercial a CSD parade could be. Marks & Spencer offered a special LGBT sandwich that stood for Lettuce, Guacamole, Bacon and Tomato.

Creative director of the digital agency Torben, Lucie and the Yellow Peril, Johannes Vogl, is annoyed: "What bothers me is the fact that many companies are less concerned with improving the living conditions of gays or lesbians worldwide, or that trans or inter people still have no lobby or their issues are addressed in any way". In contrast, he takes a differentiated view of pinkwashing. It would be market economy to design products for a strong target group.

It is important that companies meet the community at eye level and that the proceeds of sales are donated, for example.. Read more: The UN even gives companies a code of conduct on dealing with discrimination against LGBTQIA+ people.

"If we are to achieve faster global progress towards equality for lesbian, gay, bi, trans, and intersex people, businesses will not only have to meet their human rights responsibilities, they must become active agents of change.”

But there is also a risk for companies in adopting rainbow colours and the values associated with them. Gay marketing, as Handesblatt.de puts it, can theoretically also cause financial losses. According to the report, the Italian brand Diesel lost around 14,000 followers in 2019 after its 'outing' on social channels. We do not know to what extent it also had economic consequences.

We use both 'queer' and 'LBTQIA+' here for the term 'queerbaiting'. For an understandable and differentiated explanation, please have a look at the Video on @erklaermirma.

The term is a phenomenon that has been around in various forms for a long time and is therefore not really something new. It originally refers to a marketing strategy in the early 2010s of suggesting queer plot lines in series, books and films, but not telling them. This keeps a queer audience on the ball, but at the same time does not scare off the conservative.

The group kiss between Madonna, Britney Spears and Christina Aguilera at the MTV Video Music Awards 2003, for example, caused a stir. Even today we don't know whether it was just provocation or a statement. Most recently, Billie Eilish made the public murmur with the music video for her song 'Lost Cause'. In it, she throws a pyjama party and sings about an unrequited crush: a metaphor for coming out? She also posted a post on Instagram with the caption "i love girls".

Is this just clever marketing by the singer or a real confession? The singer is constantly sexualised, even though she is only 19 years old. Basically, it would only be a matter of publicly discussing what women are allowed to do, according to taz.de. In the end, however, it is once again most important to let each and everyone have their own and their own.

Our message: Be the way you are, because you are wonderful.

However, the colours pink and rose are not only associated with the LBTQIA+ movement, but of course also with women. Shavers, for example: one pack contains six blades, all from the same brand that advertises skin care to customers. The only difference is the colour: one is blue, the other pink. One costs €3.89, the other €4.49. This obvious differentiation is not an isolated case and is called 'gender pricing' or also 'pink tax'.

In some cases, there is a significant price premium for the pink product. Besides, I think we all know that even for women with short haircuts, the hairdresser is still more expensive than the one for men. Can that be fair?

Maria Wersig, professor at the University of Applied Sciences and Arts in Hanover, tells faz.net that industry representatives would argue that the service effort for women is greater or that they would also expect special advice for care products. But Austria also has unisex prices in many service sectors. It's possible if you want.

Let me conclude by saying: We at Sneakerjagers are also happy about great Pride collections and the general attention they draw to the LBTGQIA+ community. But with posts like this, we want to differentiate and shed light on the background!!