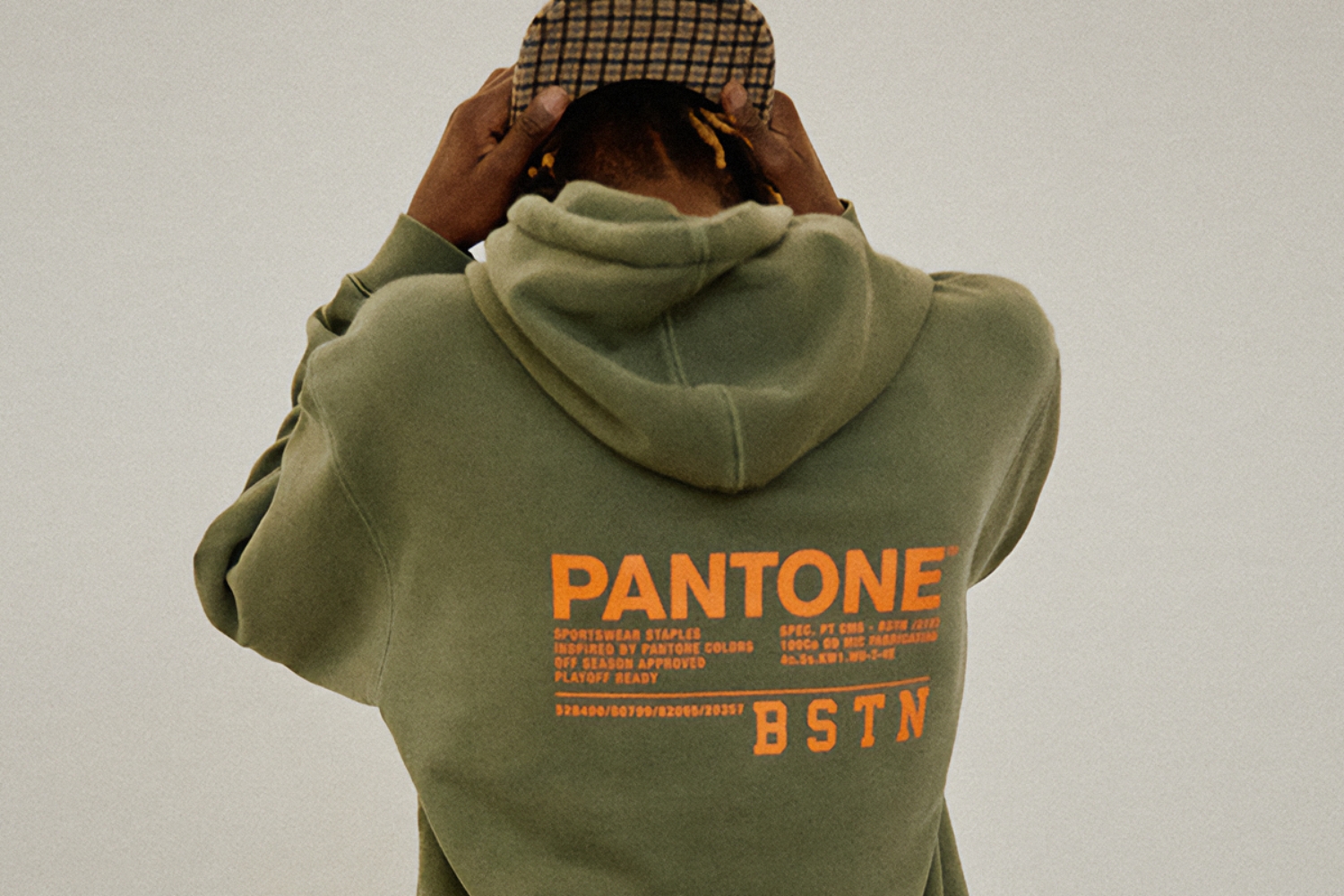 The Sneaker and Streetwear Shop BSTN (formerly: Beastin') has been supplying the Munich scene, as well as anyone with access to the internet, with the hottest products from many popular brands for several years now. After the first opening in 2013, the founders quickly had the desire for a private label and their own products, which are still welcomed with open arms by the community today. The latest example that the guys are doing everything right is the current BSTN x Pantone Collection 2021.

After the first part of the collection by BSTN and Pantone was already released in August, the two collaborators now deliver another colourful collection. Look forward to more trendy hues on monochrome apparel and accessories!

The BSTN x Pantone Drop II will be at least as fresh as the first and comes with coordinated garments that you're sure to rock, especially at this time of year in December 2021.

Pantone, which has existed since 1962, has been providing a universal language of colours worldwide for decades.

Since the revolutionary idea of an innovative tool, the PANTONE MATCHING SYSTEM®, in 1963, Pantone has made it possible to select, describe and reproduce accurate colours anywhere in the world.

Using the company's own number codes in the form of chips, a wide variety of colour shades are defined, which are now synonymous with Pantone and have long since achieved cult status.

The "Pantone colour language" supports all industries in which colour plays an important role - from textiles, fashion and cosmetics to interior design, architecture and industrial design.

If you want to know more, take a look at the Pantone homepage.

But now let's move on to the collaboration with BSTN.

Now you know that Pantone is mainly responsible for supporting their partners with a highly accurate colour selection, one thing should be clear to you - the monochrome garments are exactly the way the guys from BSTN have imagined.

The first drop, which took place at the beginning of August 2021, has already brought some aesthetic t-shirts, shorts, hoodies and accessories. From 'Frosted Peach' to 'Tropical Gold' and 'Blue Lagoon', some casual pieces in bright colours could be seen here.

Currently (as of 17 December '21), some pieces from the first drop of the collaboration are still available at BSTN and many of them are even reduced:

The final parts of the first BSTN x Pantone drop

Following the collection of summer sportswear for the off-season, BSTN has once again teamed up with Pantone. Recently, on 08 December 2021, they released a second round of premium essentials in seasonal colours with mostly monochrome designs.