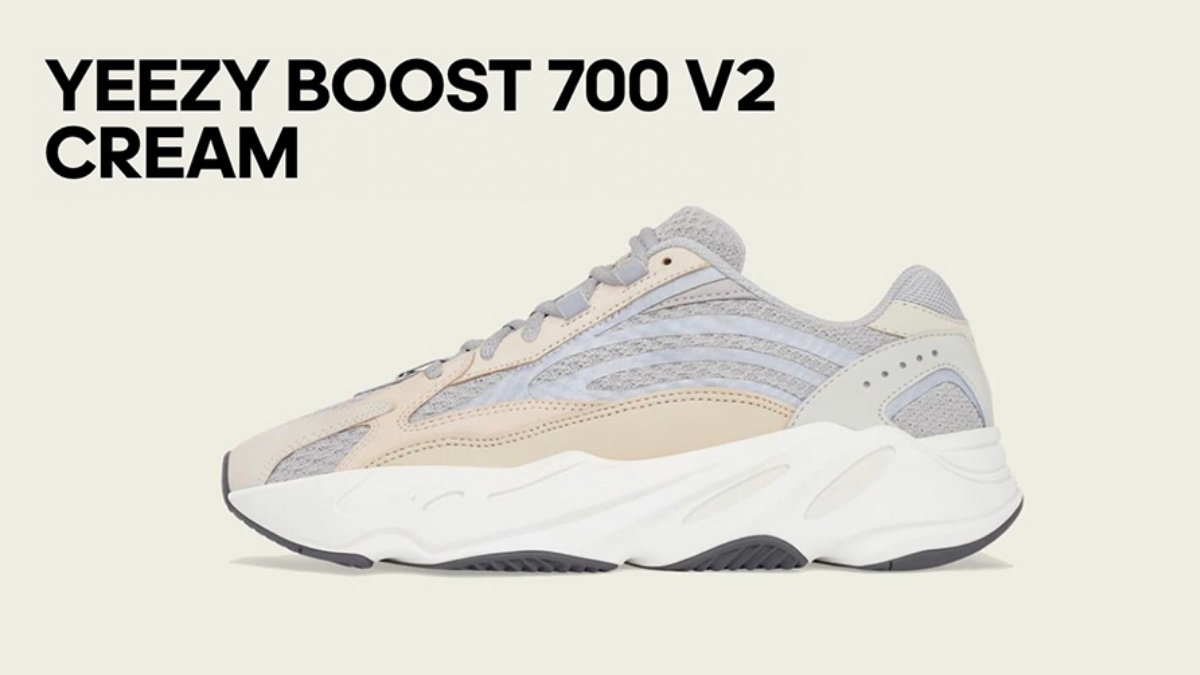 It's been a while since the last colourway of the Yeezy 700 V2 was dropped. After months of patience, it's finally here. You can now sign up for the adidas Yeezy 700 V2 'Cream'. A sophisticated colorway on a tough sneaker.

The first images of the colorway on the silhouette leaked in January 2021. The brand of rapper Kanye West, has been collaborating with adidas since 2015. We already know several models from the two brands and see no end in sight. In 2017, the first Yeezy 700 dropped in its OG 'Wave Runner' colorway. Meanwhile, Kanye has given the silhouette multiple new looks with the 700 V2, 700 V3 and 700 MNVN.

Grey and cream shades alternate on the upper of the sneaker. Grey mesh is used extensively, while the cream-coloured areas appear to be made of leather. The upper also features a silver reflective material. The midsole is white and of course, features the well-known BOOST material. The sole is finished off with a black outsole. On the toe we see a small part, which is made of suede in the cream colour. Pictures of the pair can be seen at the bottom of this blog!

While the retail price of the Yeezy 700 is normally €300, this colorway is available for €240. You can register for the sneaker at adidas. On Saturday, March 13, the Yeezy Boost 700 V2 'Cream' drops at 08:00 on the new adidas Confirmed app. On this app we can find all special adidas releases from now on!

Keep an eye on our Instagram for news, releases, restocks and much more sneaker content! Never miss a release again with the Sneakerjagers release calendar.