Fan favourites of 2021 collabs on StockX 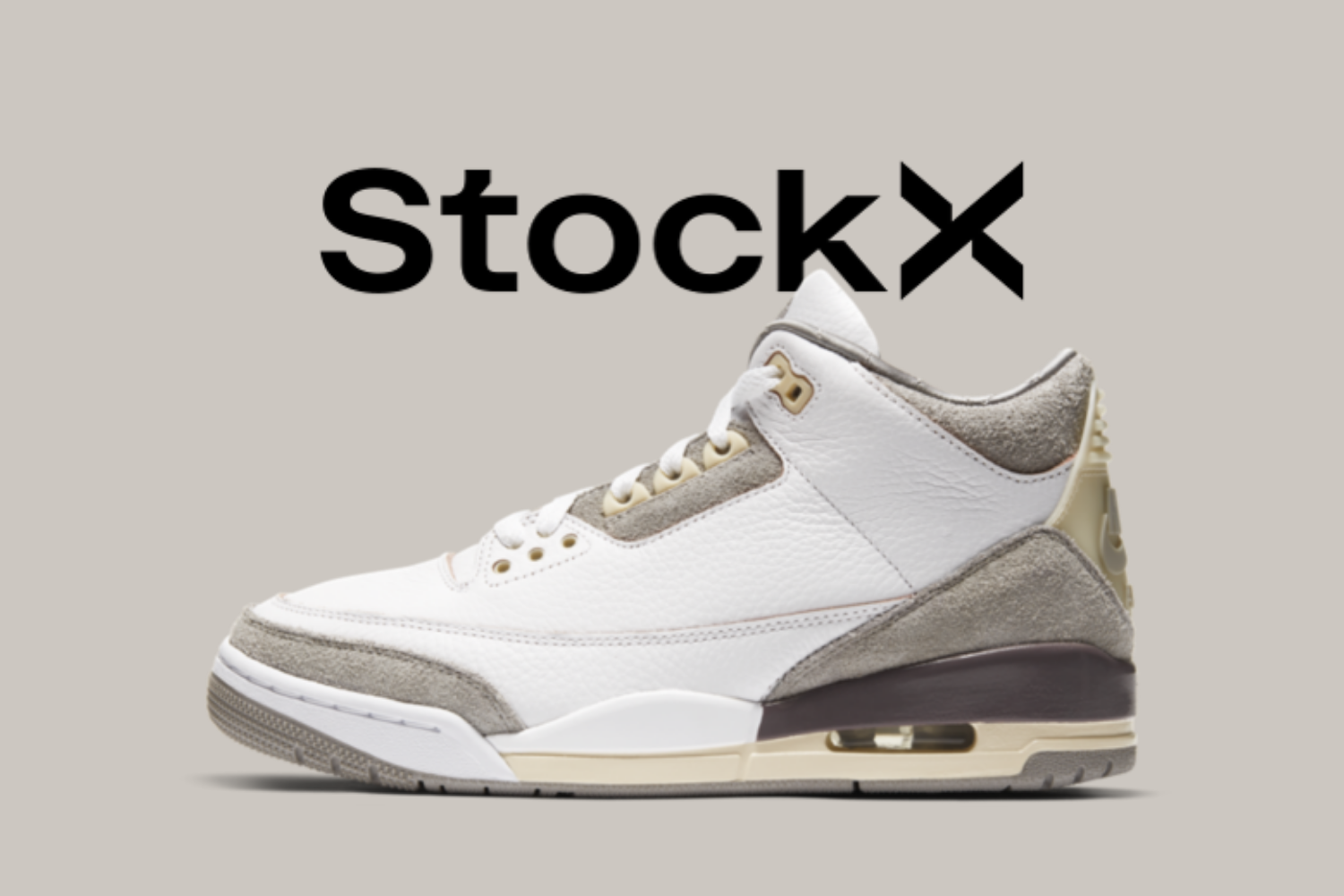 The year is not over yet, but already has a lot of special and successful collaborations. Brands like New Balance, Nike and adidas have collaborated with artists, organisations and shops in the past few months. From the new Yeezy's to the collaborations with high-end brands like Comme Des Garçons, StockX kept a close eye on these collabs and came up with a fan favourites list.

Sneaker and apparel shop A Ma Maniére collaborated with Nike on the 2021 Air Jordan 3. According to founder AMM John Whitner, the sneaker took its inspiration from the desire of "Black women and the desire to showcase luxury through a Black cultural lens" (StockX).

Different materials have been used in the model, giving the sneaker a luxurious look. The model has a minimalist design and shares the colours white, beige and grey.

Travis Scott was also back this year, releasing two Air Jordans. Unlike the previous Air Jordan collab, these pairs share a blue look instead of a brown colorway. The centre panel features the inverted swoosh that is characteristic of the two names' collaboration. The Fragment logo can also be seen on both models.

After Travis Scott's previous successful collabs, it was no coincidence that these two models also appear in StockX's fan favourites.

New Balance has had a lot of great collaborations in 2021. The collaboration with designer Joe Freshgoods was also a hit and this colourful pair did very well. The sneaker combines different colours and materials and reflects Freshgoods' colourful style well in the design.

The 990 model was already at the centre of New Balance's 'Anniversary pack' in 2021, and this pair, with its brown and blue colorway, is not to be missed.

Union LA collaborated with Nike on several Air Jordan 4 colorways in 2021. The brand is based in New York and combines fashion and functionality in their items. The two colorways 'Desert Moss' and 'Taupe Haze' did very well and have a striking design. The folded tongue pays homage to the way sneakers were often styled in 1989.

The first Union LA shop opened in 1991 and the Air Jordan 4 was designed for the 30th Anniversary of the shop. These sneakers also did well with the fans at StockX.

A notable collaboration from 2021, was that of Nike and Off-White. Virgil Abloh and Nike have worked together in the past and came up with the Air Jordan 4 'Sail' in 2020. Unlike previous collaborations, this time Abloh went all out and the designer came up with 50 different colorways of the Nike Dunk Low.

The sneakers in this collaboration, were named 'Lot 1' to 'Lot 50'. The first and last sneakers of this pack got a different design than the numbers 2 to 49. Lot 1' has a white leather upper and 'Lot 50' is black. The other models from this collaboration all shared the colours white and grey and had different coloured details in their designs.

The classic Club C model from Reebok also makes an appearance in this list. In collaboration with Eames, an interior design brand, the Club C was given a minimalist design. The trainer pays tribute to the furniture designer Charles Eames. He was a beloved designer with his functional and simplistic designs.

The EAMES logo is stitched in grey on the middle panel. The grey colour is also used on the collar and piping.

Comme Des Garçons has collaborated with Nike on the Air Foamposite One for 2021. This striking model has been given a circular pattern from nose to heel and comes in the colours black and white. This model was very famous in the 90s because of basketball player Penny Hardaway who was seen in this model.

The model is known for its unique design and this collaboration reflects that. The unique way in which materials are used makes it a remarkable sneaker.

The Forum Low is a classic model from adidas. The sneaker was designed as a basketball shoe and has become a popular model that has received several collabs. This includes the artist Bad Bunny, who has also collaborated with adidas several times in the past.

According to StockX, the Forum Low is not necessarily the model that does very well in the resell, but the collaborations with Bad Bunny prove otherwise. Sneakers in collaboration with the artist achieved the 'highest release week premium' for a debut artist collab on StockX in the last 5 years.

The fact that we have a Crocs pair in this list is very unique. The collaboration between Crocs and artist Diplo resulted in a unique pair. These Crocs share a striking colour scheme, combining the colours pink and blue. A striking detail on the silhouette is the mushrooms on the nose.

The strap at the ankle shows the name 'Diplo'. The name of the shoe does justice to the design and makes this pair a very special collab from 2021.

Check the slide out on StockX here

So the year 2021 was full of great collabs. These are the fan favourites according to the data of StockX, but there are a lot of other models that were just as observant as these items.