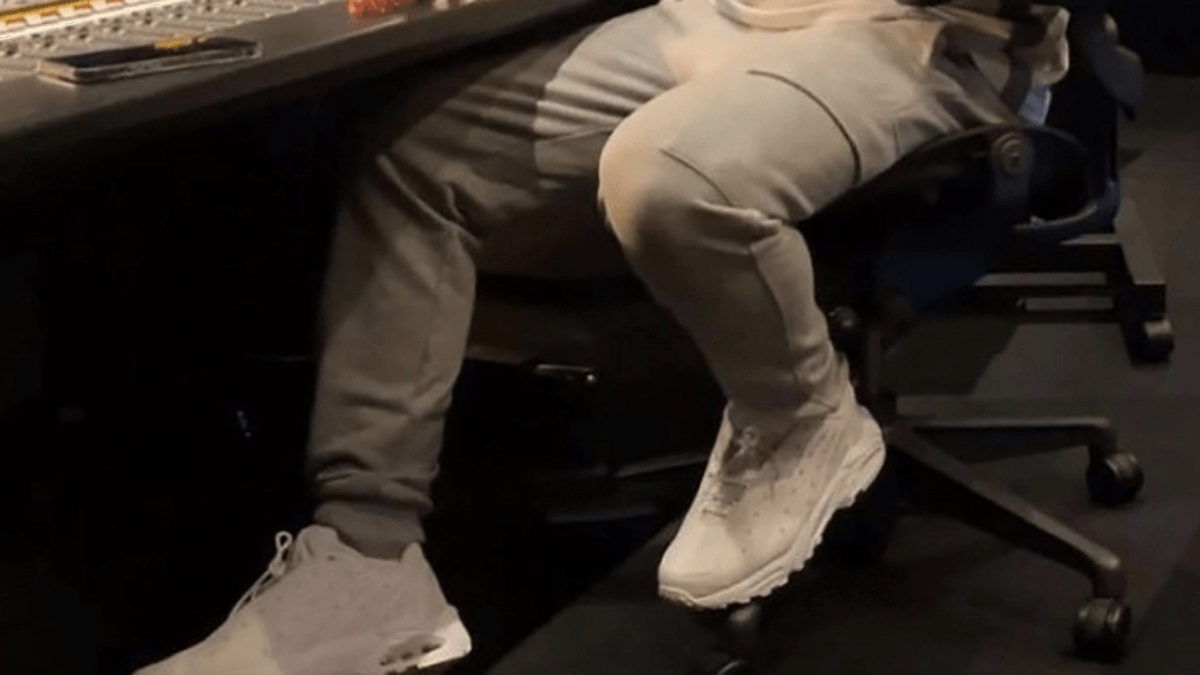 Last week, Drake shared a photo on Instagram where he can once again be seen wearing Nike sneakers that have not yet been released. He has previously been spotted wearing the sneakers in the music video for his hit 'Laugh Now Cry Later'. It looks like we can expect an official release of the 'Hot Step Air Terra' collab between Drake x Nike's line called NOCTA later this year. Read more about this collection here.

Last year, Drake did a number of things in collaboration with Nike. In 2020, they released 'Certified Lover Boy' merchandise which was completely dedicated to Drake's upcoming album. This month, the album 'Certified Lover Boy' will be released. In addition, the Canadian artist has also dropped a clothing line in collaboration with Nike called NOCTA. Last month, we saw the first collection released and sold out in no time. Now we can look forward to the upcoming collaboration.

According to rumours, the upcoming collab will use the 'Hot Step Air Terra' model. This was created in collaboration with Drake's Nike sublabel called NOCTA. The aesthetic of the sneaker seems to be inspired by running shoes. Additionally, the silhouette wears a minimal colour scheme of white that is accented by metallic silver details. An exposed Air Unit can be found in the white midsole, while the rubber outsole completes the design.

Unfortunately, we will have to wait for an official release date. According to rumours, the sneaker will be released in the autumn of 2021. However, nothing has been officially confirmed yet. Until then, keep an eye on our channels daily so you never miss the latest news.

Curious to see what the sneaker looks like? Scroll down for the photo Drake shared on Instagram.