adidas ZX: A history that moves! 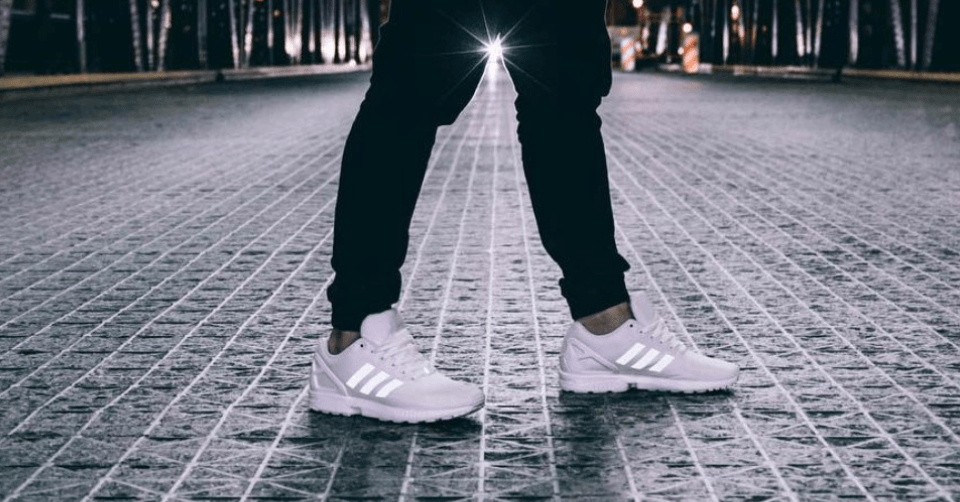 And that in the truest sense of the word! Because today we want to deal with the moving history of the adidas ZX family. Why? Because the sneakers of the adidas ZX series have been moving us around the world for years. Because, pun aside, the history of adidas ZX begins in the world of runners and athletes. But one thing at a time. Now we'd like to take you on a leisurely ride through the history of a special silhouette and then, of course, introduce you to some of the models in detail.

We are in the year 1984, because this is where our story begins, with the first sneaker of the ZX models. The ZX 500 was the first shoe at that time and it still enjoys a high status in the RM version today. The idea behind the sneaker was initially a sporty one: The concept was born because adidas wanted to cover all the wishes and needs of the runners. No matter what training, what type of run and what surface. The ZX should optimally support and accompany every athlete.

Thanks to its special style and great design, the sports shoe quickly made it into fashion and became both suitable for everyday use and super popular. The running concept of the 80s by adidas is still embodied in the style and functionality of the ZX models today. But we are not quite there yet! Between 1984 and 1988, the ZX's so-called "hundred numbers" were first released. From the ZX 220 to the ZX 930: Altogether almost 20 variants were designed for different needs.

So the adidas ZX shoes we know and love today are inspired by their beginnings in the 80s and 90s. Today, running retro sneakers are more popular than ever. Many ZX fans have joined in over the years and the historic models still populate the streets of the world today. The retro charm, together with the modern attributes that have been added over the years, combine the best of old and new in one sneaker design.

Old style with modern technology? What can we imagine by this? Meanwhile we are already at the thousands of ZX models. The old design has stayed the same in many areas and is still the charm of the shoes. From the very beginning of its career, the ZX has made the sports world insecure, and it still has what it takes. In 1988, torsion technology was used for the first time in the ZX 8000 and is based on the philosophy: "To ensure the freedom of movement from the back to the forefoot as much as possible and also to provide additional support. We still find this technology in the ZX sneakers today. In some models we find the Torsion Bar to perfect the whole thing. The sole of the shoes is divided into two parts, so that forefoot and rear foot are supported independently of each other.

But the sole is even more innovative today. The Boost technology from adidas has also made it into this sneaker. And to top it all off, we also get a midsole with an EVA insert here and there. The special wearing comfort of the ZX sneakers is what makes this shoe so popular and what makes it so special.

In 1988/1989, the thousands of models in the ZX series were designed, which we still know, wear and admire today. What should not be missing is the upper made of mesh and suede. The first of the thousands was the adidas ZX 4000, which still looks a lot like its predecessor from the 80's. Together with the EVA midsole and the well known Torsion System it is a great, comfortable sneaker with a chic style. We have a chic white ZX 4000 as an example for you. The button below the picture takes you to another selection of colorways.

The ZX 6000 is not available so often nowadays. But for the 30th birthday of the Torsion-System last year there were a few more versions, of which we want to show you a few. Have a look for yourself, what changes you will notice compared to the previous model. Especially the extra support at the heel we will see again in the adidas ZX history.

This model of the ZX series has just recently received some more chic new colorways. The Lethal Nights Pack, for example, gave the ZX 8000 an animal, wild look or the Sakura Pack, which was created in honour of the German-Japanese friendship. Also the YX 8000 'Aqua' was very popular and not to forget: The No Walls Needed Pack. Also with this model, we see development and well-tried things equally. A slightly different lacing system and the heel element are the most striking differences.

Here we still have a model that was re-released on the occasion of the 30th anniversary of the torsion technology. Again, we see the mix of mesh and suede that has been the hallmark of the adidas ZX models for years. There are also a few minor design changes to the predecessor. Otherwise, the sneaker also comes with a Torsion System in the sole and, like all shoes in the ZX family, promises a comfortable walking experience.

The numbers go higher and higher. We have already arrived at the 10000 model, which we have already seen in a new look a few times this year. Here we see a few more changes compared to its predecessors. The lacing system, the sole and still you can see very clearly that this is an adidas ZX.

A few years ago, the Flux models of the ZX family turned the sneaker world upside down. We get a slightly different silhouette, but the sole and heel element is still very similar to our other ZX models. A simple, clean design that has understandably gained many fans. Here too, comfort is not to be ignored. The simple upper sits well on the foot and we now know what the Torsion technology can do.

This model is also very popular today. Here we see the two-part sole, which we have treated before in the course of our history. The design combines the look of our ZX with the technology of the Torsion X. The X-shaped Torsion Bar combines the two elements in the sole and thus also the forefoot and rearfoot. We also see a few differences in the design that stand out.

This is the latest combination from adidas in combination with the ZX family. Here we get clear influences from ZX and furthermore the latest technology in running shoes. Because this mesh sole you see here is developed with the 3D printer. The mesh upper is reinforced and supported at the heel in the key areas, as is typical for the ZX. A top class running shoe that combines the best of past and future.

Here end the ZX history if, understandably, you want to bring an adidas ZX into your home now, we have another great selection for you here. If you like one of the models we presented to you, you can get to it by clicking on the buttons and the pictures. In our Newsblog we also have many more stories like this and the latest news from the sneaker world.