adidas x Gucci a fashion collab to look forward to 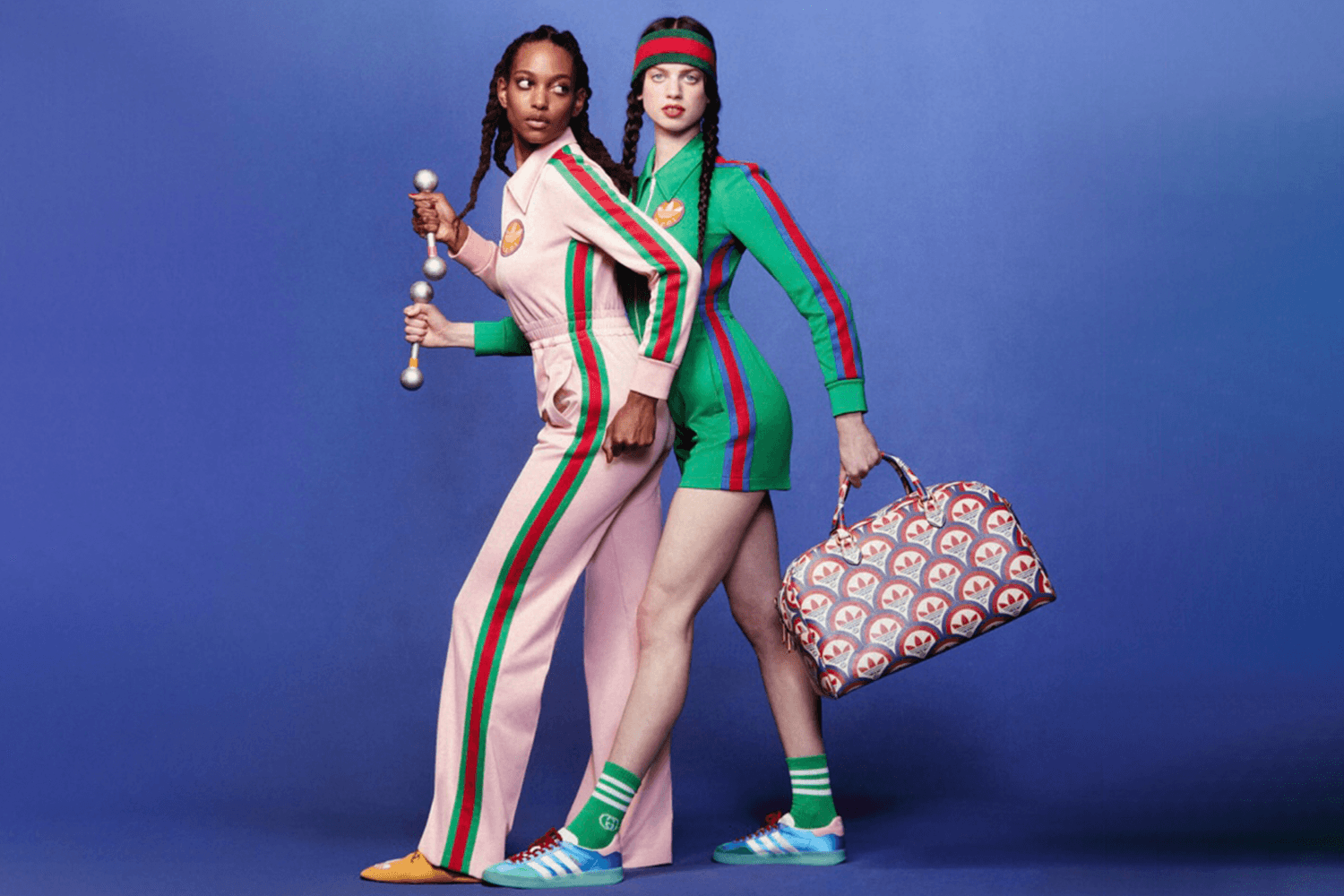 adidas and Gucci first announced their collaboration on Friday, February 25, 2022. Since then, we have been regularly teased, with images of the upcoming items of clothing. Now it's finally almost here, on June 7, 2022, the entire collection will be released. The collection reflects a shared commitment to innovation, progress and sustainability.

In this blog, we take a closer look at the whole adidas x Gucci collab.

It all started on December 20, 2021, when the first hints to the adidas x Gucci collab were given. On the Twitter account @HypeNeverDies, we saw a print of both logos, which would hint at the collaboration.

The collection was then shown for the first time at Milan Fashion Week in February 2022. Where creative director Alessandro Michele presented his latest collection for Gucci. This included items from the upcoming release. Prior to the show, Gucci revealed the new logo on Twitter, the adidas Trefoil logo with Gucci written underneath. You can check out the runway below!

adidas has several collaborations with luxury brands to its name. These include partnerships with Stella McCartney, Rick Owens, Yohji Yamamoto and Prada.

As well as Gucci, which has already worked with The North Face and Balenciaga. So it is not surprising that the two have found each other.

On Tuesday, May 10, 2022, adidas unveiled the lookbook of the collection. Which gives us our first good look at the upcoming collab. Alessandro Michele wanted to create a series of images in which people pose dynamically in front of a colourful background with sporty props. Photos are made by photographer Carlijn Jacobs.

The branding of both brands can be seen on the clothes, think of the iconic stripes. The collection includes a bomber jacket that features the three white stripes of adidas on one arm and the famous green and red stripes of Gucci on the other. In top of that, each item has the Gucci logo merged with that of adidas.

The adidas tracksuit has been redesigned in different variations. They are all adorned with the emblems of adidas and Gucci. In the future, the collab will also release accessories and the Gazelle colorways.

Unfortunately, it is not yet known when, but you can already check them out here!

The collection seen in the adidas x Gucci lookbook will be released on June 7, 2022. The clothing items will be available for purchase through Gucci's website, the adidas CONFIRMED app, selected Gucci shops and adidas x Gucci pop-ups. All other items will release later in the year 2022.

For the entire adidas x Gucci lookbook, click the button below!