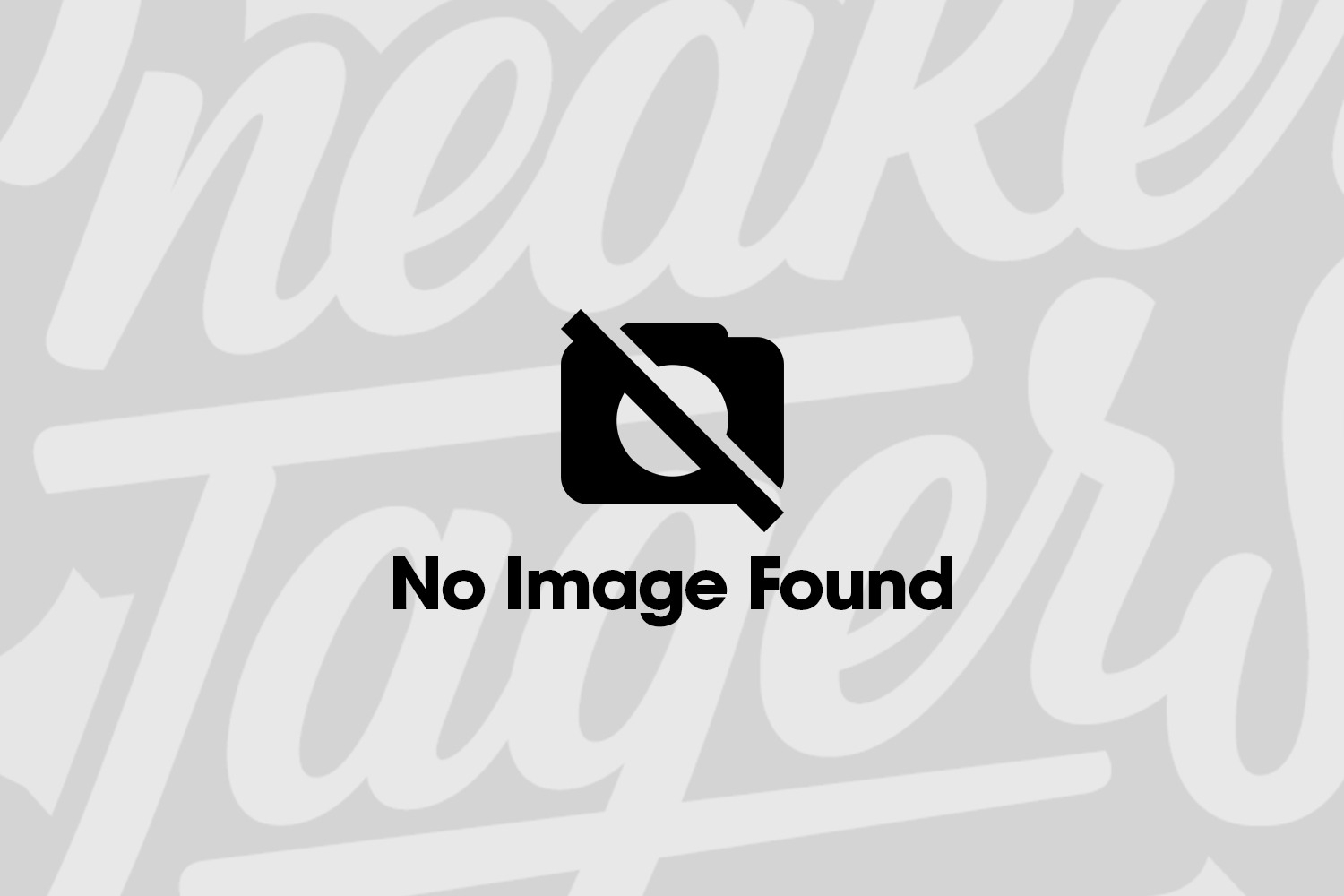 adidas and atmos have once again collaborated on a new release of the ZX 8000. With this collaboration, the duo adds yet another pair to the adidas x atmos G-Snk collection that has been running since 2010. The sneaker is inspired by a sample from 2012 that was ultimately never released. Ten years later, the sneaker is finally released. This is because former Head of Energy at adidas , Till "TJ" Jagla, came across the shoe in the archive room and made a push for a new release.

The upper of the adidas x atmos ZX8000 G-SNK "TJ" is mainly grey and cyan with pink details. The grey toebox is made of mesh. On the overlays you will find a grey glow in the dark material. In the dark, the overlays show a turquoise G-SNK snake pattern. The iconic three stripes on the side of the model are made of a reflective material and are coloured cyan and pink. The sidepannel is dressed in black suede.

The heel of the shoe is made of a transparent cyan material. The G-SNK pattern can also be seen on this. Furthermore, the midsole of the sneakers is turquoise blue with a grey coloured panel as detail.

The adidas x atmos ZX8000 G-SNK "TJ" will be available at atmos Japan from May 14. For now, the sneaker will only be released in Japan. Keep an eye on our release calendar and Instagram for a possible release in Europe. 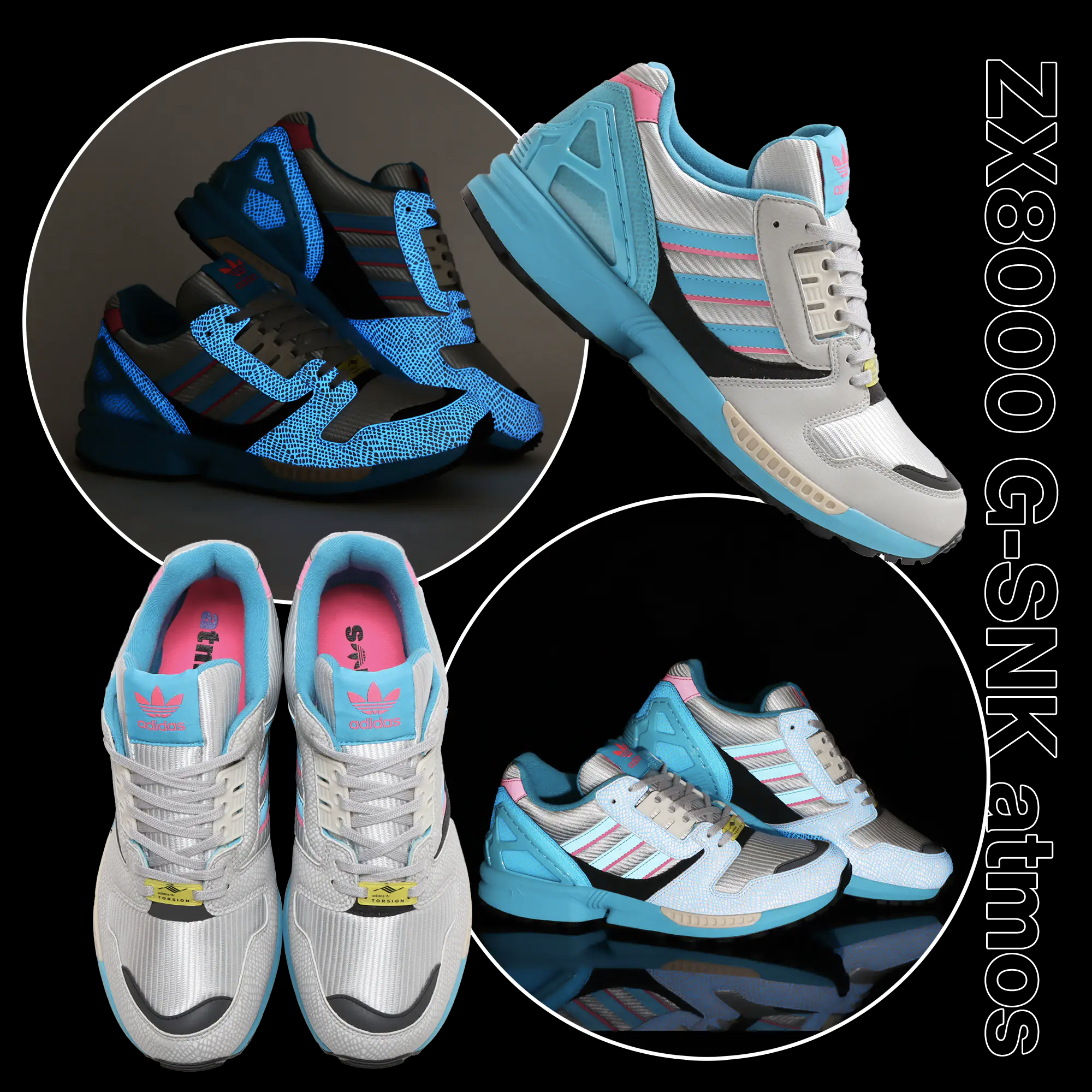 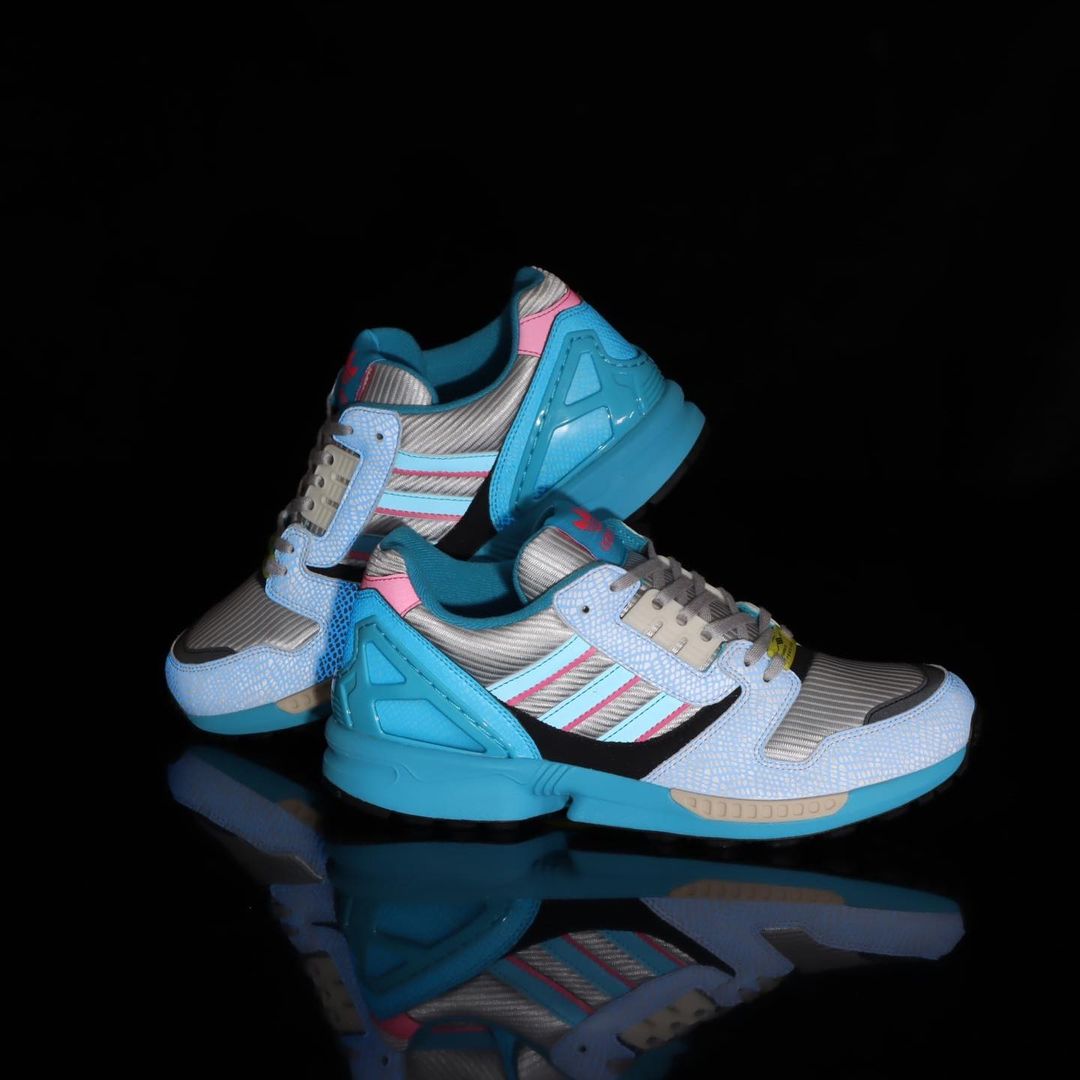 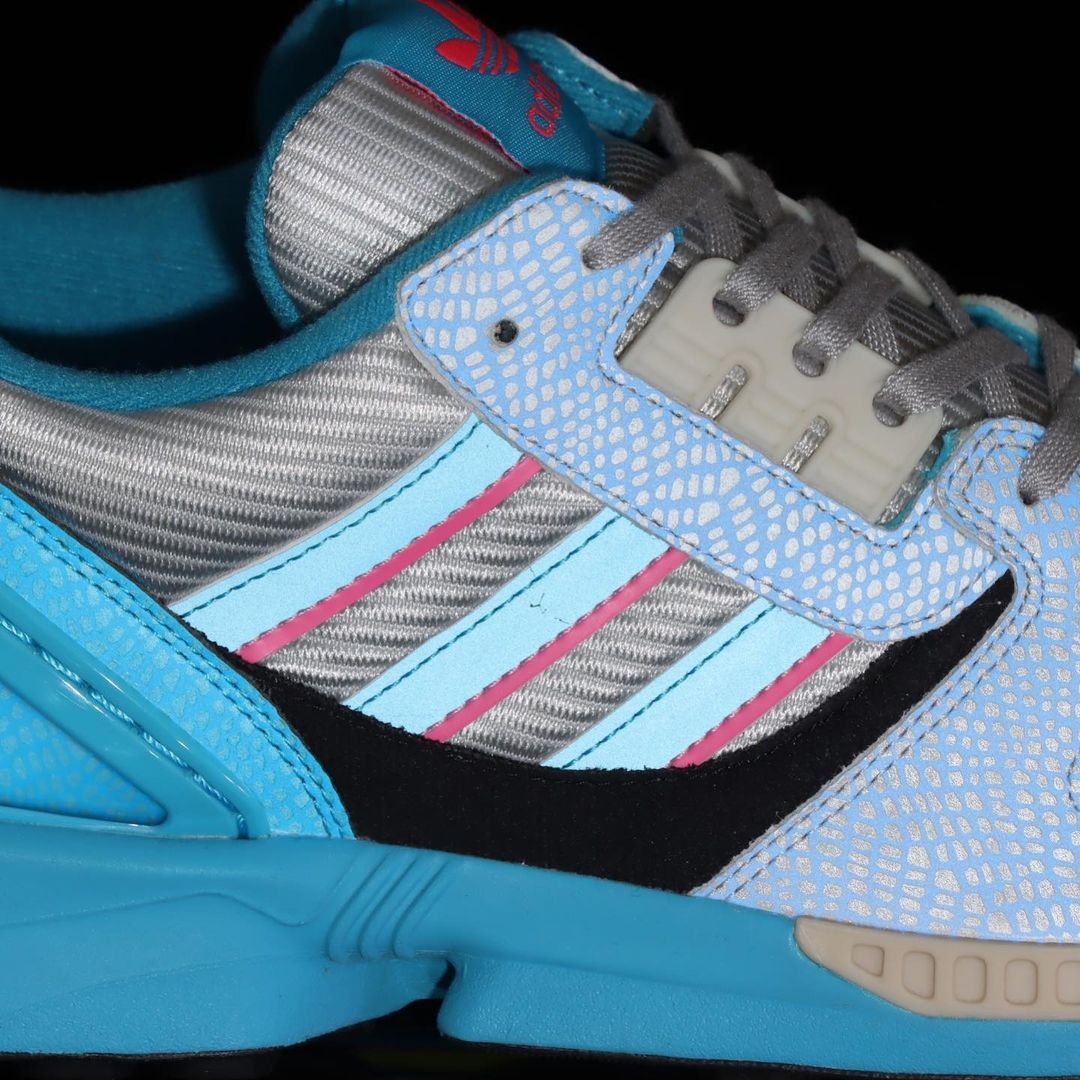 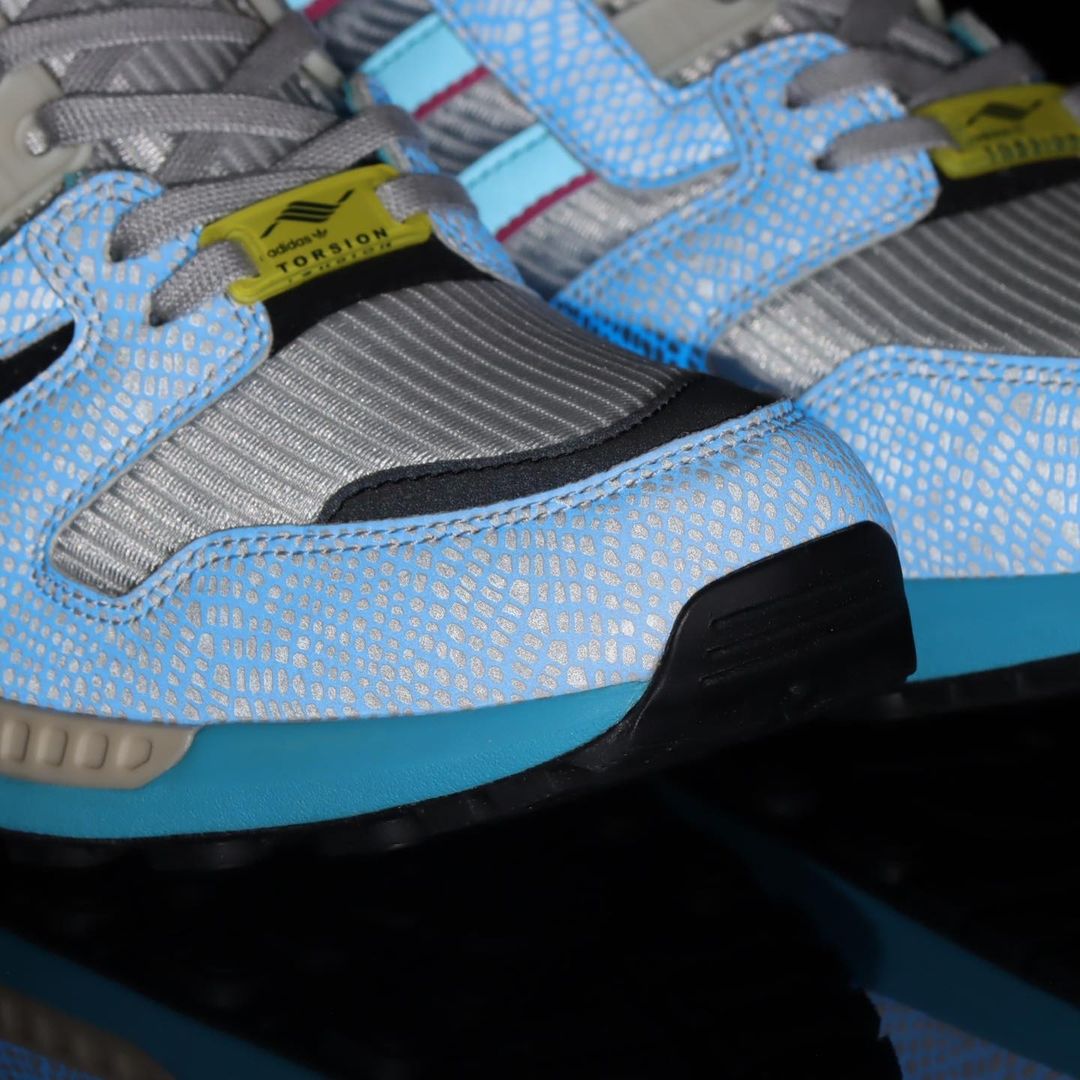 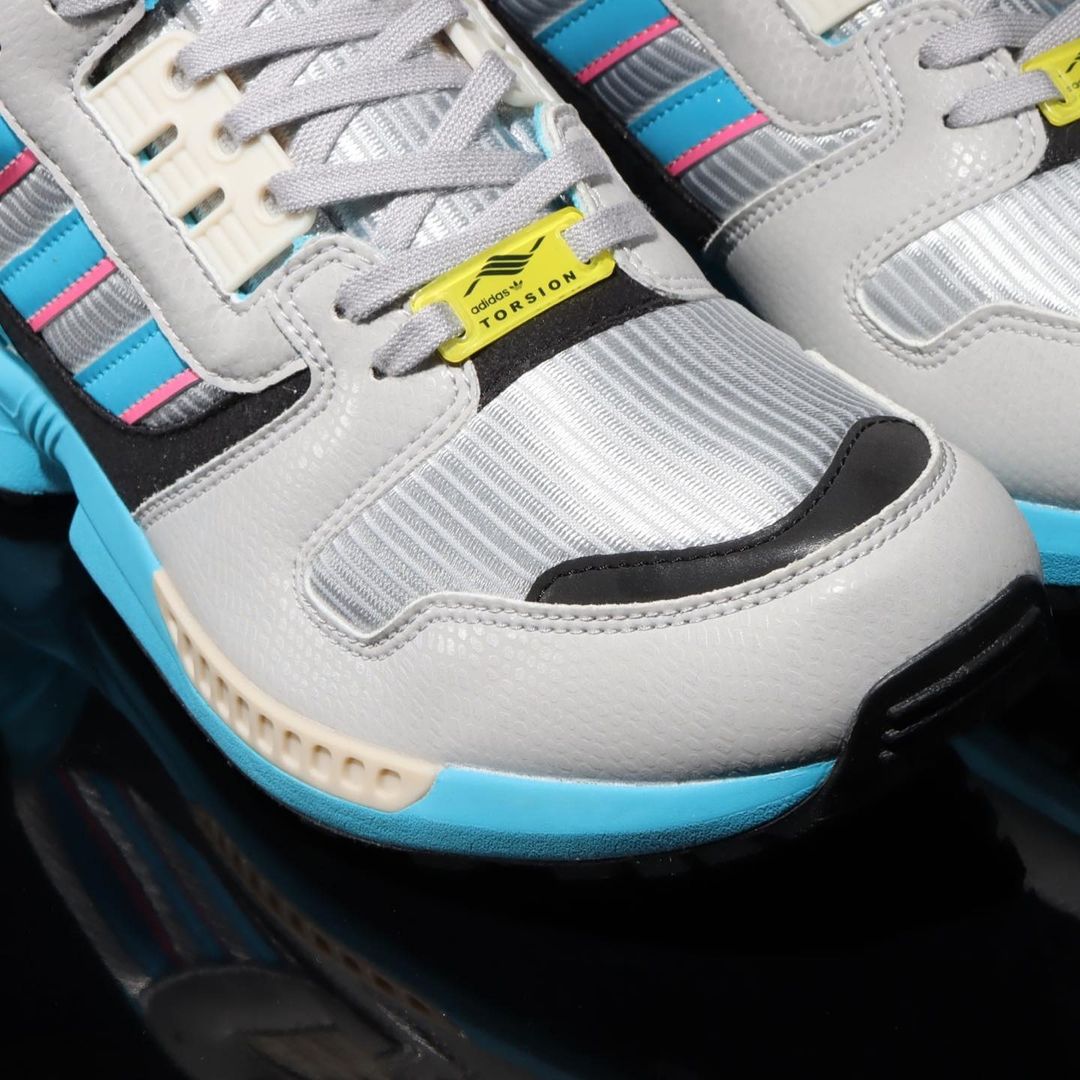 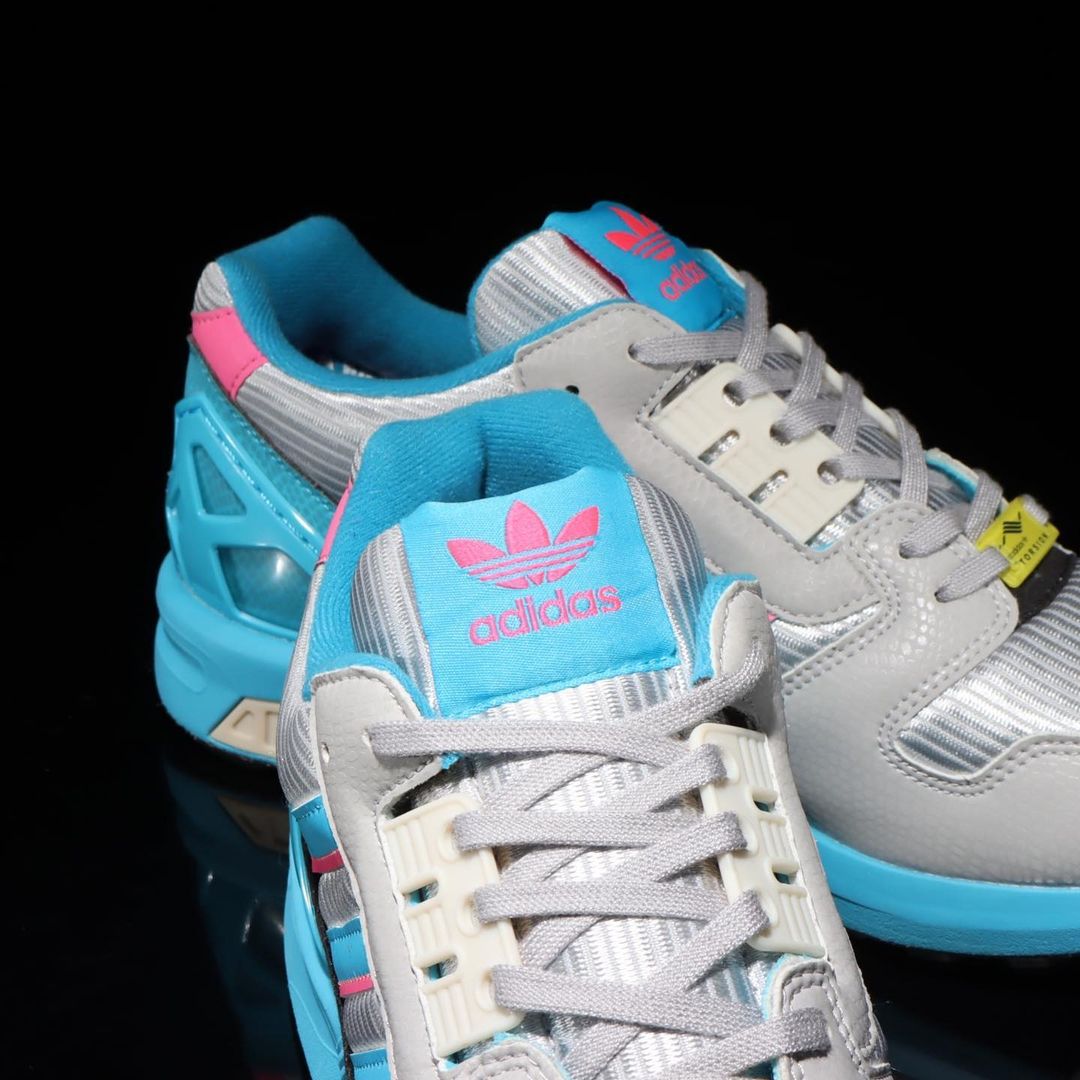 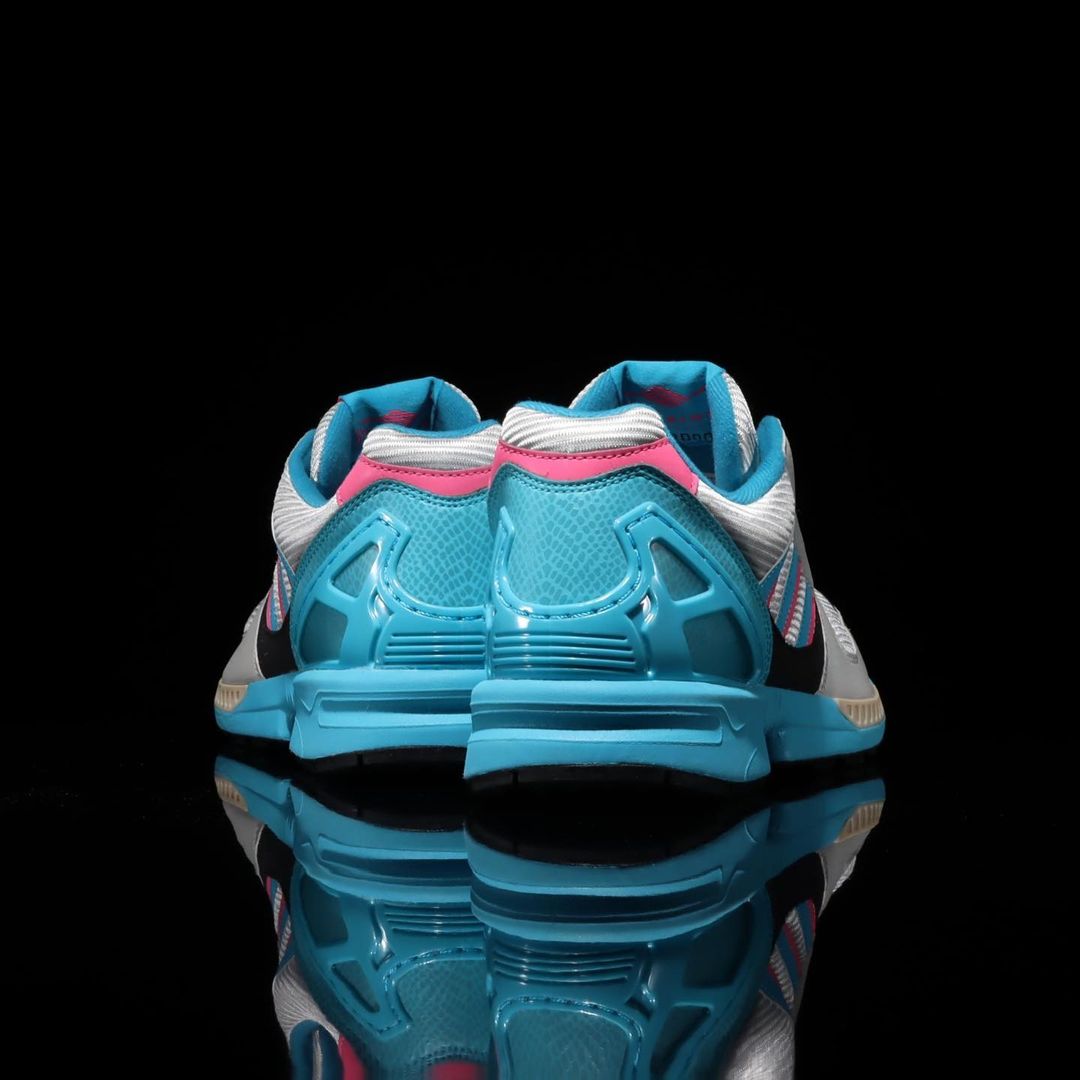