A sample of the adidas Yeezy Boost 700 High 'Wave Runner' 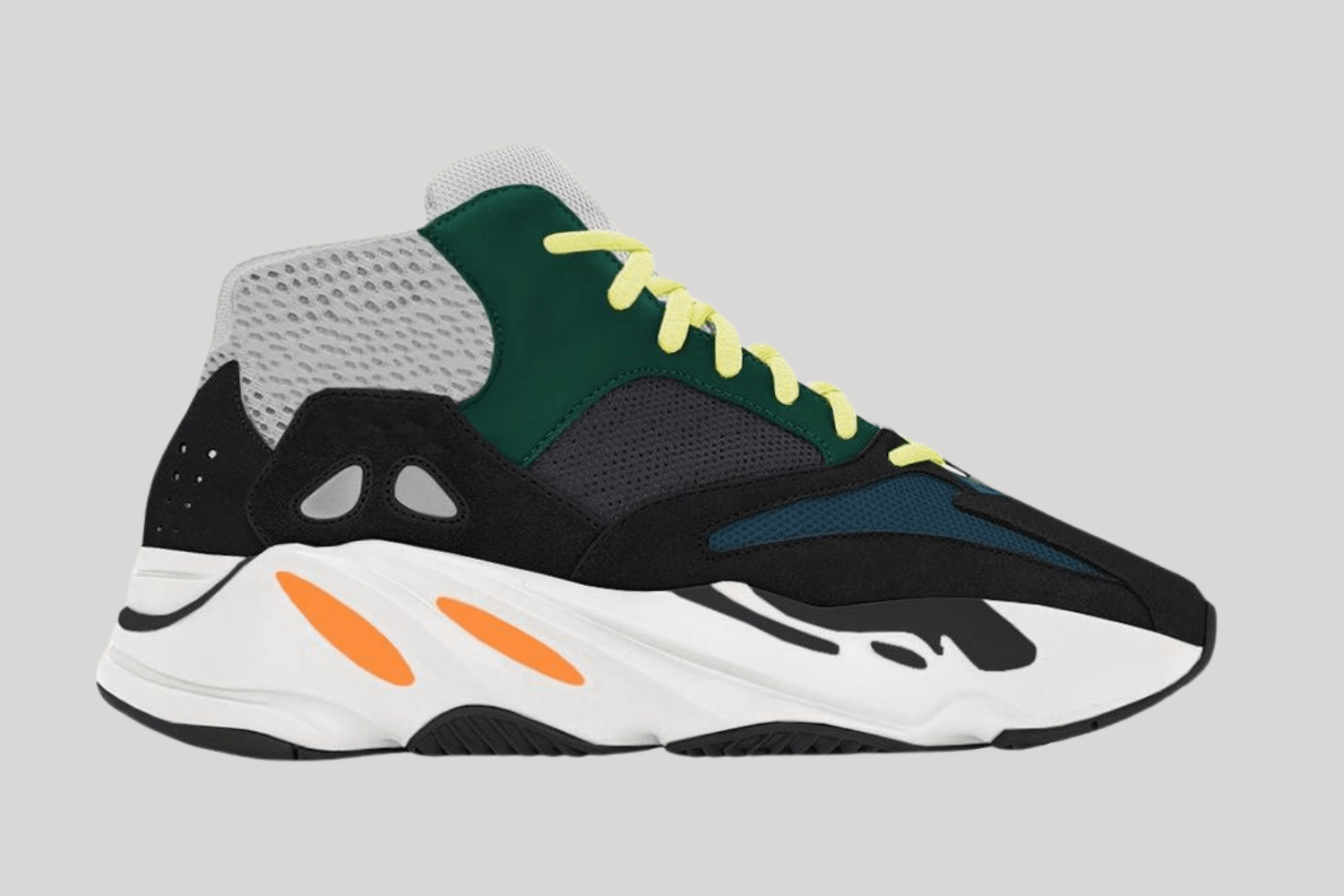 The adidas Yeezy Boost 700 'Wave Runner' is one of the most recognizable and popular Yeezy sneakers. The kicks have a grey upper with black and dark blue overlays. On the midsole, orange accents complete the pair. The silhouette was first released in 2017 and has also had a restock this year, 2022. Recently, the first images of a possible adidas Yeezy Boost 700 High have surfaced.

adidas Yeezy has released higher models before, including the Desert Boot. Still, the elevated 700 came as a surprise. Ye's brand has never modified an existing model so much.

Most of the iconic colorway is left intact on the higher silhouette. Mesh, leather and suede are used, and the grey, black and dark blue colours return. Yet there are some differences. The toe is black, the toebox is blue and there is a green overlay around the laces. The laces are in the same yellow colour as its predecessor.

When the adidas Yeezy Boost 700 High 'Wave Runner' will actually be released is not yet known. Keep an eye on our Instagram page for the latest updates on this sneaker. 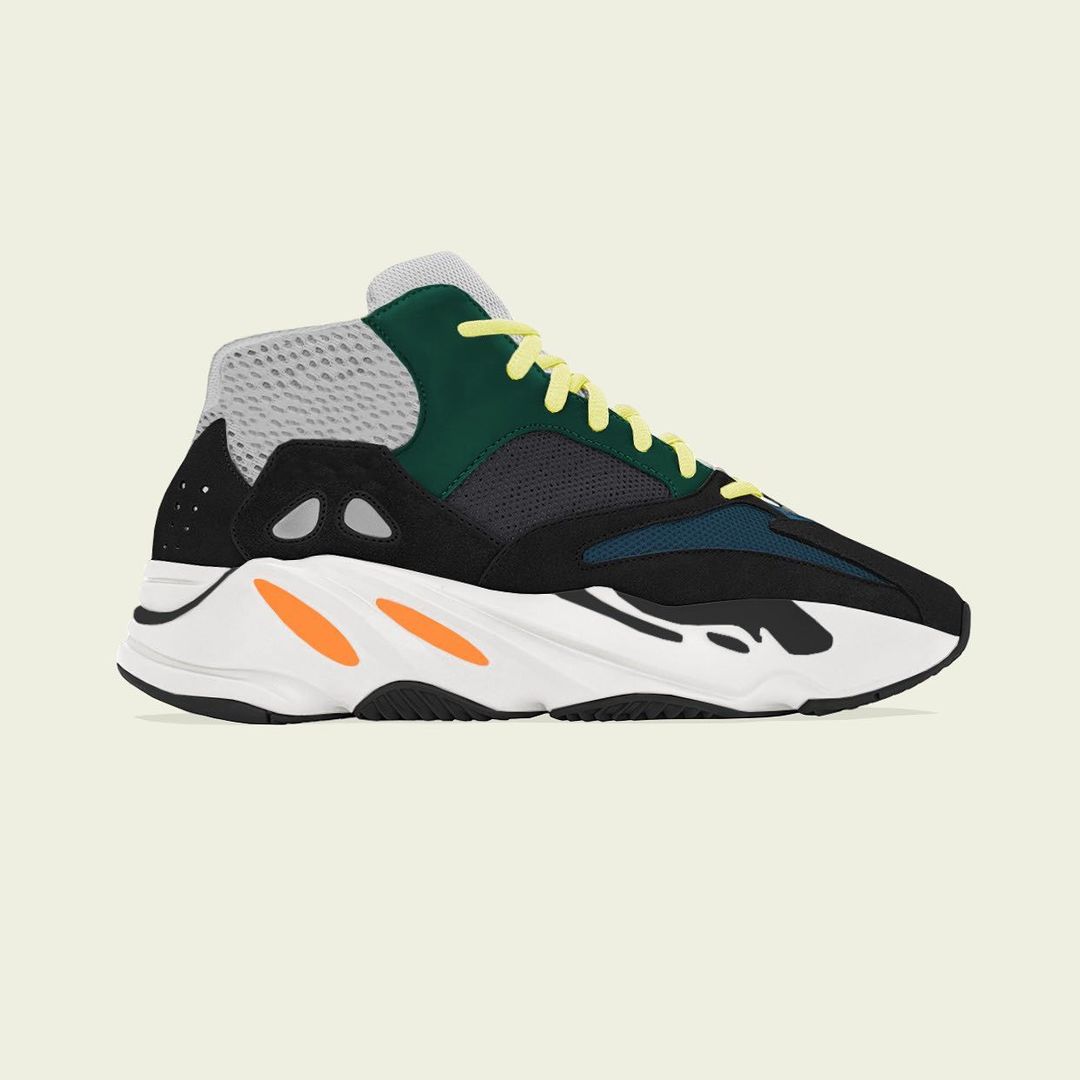 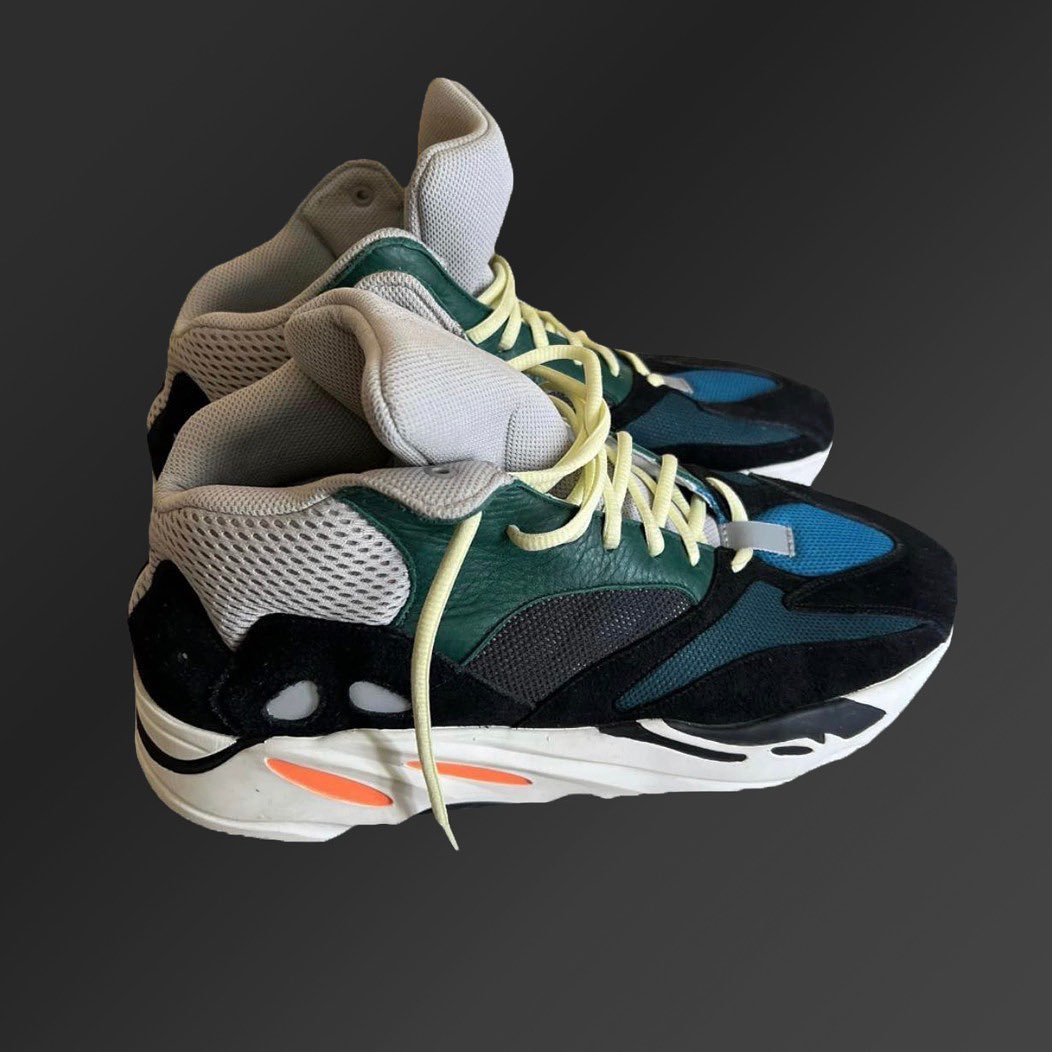