A detailed check of the Autry sneaker label 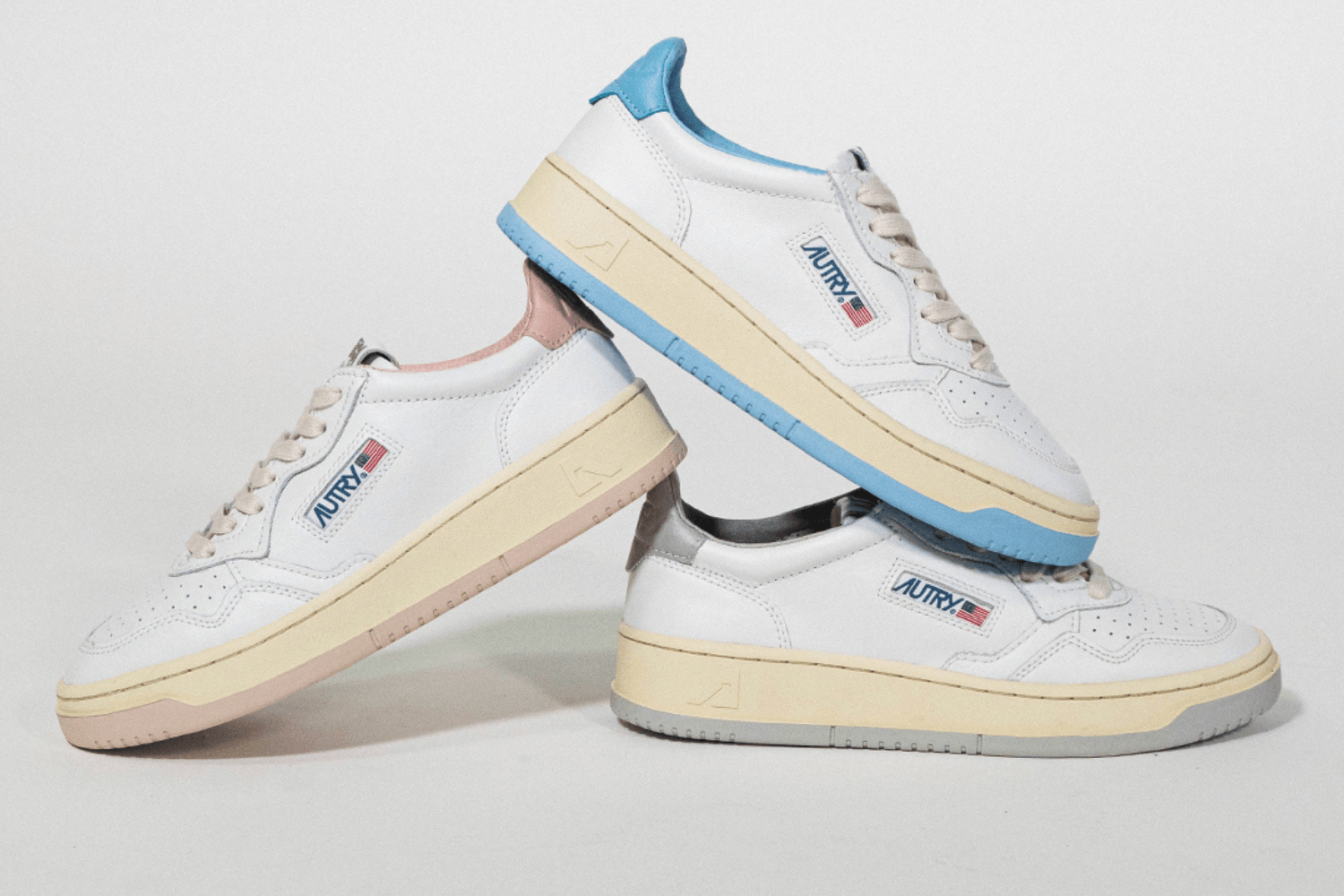 Dear community, have you heard of the sneaker label Autry? Yes? Then stay tuned, because we have a lot of exciting information for you. No? Then it's about time, because the brand, which was on the rise in the 80s, has been achieving top sales again for some time and is thus announcing its comeback as an absolute lifestyle brand!

Let's look back at Autry's history

Let's start with the facts. The Autry sneaker label was founded in 1982 by Jim Autry in Dallas (Texas) and quickly became one of the hottest sportswear brands on the North American market. The label's focus was mainly on tennis, running and aerobic shoes. Autry's heyday stretched from the early 80s to the early 90s.

Thanks to the innovative ideas in the field of design and technology for sports shoes, the label not only won several awards, but also gained great fame. In 1985, for example, the Kicks were named the best sneaker by "Tennis Magazine".

The brand owes its fame, among other things, to the tennis shoe called "Medalist".

The all-white sneaker is cut quite wide and embedded in a high, yellowed rubber sole. The latter used to be standard and now stands for hip vintage vibes.

Paired with a small US flag and the Autry logo, the new edition exudes an absolute retro feeling and has hardly changed since its debut. This sneaker is a homage to the lively 80s through and through.

But let's continue with our story: The "good run" for Autry lasted for a long time. However, when the founder Jim died in 2009 and none of his descendants were interested in carrying on his legacy, the brand disappeared from the big stage.

But the passionate scout Alberto Raengo then revived the Autry brand. Together with his two business partners Gino Zarelli and Marco Doro, the trio endeavoured to transform the defunct Autry label into a modern lifestyle brand.

And it succeeded, because in 2019 at the latest, Autry caused a sensation with the award-winning new edition of the "Medalist", this time not only in North America.

With the Dallas model, the brand also launched another trendy sneaker silhouette. In the meantime, various designs of the Kicks have conquered the market, but more on that below, and a running silhouette is to follow in 2022.

In addition, the label expanded its assortment, because since two seasons Autry also sells garments, such as: jumpers and T-shirts.

"Autry is much more than shoes", "Autry is clothing" said Doro in an interview.

As already mentioned, the "Medalist" model is one of the brand's absolute favourites! And so it really lives up to its name. Since we don't want to deprive you of this sneaker, which is now available in countless variations, we have linked a few cool models for you to shop.

We hope that we were able to give you some interesting details about the brand and that you have also found one or the other look to shop for.