50% off at Converse during Cyber Week 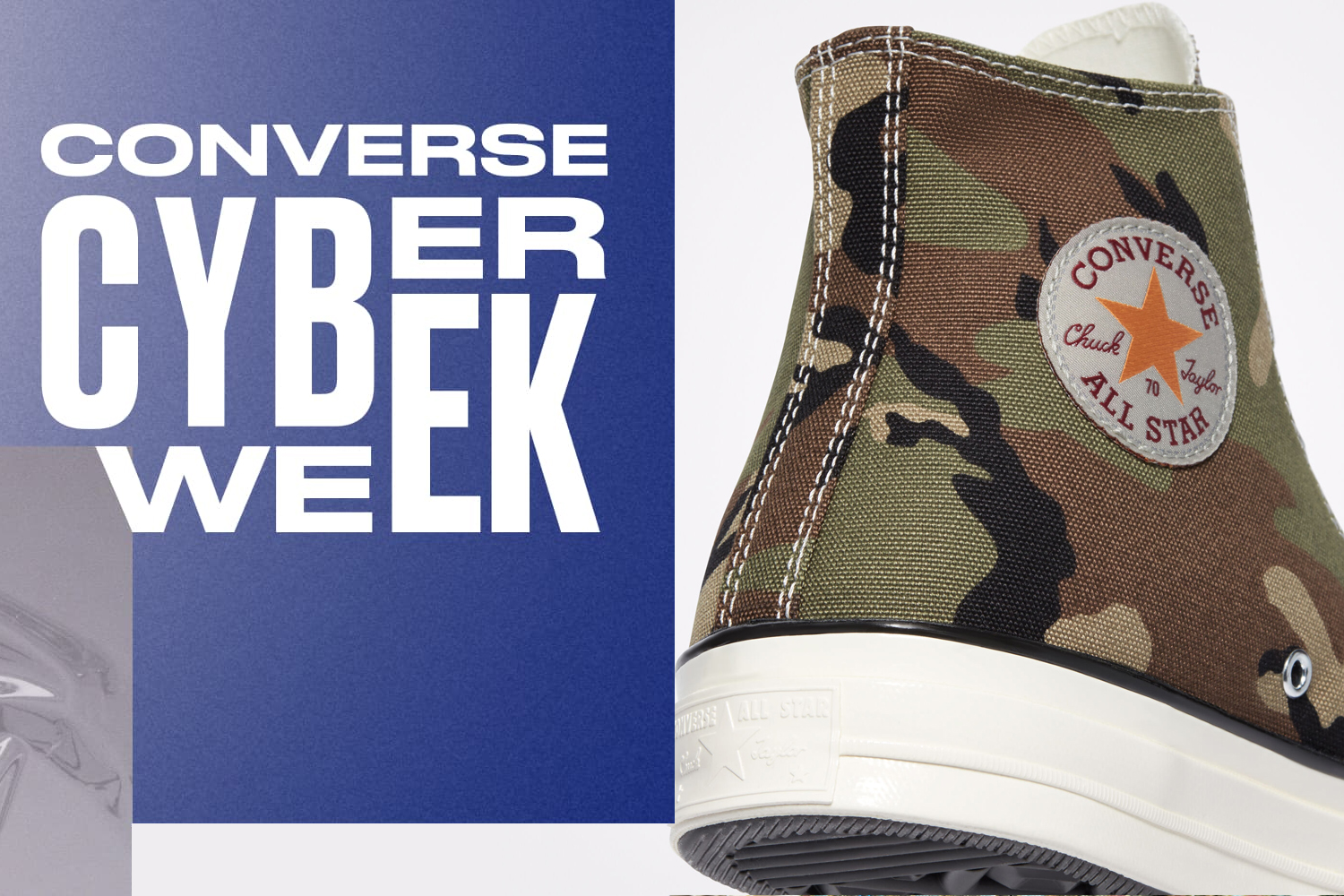 Get the Carhartt collab here

The Converse x Space Jam: A New Legacy Chuck 70's have a black upper made of canvas. On the side of the upper is 'Tune Squad' in a soft terry.

The Converse x Basquiat Chuck 70 is a work of art in itself. On the upper you find all kinds of art works by Basquiat. On the heel and next to the nose are suede accents.

The NBA Jam Chuck 70 is inspired by the video game of the same name, which was introduced as an arcade game in the 1990s. The logo of the game is very large on the outer side of the upper. The tongue has a grey print that represents the noise of a television.

Like the pair above, the NBA Jam Pro Leather is inspired by the video game. The upper is made entirely of leather. On the outside of the upper are graphics from the game itself.

The All Star BB Jet has also received an NBA Jam makeover. The upper is made of mesh and is mainly white and black. The two shoes are surrounded by blue, green, red and yellow accents.

The Renew Chuck 70 is made of recycled materials. The upper is made of 100% recycled morphlon. The three laces around the upper give this model a creative look.

The Earthy Tones Run Star Hike features beige tones on the upper. The upper of this pair is made of leather. The midsole and outsole have been given a white colour.

The Fall Florals Chuck 70 has an upper made of canvas. On the dark blue upper are illustrations of flowers in Autumn colours. The All Star logo on the inside of the ankle is made of leather and in white.

The Converse x INVINCIBLE x Wacko Maria Chuck 70 is a low model. On the upper is a camouflage print with a panther print on top. Because of the colours that are used on the upper, this pair fits well with the Autumn.