13 reasons why - sneakers at Netflix 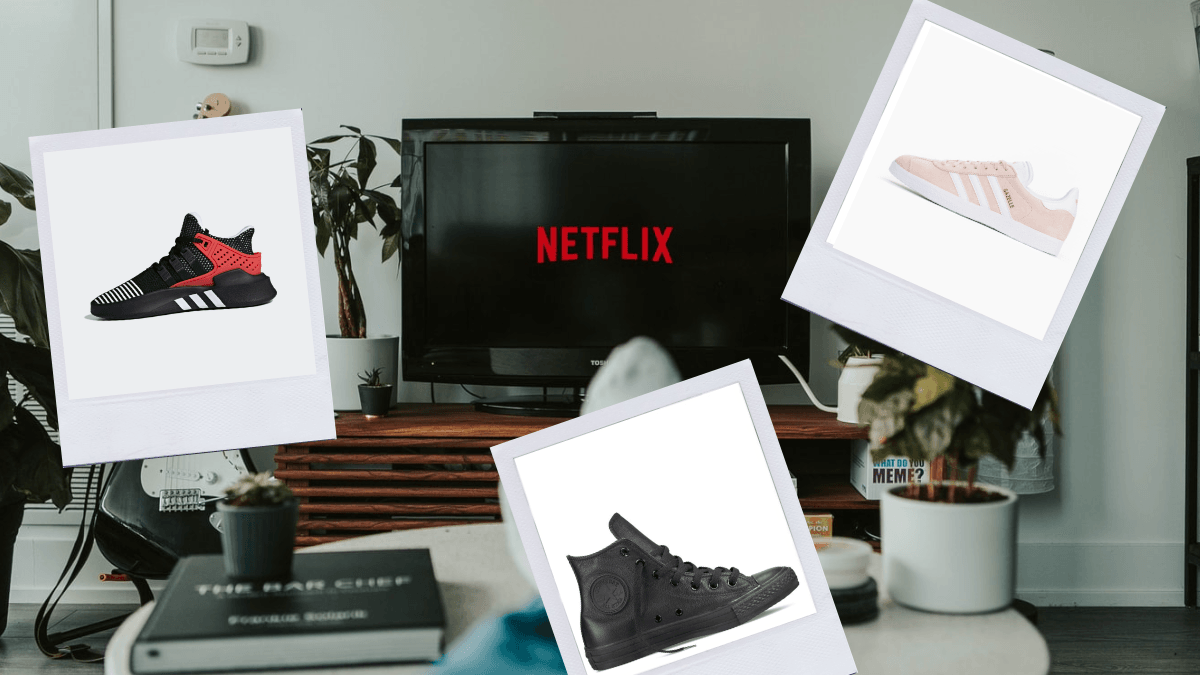 When the first season of '13 reasons why' was released on Netflix in 2017. Feedback was both: Positive and negative. But the core of the series was understood. Here's the plot: Two weeks after Hannah Backer, an American student at Liberty High, committed suicide, Clay Jensen gets a package with seven tapes. On 13 of the pages the voice of Hannah Backer tells why she committed suicide and why the American high school did not take action. , Because the series showed, next to the nice plot, also a lot of cool sneakers - we prepared you this nice content candy. So after our 13 reasons why netflix sneakers you binge watch our sneaker news!

We would like to introduce you to the sneakers of the cast. We have chosen three cool kicks from the characters Clay Jensen, Zach King and Jessica Davis.

Clay Jensen plays a crucial role in this drama. He is a rather inconspicuous character who develops an ever greater personality over the seasons. He wears rather unobtrusive sneakers like the Converse Chuck Taylor All Star low in black or the Converse Chuck Taylor All Star Mono Leather. It has the silhouette of a normal All Star High Top but the upper is made of black leather. Also the sole and the logo on the side are completely black which gives the sneaker a really cool look.

Jessica Davis is a nice girl from next door and was initially very good friends with the main character Hannah Backer. They both went to high school as juniors. In the second season she starts running and doing sports a lot, wearing the adidas Gazelle Originals Casual. These nice pieces have a cool 'Vapour Pink' tone that is easy to combine. The upper is made of suede and is therefore very soft and fits the foot perfectly. We could give you 13 reasons to buy them, but trying is studying. So we hope that the pictures give you a very good impression.

Za always wore the coolest sneakers in the show. As a basketball player and good guy in the group he also stands next to his sneakers perfectly. From the Nike Hyperdunk 2016 to the Nike Zoom Clear Out PE to the adidas EQT Bask ADV. They have a black upper made of an airy mesh fabric that is perfect for the sport. A red rubber at the heel gives the ankle even more stability. As a little highlight the three adidas stripes are printed in white on the side. A super sporty shoe for a sporty type. Unfortunately we don't have this colorway anymore. But there is another one for you via the button:

We hope you liked the '13 reasons why netflix sneakers' blogpost. And that the message that whether you're in middle school or a senior in high school, bullying is not acceptable. The whole cast of '13 reasons why' like Selena Gomez, Katherine Langford or Brandon Flynn is committed to this.

Next time we tell you about cool sneakers in other series, it might be your favorite one like 'Stranger Things' or 'Game of Thrones' (even if it might be a bit difficult). It's definitely worth checking out the streaming services and get fashion inspiration.