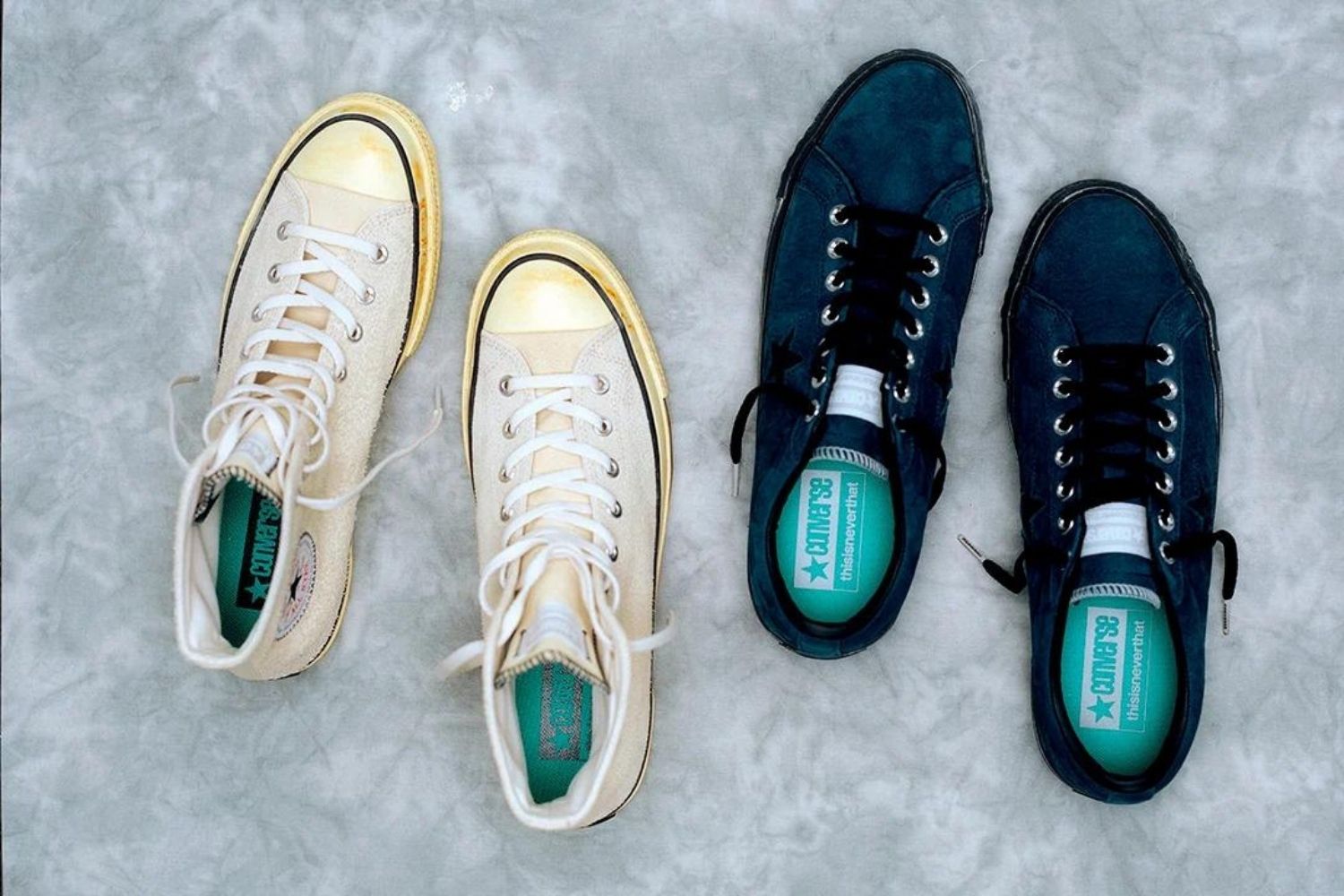 Converse releases a new Chuck 70 together with thisneverthat. The 'New Vintage' has a remarkable look and looks like the sneaker has been worn for years. The model will be released on 4 November 2021.

Converse has teamed up with thisneverthat to release a new version of the Chuck 70. thisneverthat is a South Korean streetwear brand that designs clothing items that are widely worn in the underground scene. The brand collaborates with Converse for the first time and brings a remarkable pair to the market.

The Chuck 70 'New Vintage' has a 'worn' look and yellowed soles. The Chuck is light beige and made of coarse suede. The tongue is made of canvas and over this the white laces can be seen. On the heel you can see the Converse logo with around this logo extra stitching for decoration.

The 'New Vintage' has been given a special sole. The insole has an used look and is yellow with spots on it. Besides that, both brands can be seen on the midsole and the serial numbers of the sneakers. The outsole colours petrol green and on the heel you can see the Converse emblem.

Besides the Chuck 70, the brands are also releasing a One Star model in the colour navy blue. This low model has also been given a worn look and has a black midsole. Just like the Chuck 70, the One Star also has the serial numbers and brands on the midsole.

On the side of the One Star the logo is printed in black. The Converse emblem can be seen on the midsole, which also features the brand thisneverthat printed on it. 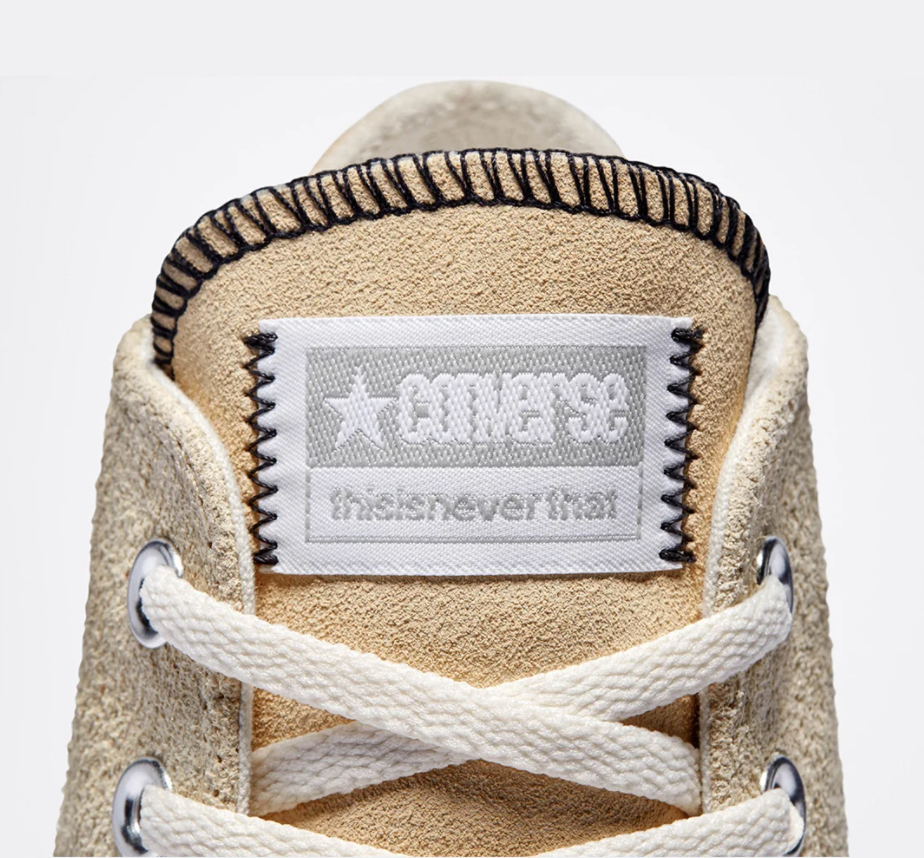 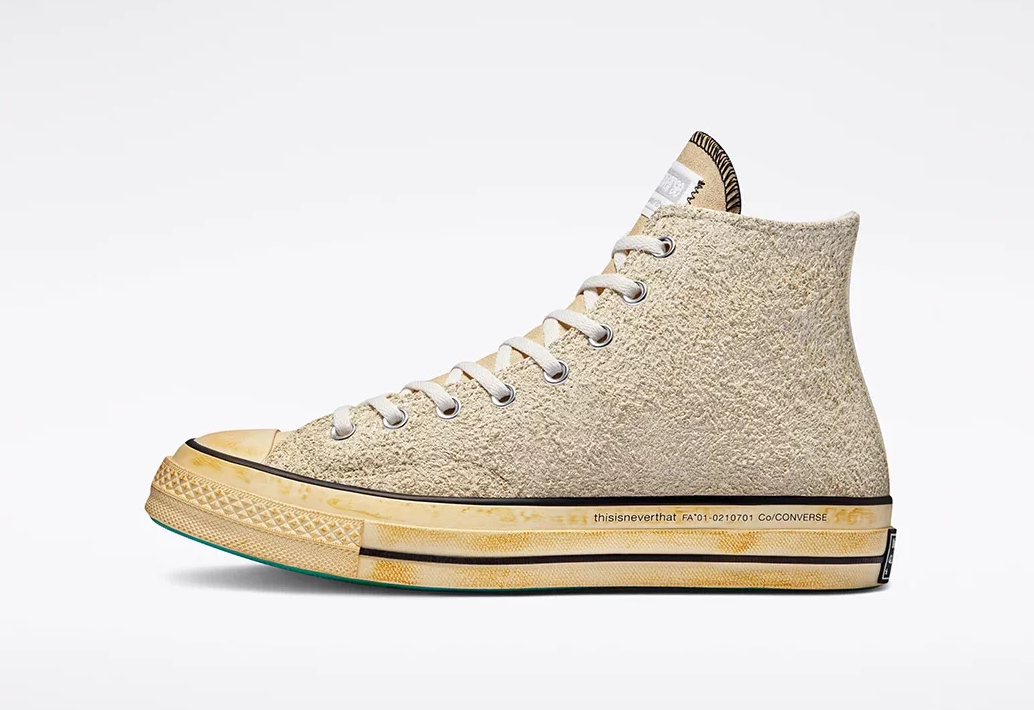 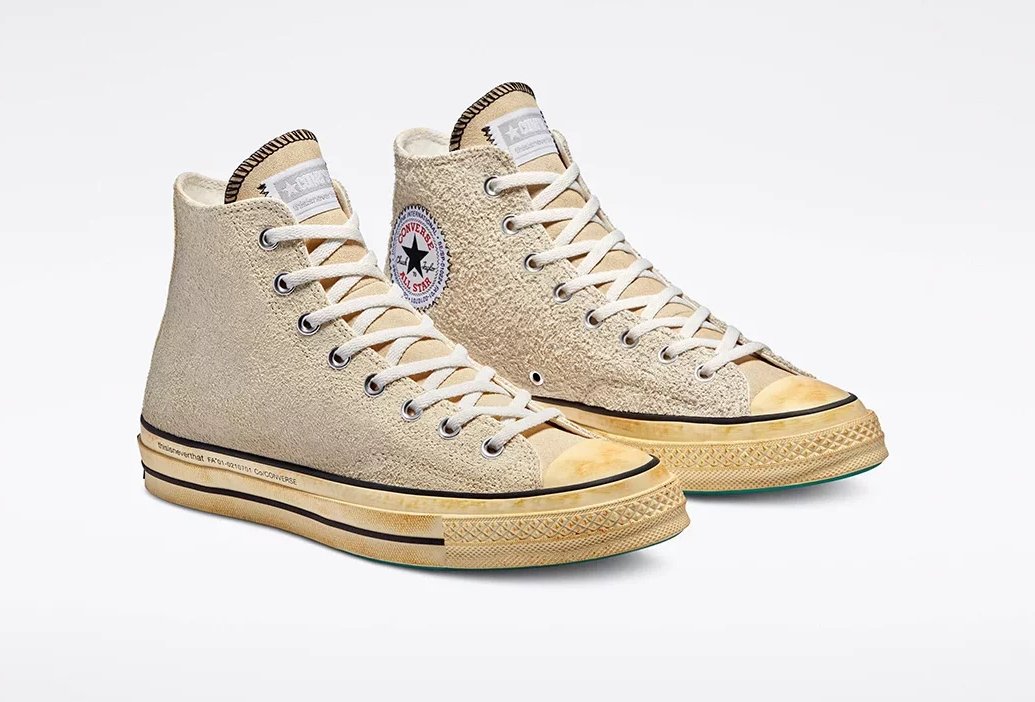 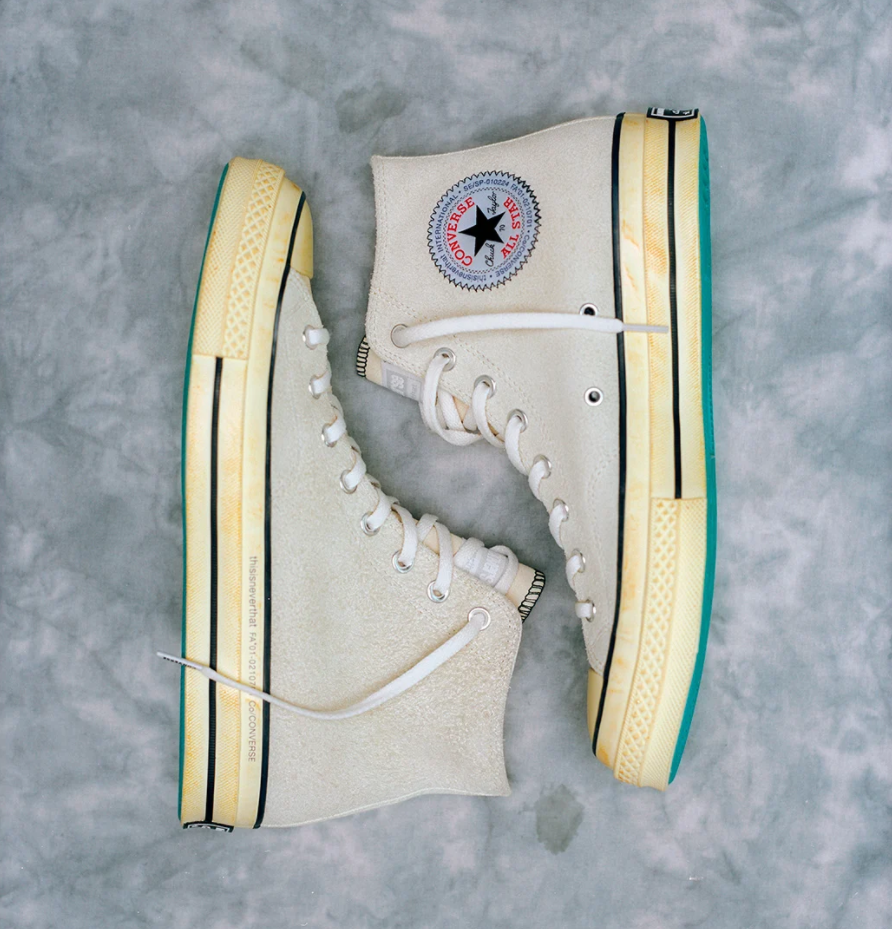 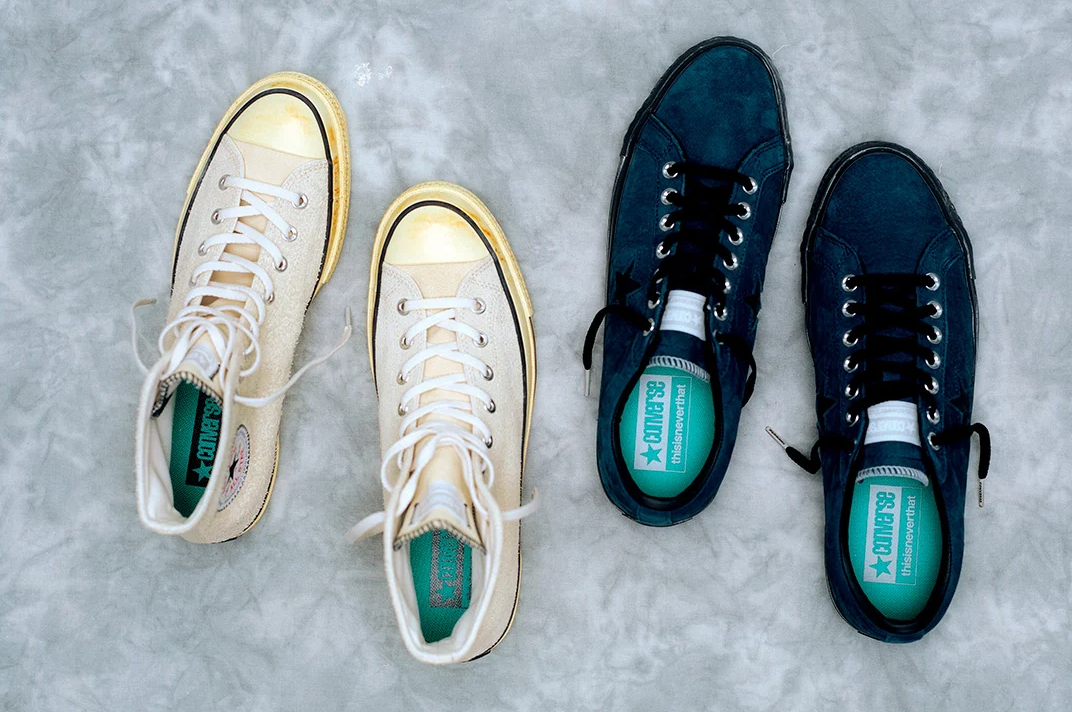 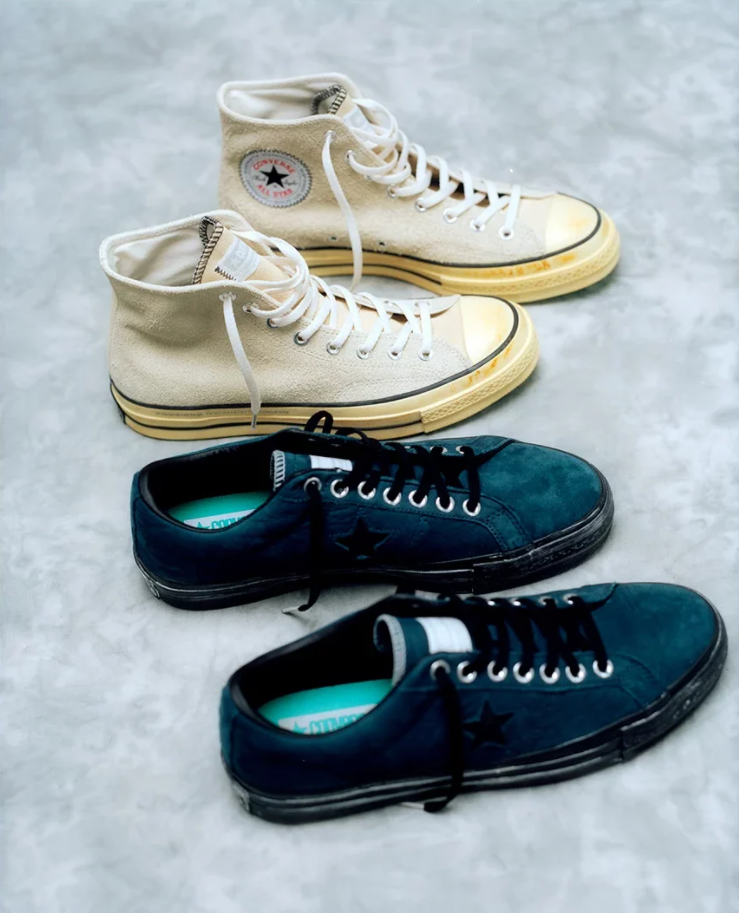 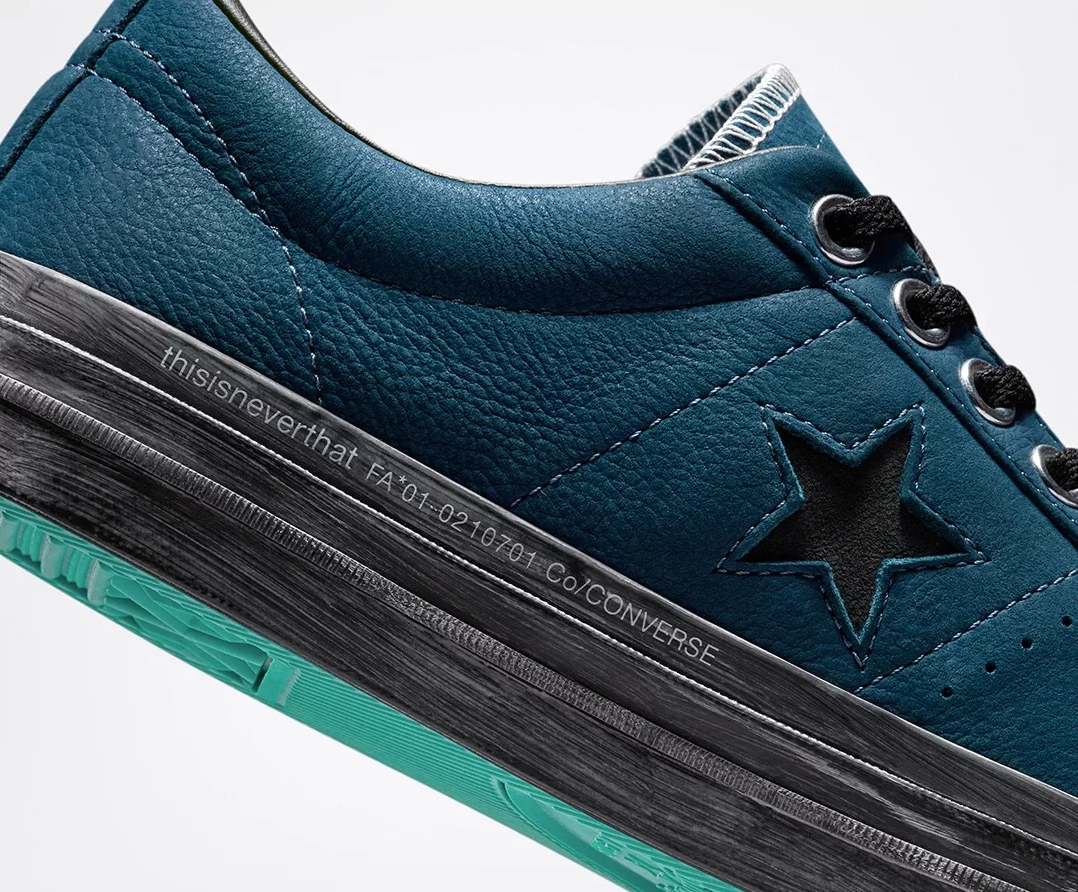 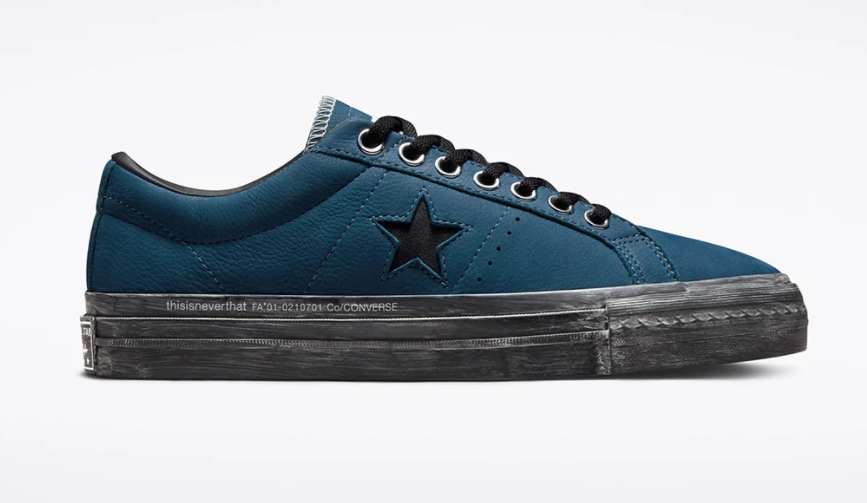 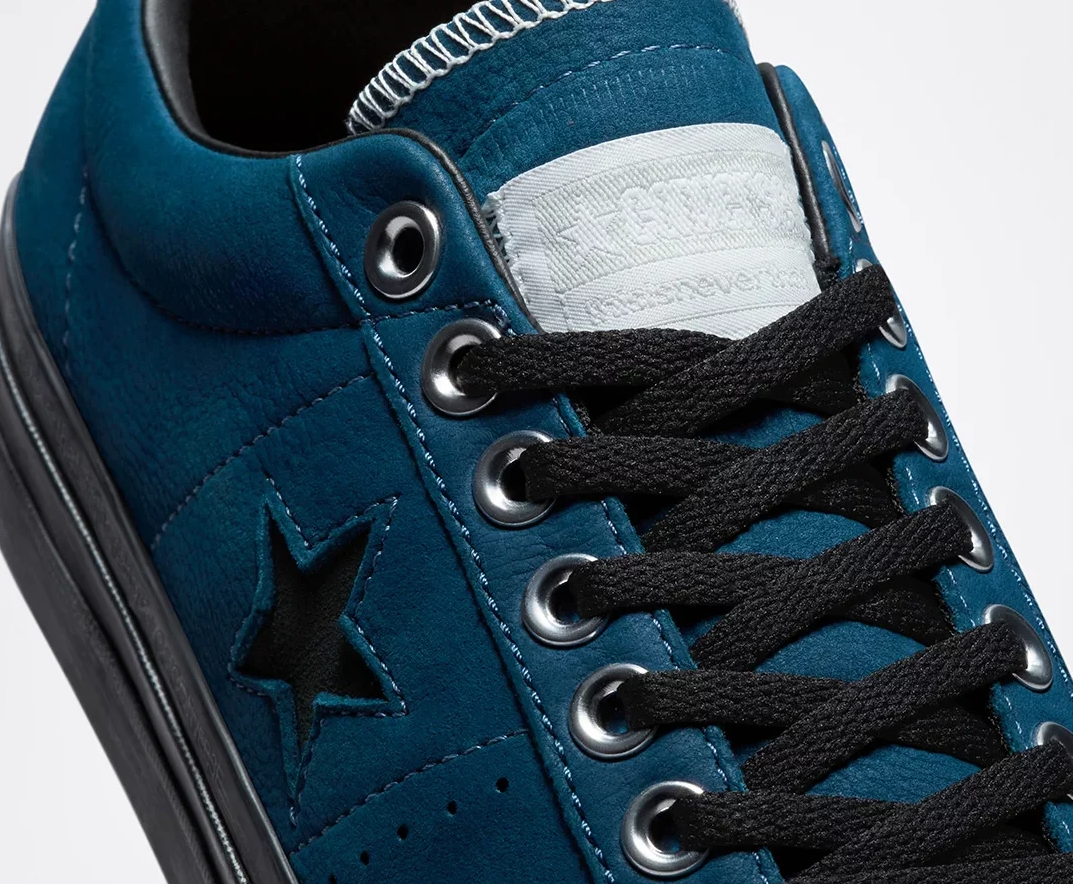 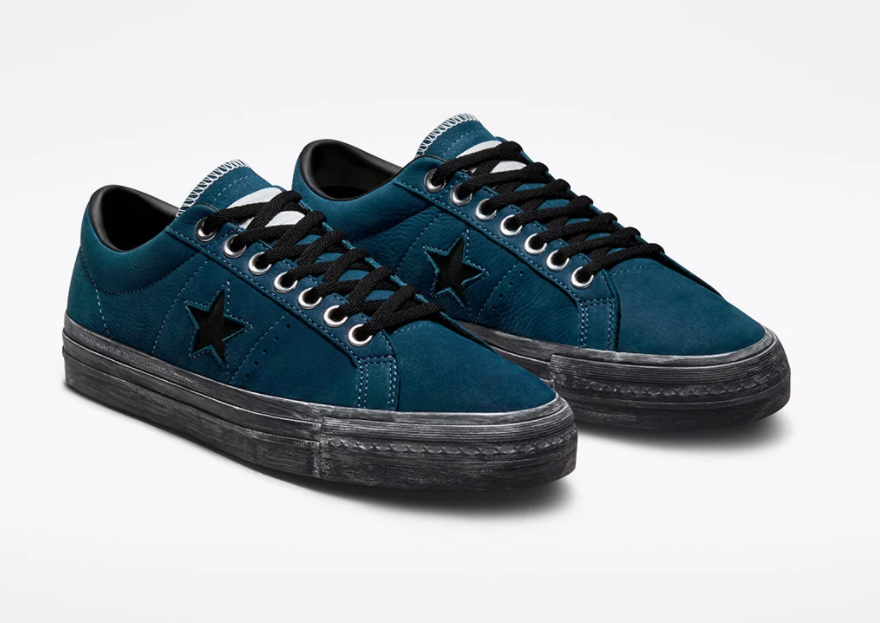 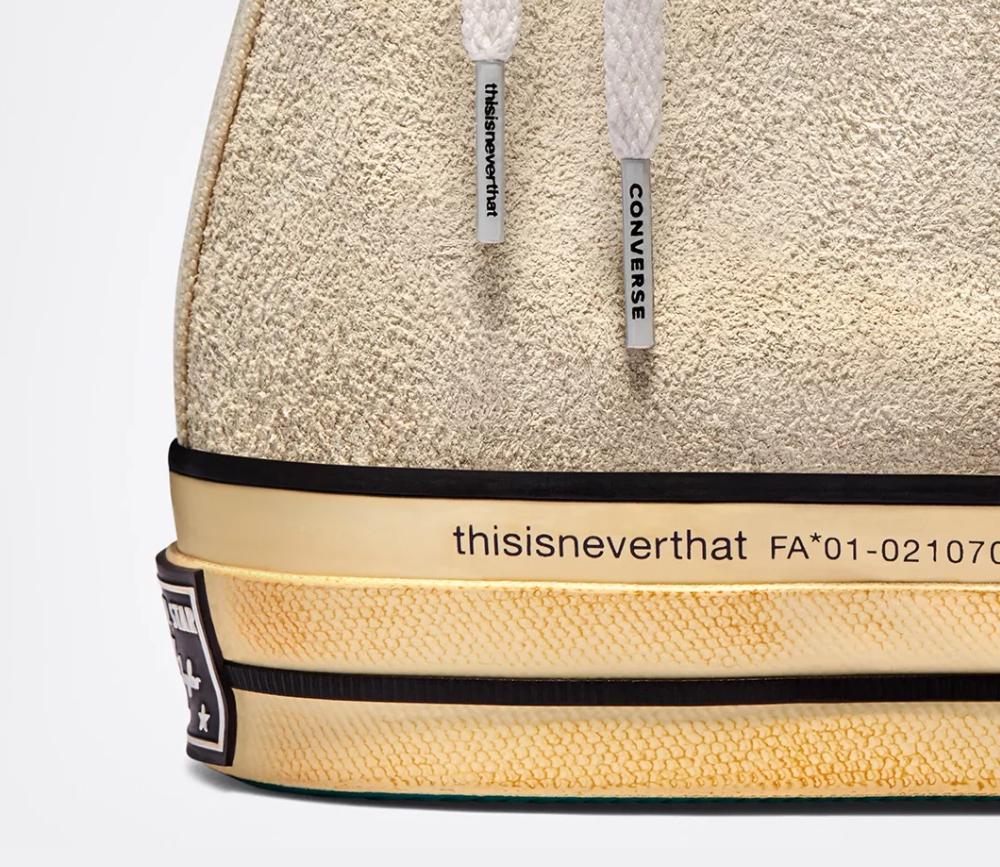 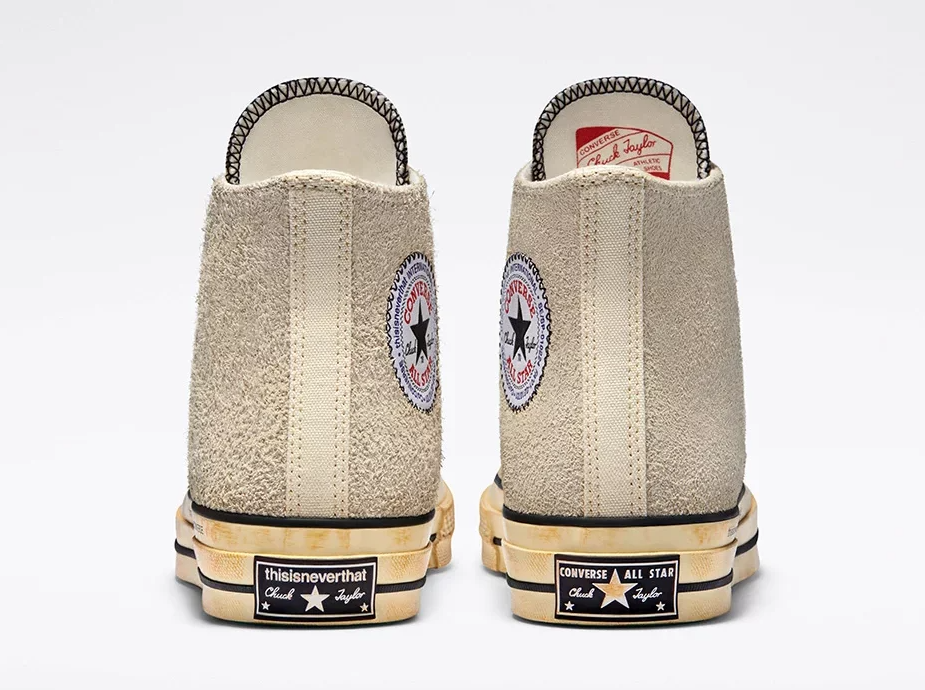