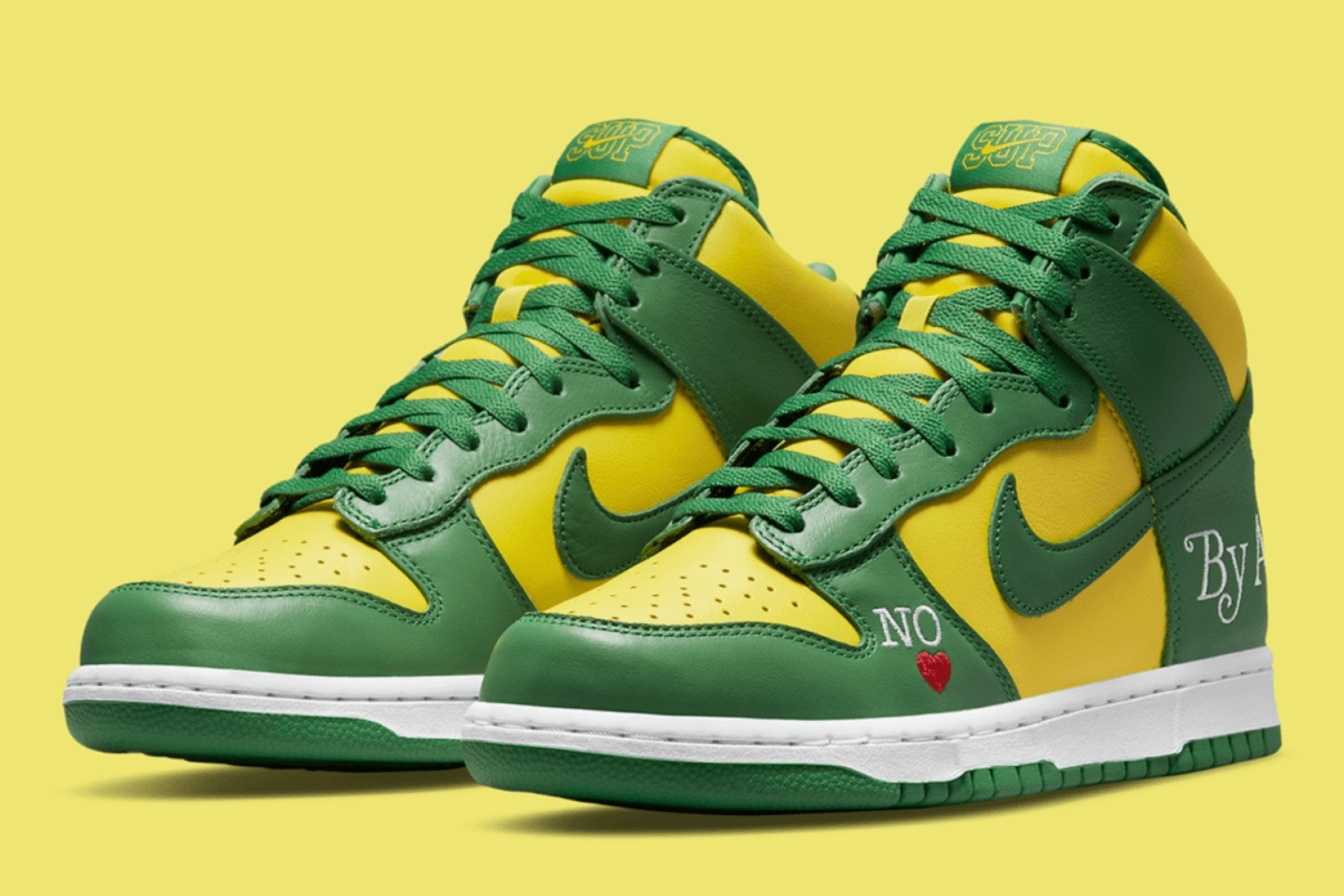 The Supreme x Nike SB Dunk High 'By Any Means' has been released in a 'Brazil' colorway. This colorway is part of a pack. Previously images have been released of a red and blue colorway and a black and white colorway.

This Dunk High features several embroideries inspired by New York, such as "No" and "By Any Means". The "No" embroidery on the front overlay is offset with a heart.

The back overlay features the "By Any Means" embroidery. This font is derived from the logo of the New York Magazine. Through this embroidery there is a red Swoosh.

The entire upper of this pair is made of leather. The base and tongue of this colorway are in yellow. The overlays that are placed on top of this are in green. The Swoosh, laces, lining and outsole are also given the green colour.

On the tongue is the last hint to New York. On the label, it reads "SUP" in large yellow letters. Through the letters is a small yellow Swoosh. On the heel it says 'Supreme Team' in black and the insole is red with the Supreme and Nike SB logo.

The Supreme x Nike SB Dunk High 'By Any Means - Brazil' has no official release date yet. 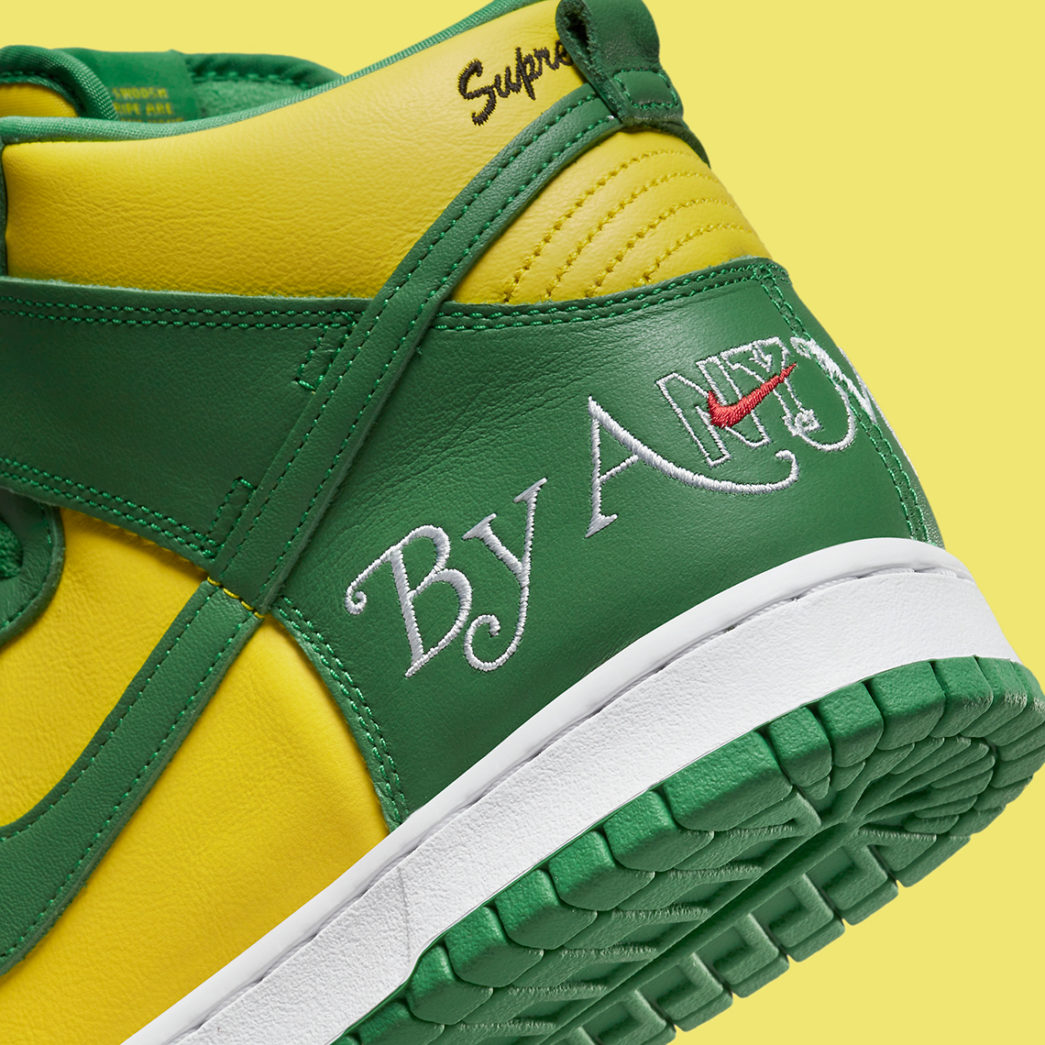 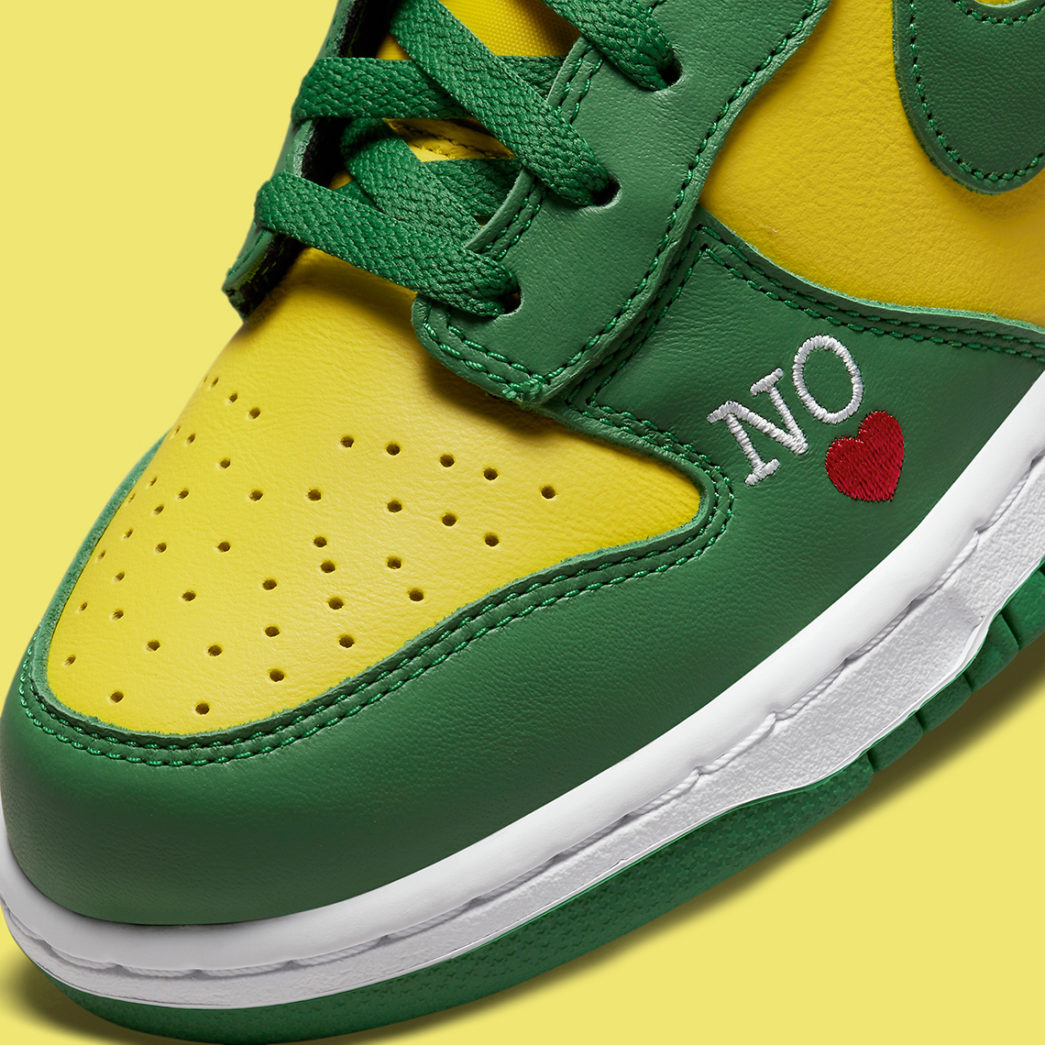 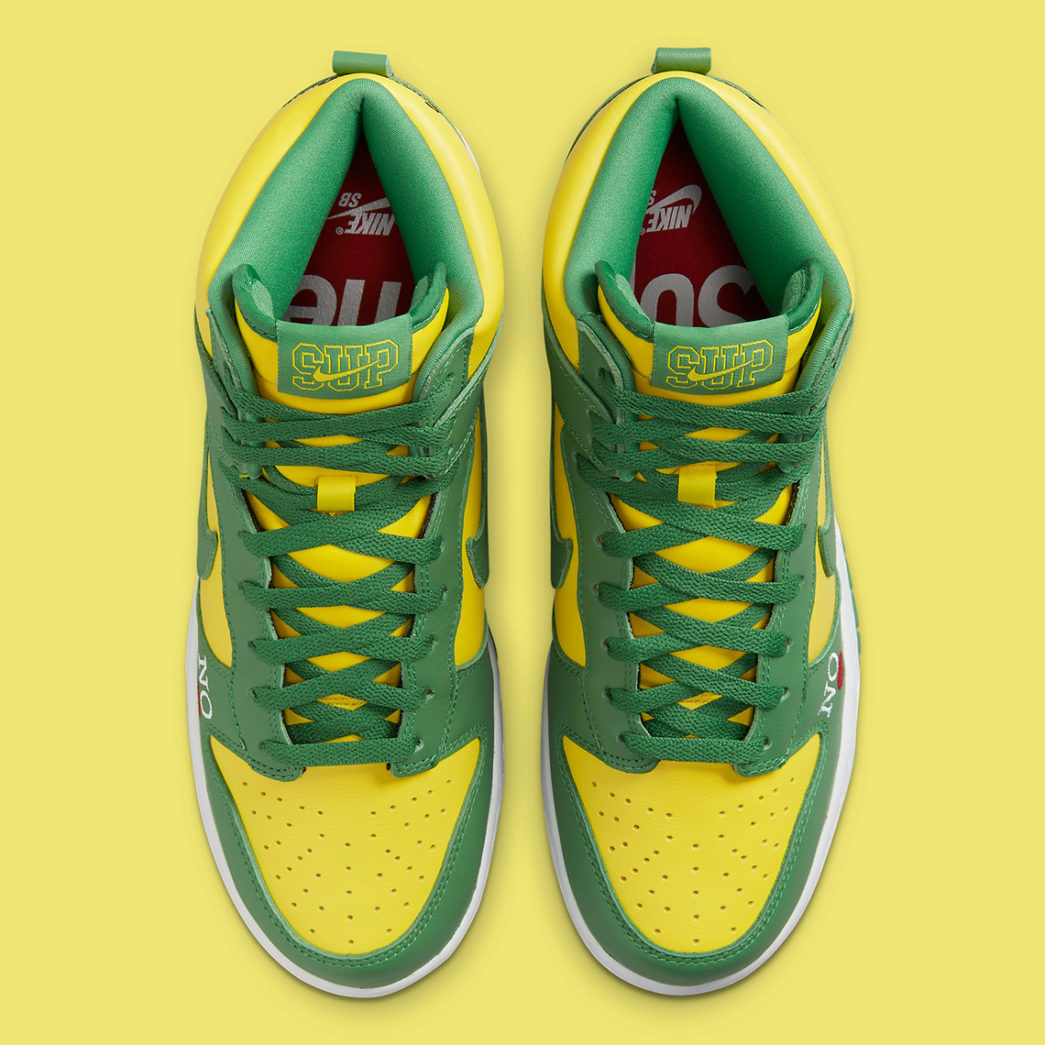 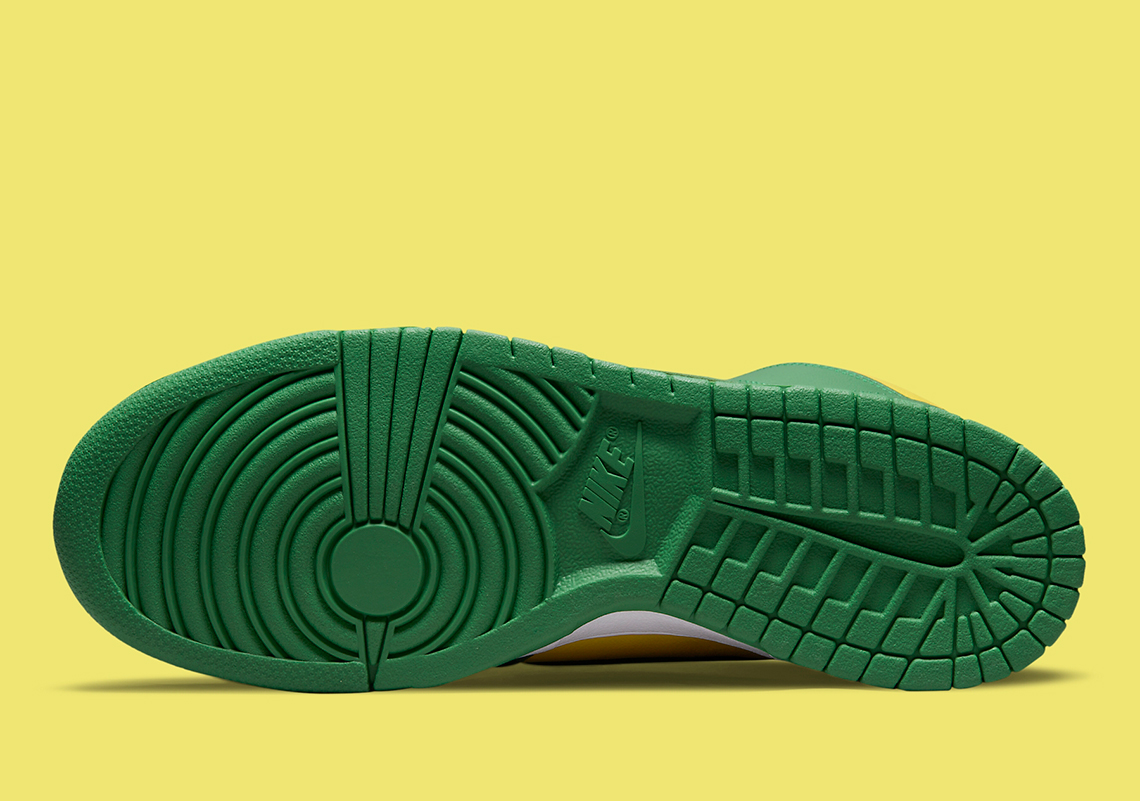 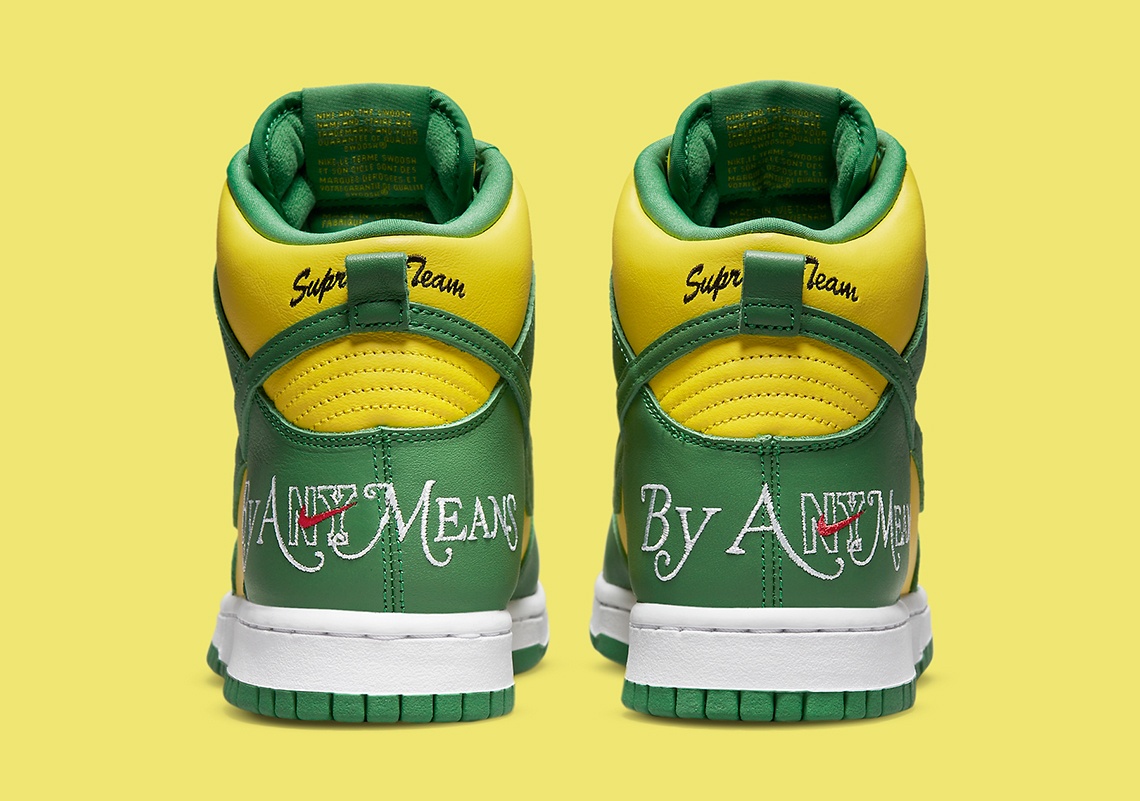 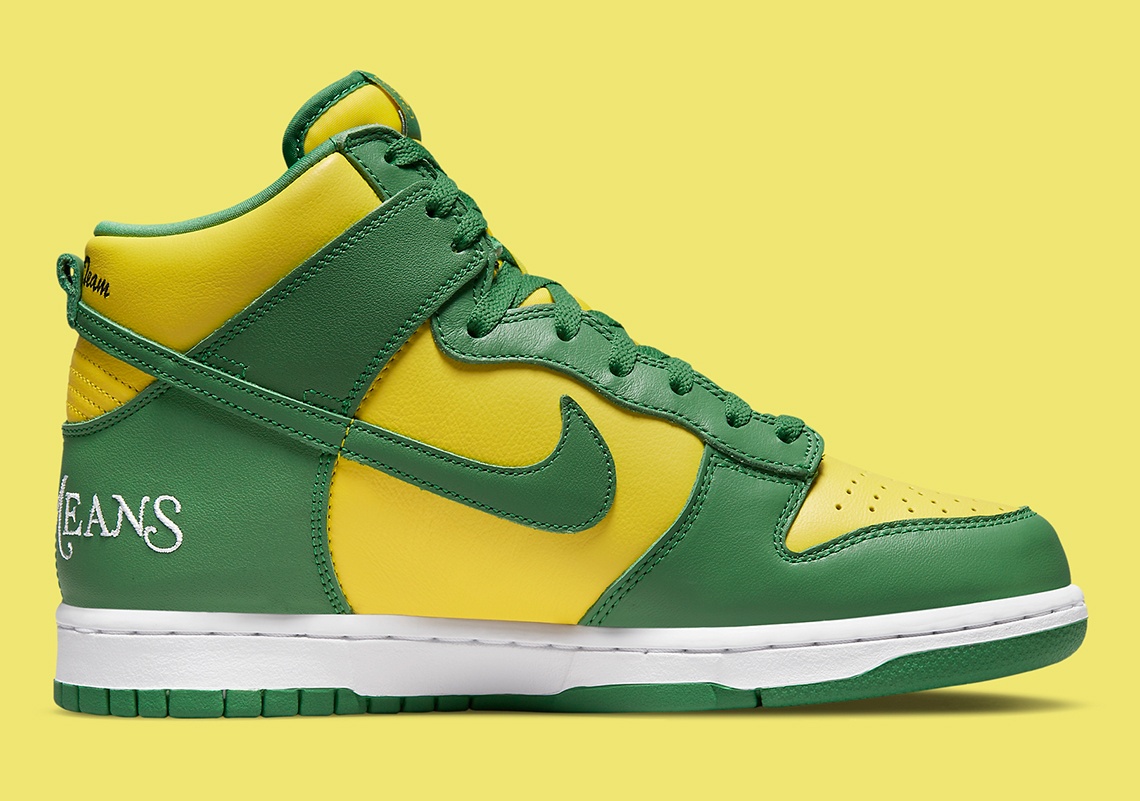 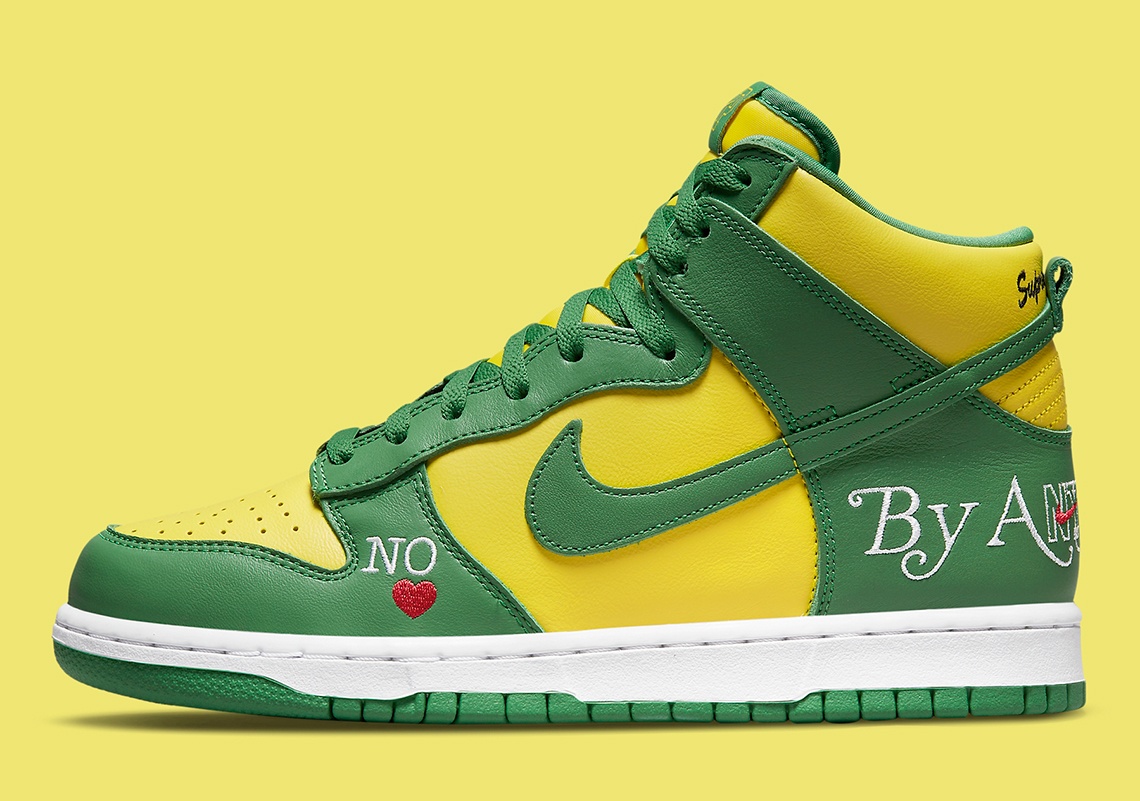 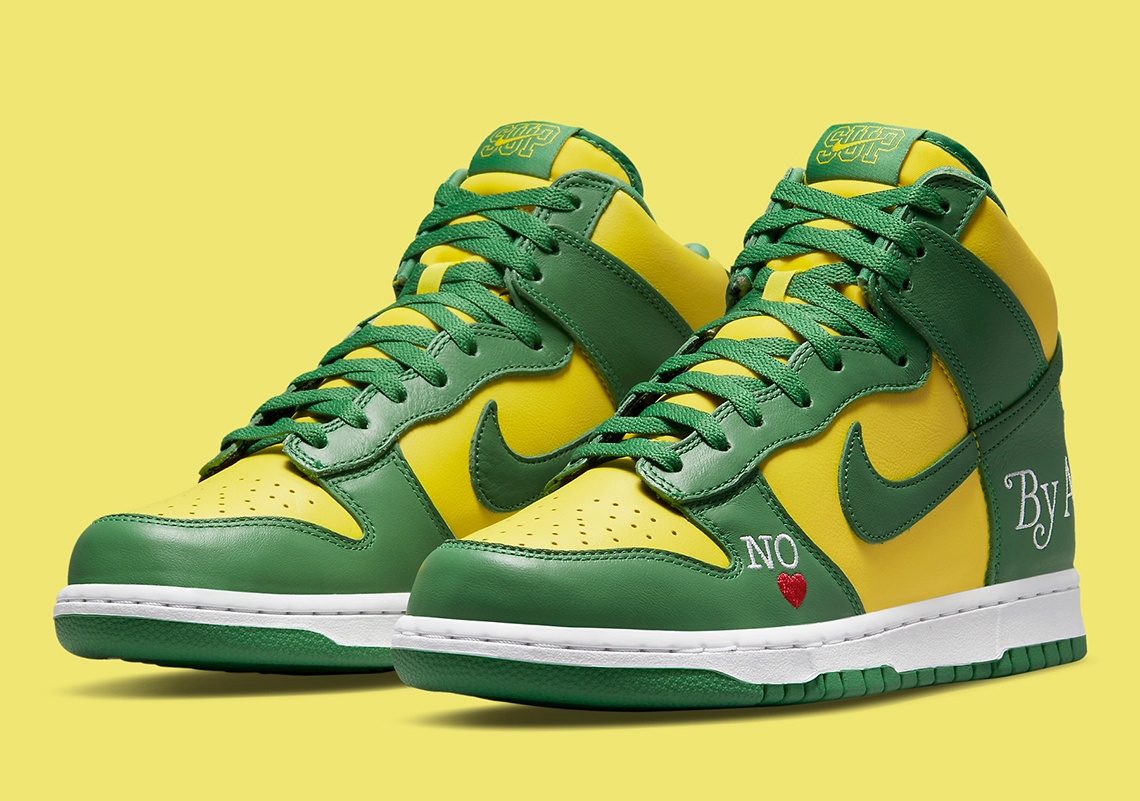 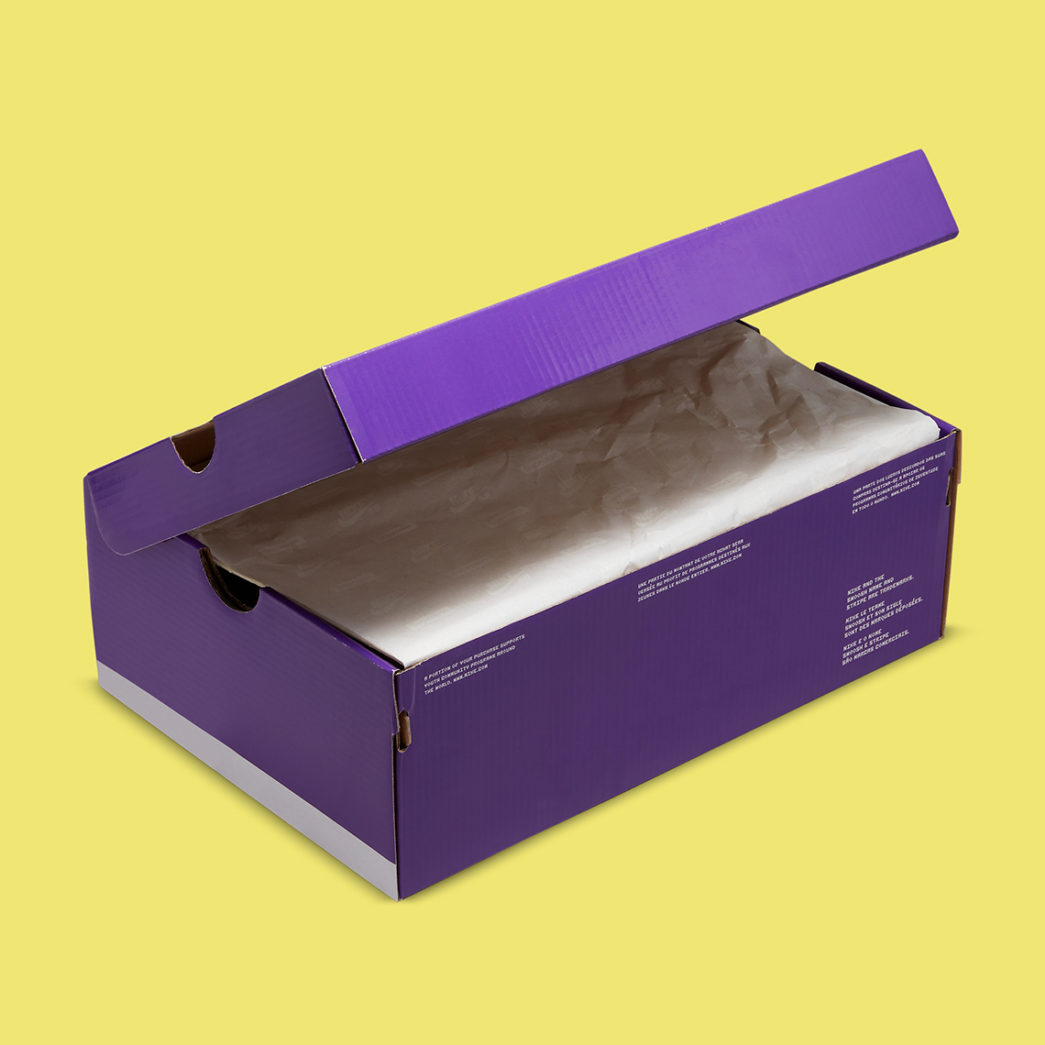 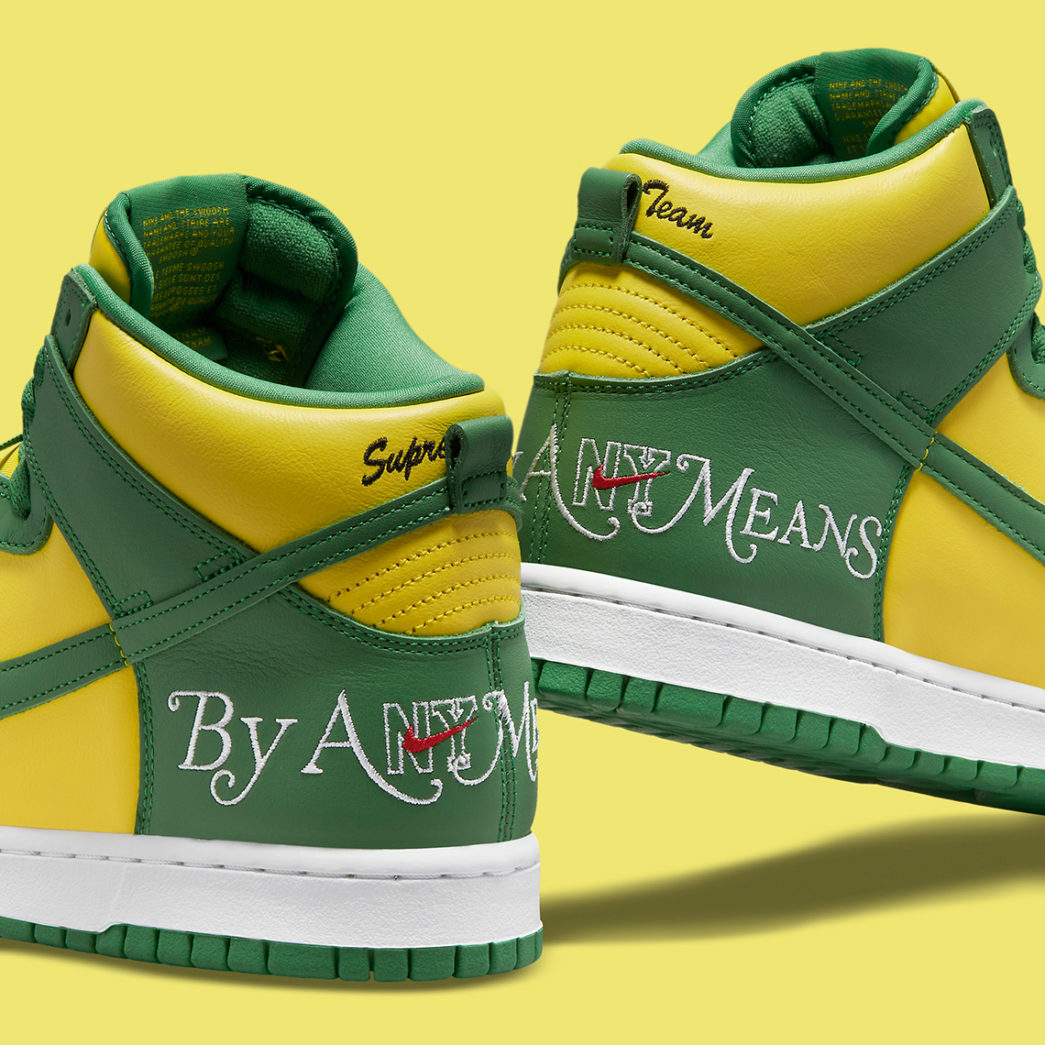 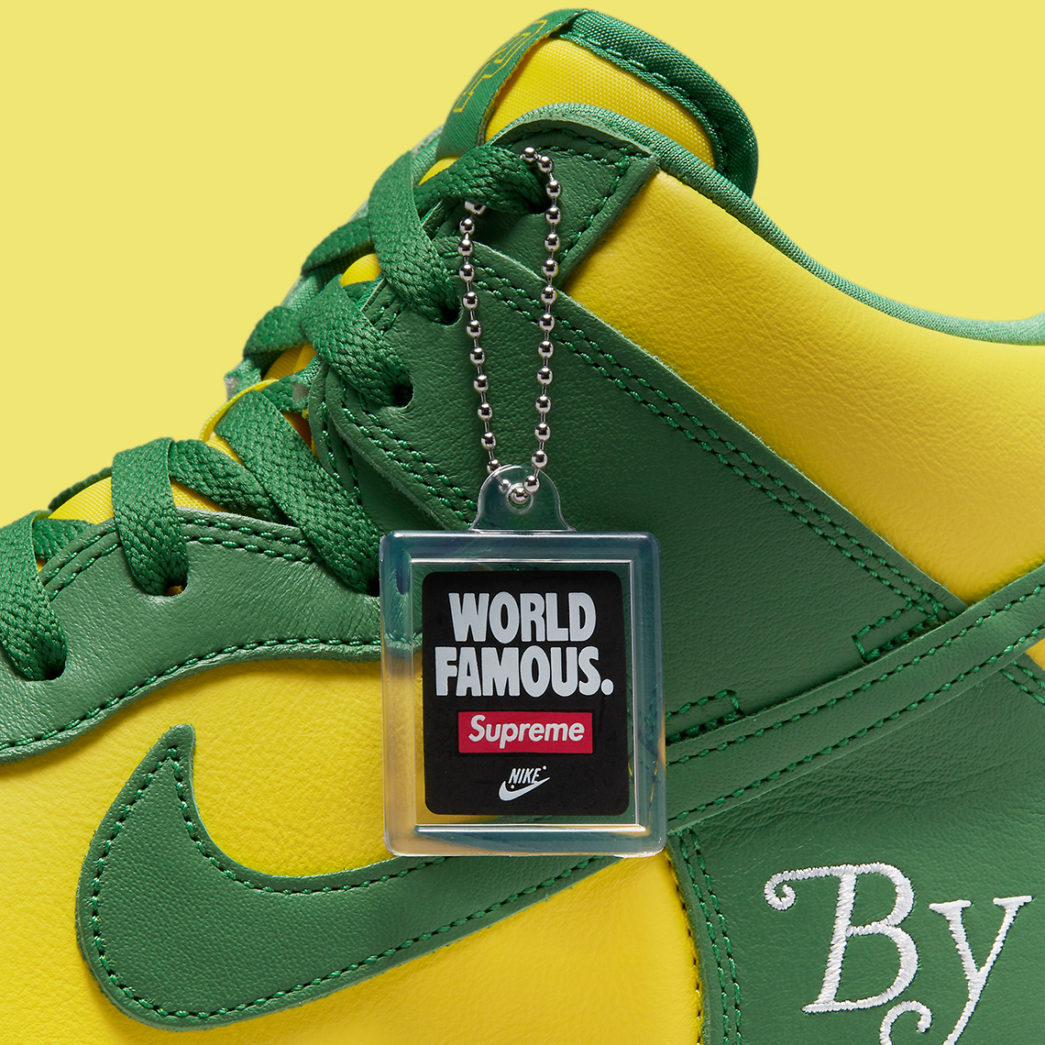 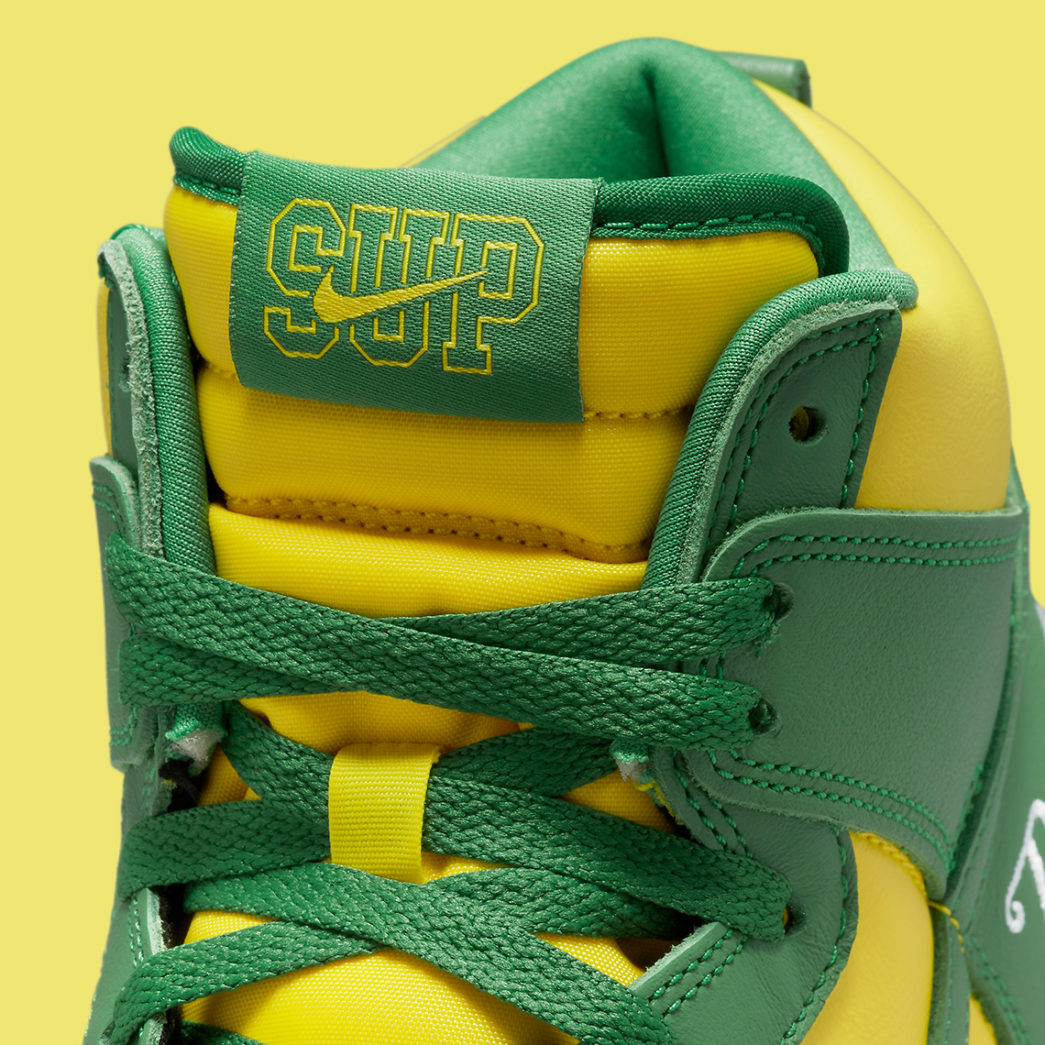