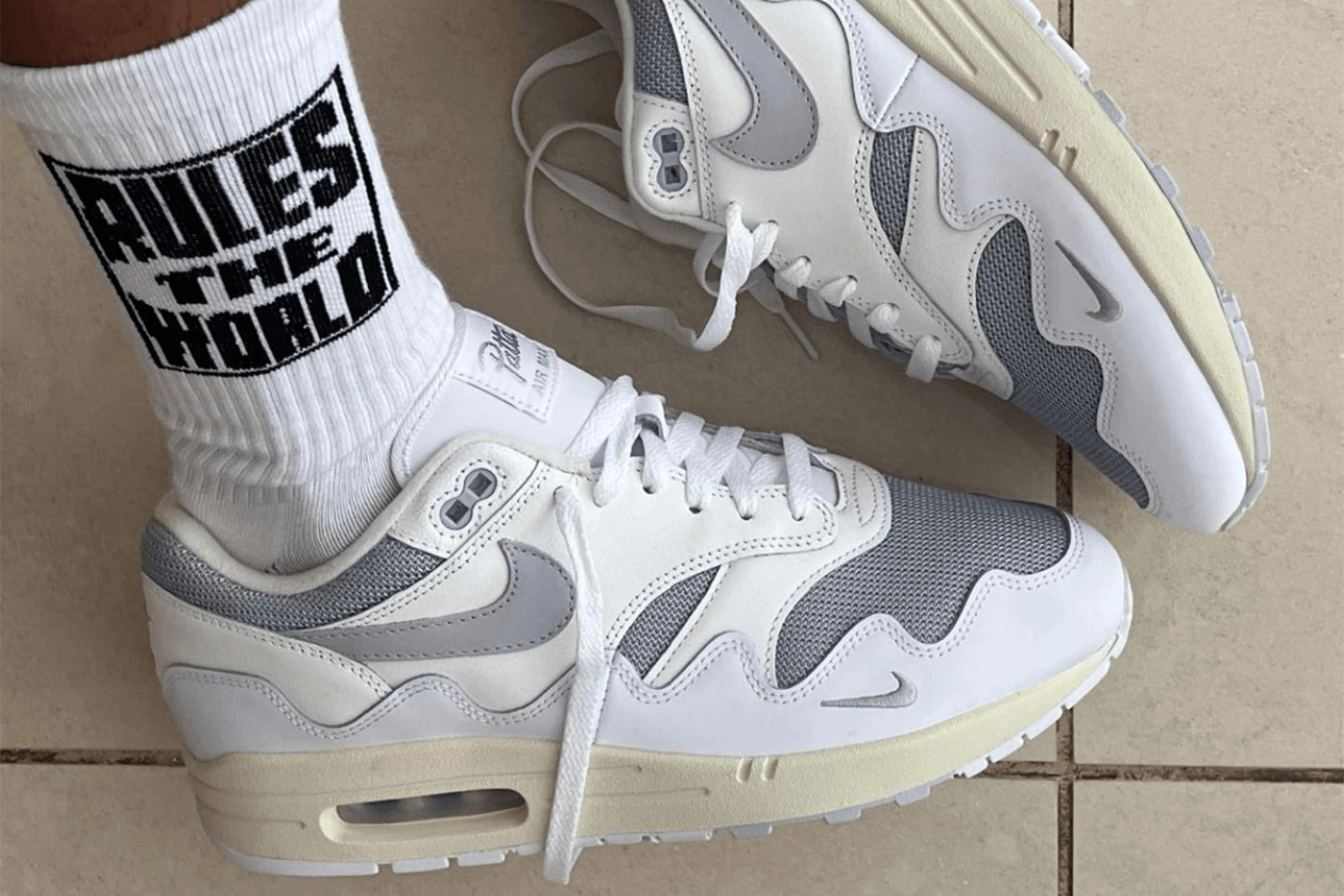 The release of the four different colorways of the Patta x Nike Air Max 1 'The Wave' series has already been a while ago. The kicks from this series were instantly recognizable by the wavy mudguard. The streets of Amsterdam were packed during this release and a lot of fans wanted a pair.

First came the 'Monarch' colorway, followed by the release of the 'Noise Aqua'. The last two colorways were the 'Rush Maroon' and 'Black'. Recently, the pair has been seen in a white and grey colour scheme.

The midsole of this sneaker is slightly yellowed, making the white wavy mudguard stand out even more. The outsole is also split between white and grey. As of yet, the Patta x Nike Air Max 1 in this colorway has only been spotted at Clint, known from Corteiz. Whether the pair will also get a release is not yet known. Follow us on Instagram to stay up to date! 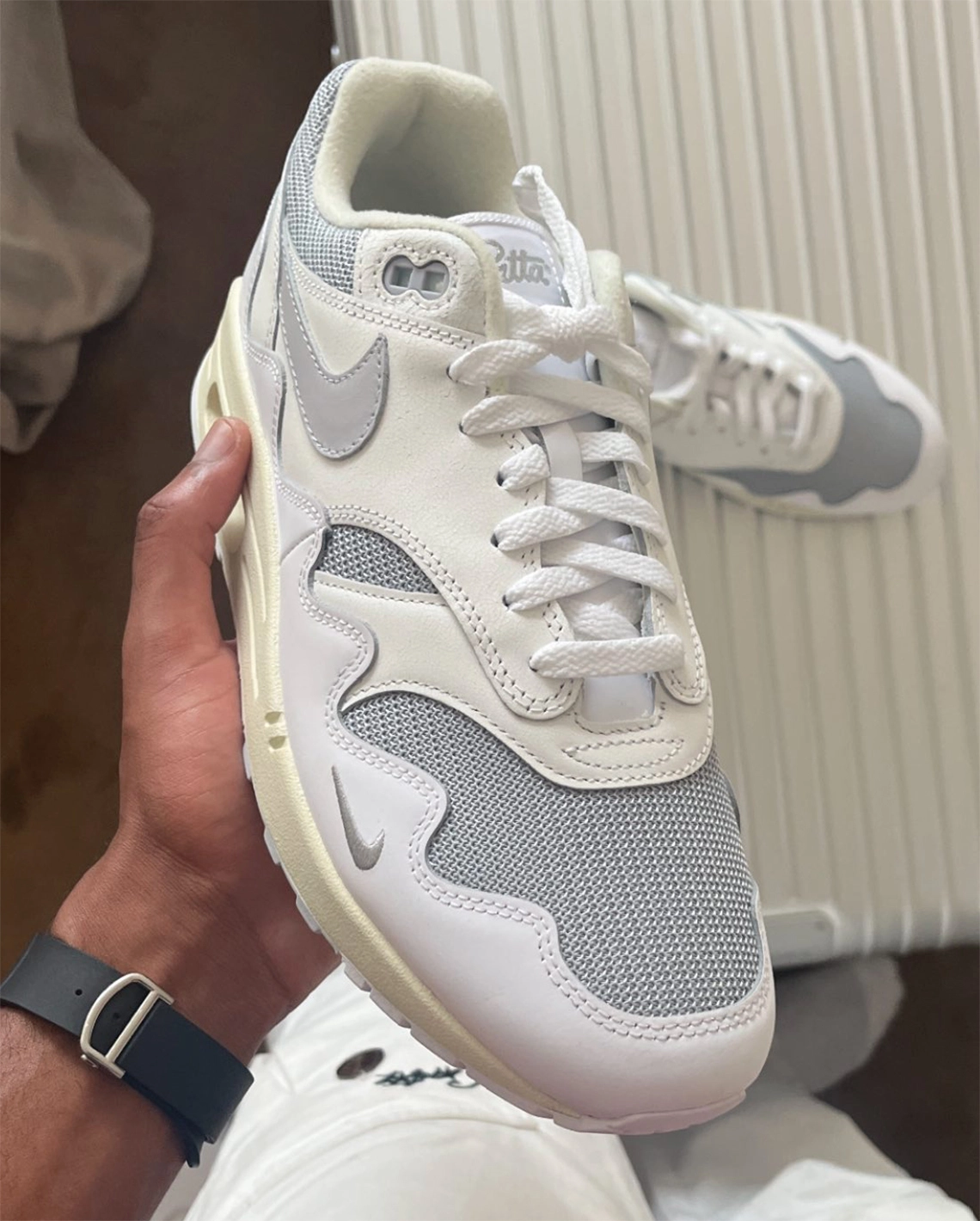 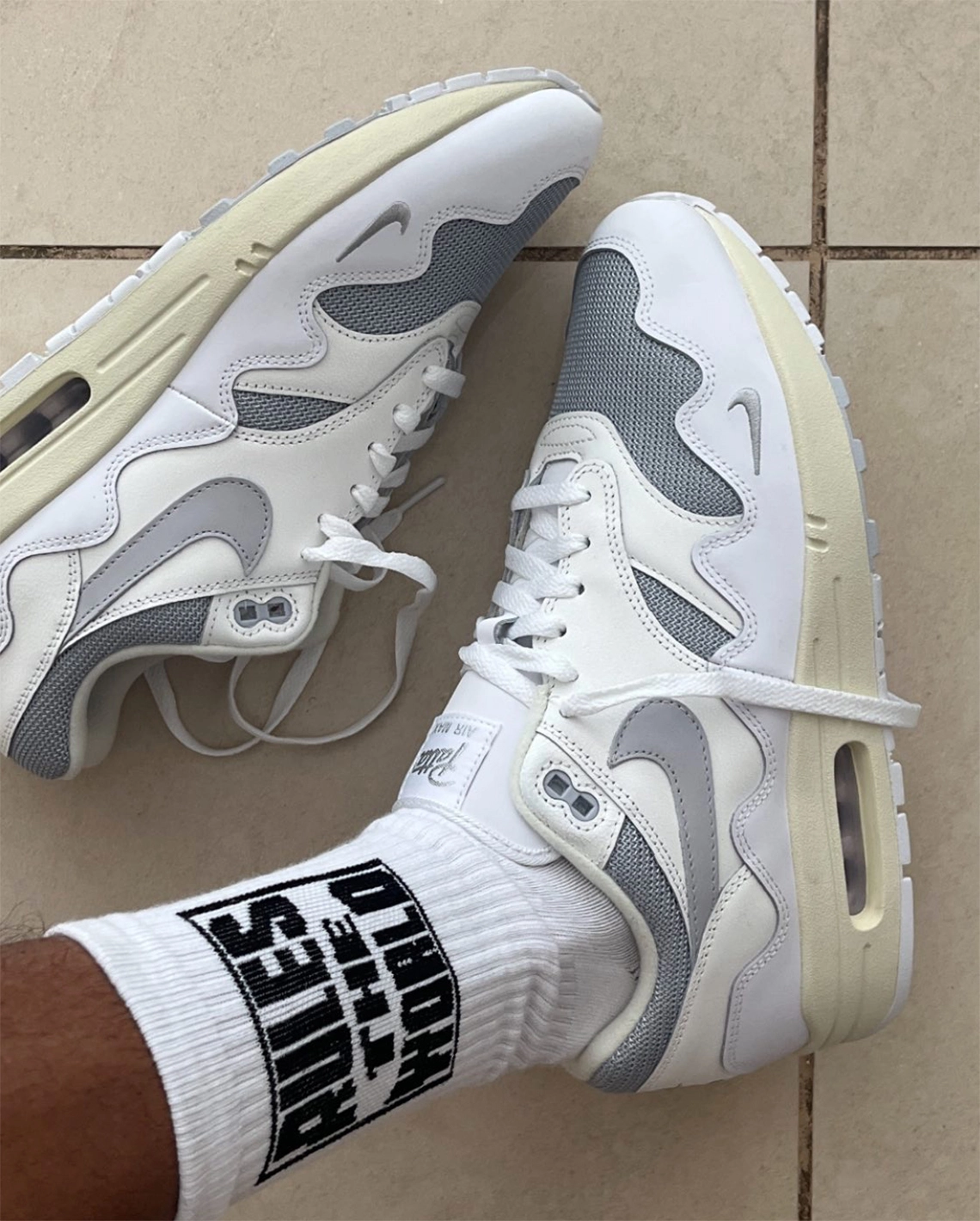