The Disney x adidas ZX8000 gets a 'Bambi' makeover 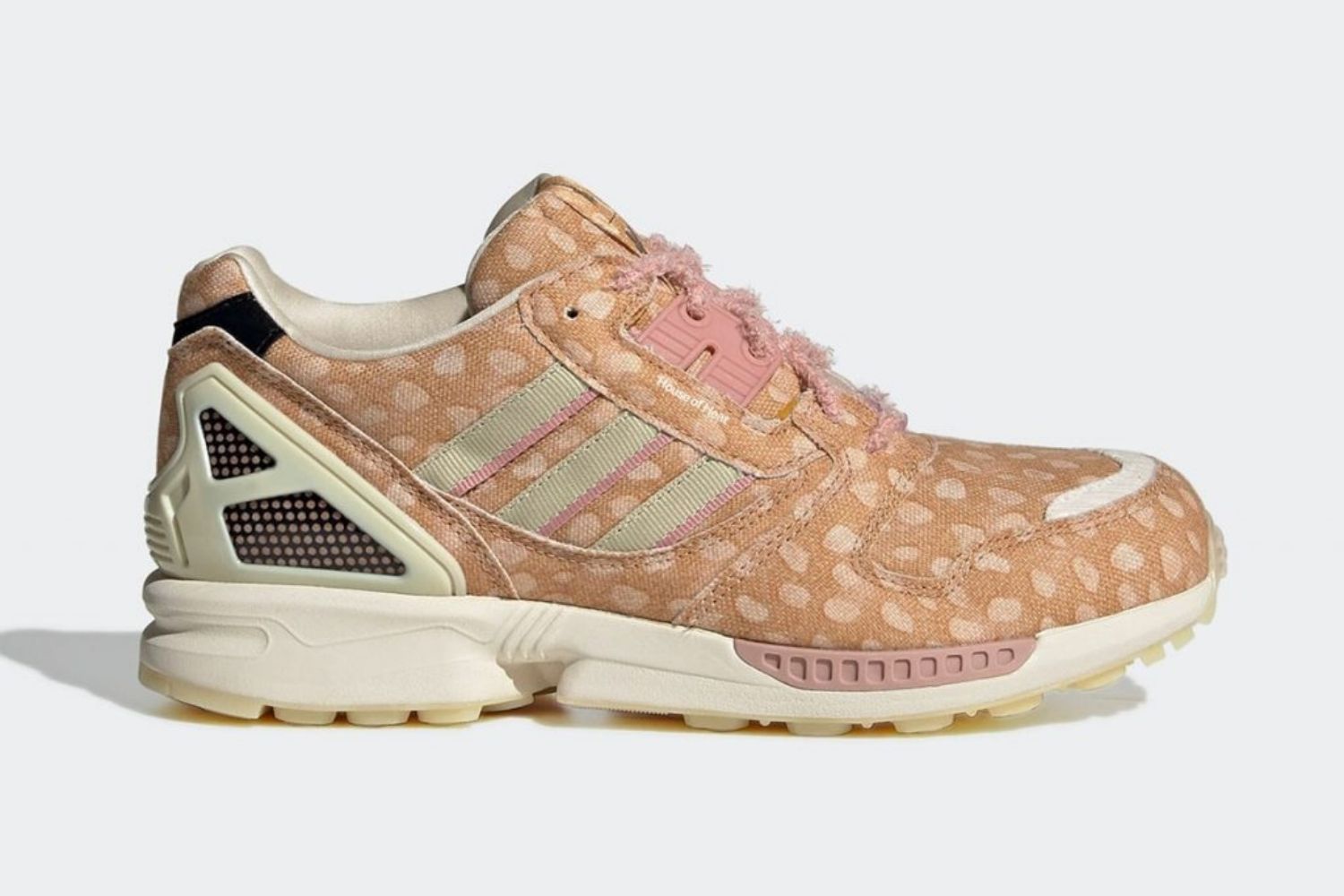 Check out more upcoming sneaker drops in our release calendar!

Disney and adidas come together and release a special pair. The Disney x adidas ZX8000 will get a 'Bambi' makeover and will most likely be released at the end of 2021.

Bambi is an American cartoon from 1942. For those who do not know the classic, the film is about a deer called 'Bambi'. Together with his friends Stampertje and Bloem, they go on an adventure to explore the forest. Together with Disney, adidas brings this classic back on the ZX8000.

The design is completely inspired by Bambi. First of all, the shoe has been given a light brown upper on which spots can be found. These refer to the fur of the deer. Next, there are also black accents on the heel and these give us a nod to the ears and nose of Bambi.

To complete the pair, pink accents can be found at the laces and the three stripes on the middle panel. The deer is featured on the insoles along with the Disney and adidas logos.

Unfortunately, the Disney x adidas ZX8000 'Bambi' has not yet received an official release date. The pair will most likely be released at the end of 2021.