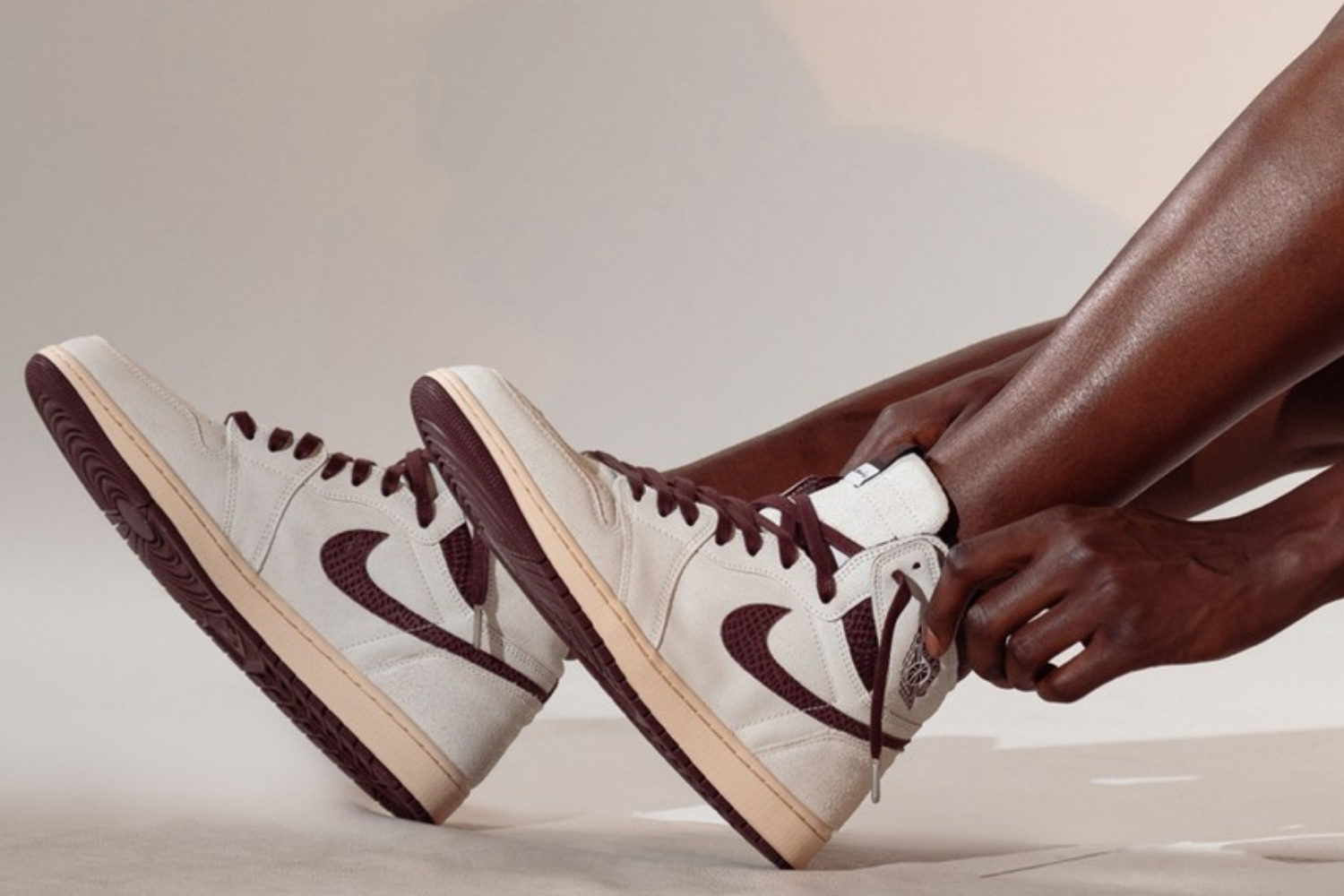 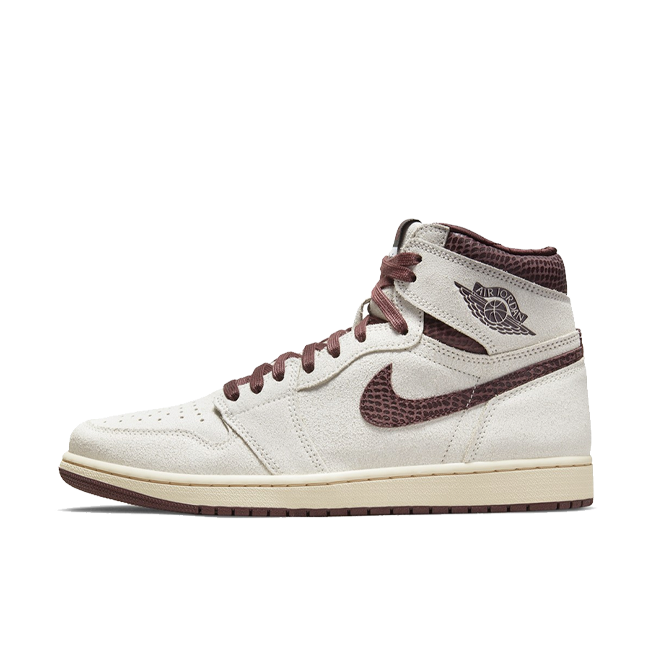 The A Ma Maniére x Air Jordan 1 High is coming with a major release. The silhouette has a chic look and combines suede with snake pattern.

The shop has already collaborated with Nike once before in 2021. For example, both names came up with the Air Jordan 3 'Raised By Women'. Like the upcoming Air Jordan 1, this model has a minimalist and luxurious design. The Atlanta-based shop also teamed up with Nike to release an Air Force 1 in 2019.

The AJ1 has been given an upper in the colour 'Sail'. The upper is made of suede and the Swoosh on the middle panel is coloured 'Burgundy'. The Swoosh has been given a snake motif. The snake pattern is also found on the heel, giving the model a luxurious look.

The Wing logo colours burgundy and the label on the tongue features A Ma Maniére's logo. The satin collar and off-white midsole also give the pair a unique design. 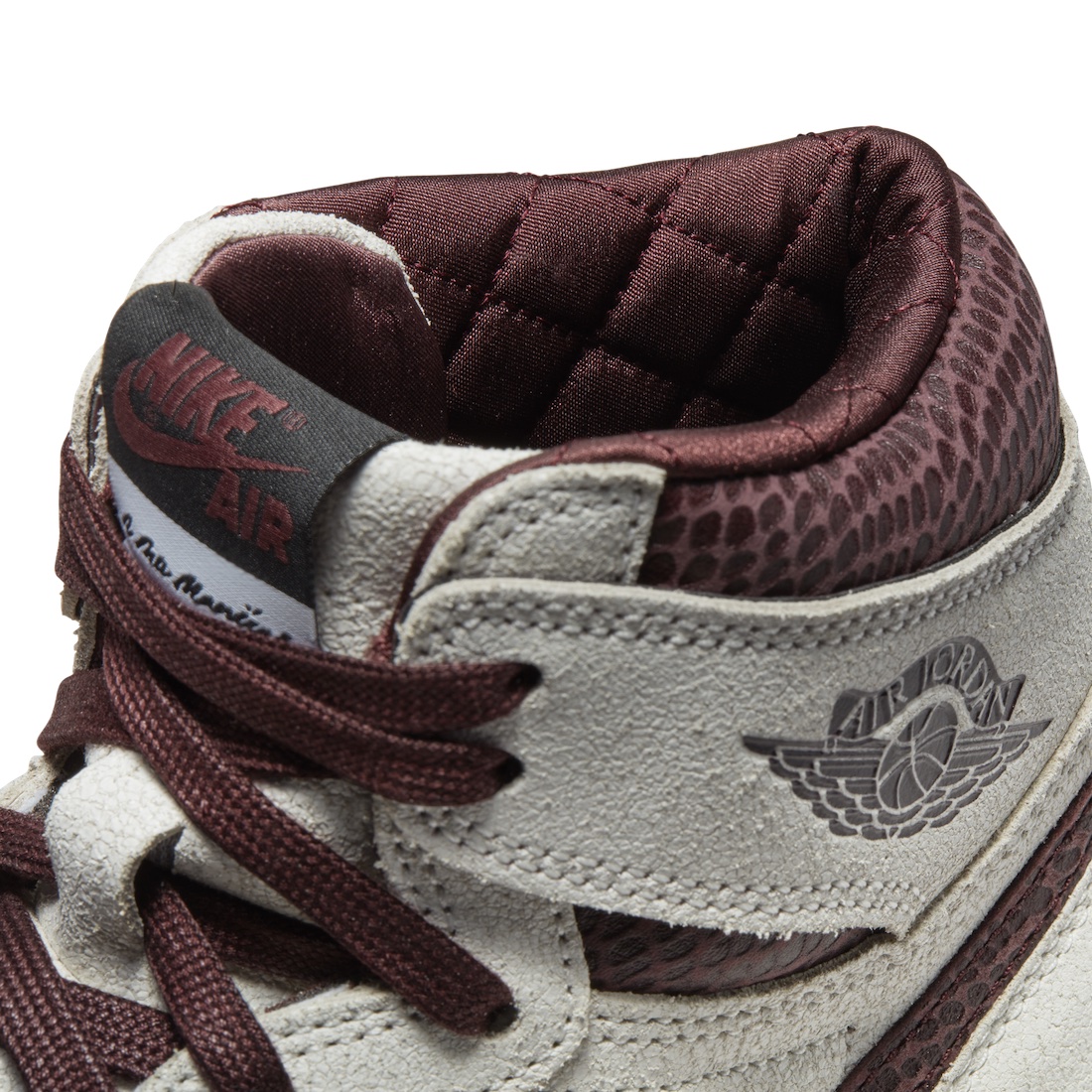 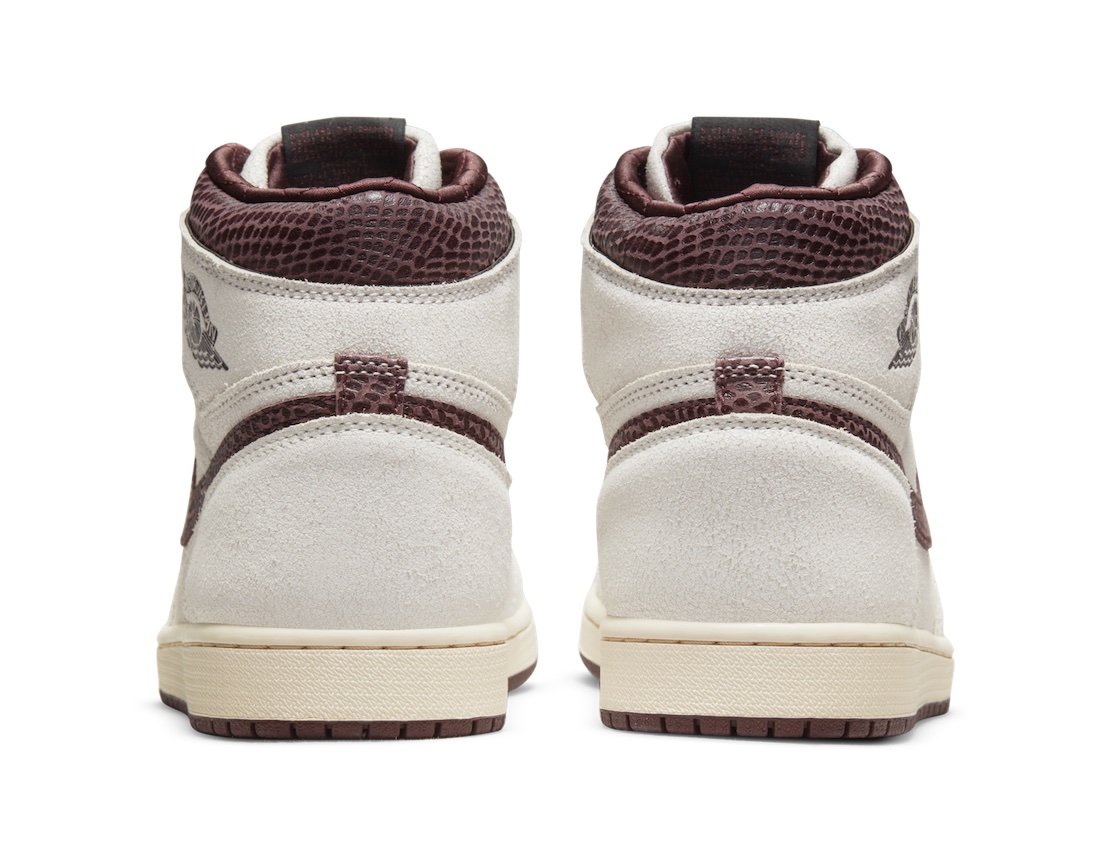 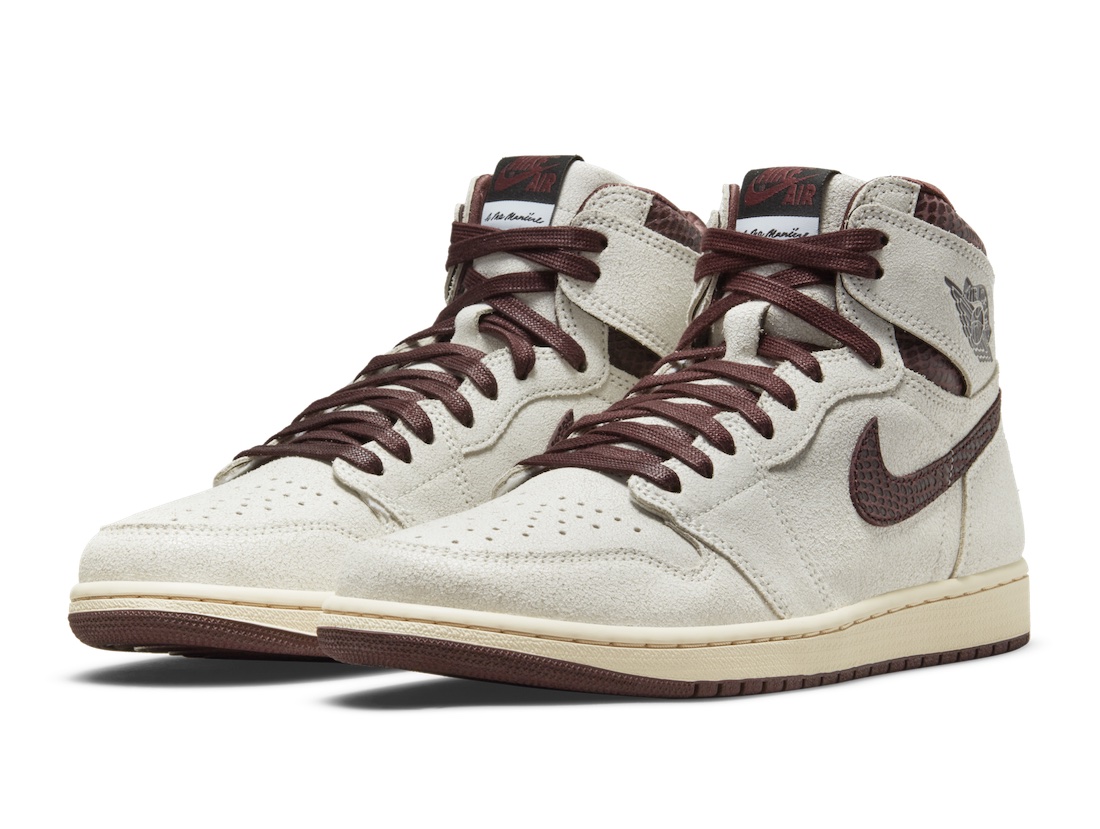 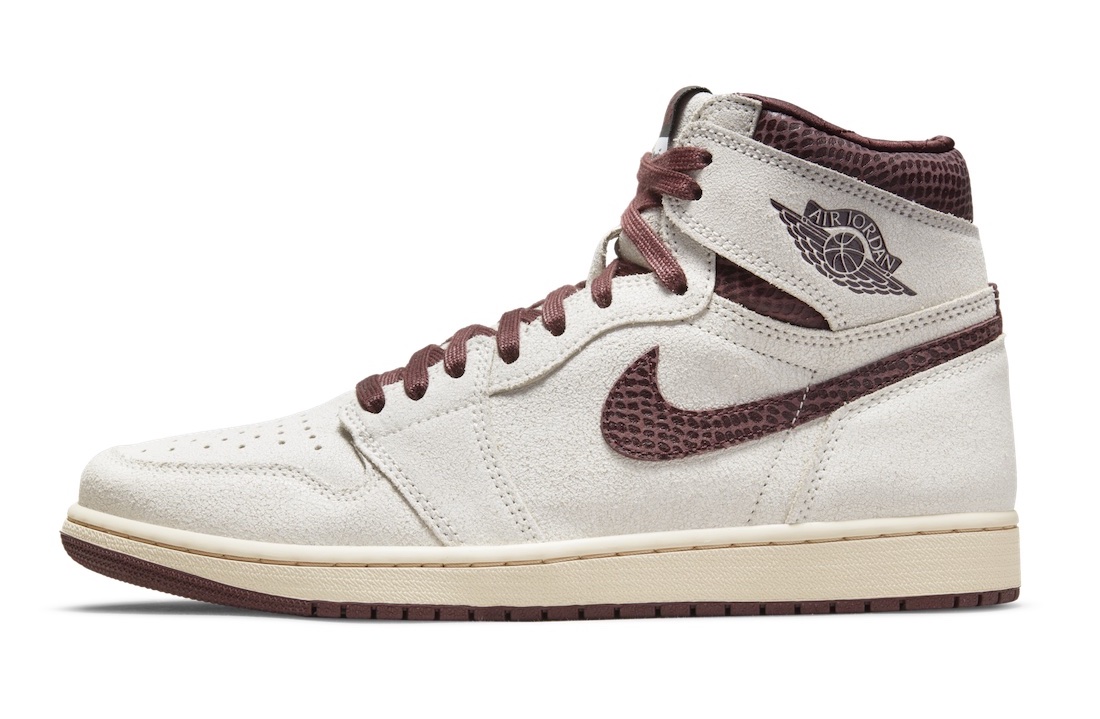