Nike unveils an updated version of the Air Trainer 1 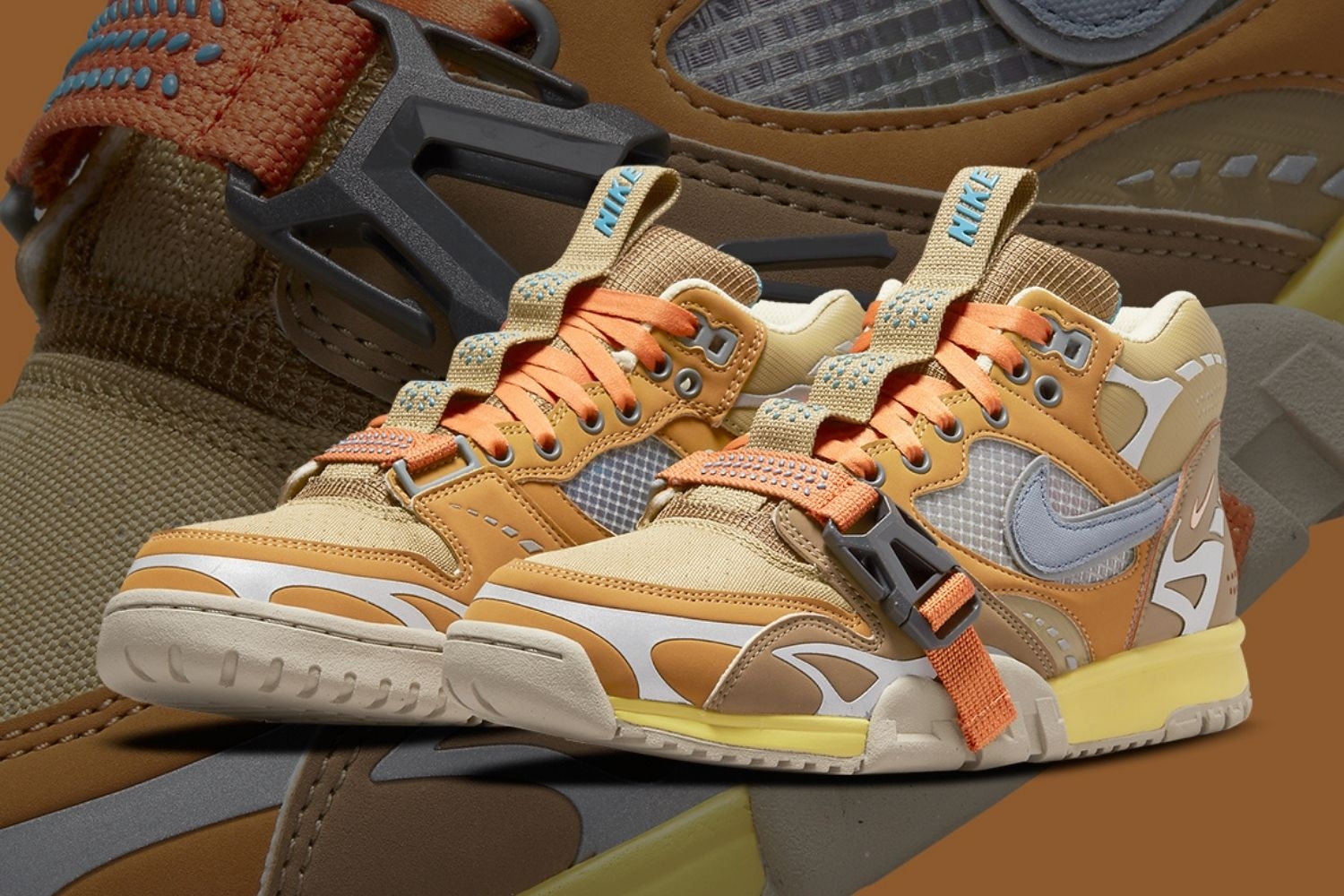 Nike comes with the Air Trainer 1 SP 'Coriander'. The sneaker has been given a remarkable design and will most likely be released in 2022.

The Nike Air Trainer 1 first appeared in 1987 and was designed by Tinker Hatfield. The shoe made its debut on the tennis courts by John Mcroe and became the first cross-training sneaker. Rapper Travis Scott also had two colorways of the Air Trainer 1 ready, but the release of these pairs were put on hold due to the recent incident at the Astroworld Music Festival.

Now Nike releases an updated version of the model in a 'Coriander' colorway. The sneaker combines different shades of brown and has some adjustments. The base is made of mesh and the accents on the nose and heel are reflective. The shoe is also constructed from leather and textile.

Unlike its predecessors, Nike omits the traditional strap on the toe cap with this pair. Instead, the brand adds a buckle. The laces have also been modified. Here, a brown element can be found and gives the silhouette more shape.

The Swoosh on the central panel is stitched in silver, as are the lacing eyelets and buckle. Finally, the midsoles have a yellowed colour and there are blue and orange accents all over the shoe.

The exact release date of the Nike Air Trainer 1 SP 'Coriander' is not yet known. The kicks will most likely be released in 2022. 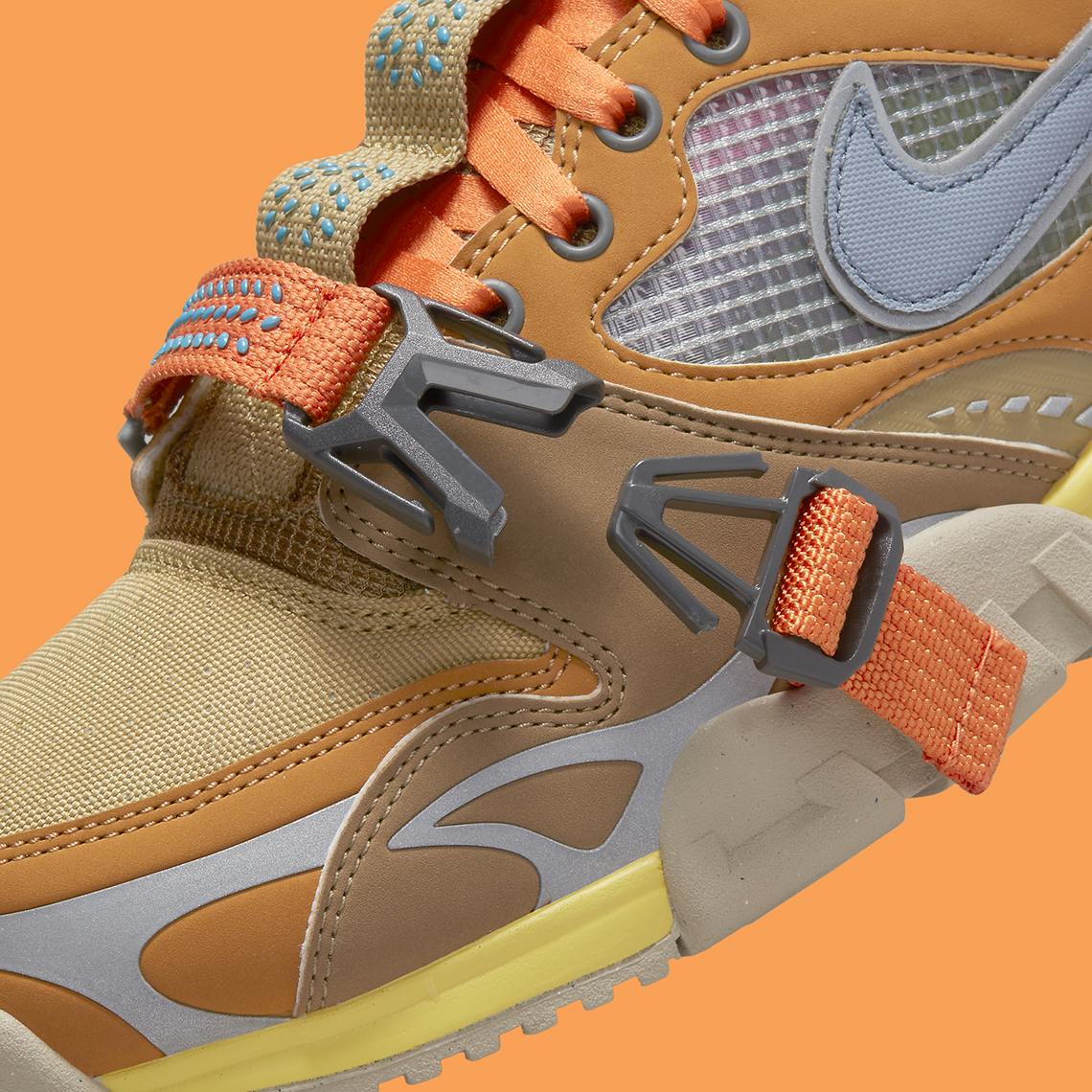 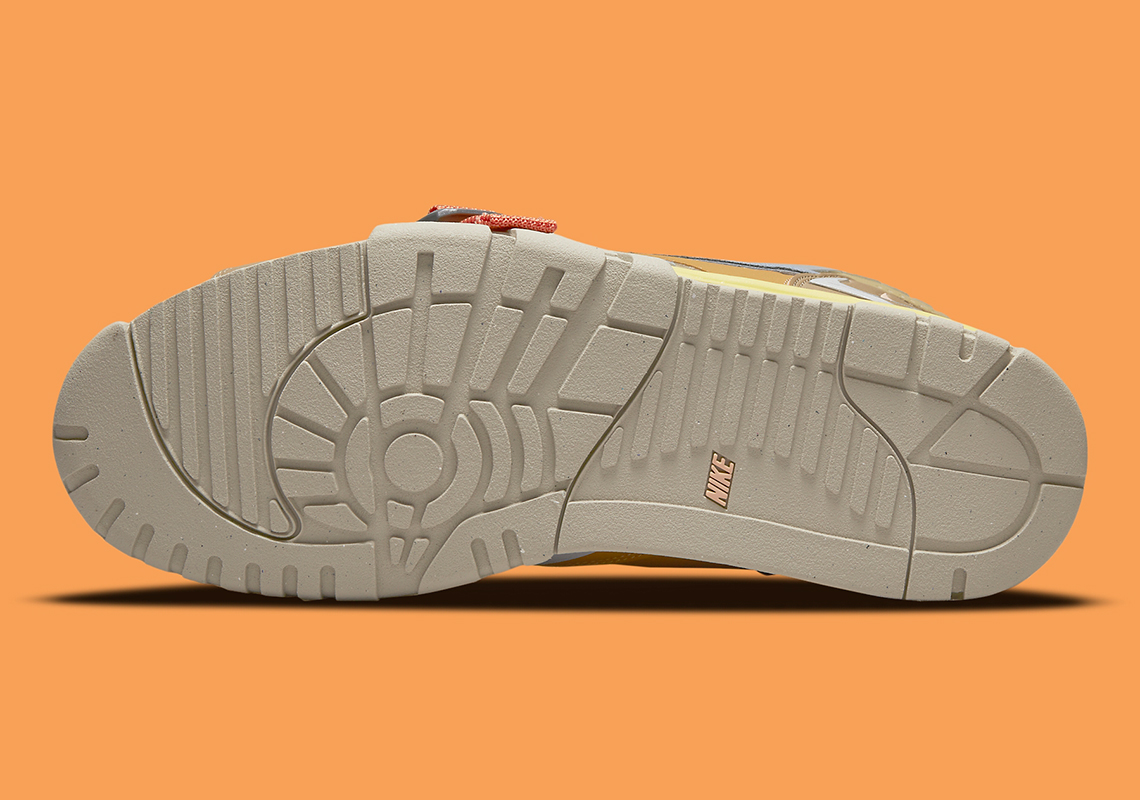 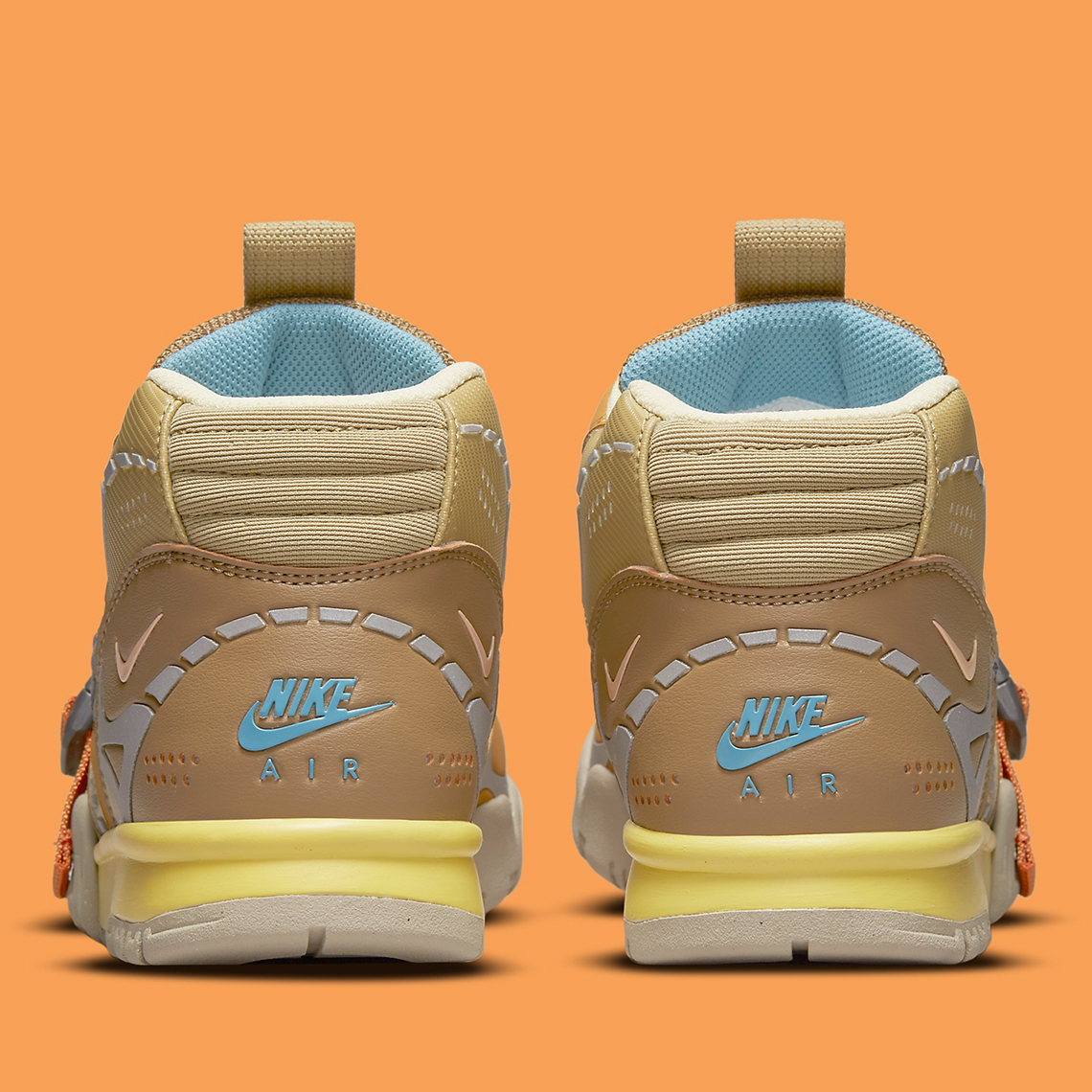 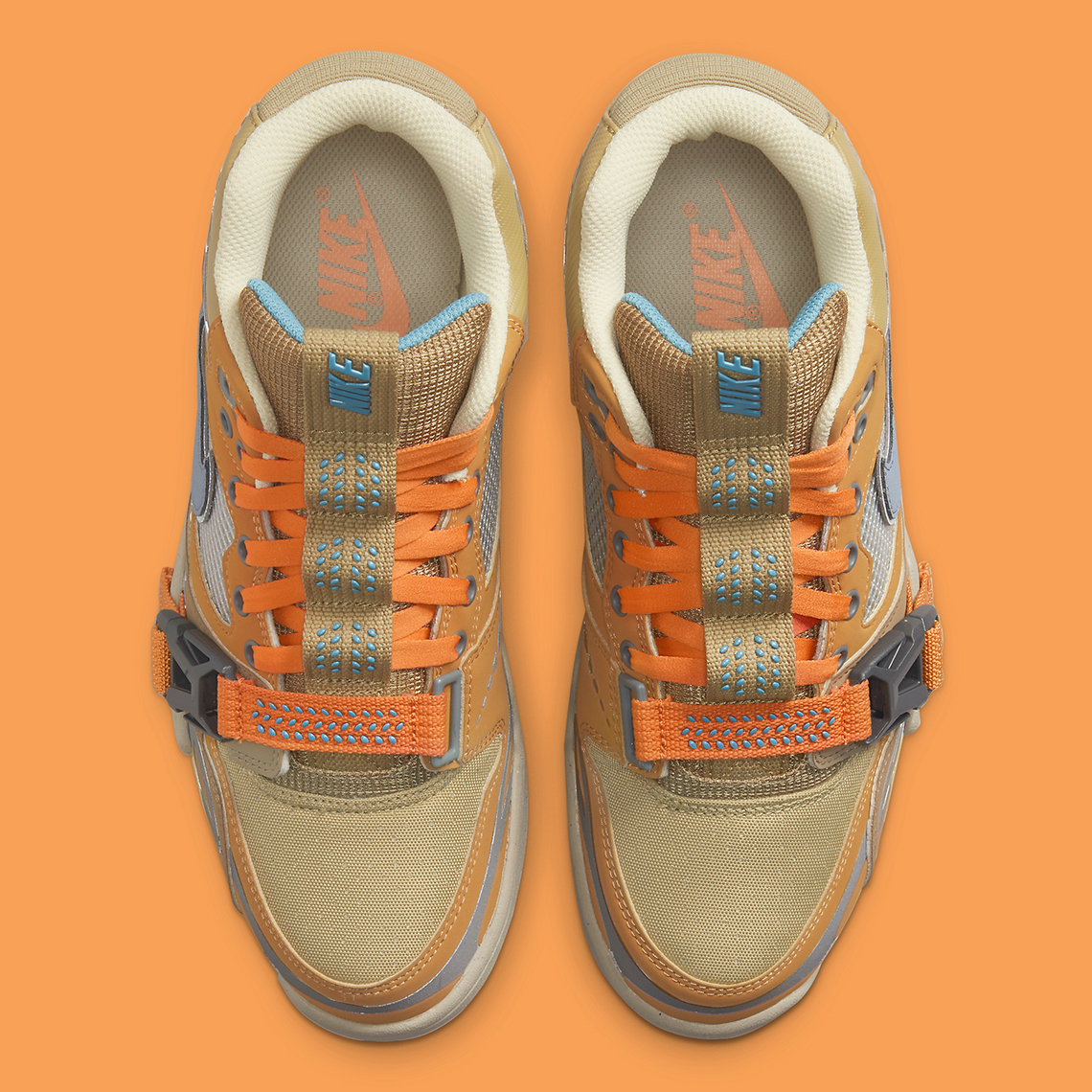 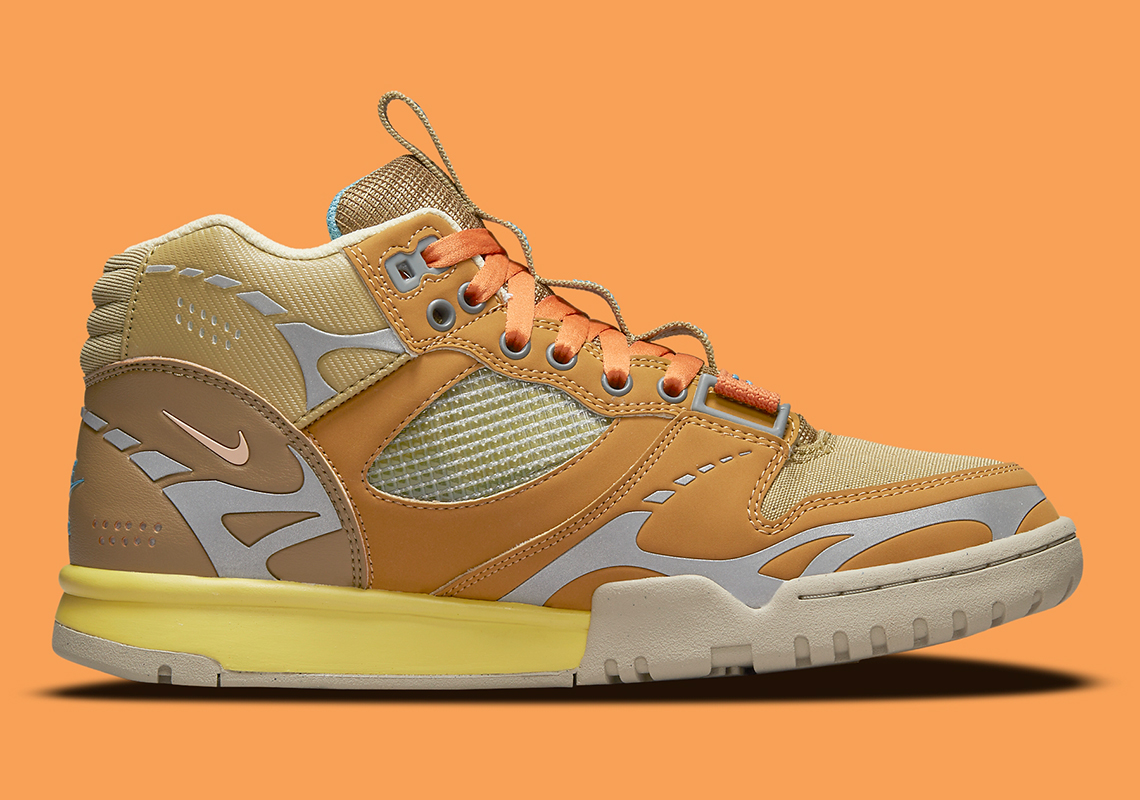 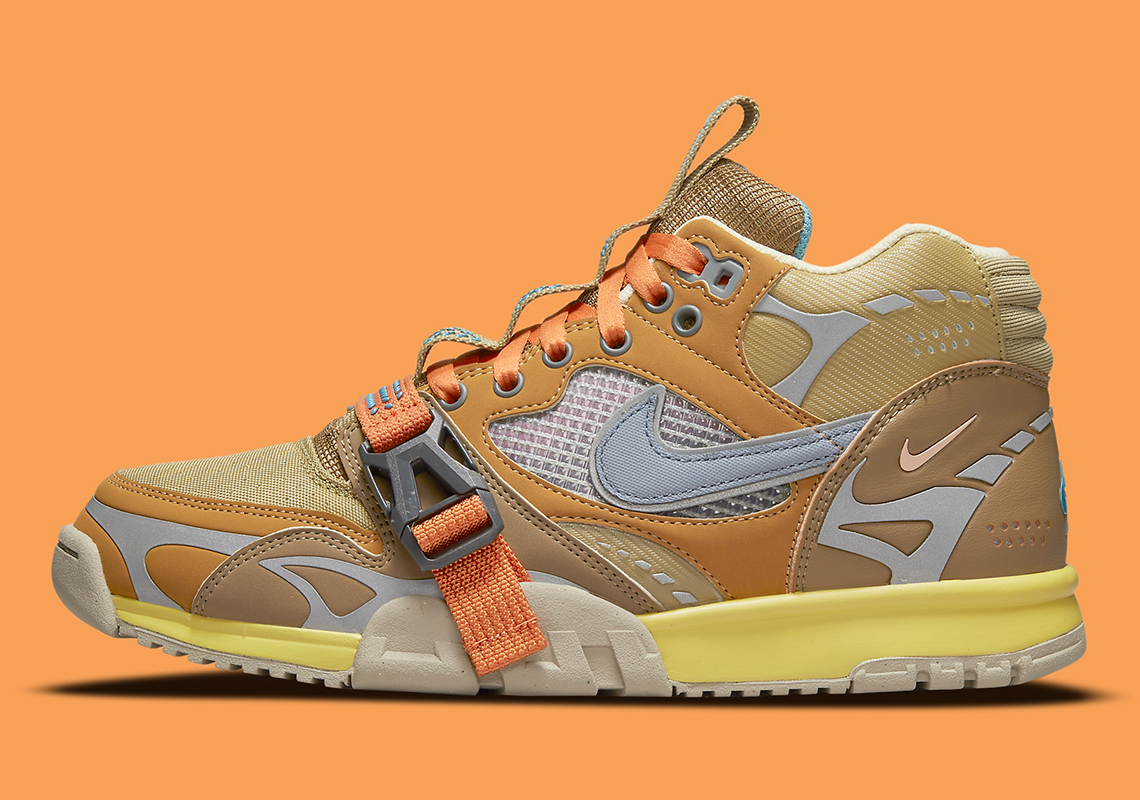 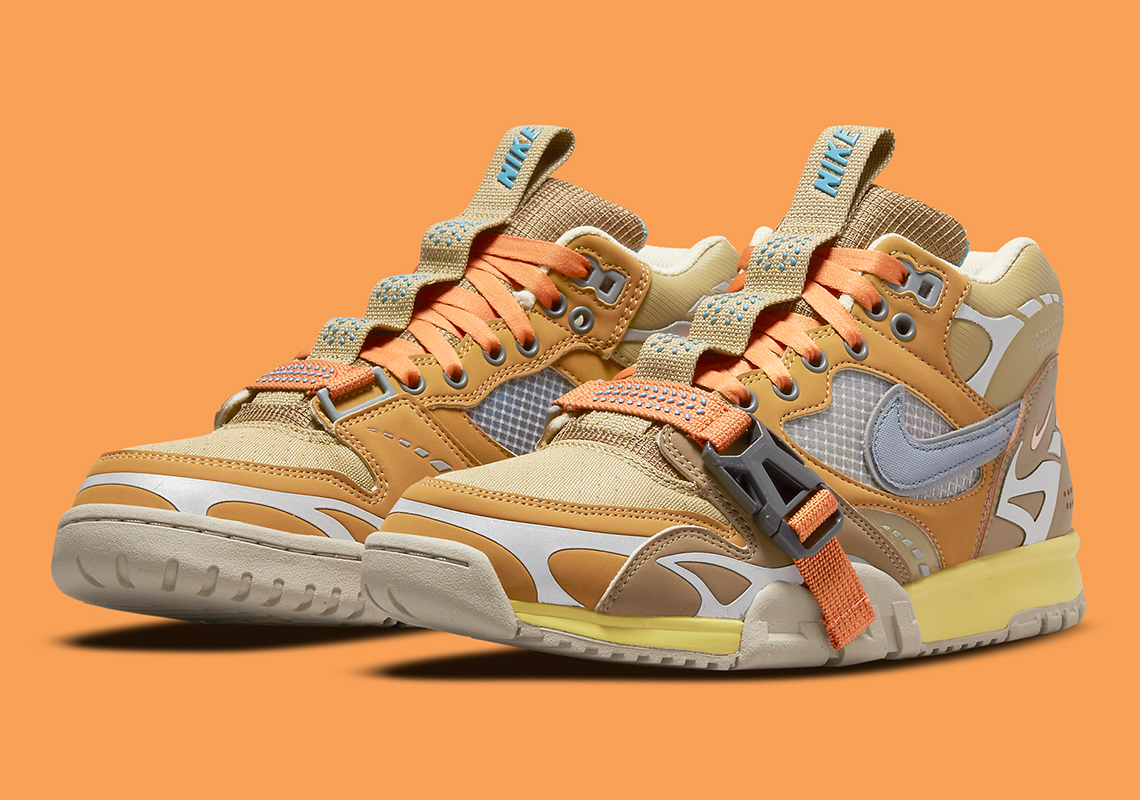 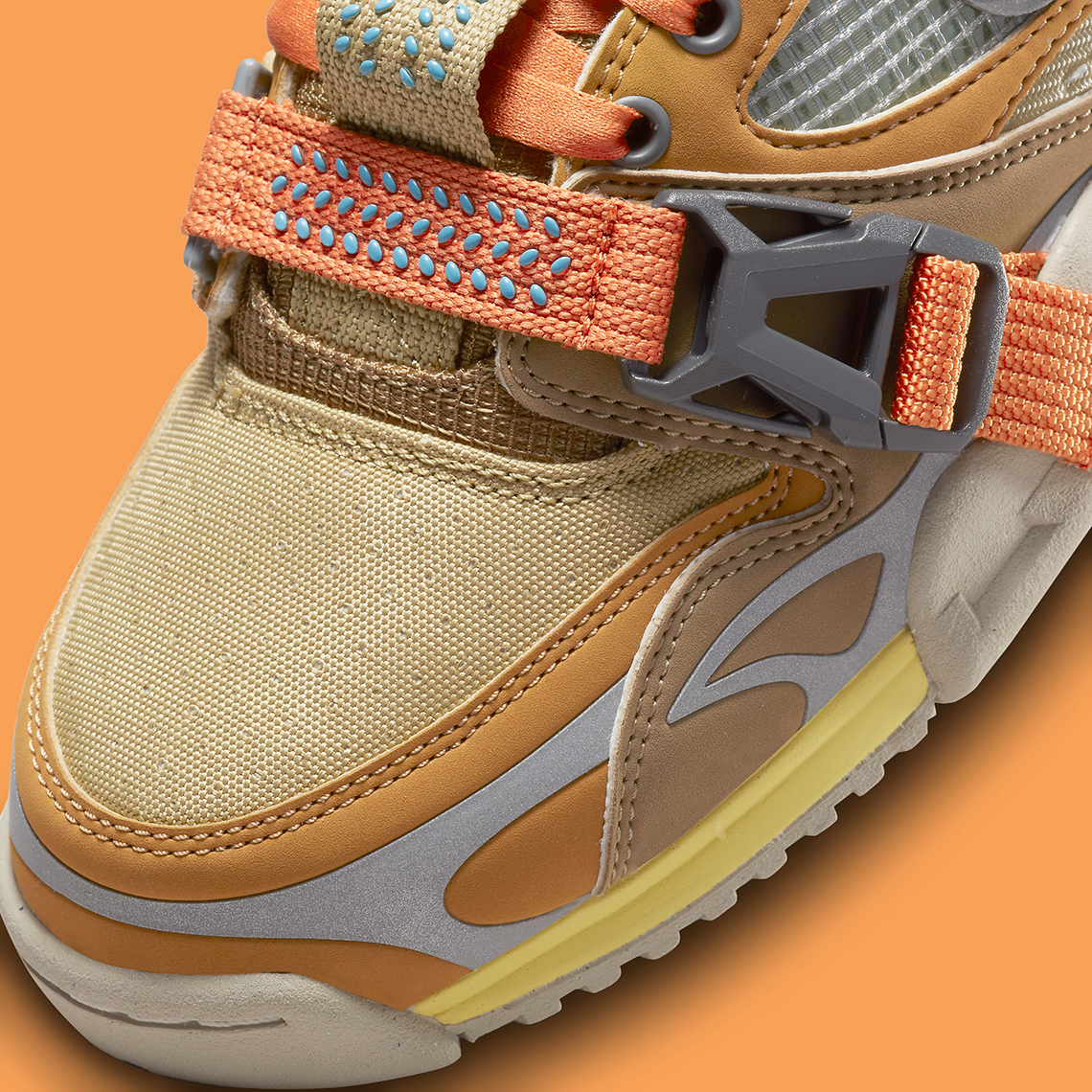 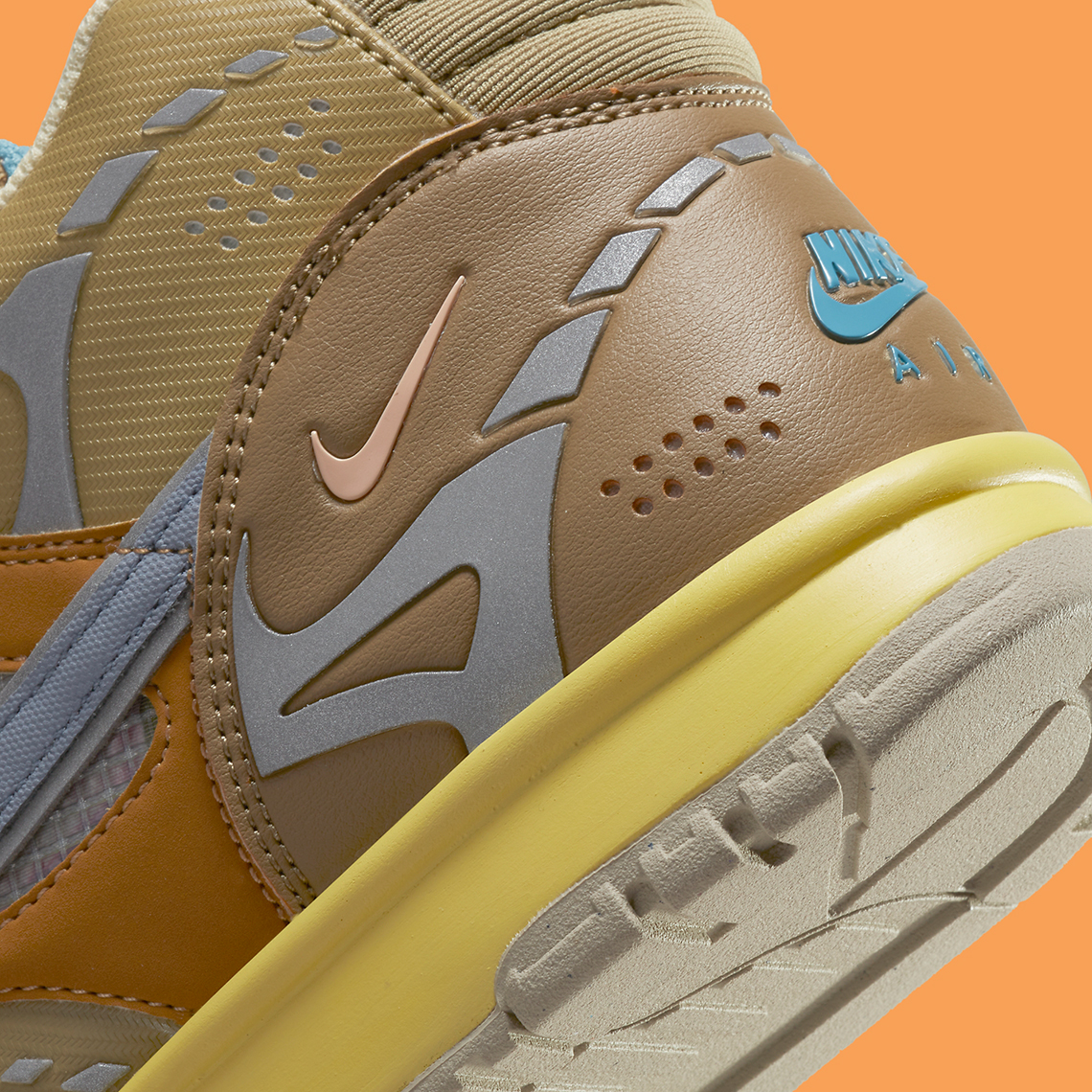