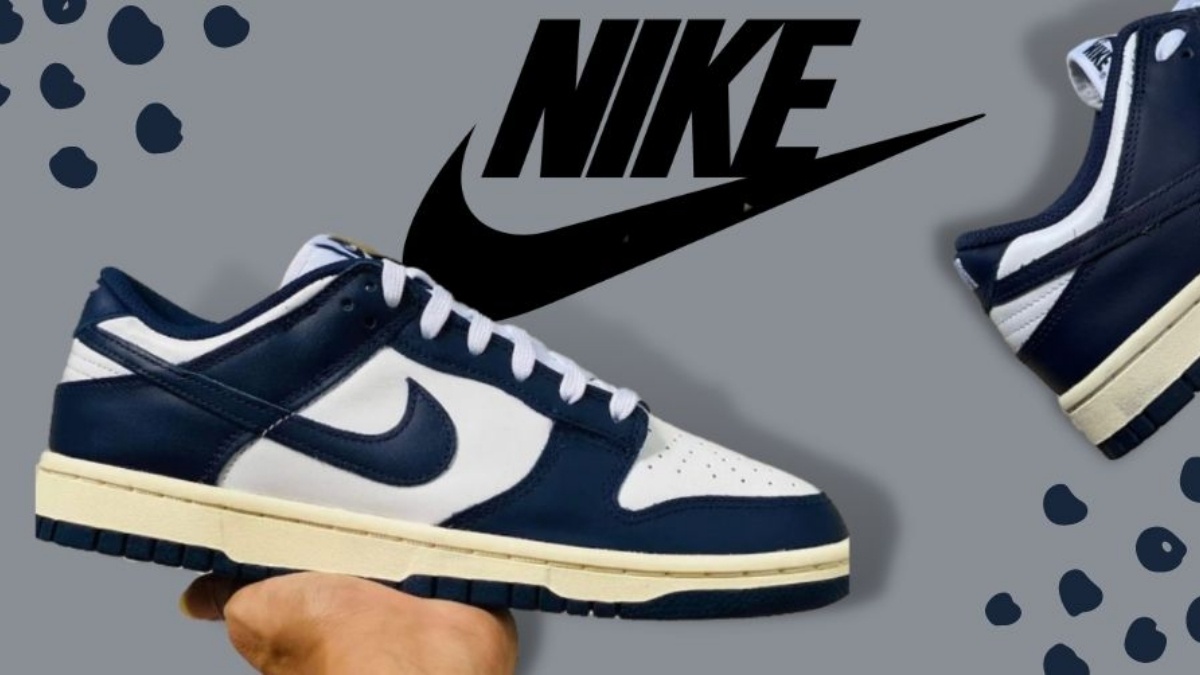 Nike releases a new Dunk Low. The 'Vintage Navy' has been given a retro look and takes its inspiration from the 'Villanova'. The pair is expected to be released in 2021.

The 'Vintage Navy' takes its inspiration from the Dunk High 'Be True To Your School' series. This pack also included the familiar colorways like the 'Michigan', 'Syracuse' and the 'St. John's'. Also included in this pack was the 'Midnight Navy' colorway. The navy blue colours of this pair can be found on the upcoming "Vintage Navy".

So the Dunk Low 'Vintage Navy' already has a familiar colorway. The new pair has a white upper and the overlays are dark blue. The swoosh and heeltab are also navy blue. The upper of the Dunk consists of leather and on the label on the tongue is the Nike logo stitched.

The midsole of the sneaker has been given a vintage look and is pre-yellowed. The outsole has been given the same navy colour as the overlays on the upper. On the outsole you can see the Nike logo.

The Dunk Low 'Vintage Navy' does not yet have an official release date. However, the pair is expected to be released in 2021. Keep an eye on our release calendar to not miss out on this drop. Also, don't forget to download our free app and stay tuned for all the latest updates and releases.