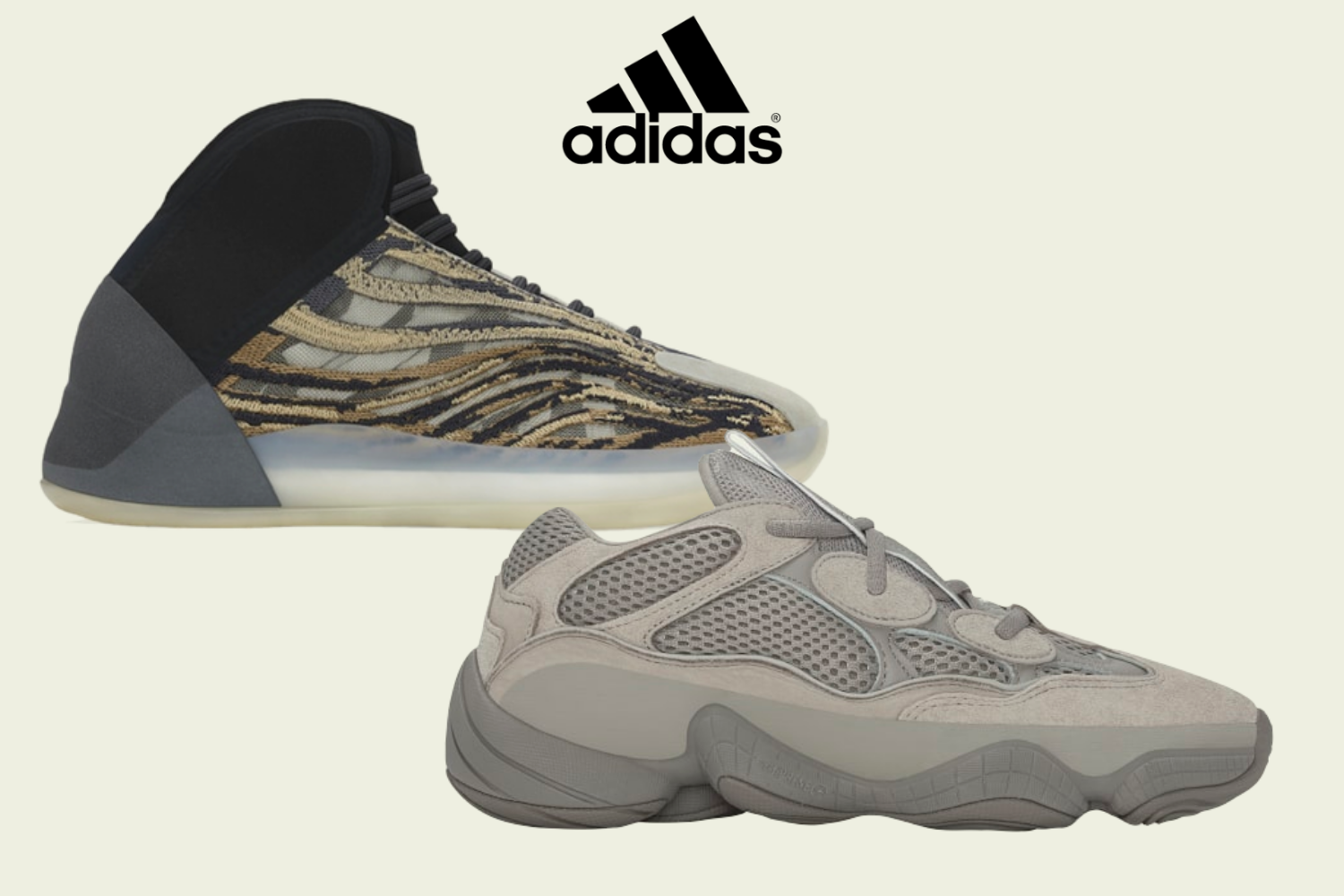 At adidas Confirmed, exclusive adidas models release. Think of different Yeezy models or the HU NMDs in collaboration with Pharrell Williams. Also, future releases are announced here and you can read background stories about the collaborations.

The next releases of Yeezy have also been announced at adidas Confirmed. It concerns the Yeezy QNTM 'Amber Tint' in Family sizes. The model will come in adult, kids and infants sizes. The Yeezy 500 also comes with a new colorway. The 'Ash Grey' comes in adult sizes and is also available via adidas Confirmed.

The QNTM will be released on 3 December 2021 at 8:00. The model has had multiple colorways and has a somewhat futuristic look. The QNTM has a sock-like feel and a streamlined design. The 'Amber Tint' combines different shades of grey and has gold-coloured details.

The upper combines the colours black, grey and various shades of gold. The upper is coloured light grey with gold-coloured stripes running across it. These stripes run from the nose to the collar and have been given a shimmer. The colour black also returns in these lines and contrasts well with the gold.

A light grey suede element is placed on the nose. The tongue is black and matches the collar. The midsole is off-white and translucent. The midsole runs across the upper and gives the model sturdiness. The grey heel cap also gives the foot support. In addition, the midsole has Boost technology, which makes it a comfortable sneaker.

The 'Amber Tint' also comes in Kids and Infants sizes. The sneakers share the same design and will also be dropped on 3 December 2021. The kids sizes go from 28 to size 35.5. The infants sizes go from 19 to 27.

The second model to be released in December is the Yeezy 500 'Ash Grey'. The sneaker will be released on 4 December 2021 at 8:00 am. The 500 model has a striking look and combines different materials. The upper is made of mesh and has suede overlays. The model shares the 'Ash Grey' colour from head to toe. The soles are also this shade of grey.

The pair features a host of striking elements on the upper. The overlays extend to the collar and have a dynamic shape. There are also suede elements at the lacing eyelets. The mudguard is a lighter shade of grey and is made from suede.

The midsole has a striking look and a chunky design. There are protruding elements at both the toe and the heel. At the nose, the adidas logo is printed in the midsole. Also on the insole are the adidas and Yeezy logos.

Both pairs are on the adidas Confirmed app. Sign up through the app for a chance to win the 'Amber Tint' or 'Ash Grey'. Both sneakers will be entered into a draw and the pairs will be raffled off among the people who enter. To be in with a chance of winning the pairs, you will need an adidas Confirmed account.